Accessibility links
Bonds Pay Less Than Zero As Investors Flee To Safety Germany became the latest country where investors are paying the government for the privilege of owning bonds. It's usually the other way around. Global economic fears are driving this unusual trend. 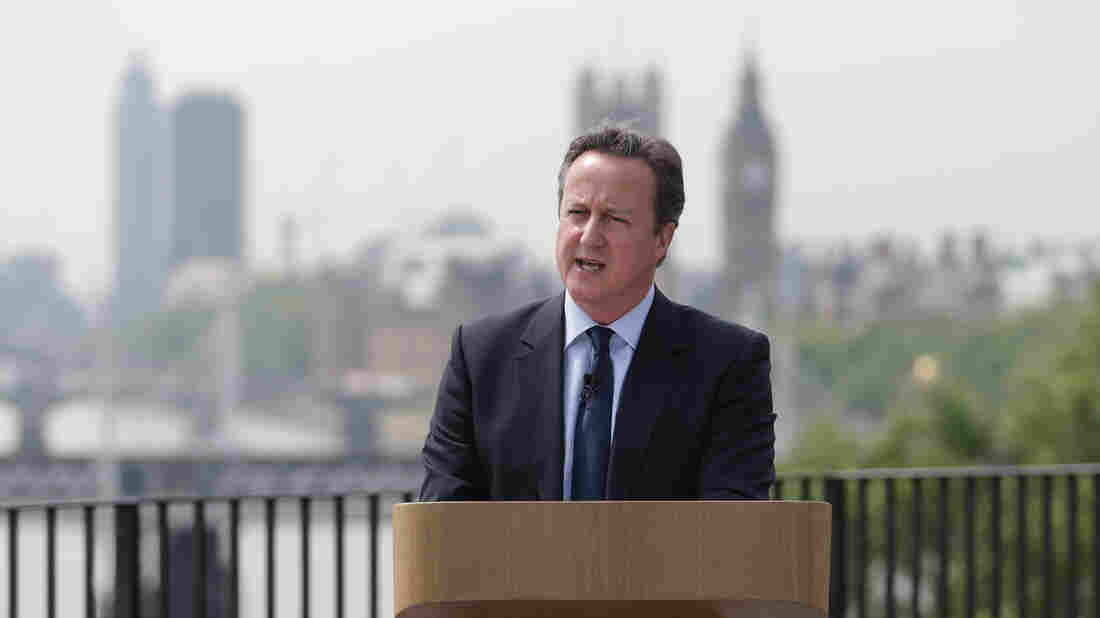 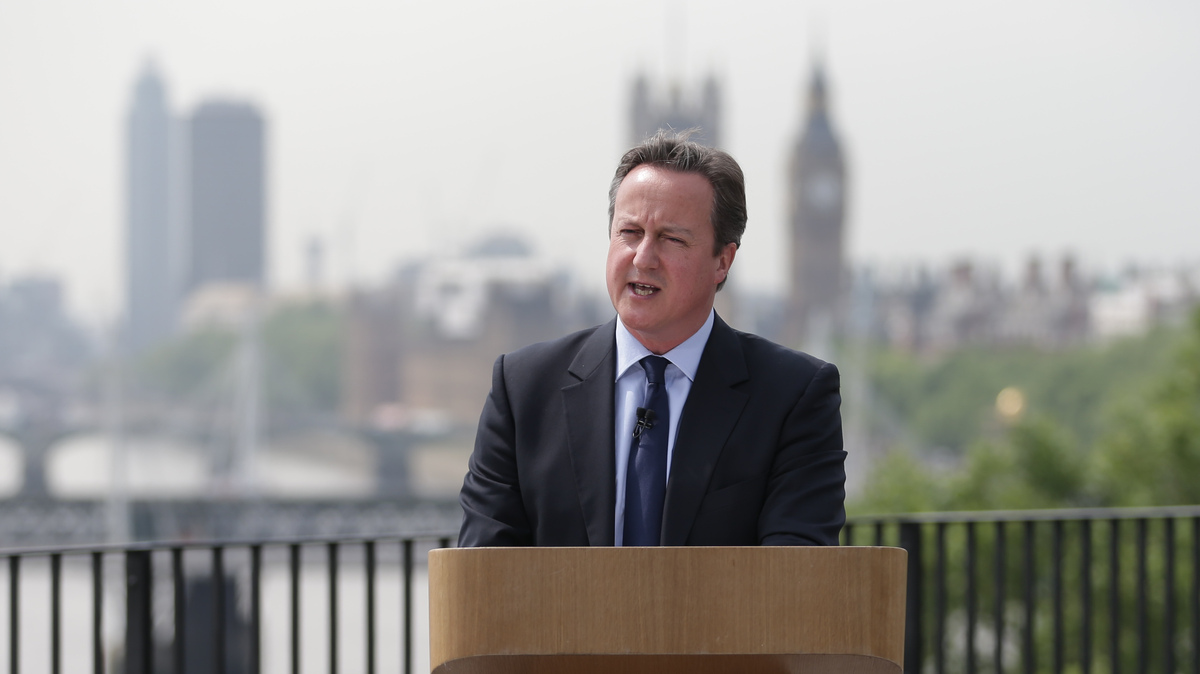 British Prime Minister David Cameron delivers a speech on the upcoming EU referendum in London on June 7. Concerns about a possible "Brexit" from the EU have rattled financial markets.

In more and more countries, investors are paying the government for the privilege of owning its bonds. It's usually the other way around.

The yield on Germany's 10-year government bond fell into negative territory for the first time ever on Tuesday, as worries build that the United Kingdom could decide to leave the European Union next week.

Interest rates on government debt also fell in other countries, such as Japan and the United States, after new polls indicated that support for a so-called Brexit is stronger than previously thought.

The yield on the 10-year U.S. Treasury note approached an all-time low, and U.S. stock prices fell for a fourth straight day.

The prospect of a Brexit has rattled investors, who worry that a decision to leave the EU would send the value of the British pound falling and cause problems for some of Europe's biggest banks. British Prime Minister David Cameron has also warned that the impact of leaving the EU could hurt the British economy and be felt throughout the Continent.

"People are looking for safety. They're looking for places to park their money," says David Blanchflower, professor of economics at Dartmouth.

By dipping into negative territory, albeit slightly, Germany joins a small club of wealthy, developed countries, including Denmark, Switzerland, Japan and Sweden, that are essentially able to borrow money from investors and then charge them to do so.

"We have some countries — the most notable ones are in Europe — where the investors are willing to buy bonds that have a negative yield. So you don't get compensated for putting your money into these bonds. It's like paying a little tax if you like," says Simon Johnson, professor of global economics and management at the Massachusetts Institute of Technology, and a senior fellow at the Peterson Institute for International Economics.

Such countries have benefited from investor fears about the state of the global economy. Growth has been anemic in many wealthy countries, and is slowing in China and other places. As they often do, investors have responded by fleeing to the safe havens of government debt.

"The fundamental facts of Japan and much of the euro area are that growth is disappointing. Growth is low. Investors do not feel there are attractive places to put their money, with good returns at reasonable risk," Johnson says.

As demand for these bonds has surged, interest rates have fallen.