Accessibility links
Book Review: 'The Course Of Love,' By Alain De Botton Alain de Botton returns to a long-standing fascination — the arc of relationships — in his new novel. But despite its fictional trappings, the book seems more like a class on maintaining a marriage.

'The Course Of Love' Is More Case Study Than Novel

'The Course Of Love' Is More Case Study Than Novel 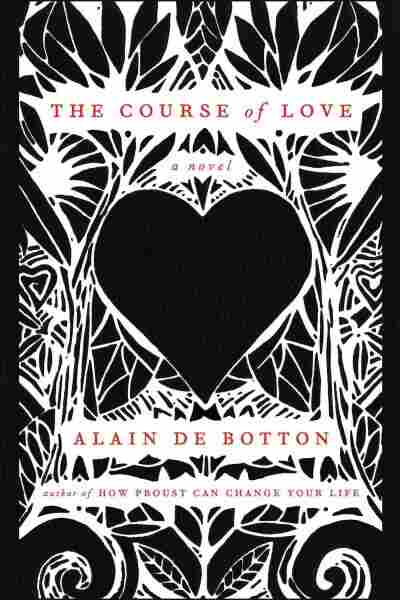 The Course of Love

There's a possibly inadvertent but telling double-entendre in the title of Alain de Botton's new book. The Course of Love is his first novel since On Love (1993), which inventively tracked the trajectory of a love affair from the ecstasy of infatuation to the utter despair of its demise. Half his lifetime and more than a dozen nonfiction titles later, this followup about the 14-year rocky road to romantic reality of a couple living in Edinburgh reveals the constancy of de Botton's concern with the arc of relationships. But it also exposes the direction his work has taken — toward the ever more didactic. More of a case study than a novel, this is a course devised to teach readers how to navigate the pitfalls of romantic attachments.

De Botton has been described as an anti-Romantic, not because he doesn't believe in love, but because he feels that expectations of finding your perfect soul mate — "the possibility of rapid, wholehearted understanding and empathy between two human beings" — are misguided. Instead, he argues, "love is a skill rather than an enthusiasm."

That's a theme that de Botton — a practical philosopher and founder of the School of Life — has returned to repeatedly since his very first, prematurely wise book: Not just love, but life itself "is a skill that has to be acquired, like learning to ride a bicycle or play the piano." And through the years, he has found lessons for improving our lives in sources as diverse as Proust, Nietzsche, architecture, and modern media.

'Religion For Atheists': God, What Is He Good For?

In The Course of Love, he maintains that "To a shameful extent the charm of marriage boils down to how unpleasant it is to be alone." He focuses minutely on the often fraught dynamics between two fictional characters: Rabih Khan, an architect from Beirut, and Kirsten McClelland, a surveyor from Scotland. The couple meet through work in Edinburgh, fall in love, marry, and have two children. But all is not smooth sailing between them: "What we typically call love is only the start of love," de Botton writes. He insists that "Our understanding of love has been hijacked and beguiled by its first distractingly moving moments," and that the real story comes later.

Kirsten and Rabih's romantic notions of happily-ever-after compatibility are quickly dashed by silly but upsetting disagreements, over things like which glassware to buy at IKEA or the ideal temperature for their bedroom at night. De Botton draws out the connection between Rabih's predilection for cosy warmth and the upheaval of his childhood in Beirut in order to demonstrate that "small issues are really just large ones that haven't been accorded the requisite attention."

The trouble, he maintains, is that most people are poor communicators or listeners, or both. They lack the skills for navigating disagreements. This results in sulks, escalating alienation, and, for Rabih, a potentially catastrophic extramarital fling. "Without patience for negotiation, there is bitterness: anger that forgot where it came from," de Botton lectures.

Overall, 'The Course of Love' lacks the playful charm and wit of 'On Love,' but it isn't a total downer, nor as off-the-wall as de Botton's last book, 'Religion for Atheists.'

He analyzes Rabih's feelings, especially, with the finesse of a therapist — and in fact there is more than a whiff of the couch in this exemplary tale. Breaking up his already distant third person narrative — often frustratingly — is a running, italicized commentary about love, which veers between the pointed and the pedantic. The more entertaining of de Botton's maxims make Ambrose Bierce's Devil's Dictionary and George Bernard Shaw's cynical aphorisms seem positively benign. For example, this damning twist on the theme of Love is blind is something you probably shouldn't include in your next wedding toast: "Marriage: a hopeful, generous, infinitely kind gamble taken by two people who don't yet know who they are or who the other might be, binding themselves to a future they cannot conceive of and have carefully omitted to investigate."

Overall, The Course of Love lacks the playful charm and wit of On Love, but it isn't a total downer, nor as off-the-wall as de Botton's last book, Religion for Atheists. Readers looking for insights and guidance will find plenty in his espousal of attachment theory therapy, which seeks the roots of lovers' needs in their early childhoods and teaches them to hear the other side sympathetically and accept the concept of "good enough."

Fundamentally, it boils down to a mature give-and-take. "We are properly ready for marriage when we are strong enough to embrace a life of frustration," de Botton concludes. Taken in therapeutic context, even such deliberately provocative declarations aren't as caustic as they first appear.