Accessibility links
Caucuses Aren't Popular — But Replacing Them With Primaries Isn't Easy Americans strongly prefer primary elections open to all voters but it's tough to move away from caucuses and closed primaries even in states where there's lots of unhappiness with the current system. 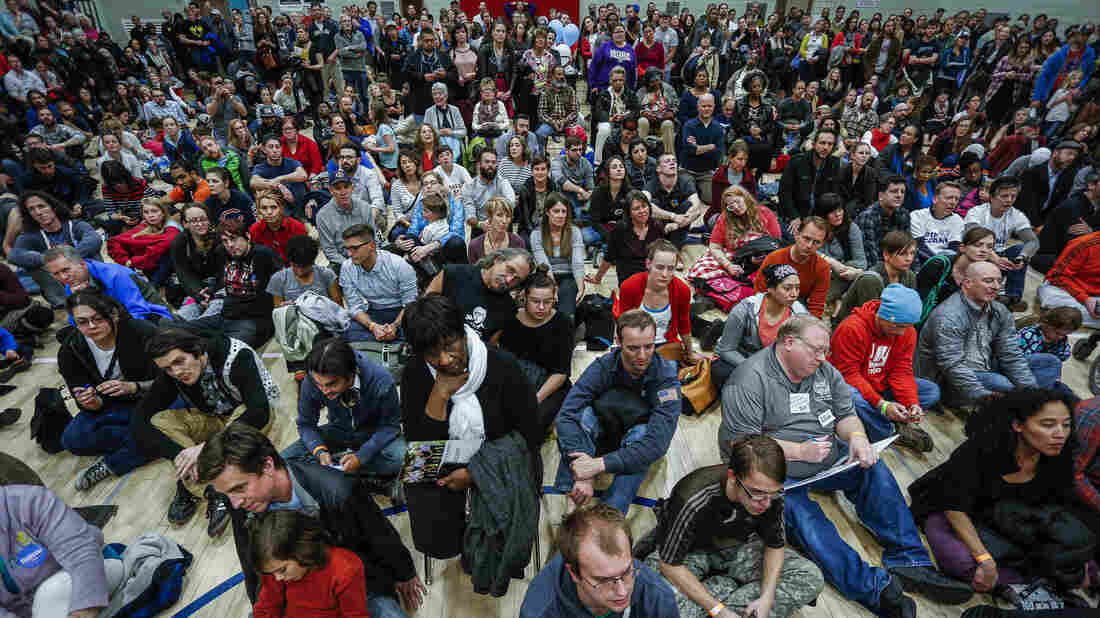 Colorado Democrats pack a gym at a Denver high school during caucuses on March 1, 2016. The crowds and long lines have led to calls for the state to move to an open primary system. Marc Piscotty/Getty Images hide caption 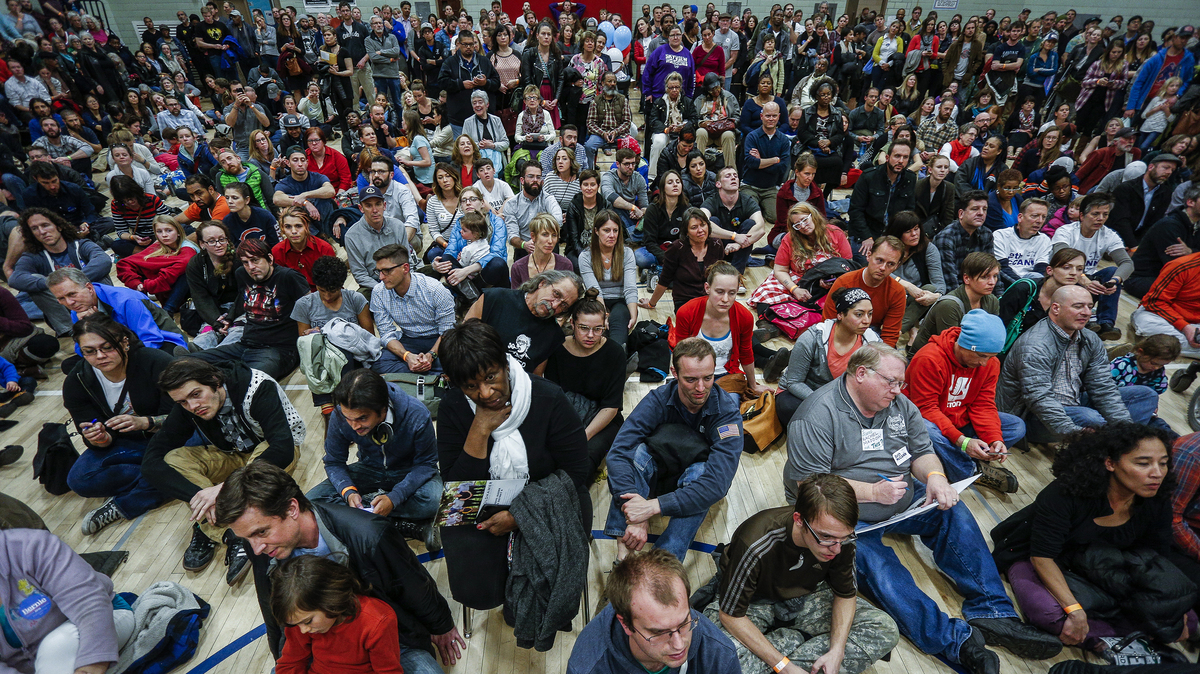 Colorado Democrats pack a gym at a Denver high school during caucuses on March 1, 2016. The crowds and long lines have led to calls for the state to move to an open primary system.

This election season has really shown everyone how fake it is. And how disenfranchising it is.

Voters unhappy with the political system this year and unsure about whether their vote matters have big complaints how the country's two main political parties choose their candidates.

A recent Associated Press-NORC poll found that about 40 percent of adults had hardly any confidence in the fairness of either party's nominating process. In particular, party-run caucuses and closed primaries where only voters registered with a party are allowed to participate are viewed as unfair, with just 29 percent of respondents believing they're the right way to pick a candidates for the general election.

Those tensions are all on display in Colorado this year, where a series of events have caused voters to deeply question whether they should adopt a presidential primary open to all voters. But Colorado's case also makes it clear that making big changes to how a state makes its picks for presidential nominees is no easy matter.

'Why in the world is this our system?'

For Colorado Democrats, the problem was crowding. Record turnout overwhelmed many precinct locations. Some voters waited hours to make their preference known, while others were turned away by fire marshals.

Republicans had a very different experience. The state party decided not to hold a presidential vote on caucus night. When Colorado's Republican National Convention delegation – selected at the state assembly – ended up packed with Ted Cruz supporters, backers of businessman Donald Trump erupted in fury.

"This election season has really shown everyone how fake it is. And how disenfranchising it is," says Trump supporter Erin Behrens of the caucus process. Behrens organized a protest at the state capitol over the Colorado GOP's delegate selection process. "It doesn't make any sense. Why in the world is this our system?"

Behrens thinks caucuses give too few people too much power – the party apparatus has complete control of how they're run, and most party members opt to skip them. This year fewer than one in ten active Republicans and Democrats turned out to caucus.

Are caucuses on the way out?

Caucuses are attractive to states because the parties foot the bill, not taxpayers. But Dan Diorio of the National Conference of State Legislatures says this year has many caucus states questioning whether it's worth it. 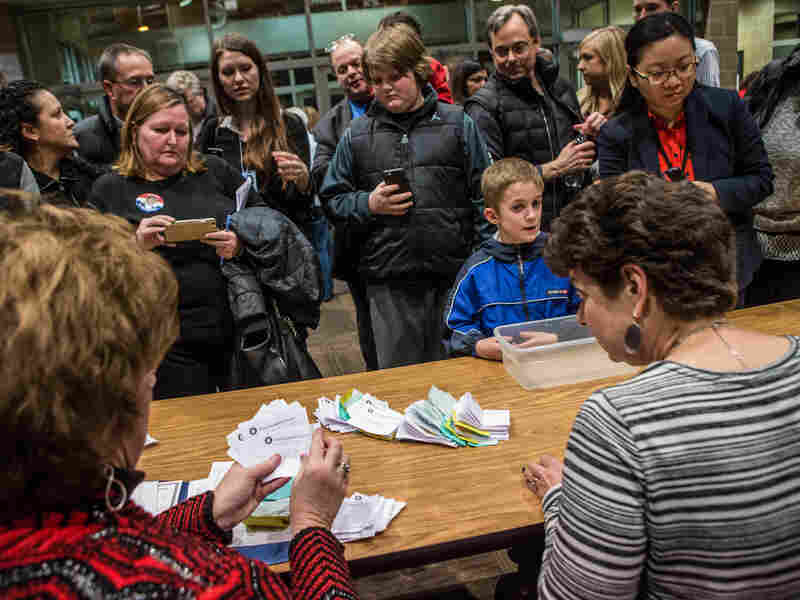 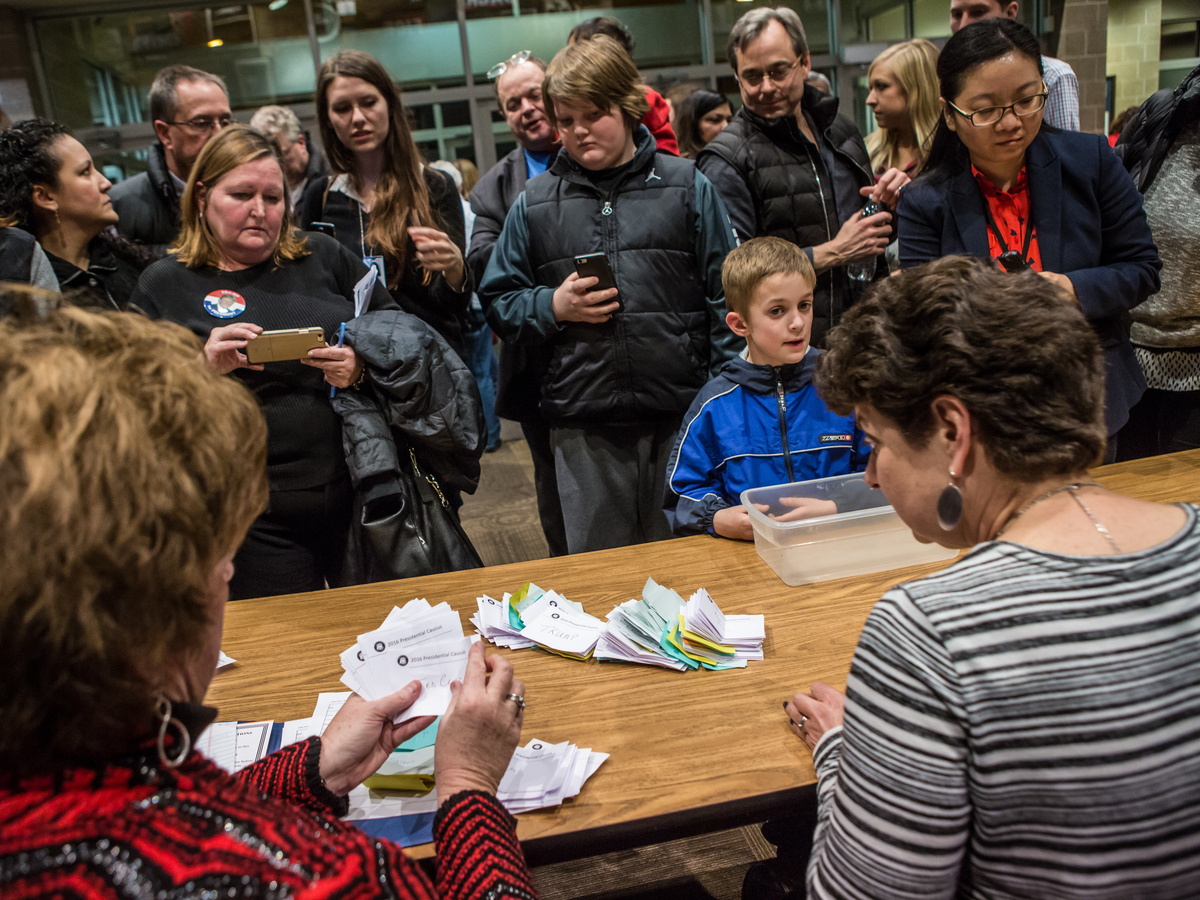 "I think that's really the reaction: were they adequately prepared and is this something that maybe a state should handle and run through the familiar apparatus of a state-run election?" says Diorio.

Only fourteen states hold presidential caucuses and already this year two of them – Maine and Minnesota – have decided to switch to a primary next time around.

Colorado may soon follow suit. State lawmakers this spring considered shifting to a primary, but couldn't manage to agree before the legislative session ended. Republican state Senator Kevin Lundberg is among those urging caution. Caucuses, he believes, have served the state well.

"For somebody who wants to get involved in the grassroots side of selecting nominees for running for election, [it] gives them a great opportunity to get right in there and do it by simply showing up to your caucus," says Lundberg.

Lundberg wants Colorado to keep its caucus process for picking state-level primary candidates. But even he accepts that its days as a vehicle for selecting presidential nominees may be numbered. Still, he's not in a hurry.

"Presidential politics only happen once every four years," he notes. "So we've got a little bit of space to really figure this out."

Some, however, aren't waiting.

A coalition of Denver business interests is funding a proposed ballot measure to move Colorado to a presidential primary. If they make it to the ballot, they may find a lot of public support; the AP-NORC poll found that more than 80 percent of people prefer primaries to caucuses.

"In democracy participation is healthy," says Kent Thiry, CEO of the kidney dialysis company DaVita and a co-chair of the committee behind Colorado's ballot measure. "The presidential election is the preeminent election, both substantively and symbolically, in America. We think Coloradans want to have a voice in that process. They want to be relevant."

Thiry's group isn't just interested in Colorado shifting to a presidential primary. It's also pushing a separate measure that would open primaries to unaffiliated voters – both the newly created presidential primary and the state primary in June. Business leaders say they hope that would lead to more moderate candidates competing in the general election and a more cooperative spirit at all levels of government.

Independents are the fastest growing group of Colorado voters and now make up 36 percent the electorate.

Many of Colorado's elected officials oppose opening primaries to independent voters, arguing it would undermine the mission of political parties.

"Just like it's Catholics who vote on the Pope and a good Baptist, a good Mormon doesn't have an opportunity to vote on that, the parties have the ability to say, 'I don't want someone who is not a member of my party picking my nominee,'" says Wayne Williams, the Republican Secretary of State.

Backers of opening up the primaries retort that Catholics don't ask Baptists or Mormons to help pay for the Papal succession, while elections are a public expense.

The two ballot measures to change Colorado's presidential selection process have been in the works for two years, but Thiry says the overcrowding and anger this time around definitely helps their cause.

"This year's caucus debacle, really embarrassment, was really the match," said Thiry. "There was already a lot of kindling and there were already some very big logs."

The question is whether that fire for change will still be burning hot in November, when Colorado's voters likely won't just have to decide who they want for president, but also how they want to help pick the next one.