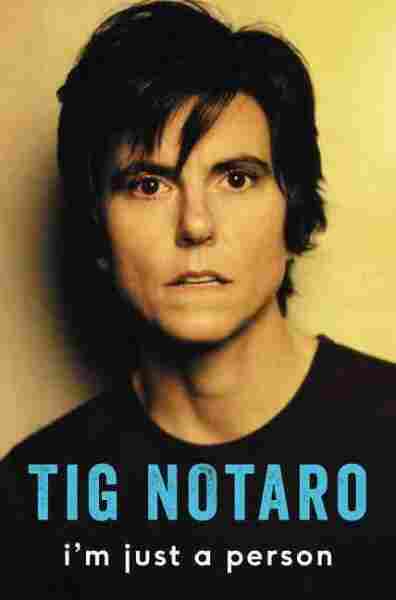 Notaro was in the middle of one of the worst years of her life, dealing with serious illness, a breakup and the death of her mother.

And it shouldn't have been funny, except that night, it was. Tragically, heartbreakingly funny. It was the beginning of a riff that hasn't stopped. And Notaro — as you can tell — did not die. She's in remission, recently married and the author of a new memoir, I'm Just A Person.

"Of course I was scared," she tells NPR's Kelly McEvers, "but it really did reach a breaking point, and right before I went on stage was — I don't prepare too much before my shows, usually before, when I'm showering is really when I'm thinking things through, and that's when I came up with that line ... I thought it was the funniest line."

On making people laugh about what they fear

That show ... I wasn't trying to really do anything for the audience. I think it was more for myself, and I really feel like, looking back now, that I was probably asking for help on some level. You know? I really was astounded by how many people were touched and lifted by the performance. That was such a relief after putting that vulnerable set out there.

On her mother's comfort with discomfort

She was very shocking. One of the examples I always use to give people an idea of who she was — she had been in a really bad car accident years ago and broke every bone in her body, and was in a coma. And they had used these long, thin screws to straighten out her toes. And after she had the screws removed, she asked the doctor if she could have them, and she used them for olives, to put in martinis. And so when she would have parties, people would say, "Oh, Susie, this is so cool, what made you think to use these screws?" And she said, "Oh yeah, those were in my toes after the accident." ... I'm a mellow version. She was very wild and funny.

On getting married in her Mississippi hometown

We got married on the beach, and it was really so touching to be walking through the neighborhood to my cousin's house where the reception was, and having locals run out and cheer us on, saying, "This is so great!" ... All the local establishments prepared food, and they were so helpful, and there are just so many artistic, beautiful, talented, open-minded loving people that I hate the thought of them getting grouped in to the others.

On whether happiness is the enemy of art

No, I think it's silly. People love to make comedians out to be miserable, dark, twisted people. And I think a lot of people struggle with depression and mental illness, and have issues and problems with their family. The mailman has it, your neighbor has it, it's just that comedians have a microphone. For me, I don't connect with being this dark person. I certainly have had dark moments, but I don't want to be the anything comedian — whatever you want to call me, it's your business. But it's not a decision I made up in my head.