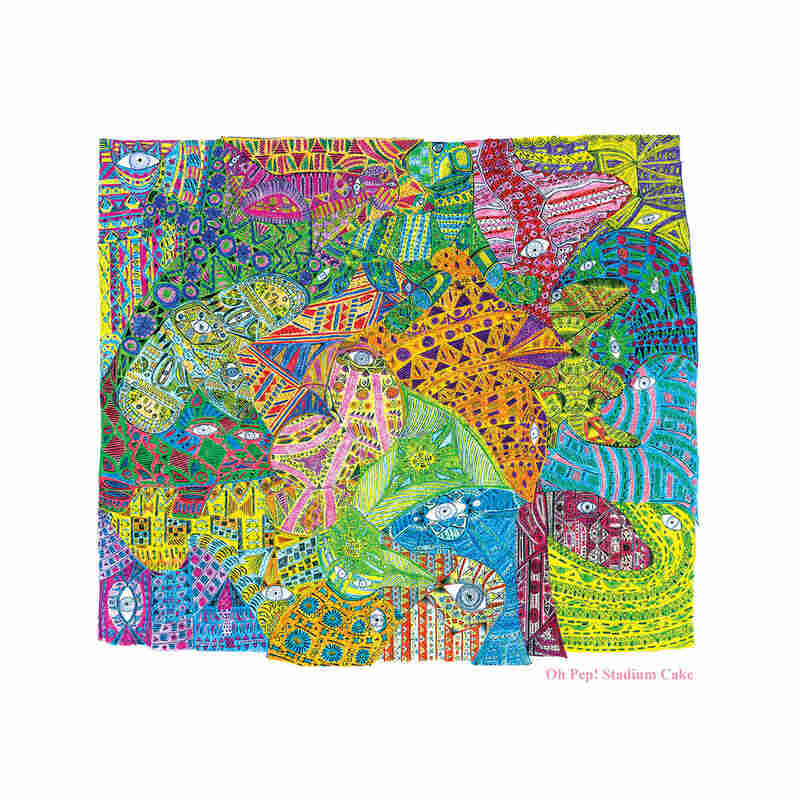 Olivia Hally and Pepita Emmerichs are the "Oh" and the "Pep!" in this Melbourne band. They write mostly upbeat music filled with questions about desire and life's priorities and considerations. Their pop sensibilities offer more twists and turns than the usual "verse/chorus" formula, but there are still big, catchy hooks. It's just that those hooks seem to happen after you've taken a journey through a story, so the hook sinks much deeper and offers a kind of emotional relief.

Hally and Emmerichs have been making music since secondary school; they're now both 24. I heard Oh Pep! first in Nashville playing the Americana Music Festival, which is a bit of an irony for an Australian band. But the band's use of fiddle, mandolin and harmonies fit comfortably at this festival, while also standing out as refreshingly original.

Stadium Cake is Oh Pep!'s debut album, recorded in Nova Scotia. Each of the duo's previous three EPs is a progression into ever more complex songwriting and intricate playing. They're funny at times, and they can be thoughtful and thought-provoking, sometimes in the same song. Stadium Cake expands on Hally and Emmerichs' talents, to the point where it surprised me how detailed and intricate they are as both players and listeners. On each listen, I've come to find new favorites, though "Doctor Doctor" and "The Race" were my first loves. Put this on repeat, and by the time you stop, phrases like, "I know what I want and it's not what I need" may be part of your own personal soundtrack.