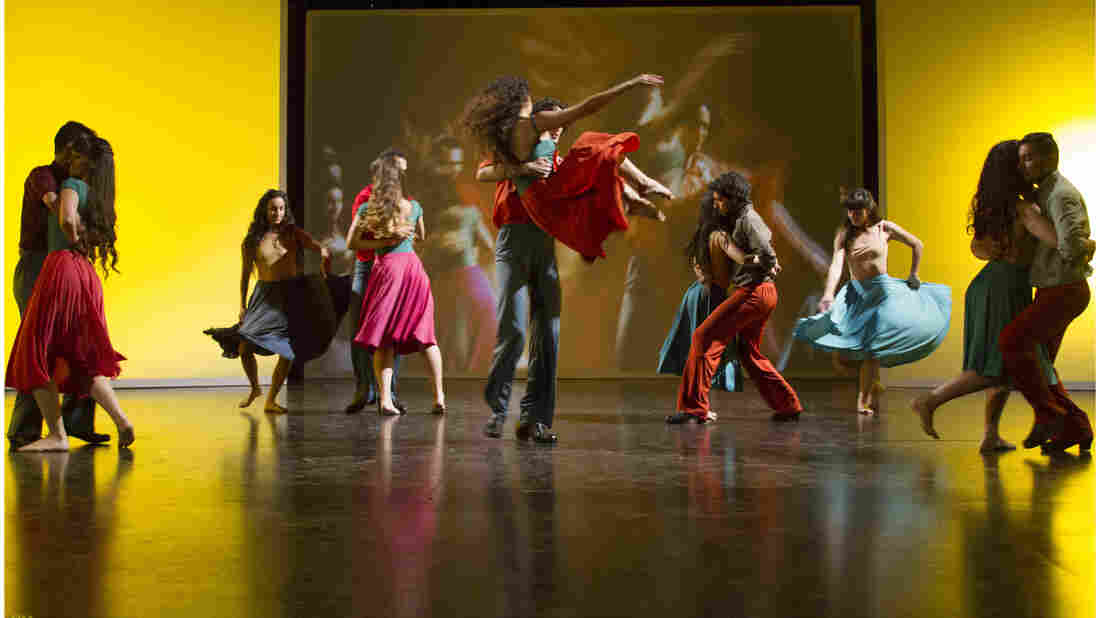 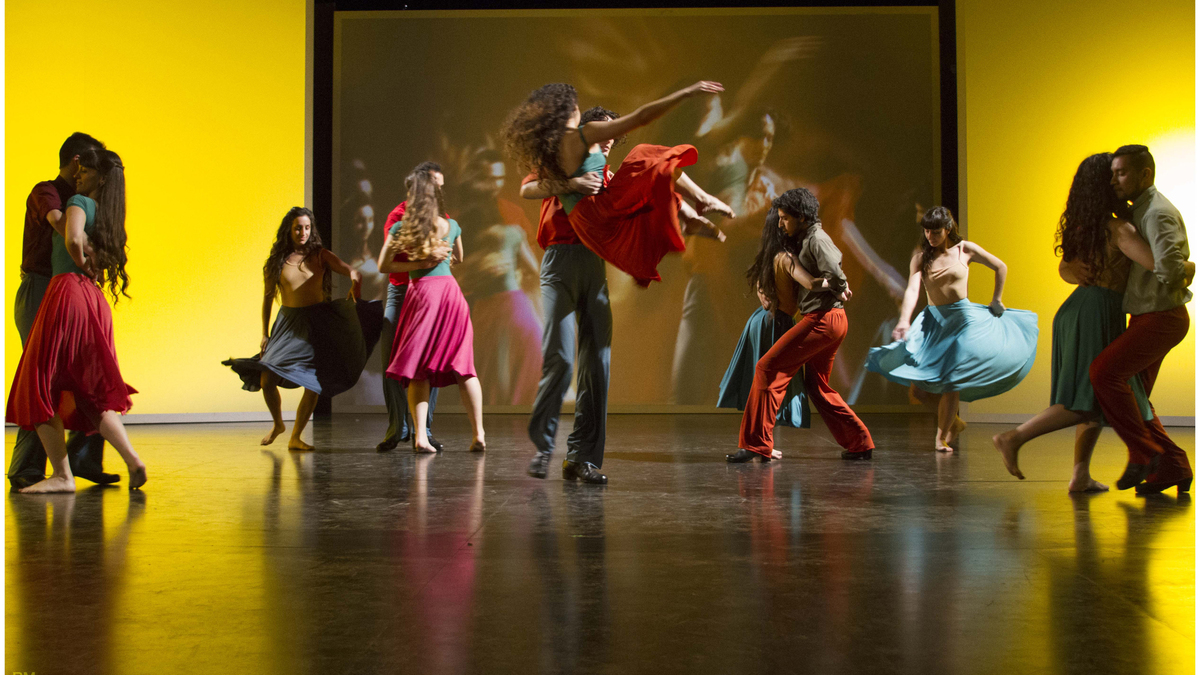 Spanish filmmaker Carlos Saura is best known on this side of the Atlantic for his 1980s flamenco trilogy Blood Wedding, Carmen and El Amor Brujo. The director has spent the latter part of his long career making dance films that balance engaged populism with a blithe disregard for the boundaries between real and surreal that he learned from his mentor, filmmaker Luis Bunuel. In Saura's minor but highly watchable new movie, we get to see, passionately enlarged for the screen, folk artists tell the history of the Other Argentina through traditional music and dance reinterpreted by the Buenos Aires-based Ballet Nuevo Arte Nativo de Koki & Pajarín Saavedra. To Saura, everything is political and everything is process, from setup through rehearsal to performance.

The film opens with a slow pan around a cavernous Buenos Aires soundstage, where a lidless piano with its hammers and strings exposed is being tuned. Then a pianist warms up, while a small band of locally famous musicians of all ages tunes up in silhouette on a backscreen, before slowly stepping forward to be joined by members of the ballet company. The dancers limber up in bright, earth-colored costumes and their preparations in turn segue into a fluid intermingling of traditional songs, melodies and dances that signify the pain and endurance of the country's indigenous peoples — and, by implication, their influence on the art and culture of Spain as it emerged from Franco's fascist yoke.

Though clearly influenced by flamenco and tango, the stately dances — malambo, copla, zamba — lack flash and glitter, having been inspired by the labor of muleteers and farmers from the Andean steppes. They also neatly sidestep clichés of Latin American music, drawing their excitement instead from Saura's pared-down sets and his skill at generating a continuous flow of shifting tones. An aerial shot turns a group of homespun marching drummers into a majestic procession. There's charm in the sights and sounds of collaboration — the murmur of dancers at rehearsal, a choreographer adjusting a company member's position, a musician grunting as he taps out an atonal piece with drumsticks on the open piano, a café scene with customers belting out an ode to the beauty of San Juan.

Inevitably the musicians sing and play and step out themes of love and loss, of poverty, suffering and longing. There's joy, too, in a cheeky cat dance and the sexy snake coils of a tattoo'd, half-naked hunk of a man. Some of Saura's numbers can feel heavy-handed: Children sit rapt at school desks, waiting to learn the ancient songs. But it's worth the wait for the ecstatic finale, a masked carnival piece involving the whole ensemble undulating around a "bonfire." By then it's hard to tell a run-through from a finished show, which is as it should be. We need to see the moving parts because for Saura, rehearsal is part and parcel of opening night.

A previous version of this review mistakenly identified an Argentine dance style as zambo. In fact, it is called zamba.