Accessibility links
With All Democratic Contests Over, Hillary Clinton Won States With Highest Inequality Bernie Sanders ran on the idea of lessening inequality. So why did Clinton win the primaries and caucuses in the most unequal states? 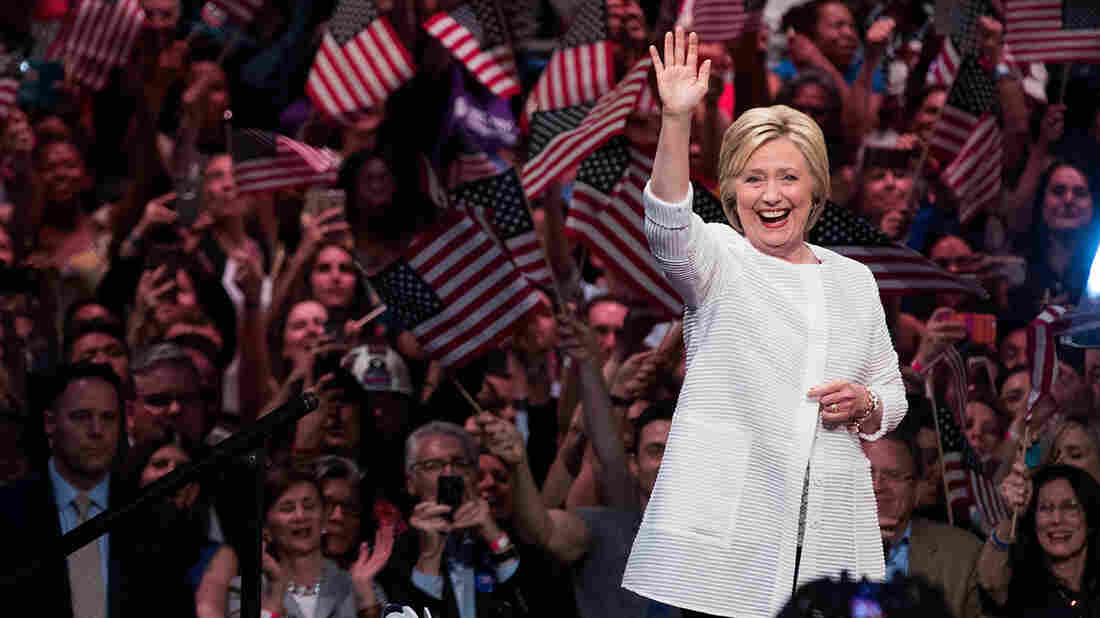 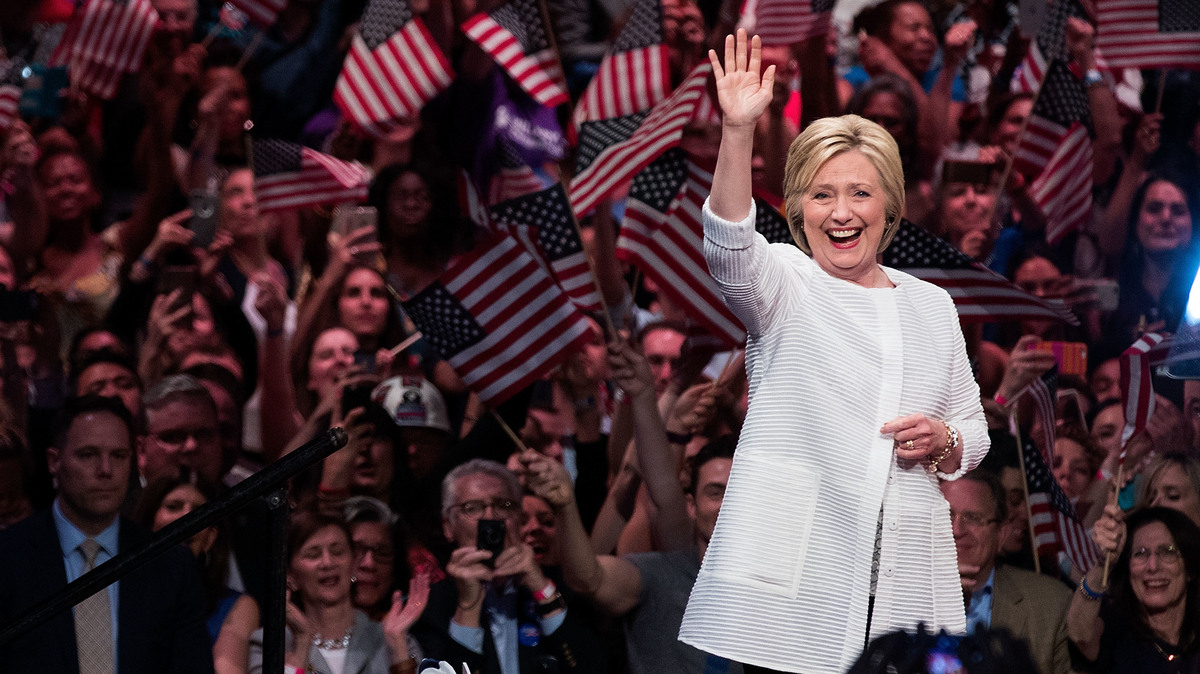 Hillary Clinton arrives onstage during a primary night rally in Brooklyn on June 7.

Now that the primaries are over, we decided to look again. The trend held relatively well, as it turns out: With her win in the District of Columbia primary on Tuesday, Clinton won the most-unequal place in the nation, according to the Gini index. Sanders, meanwhile, tended to dominate among the more-equal states.

All of which is surprising, given that Sanders built his campaign message around battling inequality. Here's a look at our chart — this time with D.C. added on. The Washington, D.C., bar is the one on the far right of the chart.

(See our last post on this for our notes on how to interpret this data.)

It's a fascinating trend, but what does it mean? First off, it doesn't mean that Sanders' inequality message didn't resonate with people — clearly it did. And it doesn't mean that people chose Clinton or Sanders based on exactly how unequal their state is (it's the rare voter who knows her state's Gini coefficient).

Or, as several commenters on a Quora thread about our chart said, it was a case of correlation not equaling causation.

Rather, the two phenomena may be connected, though not directly. It may be that those factors that are related to high Gini figures also tend to be factors that contribute to a person voting for Clinton. To briefly recap our last post (see a more extensive explanation here), we highlighted two ways the phenomena might be connected, albeit indirectly.

One is race. The Southern states are a good place to look at this. Clinton was enormously successful in Southern states, thanks to heavy support from African-Americans in that region. The South is also the highest-poverty region in the United States, which contributes to that region's high inequality scores. And, of course, there are many complicated links between poverty and race in America, helping to push the black poverty rate well above the white rate.

There could be a number of reasons why this happened — and, of course, race is part of this (Sanders did well in rural white counties, after all). But in addition, Sanders made explicit appeals to rural voters, like his reminders to voters that he is from a rural state and therefore understands their values. One of his tactics was appealing to white working-class voters in places like West Virginia, where other Democrats seemed to have given up hope, as the Washington Post's Dave Weigel wrote earlier this year.

And it makes sense for rural areas to have lower inequality than urban areas, as urban areas both tend to attract more skilled (and therefore higher-paid) workers, as well as poorer households, in part due to public transit access, as the World Economic Forum's Kristian Behrens and Frédéric Robert-Nicoud wrote in 2014.

And those trends taken together may help explain how the people who live in the most equal areas ended up supporting the candidate who more explicitly ran on the economic equality platform.

That said, a big caveat: These are very simple generalizations about how people voted — that is, people think about more than their race or ruralness when they get into the voting booth.

For example, many Southern voters (of any race) are aware of the high poverty in their region. It's altogether possible that many Southern voters cast their votes — for either candidate — based in part on whom they thought could alleviate that poverty. So in some cases, the link between inequality and voting may have been more direct.

One more addendum here is that it's not totally clear — and may never be — how the AP's June 6 call that Clinton had clinched the nomination affected the outcomes of the June 7 primaries (in California, Montana, New Jersey, New Mexico and the Dakotas). Clinton won California and New Jersey that day — two states with high inequality. That call may have boosted her — then again, it also could have energized Sanders' voters that day.