Accessibility links
Return Of The Jazz Harp Brandee Younger and Edmar Castañeda are bringing the ancient instrument back to the music. Hear concerts recorded at Jazz at Lincoln Center. 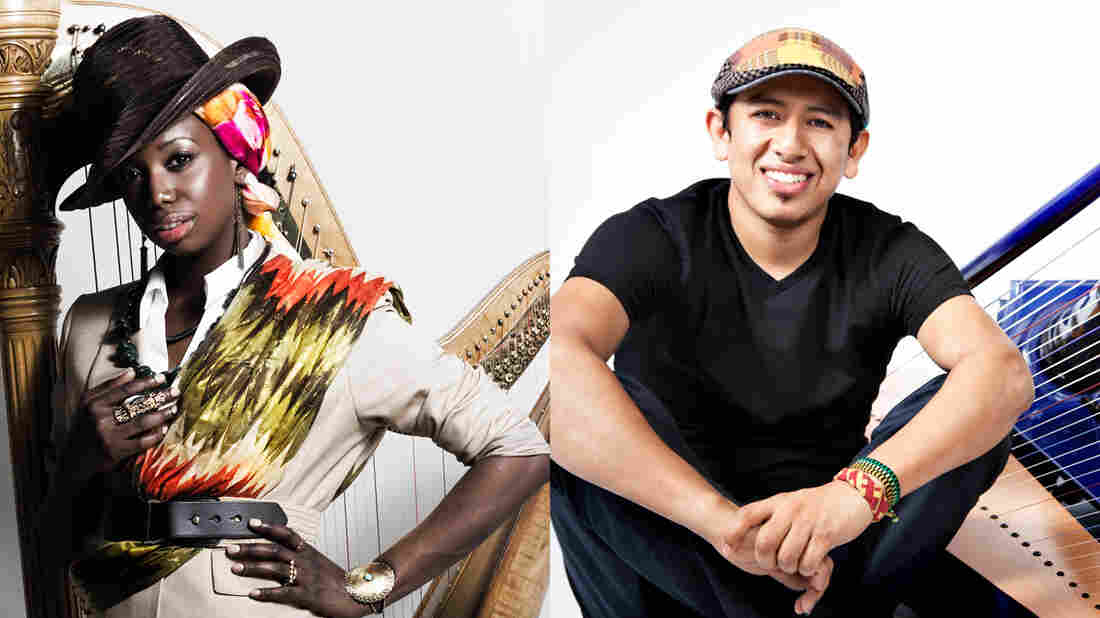 Return Of The Jazz HarpWBGO and Jazz At Lincoln Center

The harp may be one of the most ancient musical instruments, but it isn't particularly prominent in jazz. Despite the mid-century emergence of innovators Dorothy Ashby and Alice Coltrane, the harp has remained on the fringe. But two contemporary performers are changing that: Brandee Younger, who explores the textual modes defined by Ashby and Coltrane, and Edmar Castañeda, a Colombian-born folkloric virtuoso.

Jazz Night In America splits the hour with two concerts from Jazz at Lincoln Center, featuring Younger and Castañeda, respectively.