Accessibility links
Bearing Witness To The Shootings In Orlando: How The Events Unfolded The attack at a Florida nightclub played out for more than three dramatic hours. Survivors, doctors and law enforcement officials recap the deadliest mass shooting in modern U.S. history. 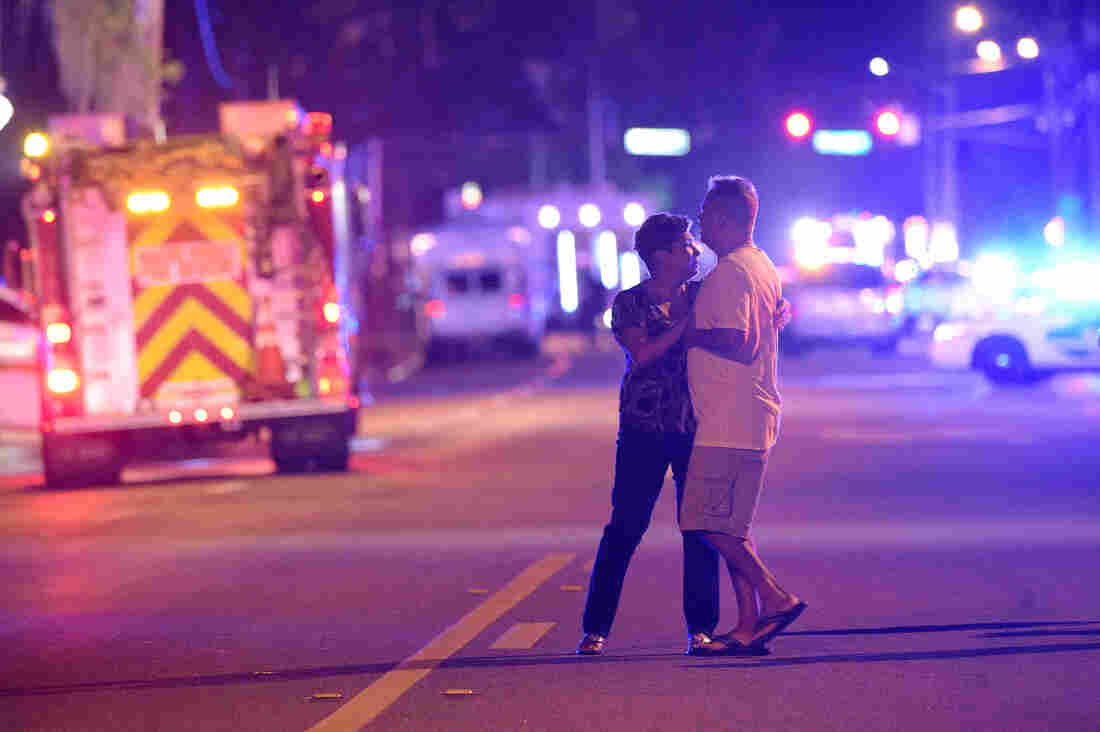 Family members wait near the Pulse nightclub in Orlando, Fla., on Sunday for word from police about what would turn out to be the deadliest mass shooting in modern U.S. history. Phelan M. Ebenhack/AP hide caption 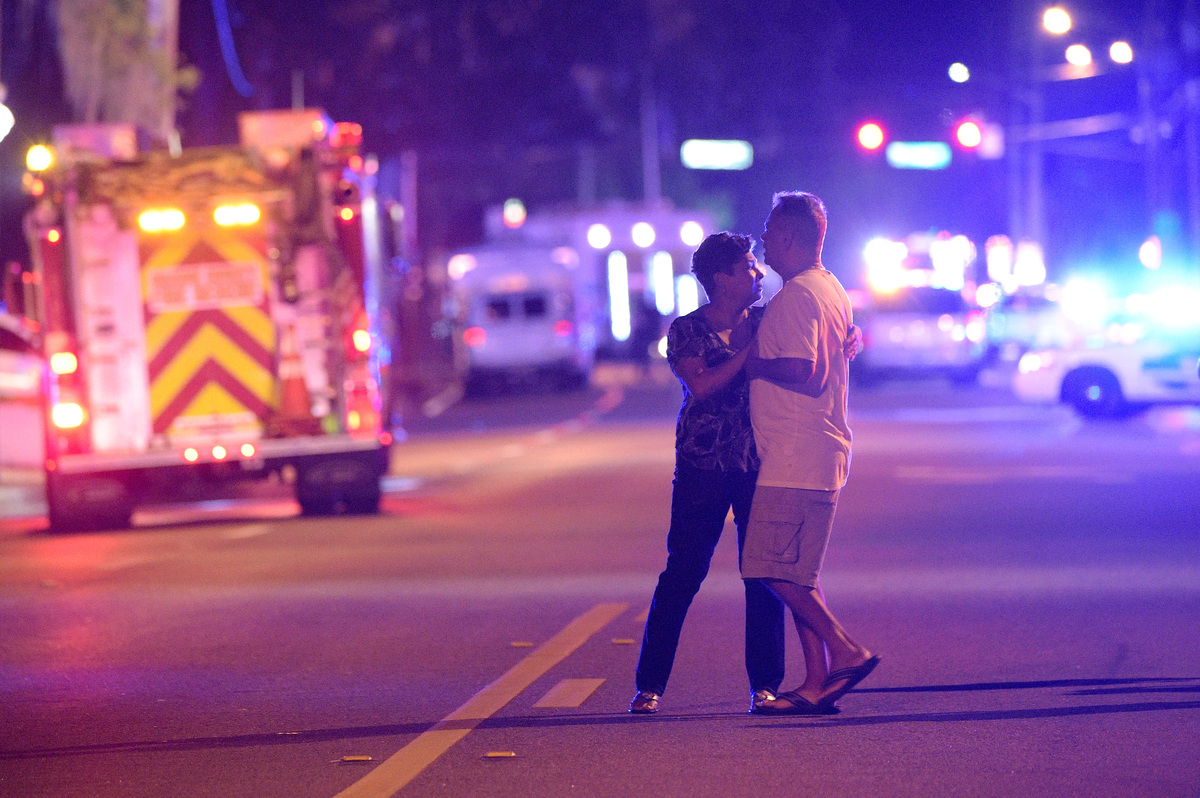 Family members wait near the Pulse nightclub in Orlando, Fla., on Sunday for word from police about what would turn out to be the deadliest mass shooting in modern U.S. history.

But authorities are still trying to piece together exactly what happened at Pulse nightclub in Orlando, Fla., nearly a week ago, in what is the deadliest mass shooting in modern U.S. history.

The chaos unfolded quickly inside the nightclub late Saturday night, where Omar Mateen gunned down 49 people and injured more than 50 others.

"We just went from having the time of our lives to the worst night of our lives, all within a matter of minutes," says Patience Carter, a 20-year-old from Philadelphia who was visiting Pulse — and Florida — for the first time.

The gunman was bursting in and out of the bathroom, making calls to 911, shooting more people — as police were sneaking into the club to get victims out and trying to figure out how to overtake the shooter.

In the surrounding neighborhood, residents watched helplessly at a scene that looked like something out of a movie.

Bobby Edge, 58, lives across the street from Pulse. His barking dog woke him up. It was 2 a.m.

And at the Orlando Regional Medical Center — about half a mile from Pulse — emergency room doctors describe how the patients starting coming in: one, then another, then another, by ambulance, by the truckloads.

"The flow did not stop, and I quickly realized that I needed to call backup," says Dr. Chadwick Smith. "I said, 'Please come. Please come. We need your help.' "

As the police closed in on the shooter, he used his final moments to inflict more pain on his hostages.

As the sun rose over Orlando on Sunday morning, Francisco Pabon was outside Pulse, frantically trying to find the friends he had been with inside the club. He waited in the streets for hours. In all, seven of his friends died. He got word about the final death at 9:30 a.m.

"She told me, 'He didn't make it.' We burst into the tears. I was asking, 'Why?' They were hours of despair and anguish," Pabon says.

These men and women are among the dozen or so people NPR spoke with, using their voices and experiences to reconstruct the events of that deadly night.

Click the "Listen" button above to hear them, in their own words.