Accessibility links
Orlando Rises To Meet The Challenges Of An Awful Week With the mass shooting, the Christina Grimmie's murder and the toddler killed at a resort, Orlando has suffered lately. NPR's Scott Simon highlights the grace Orlando residents are showing each other. 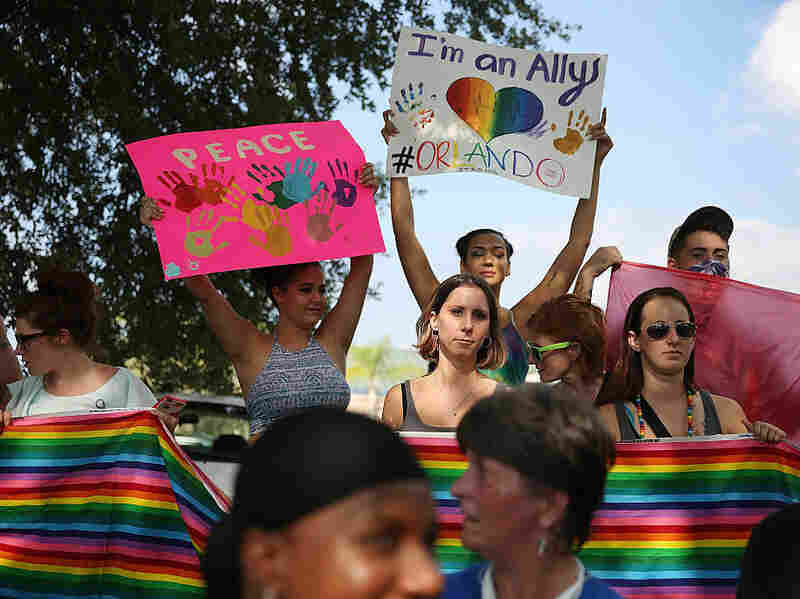 People show their support for Javier Jorge-Reyes, who died in the attack at Pulse, after it was learned that a hate group was possibly going to disrupt his wake. Joe Raedle/Getty Images hide caption 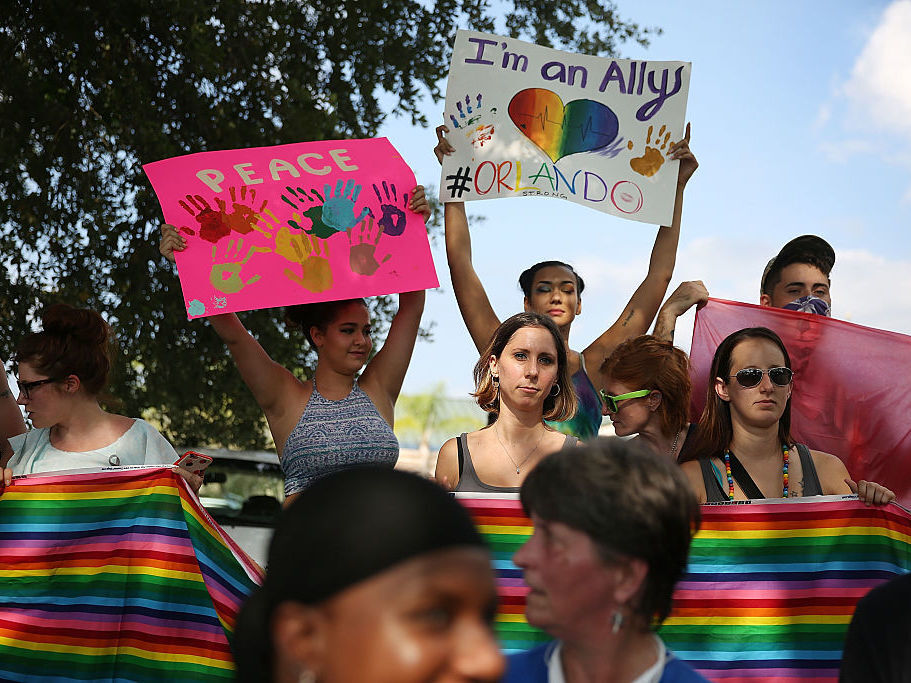 People show their support for Javier Jorge-Reyes, who died in the attack at Pulse, after it was learned that a hate group was possibly going to disrupt his wake.

Orlando has had a hell of a week. Few cities have endured such heartbreak over just a few days.

49 people were shot to death at Pulse nightclub. Lane Graves, a two-year-old boy, was dragged to his death by an alligator at a Disney resort. And Christina Grimmie, a 22 year-old singer, was shot to death at another nightspot — all within a week.

Each death was a tragedy, that struck in a sunny place where millions go to have fun.

Orlando has grown into a major destination since the 1970s, with the popularity of Disney Resorts and other theme parks along International Drive. But for a lot of Americans, Orlando has remained a well-known place, without a well-known personality.

That may have changed this week, when the eyes of the world were on Orlando, and Orlando shone with grace, class, and spirit. The long lines of people that stretched for blocks and stood for eight hours to give blood. The vigils and memorials with people of all shades and backgrounds, who shared tears and prayers.

Orlando's Mayor Buddy Dyer called last Sunday, "the most horrific day in the history of the city of Orlando yet I stand here prouder today of our community than ever." He said, "we will not be defined by the act of a cowardly hater. We will be defined by how we respond, how we treat each other, and this community has already stepped up to do that."

A citizen named Ryan Tullis wrote a letter to the Orlando Sentinel:

"While the shootings were an act of terror, we must not be sucked into reporting on only the terror," he said. "We must also look at the love of this great city pouring into the streets.

"I do not feel afraid of Orlando. I feel proud of it."

Dr. Joshua Corsa, a surgeon at the Orlando Regional Medical Center — he also happens to be on the board of our station, WMFE in Orlando — helped care for 54 wounded people, along with many other dauntless and exhausted doctors and nurses. His shoes were soaked with blood, and he posted a photo of them on Facebook:

"...when the last patient leaves our hospital, I will take them off, and I will keep them in my office," Dr. Corsa wrote of his blood-spattered shoes. "I want to see them in front of me every time I go to work. For on June 12, after the worst of humanity reared its evil head, I saw the best of humanity come fighting right back."