'The Familiar Vol. 3' Will Rewire Your Brain

'The Familiar Vol. 3' Will Rewire Your Brain 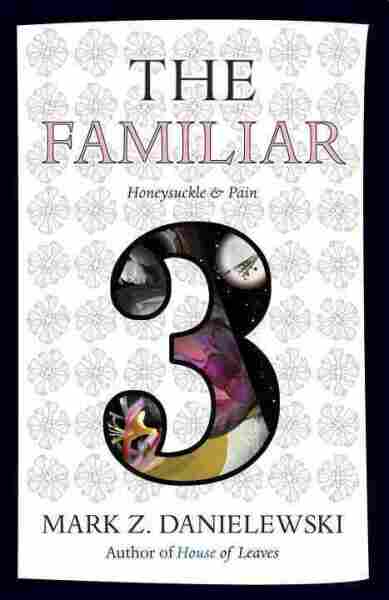 In Volume 3 — the newest, called Honeysuckle & Pain — the girl tries to find a name for the cat. Can't. Plays some video games. Gets a pair of strange sunglasses. Let's call it 743 pages. Not the entirety of the book, but most of it.

In Volume 1, there were (in addition to the girl, her cat), drug dealers and computer hackers, cavemen, mystics, assassins, this odd and disjointed cacophony of other voices, all linked in that they existed within the multifaceted world that Danielewski had created, but not, you know, linked. Not yet.

In Volume 2, it all began to coalesce. If I loved Volume 1 for the shameless, Baroque level of its crazy (and I loved Volume 1), then I loved Volume 2 more for the way it seemed to collect itself. To stabilize — to a certain extent — and fall into a groove where charting the slowly converging courses of its many narrators became possible.

In Volume 3, there is ease. The voices have become not just familiar (see what I did there?), but expected. I look forward to every section dealing with the Armenian cab driver named Shnorhk, his simple, clunky command of English ("Upset is still here. One week do nothing. Long driving is help and driving is pleasure.") such a deliberate counterpoint to the looping, nested, complex thoughts of Astair, Xanther's mother:

"[unlike the Broad's rising blur of stairs [delivering you to the top floor <for candied Koons <<and others>> >}] The Page arrives at its ossuary by way of a ramped walkway slowly descending into an underworld of shadows and bone [less a welcome than a warning {a tomb fortified by concrete <and the truncated promise of a pyramid above>}]."

Will 'The Familiar' Kill The Novel? No, But It Comes Close

Which is basically just a description of walking down the stairs at the Page museum in L.A. that looks like absolute nonsense but, in context, is so beautiful and brilliant in the way it captures the non-stop prattle of Astair's mind that I read it over and over just for kicks and the poetry of it. The same way, later, I will flip back and forth across ten pages (starbursted, black, starbursted, black, tiny, unreadable text and blood-red arrows) which are Danielewski's graphic vision of Xanther having a seizure.

In an interview, Danielewski equated the strange, loping, entwined progress of his epic to a television show. Something great from this new Golden Age — Breaking Bad or Game of Thrones. And he's right, because it has those rhythms. That tendency to always break a scene on a reveal, a cliffhanger, and to pick up the next narrative thread in medias res so that reading (or viewing) is like climbing an endless ladder upward to an indeterminate destination, tiny fragments of plot, of backstory, of character detail revealed and scattered like clues to be found only by the diligent.

It is work is what I'm saying. But worth it. So, so worth it in the way that reading it rewires your brain, injects dread and paranoia into your universe, makes you distrustful of the most pedestrian objects.

It is work is what I'm saying. But worth it. So, so worth it in the way that reading it rewires your brain, injects dread and paranoia into your universe, makes you distrustful of the most pedestrian objects. In Honeysuckle & Pain there is murder and investigation. Dead bodies popping up everywhere. The outlaw computer hackers Cas and Bobby and friends are on the run (like always), but seem to have a plan. In Shanghai, Tian Li is missing her cat. At home, Xanther's parents are financially strapped, frightened, working, trying to hold everything together. Despite the parentheses, the typographical hijinks, they are so perfectly relatable, so beautifully rendered, that they ground the story in the moments where they get stoned and go over the family's failing finances, when they go out for drinks with friends, when they see their daughter (so odd, so much of her so hidden from them) and wonder at the things going on inside her the same way that any parents of a 12-year-old might. Except ...

Except that volume 3 doesn't end on page 743. It has almost 100 more pages to run, and they are 100 constrained pages, dealing only with Astair and Xanther and their visit to a friend of Astair's boyfriend's ... what? Zoo? Wild animal park? Something. In the run-up to this day-trip, Xanther has been discovering strange new powers, hearing voices, discovering memories that don't seem to be her own. She is growing into something. Becoming something more than just Xanther (a transformation that is cryptically hinted at throughout, as characters and storylines begin bending in the direction of this one important 12-year-old girl and the psychic gravity of her weird cat) until, finally, she is eaten by a lion.

Okay, maybe not. But maybe. Cliffhanger, like I said. And a good one. The last word, "Run." Then silence.

Volume 4 is due out this winter.