Accessibility links
Review: The Avett Brothers, 'True Sadness' The band's sound has changed markedly over the years, but its songs remain rooted in a search for self-improvement, and in a kind of fundamental decency. 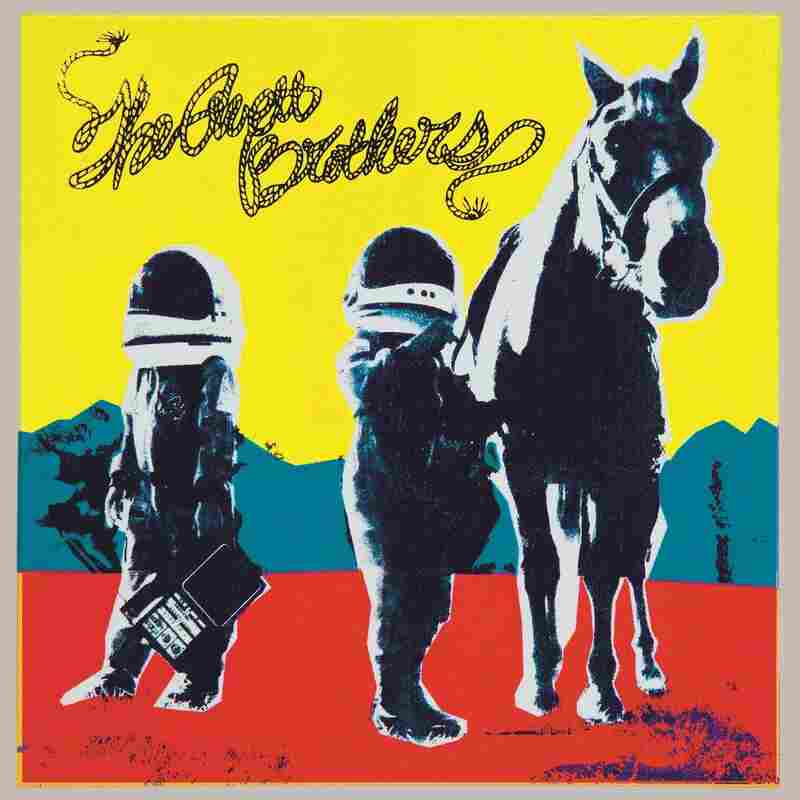 The Avett Brothers' catalog is broad enough to encompass jittery punk bluegrass, barren acoustic ballads about heartache and family, and stately folk-pop that borders on the orchestral. Along the way, brothers Seth and Scott Avett — along with bassist Bob Crawford and cellist Joe Kwon, among others, with production by Rick Rubin — have seen their star rise with the growth of Mumfordian folk-pop. But even as their sound has grown sleeker and more polished, they've never really strayed from their core themes: Each song remains rooted in a search for self-improvement, and in a kind of fundamental decency.

True Sadness, the band's ninth full-length album, opens with "Ain't No Man," a stomp-and-clap anthem ideally suited for the amphitheaters The Avett Brothers will help pack in the months to come. But underneath its "We Will Rock You" rhythm and Crawford's snaky bassline, Scott Avett sings an anthem of self-sufficiency that carries notes of religious faith: "You got to serve something, ain't that right / I know it gets dark, but there's always a light." Spirituality surfaces throughout True Sadness — and not just in the wirily rollicking "Satan Pulls The Strings" — accompanied by a larger sense that we're responsible for our own fate.

Elsewhere, True Sadness offers up its own twists on relatable themes: the end of a marriage ("Divorce Separation Blues"), the fear that a love might not be reciprocated ("I Wish I Was"), the realization that we all have to face disappointment sooner or later ("Smithsonian"). And from every angle, the Avetts' songwriting is suffused with belief in redemption — an understanding that heartbreak makes us stronger, and that our future needn't be dictated by the mistakes of our past. For all the changes in the band's sound over the years, and there have been many, some things never waver.