Accessibility links
In 2016, Talking Politics Can Make Things Uncomfortable At Work This presidential election, many workers and employers say political vitriol is carrying over into the workplace — making it a potentially hostile environment. 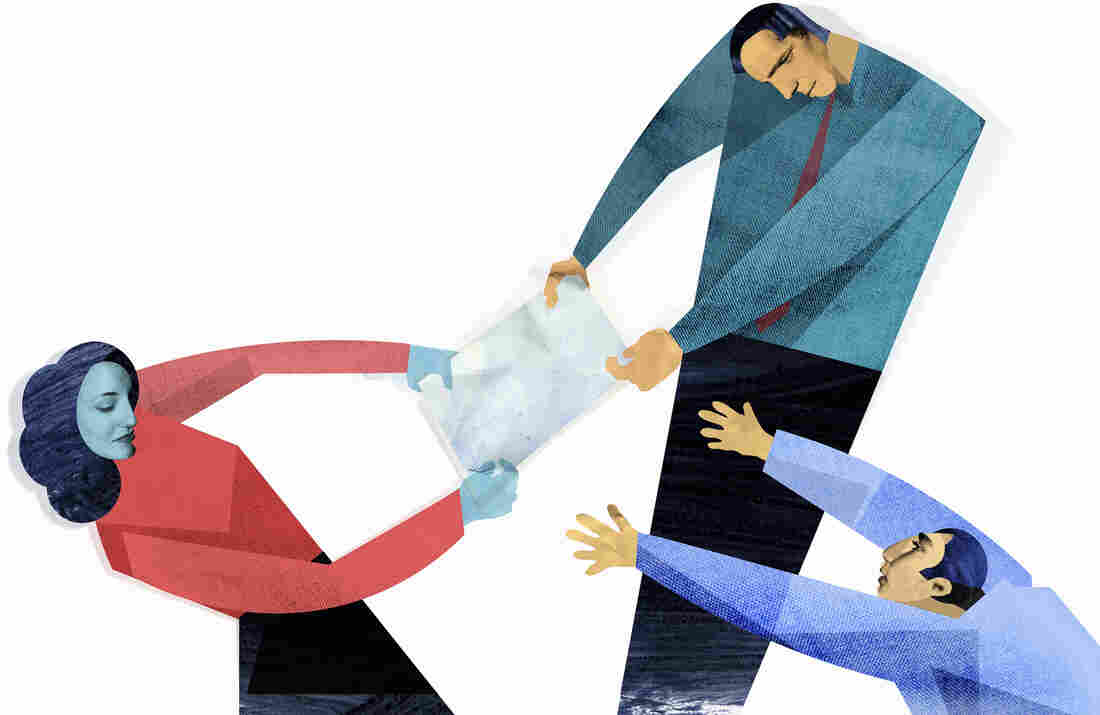 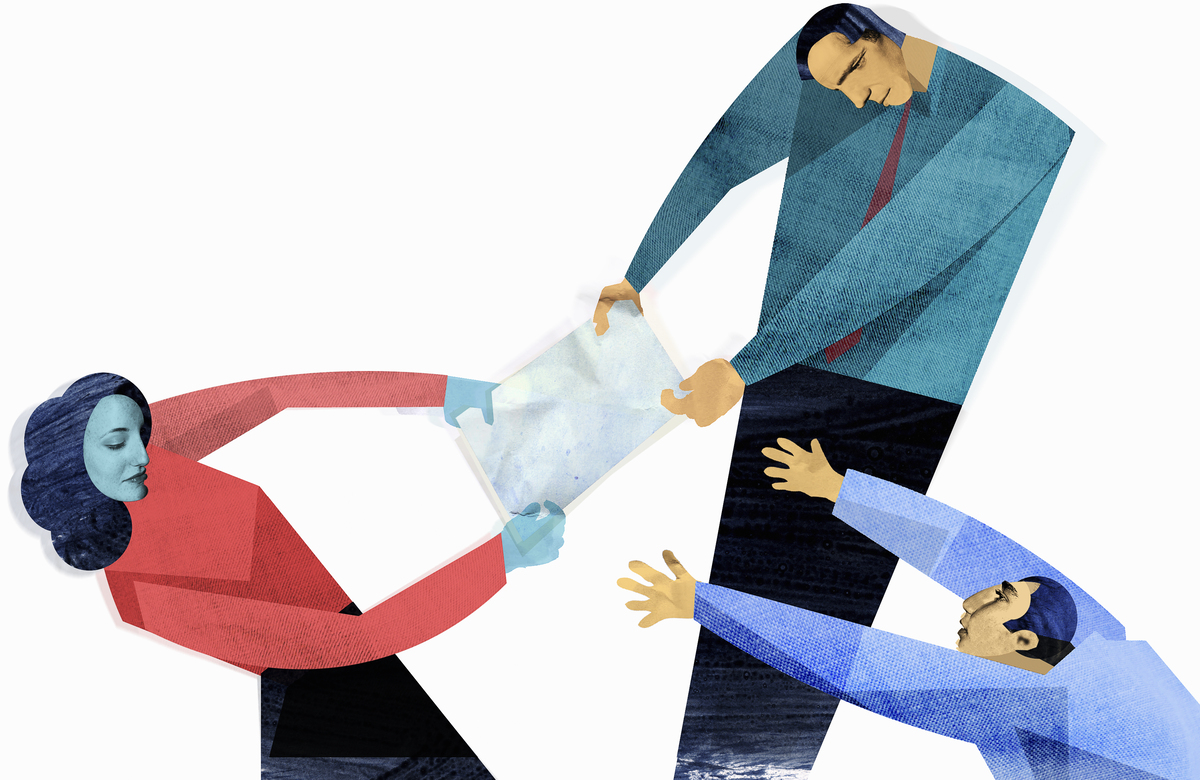 Michael Lopreste imagines it would be easier if he had the sort of job that allowed him to simply walk away from a co-worker's political diatribe. But as sales manager of a high-end furniture chain, he often can't afford to.

"Being in sales, we're kind of this captive audience," Lopreste says. "You know, you want to make the client feel at ease, you want to make them feel important, you want to be able to have a good rapport with them. And a lot of times that manifests itself by being able to mirror back what they're saying, or perfecting the nod and smile."

This election season, with polarizing candidates in both major parties, some workers and employers say the old etiquette rule about not discussing religion and politics has fallen by the wayside. Political vitriol is spilling over more than ever into the workplace — making it a potentially hostile environment.

On Sunday, the Society for Human Resource Management released a survey showing 26 percent of employers say there is greater political volatility in the office compared with previous election cycles. Only 5 percent say there's less tension — but some of those reporting less discussion say it's likely because people are trying harder to avoid it. (The remainder of the employers reported no change in tension, hostility or arguments because of politics.)

Lopreste, a Democrat, says customers supporting Donald Trump have pressed him into conversations decrying minimum wage hikes. Lopreste says he feigns agreement until he can't take it anymore, telling them, " 'You know, let me go check in the back for that,' " he says, "which, 9 times out of 10, is code for: 'I am done talking with you right now — and I need a minute to myself.' "

Lopreste grew up liking a good political debate. His parents are Republicans and he studied political science in college. But, he says, the tenor has changed.

"I feel like we've lost tact, and we've lost the ability to approach things delicately or to be able to read the room."

Employers are worried about that, too.

"Some of that anger isn't solely in dinner conversations or political rallies, but it comes into the workplaces," he says.

For employers, however, regulating political discussion is a tricky balance. Segal says discussion of minimum wage, equal pay, paid leave — things that affect working conditions — might be protected by federal labor laws. On the other hand, careless comments about race, gender or religion could also lead to harassment or discrimination claims.

Susan Schoenfeld, a senior legal editor at Business and Legal Resources, a publication for employers, urges employers to be very vigilant about what their employees are doing or saying at the office.

"It only takes one person to have that inflammatory discussion to alienate someone or cause a hostile work environment or potential harassment claim," she says.

"Employees at private companies do not have a constitutional right to free speech or expression at work," she says, so using company time for political activity, wearing campaign T-shirts or posting posters in workspace is not protected under the First Amendment.

Yet, according to SHRM, only about a quarter of employers have a written policy regulating political activity at work. And having one won't necessarily resolve problems.

Drew Robertson, a music teacher at a boys school in Rochester, N.Y., protested with others after the senior class sold "Make Our School Great Again" T-shirts, riffing off Trump's slogan.

"The other faculty members and myself were incredibly offended that the senior class decided to not only insinuate that all the previous classes at our school were not great, but that we wanted to ally ourselves with the views of Donald Trump as a school," Robertson says.

Robertson, who says he will vote libertarian this November, says it's the first year he can recall that politics became a disciplinary issue in his classroom.

"This year is the first year that I've experienced students openly making anti-Latino jokes in orchestra class," he says. "I actually had a student say he wanted to build a wall around a cellist, because it would keep him quiet."

Yet not everyone finds this year's campaigns are cause for strife.

"I am a registered Republican — for now," she says.

"For now," because Duncan isn't planning to vote with her party this year. She says she will "hold her nose" and vote for Hillary Clinton, and says in an odd way, talking politics has fostered camaraderie with her co-workers.

"I even joked with some of them that maybe the one good thing about Trump is that a Democrat and I can have a political discussion that we agree on."