Accessibility links
Senate Rejects 4 Gun Proposals Inspired By Orlando Attack Just over a week after the deadly nightclub rampage in Florida, the Senate has voted down measures to expand background checks and limit purchases by those on terrorism watch lists. 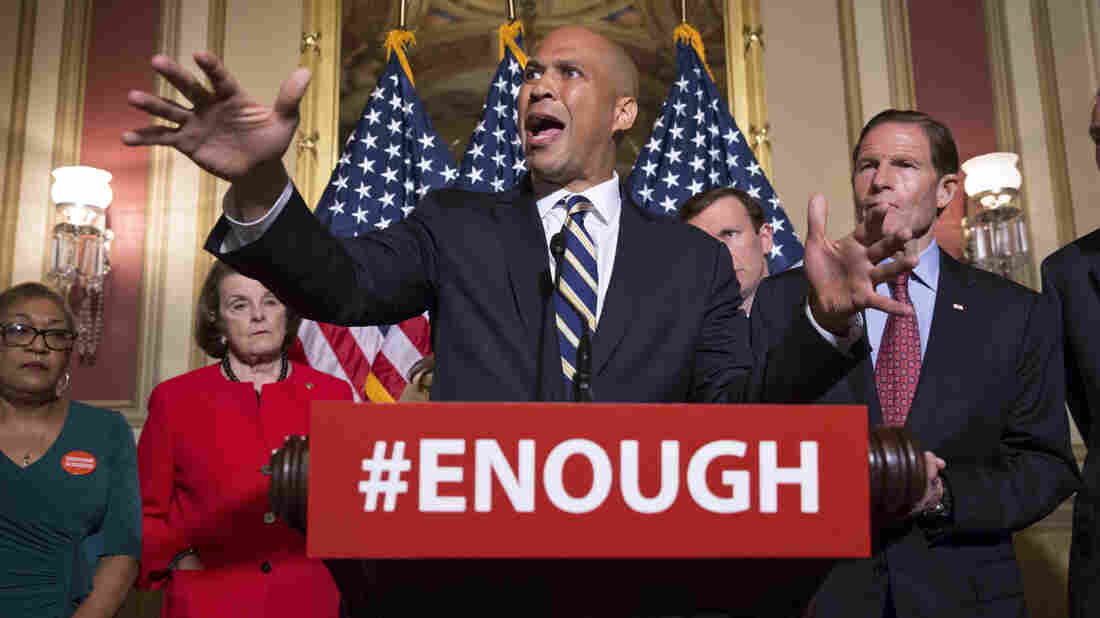 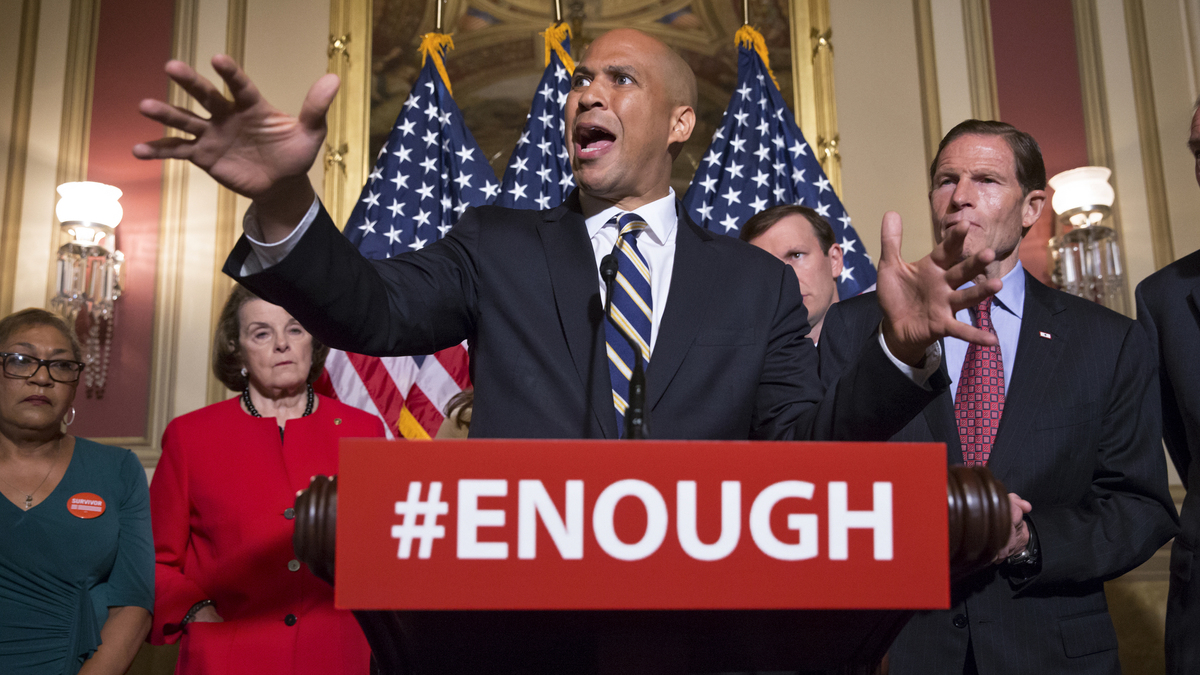 To virtually no one's surprise, the Senate failed to advance any of the four gun control proposals — two offered by Democrats, and two by Republicans — that came in response to last week's mass shooting in Orlando, Fla.

Will Senate Democrats' Talk-A-Thon Get Movement On Gun Legislation?

Here are the results:

A proposal sponsored by Charles Grassley, R-Iowa, the Senate Judiciary Committee chairman, failed on a vote of 53-47, seven votes short of the 60 needed. It would have increased funding for background checks and changed the language barring people with mental health issues from buying a gun.

A measure proposed by Chris Murphy, D-Conn., expanding background checks to the sales of firearms at gun shows and on the Internet failed 44-56, 16 votes short of the 60 needed.

A bill by Dianne Feinstein, D-Calif., to let the Justice Department bar gun sales to anyone who was on the terrorist watch list in the past five years failed on a vote of 47-53, 13 votes short of the 60 needed.

A bill offered by John Cornyn, R-Texas, failed on a vote of 53-47, seven votes short of the 60 needed. It would have allowed the government to block a gun sale for up to three days pending a court review. The government also would have to show probable cause that the prospective gun buyer was involved in terrorist activities.

Just over a week after the deadly nightclub rampage in Orlando, the Senate will take up four amendments Monday related to guns and terrorism — two from Democrats and two from Republicans.

Such a quick vote after a tragedy is not remarkable. Proposals were put forth — and rejected — right after the murders of children and teachers in Sandy Hook Elementary School 2 1/2 years ago. Bills very similar to those coming up for a vote now were actually taken up just one day after the mass killing in San Bernardino in December. They too failed. So there's little reason for optimism on the part of advocates of tougher gun laws this time around, when defeat is once again the most likely outcome for these latest proposals.

Still, for gun control advocates, it's important to force votes and to get members of Congress on the record.

A big reason there is a vote is a marathon 15-hour speech by Sen. Chris Murphy, D-Conn., and other Democrats last Wednesday. After that, the GOP leadership agreed to hold the votes.

Here are the measures up for consideration.

Sen. Susan Collins, R-Maine, one of the few GOP moderates in the Senate, told NPR's Weekend Edition Sunday that she wants to find a compromise that would lead to a different outcome this time. "What troubles me about the votes that we're going to have tomorrow is that they are repeats of the votes that we had after the San Bernardino shootings. And the result is going to be the same; neither is going to pass. I want to get something done, so I've been working with a group of Republicans and talking to many Democrats to put together a new proposal. "

Collins says her proposal would create a simple standard that she thinks could pass.

"It says that if you are too dangerous to board an airplane or if you are so dangerous that you're selected all the time for extra screening before you can board an airplane, you're too dangerous to buy a gun." She went on to explain: "It takes the federal government's no-fly list and what is called the selectee list, which requires extra screening, and says that those are the individuals against whom we have credible evidence and reason to be concerned, and we're not going to allow them to purchase firearms."

The National Rifle Association takes a dim view of all of this, not surprisingly. Its executive director, Wayne LaPierre, told CBS's Face the Nation on Sunday that the problem in Orlando and San Bernardino was terrorism, not guns. He said these measures are like "trying to stop a freight train with a piece of Kleenex."