Accessibility links
Evidence Found In Illegal Stops Backed By Justices, But Brings Fiery Dissent Even if police halt someone for no reason, the Supreme Court said, if a reason to search them is discovered, anything found is admissible. Justice Sotomayor says that disproportionately hits the poor.

The U.S. Supreme Court ruled Monday that courts need not suppress evidence of a crime, even if it was obtained through an illegal stop.

The Supreme Court long has held that when police illegally stop or search someone without, at minimum, reasonable suspicion, any incriminating evidence that is found cannot be used in court. There are, however, exceptions to this rule — and on Monday the court carved out a new and big one, giving police far broader authority to search people who are stopped for no reason.

The decision came in the case of Edward Strieff, who was stopped after leaving a house that that was under police observation; police had received an anonymous tip that the house was being used for drug dealing.

Though narcotics detective Douglas Fackrell later admitted he had no reason to believe Strieff had done anything wrong, he stopped him, demanded that he identify himself, and detained him while radioing in to see if there were any outstanding warrants against Strieff. As it turned out there was one — for a minor traffic offense — so the detective searched Streiff, and found a small amount of methamphetamines.

Writing for the five-justice majority, Justice Clarence Thomas said that officer Fackrell's discovery of the outstanding warrant broke the connection to the unconstitutional stop. As a result, the evidence found in the search could be used to prosecute Strieff, he said.

The generally liberal Justice Stephen Breyer joined the court's four conservatives to provide the fifth and decisive vote. The court's three other liberals dissented in two separate opinions, one from Justice Elena Kagan.

The other, written by Justice Sonia Sotomayor, was a barn-burner.

Monday's decision, said Sotomayor, will allow police — as in this case — to stop someone on what amounts to "a whim or hunch" and then leverage that stop to conduct a search, based on a minor outstanding warrant that the police officer didn't know about to begin with. Sotomayor scoffed at the majority's assertion that there was nothing systemic about this stop, that it was an isolated case.

She noted that according to state and federal databases, there are more than 7.8 million outstanding warrants, the vast majority of which are for minor offenses. In New Orleans, a third of the 60,000 arrests in 2011 were of people with outstanding traffic or misdemeanor warrants for infractions such as unpaid tickets.

Similarly in Ferguson, Mo., a town with a population of 21,000, 16,000 people had outstanding warrants — in one case for failure to feed the meter with enough quarters, according to the Justice Department.

And in the broader metropolitan St. Louis area, Sotomayor said, the Justice Department found that officers routinely stop people on the street, at bus stops or even in courthouses, for no reason other than to check whether the subject has an outstanding warrant. 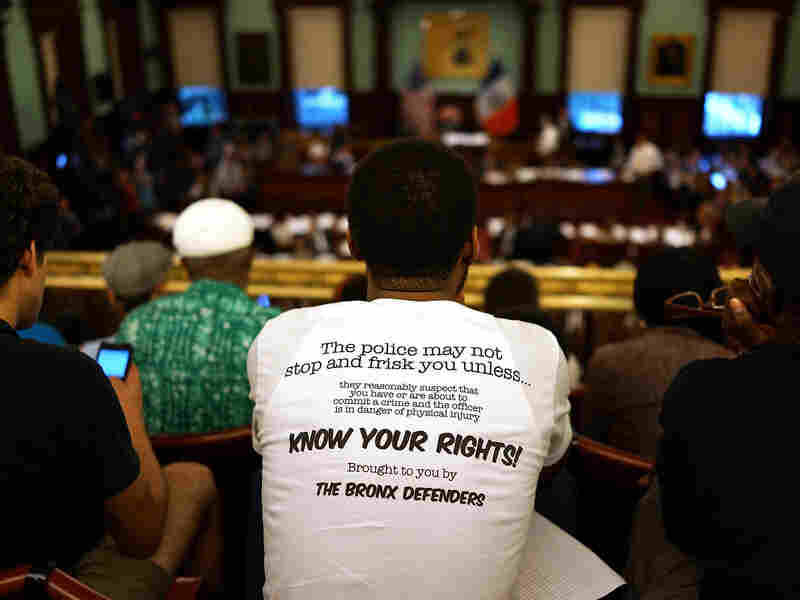 A critic of the New York City Police Department stop-and-frisk policy wears a shirt outlining a citizen's search rights at a City Council meeting in August 2013. The Supreme Court ruled Monday in an unrelated case that even if police stop someone without cause, if a reason is then found to search them, any evidence collected is admissible in court. Spencer Platt/Getty Images hide caption 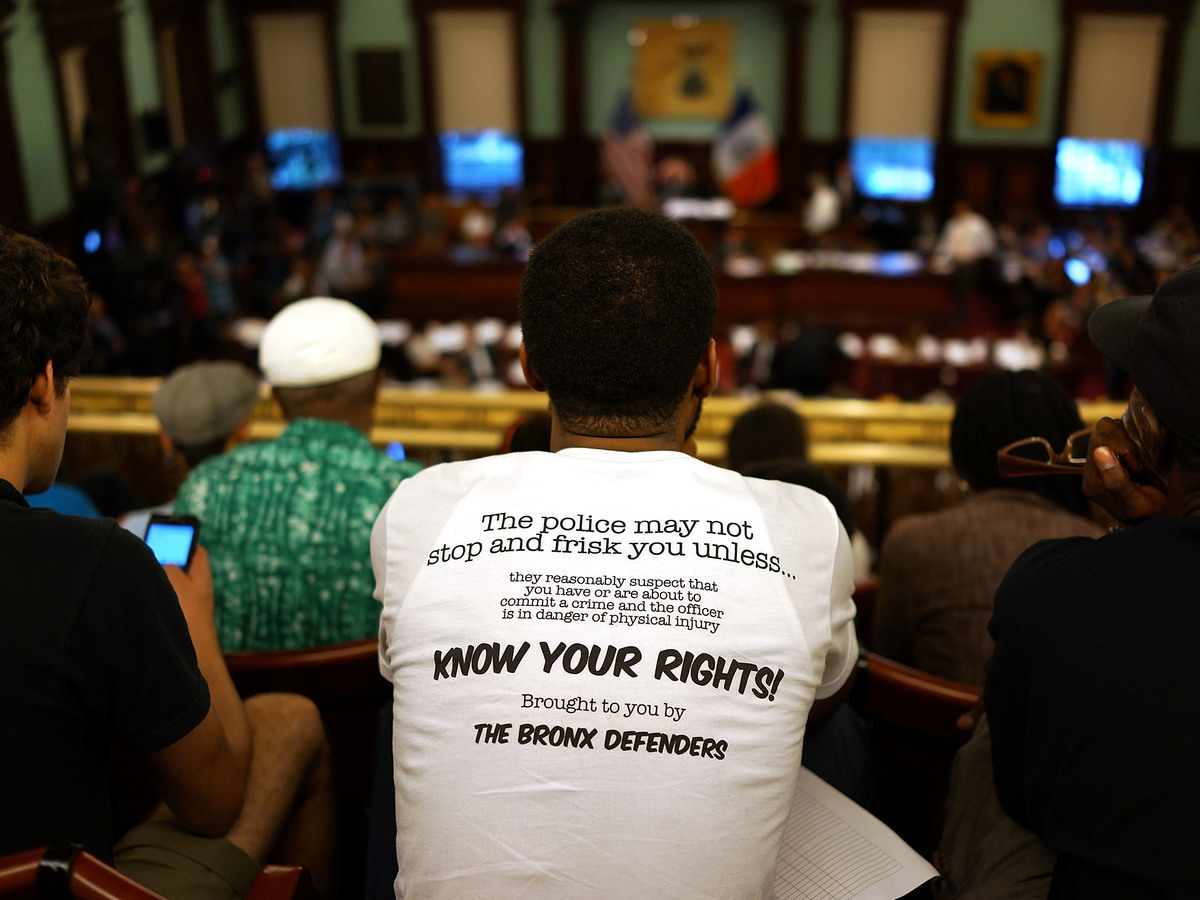 A critic of the New York City Police Department stop-and-frisk policy wears a shirt outlining a citizen's search rights at a City Council meeting in August 2013. The Supreme Court ruled Monday in an unrelated case that even if police stop someone without cause, if a reason is then found to search them, any evidence collected is admissible in court.

"The combined effect of this immense number of warrants" and police practices like stop and frisk is "creating this huge tension between communities, particularly communities of color, and their police — and they're not promoting public safety," said Jonathan Smith, who until 2015 was the chief of the U.S. Justice Department section that conducts systemic investigations of police misconduct.

Lauren-Brooke Eisen, a former prosecutor, now at the New York University law school's Brennan Center for Justice, says Monday's ruling can give police incentive to concentrate illegal stops in neighborhoods where there are the most outstanding warrants.

"The reason that's such a scary proposition is because most of the people in this country who have open warrants are poor," she said — too poor to pay a lawyer to get rid of the warrant.

That theme was reflected in Sotomayor's dissent, most of which was joined by Justice Ruth Bader Ginsburg. In the concluding section, however, Sotomayor stressed that she was writing for herself alone, based on her "professional experiences."

By legitimizing the conduct in the Strieff case, she said, the court "tells everyone, white and black, guilty and innocent" that you can be stopped at any time.

"It says that your body is subject to invasion while courts excuse the violation of your rights. It implies that you are not a citizen of a democracy," Sotomayor said.

"We must not pretend that the countless people who are routinely targeted by police," are, as the majority maintains, "isolated" cases, she said. "They are the canaries in the coal mine" who warn us that "unlawful police stops corrode all our civil liberties. Until their voices matter too, our justice system will continue to be anything but."