Accessibility links
Low Oil Prices Fuel Reconsideration Of Petroleum Reserves The Department of Energy is considering the future of the Strategic Petroleum Reserve. Some argue it's no longer needed or should be smaller because U.S. oil production has increased. 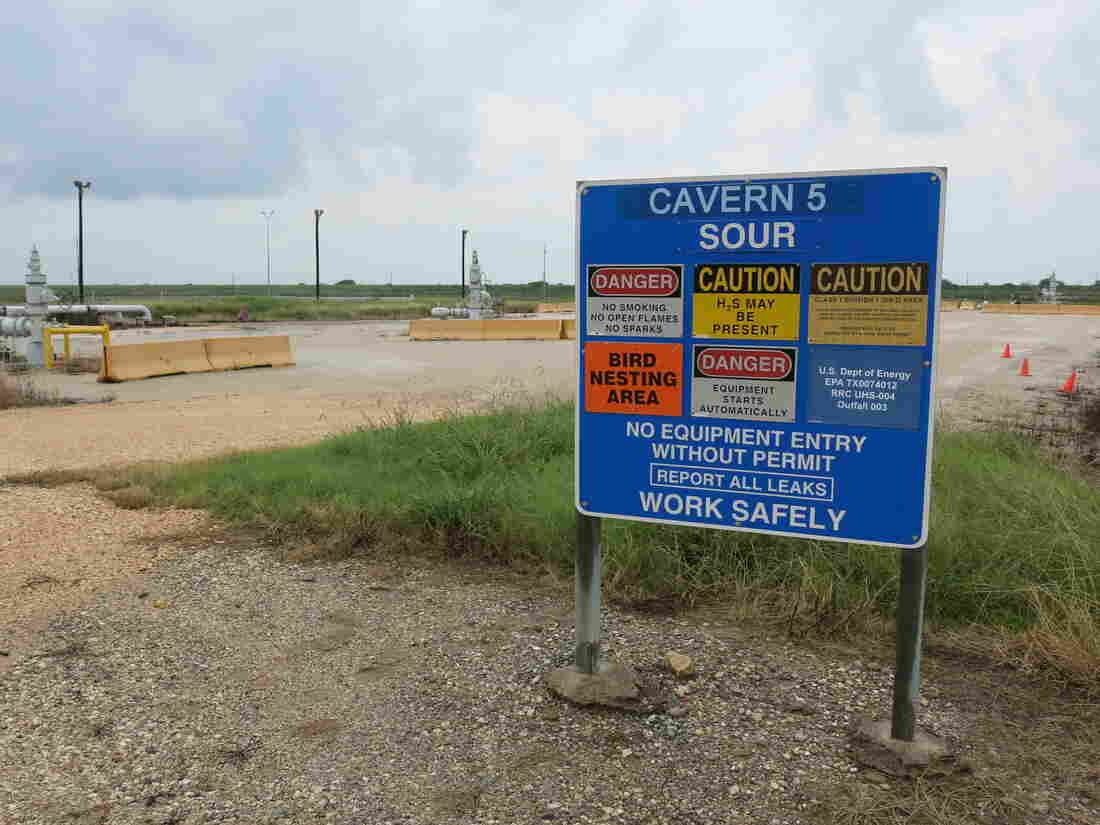 One of the sites for the Department of Energy's Strategic Petroleum Reserve lies within salt caverns 2,000 feet below the ground near Freeport, Texas. Jeff Brady/NPR hide caption 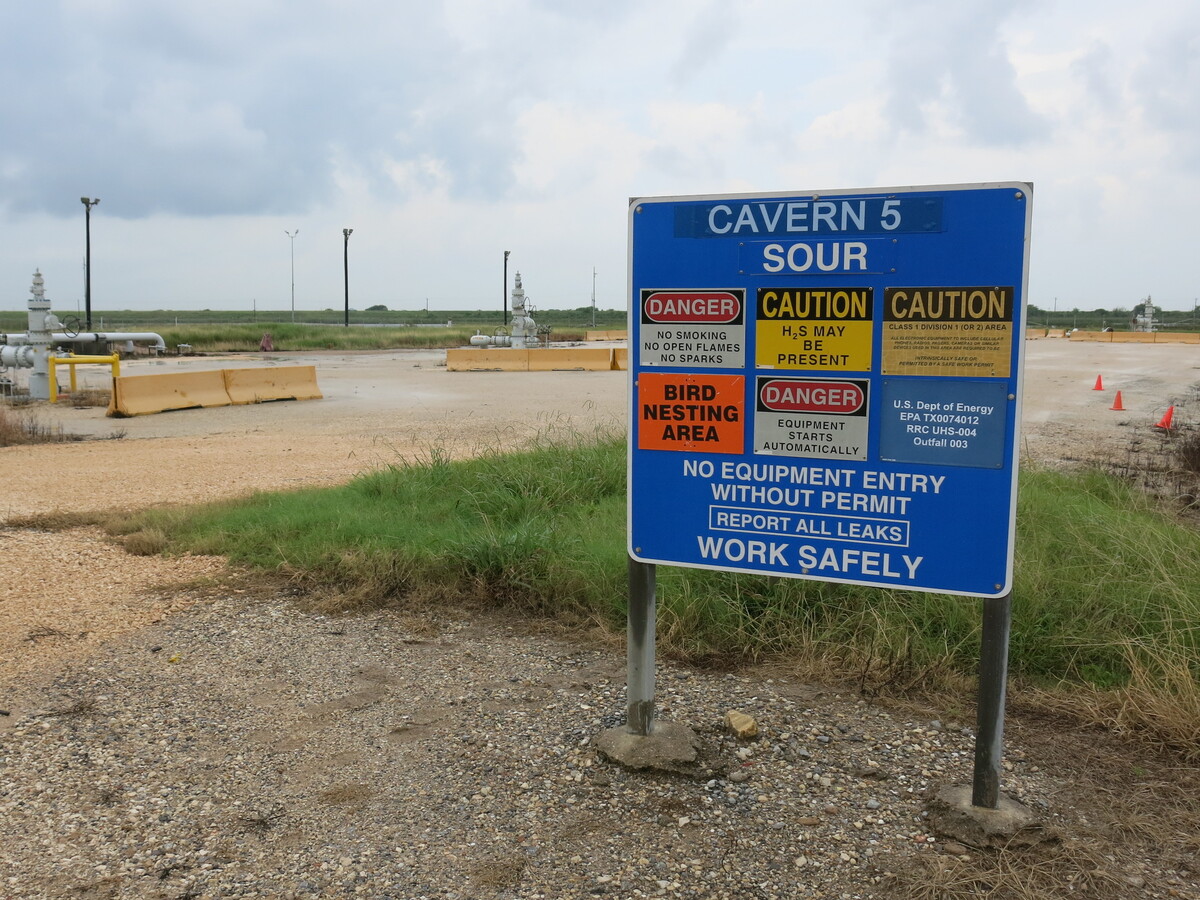 One of the sites for the Department of Energy's Strategic Petroleum Reserve lies within salt caverns 2,000 feet below the ground near Freeport, Texas.

The U.S. Department of Energy is considering the future of a public asset worth tens of billions of dollars: the Strategic Petroleum Reserve.

The SPR was created after a 1973-'74 oil embargo of the United States and other countries. Arab oil-producing countries stopped selling crude to the U.S. because they were upset over its support for Israel. The embargo led to steep price increases, rationing and long lines of frustrated drivers at gas stations.

The purpose of the reserve is to prevent this from happening again, by keeping at least a 90-day supply of oil imports on hand. Then, if there's another supply disruption, the government can step in and avoid a shortage.

Currently the U.S. has enough to cover almost five months of imports. All that oil is stored in underground salt caverns in Texas and Louisiana. Most of them are shaped like huge test tubes, the tops of which are at least 2,000 feet underground.

"Salt is very good for underground oil storage," says Robert Corbin, deputy assistant secretary for the Office of Petroleum Reserves at the Department of Energy. He says it's impermeable so the oil doesn't leak out and the oil doesn't dissolve the salt.

One question some people have is whether the oil goes bad over time.

"In underground storage caverns such as what we have at the SPR, the oil could sit in there — literally — indefinitely," Corbin says.

Some of the oil in storage has been there since the 1970s. Corbin says it's warm that far underground, so the crude moves around and mixes itself. 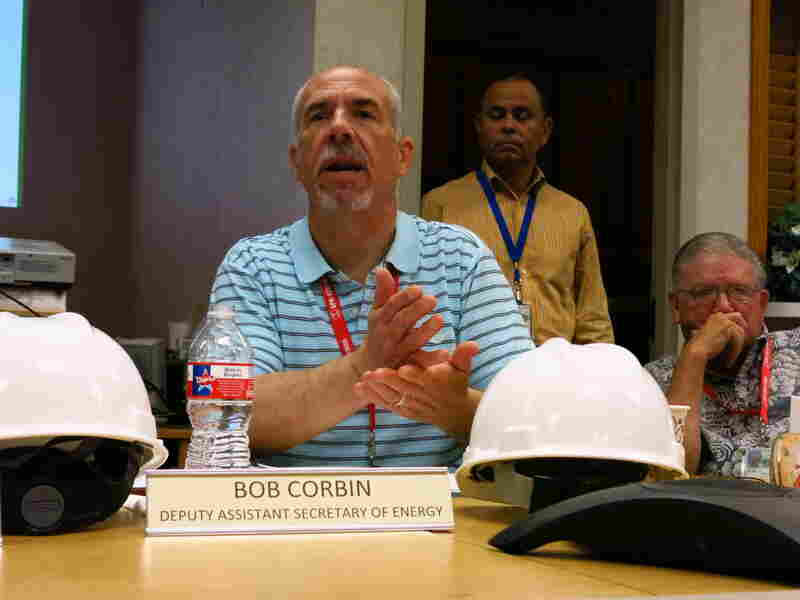 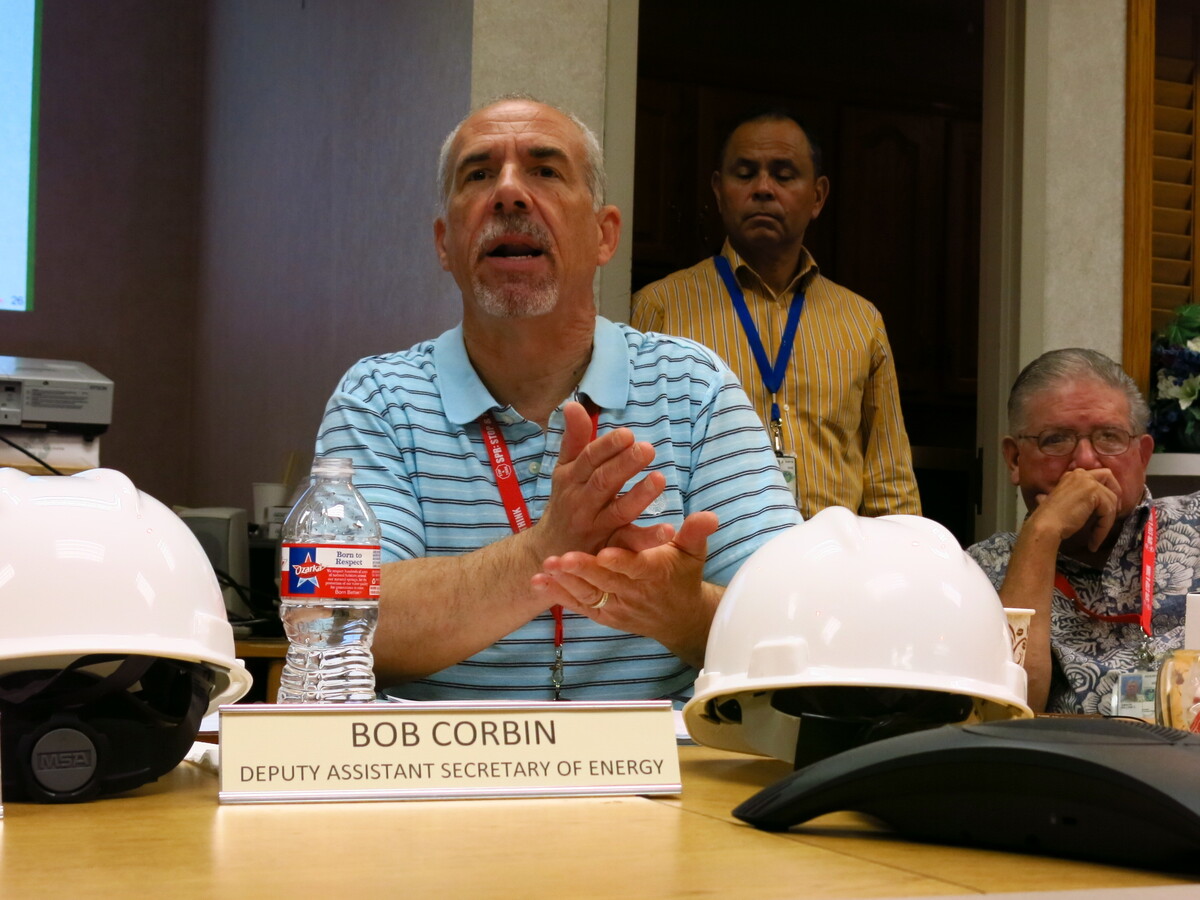 The reserve has been used for its intended purpose three times: at the start of the Gulf War in 1991; after Hurricane Katrina in 2005; and in 2011 when oil supplies from Libya were disrupted because of that country's civil war. Each sale was controversial and some argued the releases were not really needed.

That raises the question of whether the SPR should exist at all. Managing the reserve requires a staff of 126 federal employees and about 800 contract workers. Congress appropriated $212 million for the program in fiscal 2016.

"You might as well be wearing bell-bottoms as having 690 million barrels in storage," Kloza says.

Actually, it's 695.1 million barrels, and at current oil prices (just under $50 per barrel) the government-owned oil is worth about $34 billion.

Kloza believes the reserve doesn't need that much oil in it — he suggests reducing it by about half. Others want it sold off altogether. They argue proceeds from the oil could be used to pay for anything from road repairs to investing in renewable energy.

Kloza warns that any sales would have to be conducted carefully so they don't hurt a domestic oil market already hobbled by relatively low crude prices.

The oil market has changed a lot in the four decades since the SPR was created. Because of technologies like hydraulic fracturing, U.S. oil production is on the rise again and oil imports have declined. Kloza and others argue that oil companies could now make up the shortfall if another country stopped shipping crude to the U.S.

"Should there be some sort of interruption in the Mideastern supply that sends prices skyward, we would see a very, very quick ramp-up," he says.

Because oil prices are low now, companies in places like Texas and North Dakota have drilled wells but not pumped the crude out yet. So there's essentially a private reserve of oil now that can be tapped along with the public one.

DOE's Corbin says the SPR still fills a vital role for the U.S. economy. If there's a supply disruption like the one in the 1970s, that likely would send prices skyrocketing again.

"You want to try and bring those prices back down as quickly as possible," Corbin says. "The SPR can do that by releasing a large volume of oil in a short period of time."

He says oil can move from the reserve onto the market in less than two weeks.

The SPR also fills requirements for U.S. membership in the International Energy Agency.

As the Energy Department completes its review of the SPR, the reserve's existential question likely will get some attention. The results of the review — due out any day now — also will focus on the SPR's aging infrastructure. Some maintenance projects have been put on hold in the past, mostly for budget reasons.

The Obama administration has asked Congress to allocate $375.4 million to perform that work. It would be paid for by selling some of the oil in the reserve.