Accessibility links
Donald Trump Fired Corey Lewandowski, But His Problems Start With Himself Struggling candidates looking to fix their campaigns can usually start by looking in the mirror. That's certainly true here. 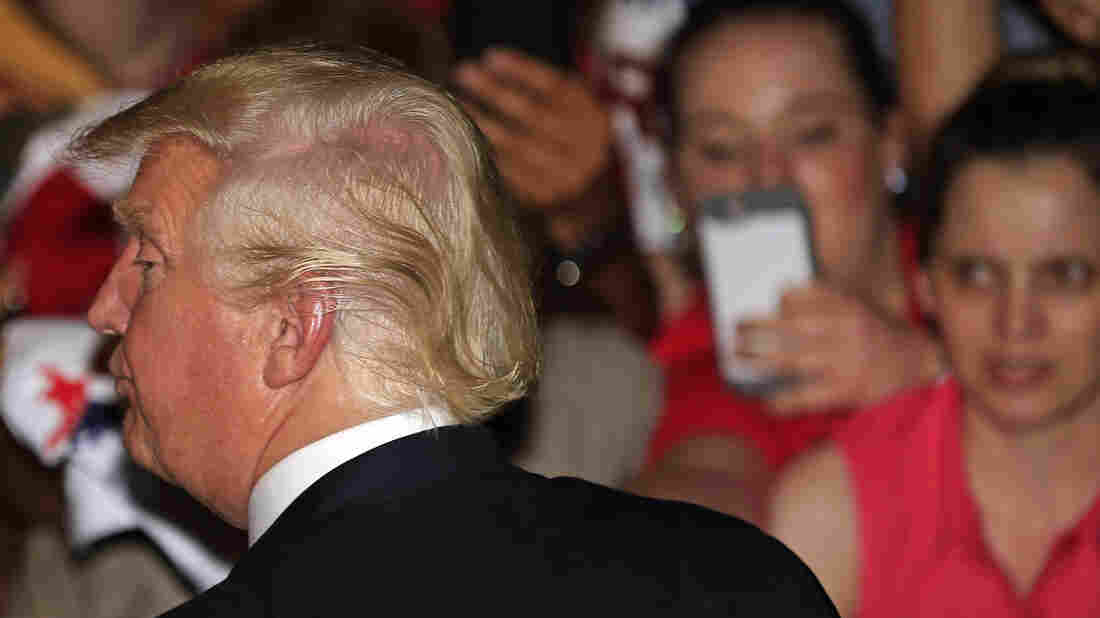 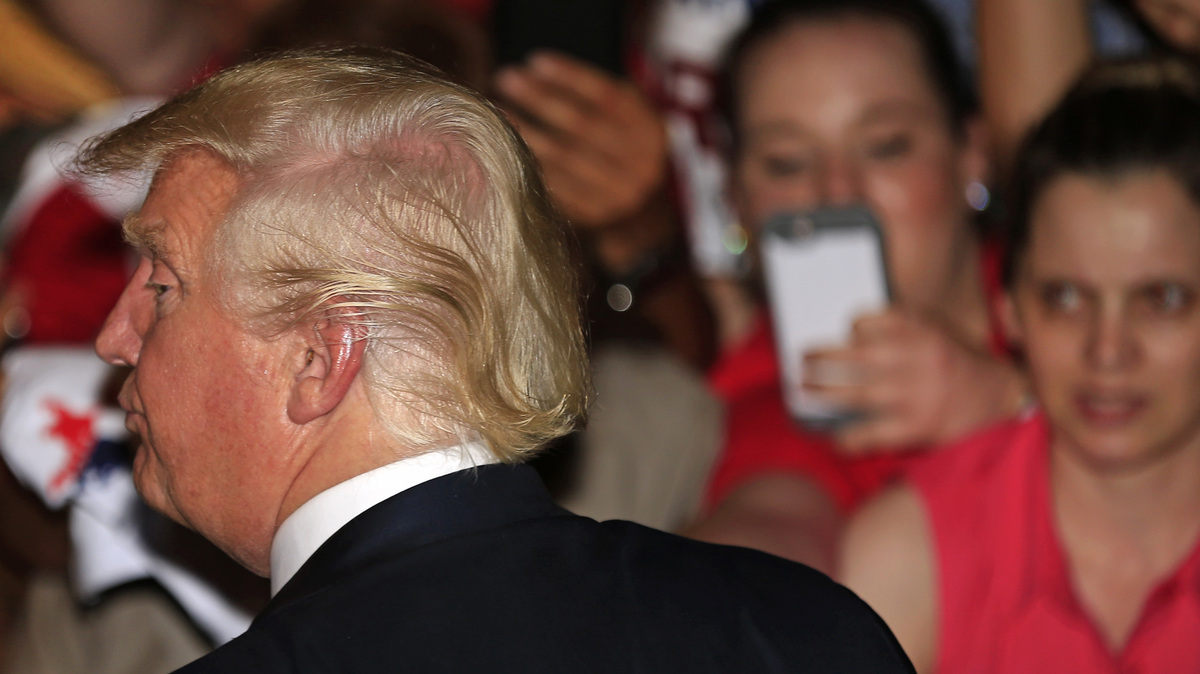 Things are not going well for Donald Trump.

On Monday, he fired his campaign manager, Corey Lewandowski. Lewandowski ran the campaign on a shoestring budget and a strategy that was largely built off and fueled by the candidate's say-whatever personality and brand.

That worked great in a primary — not so much in a general election. But Trump's problems are far deeper than an embattled campaign manager, who just four months ago was described as Trump's "alter ego."

Trump's family stepped in Monday in a scene that could have been ripped from The Apprentice.

Lewandowski was summoned to a morning meeting, but it was a setup, New York magazine's Gabe Sherman reports:

"Shortly after it began, [Trump's] children peppered Lewandowski with questions, asking him to explain the campaign's lack of infrastructure. Their father grew visibly upset as he heard the list of failures. Finally, he turned to Lewandowski and said, 'What's your plan here?' Lewandowski responded that he wanted to leak Trump's vice-president pick. And with that, Lewandowski was out."

Tension has persisted in the campaign between Lewandowski and a faction led by veteran political operative Paul Manafort, a former Ronald Reagan aide, who was brought on in the spring to manage a potential battle for delegates at the convention. But doubts started to grow about Lewandowski's management. The bottom line is Lewandowski didn't run a campaign that could win a modern-day presidential campaign.

Here were some of the problems: 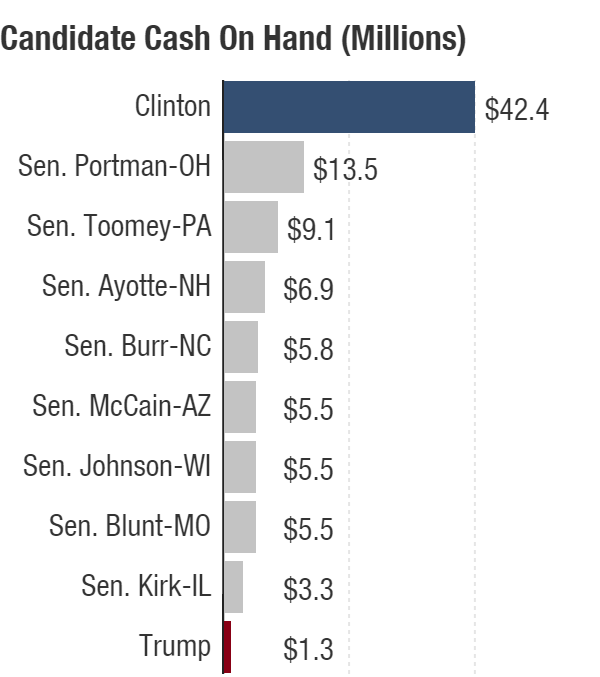 Cash on hand totals are through May, filed June 20, for Hillary Clinton and Donald Trump, and as of March 31 for GOP senators seeking re-election in November. Domenico Montanaro/NPR/Federal Election Commission hide caption

Money: Trump didn't need much of it in the primary campaign. He was able to get himself on TV without much problem. But Trump, who claims to be worth $10 billion, vowed not to fund his general-election campaign. That, combined with Trump's lackluster fundraising, has made lots of Republicans wring their hands. At the end of May, Trump's campaign had just $1.3 million cash on hand — and owed Trump himself $45.7 million. That figure is so paltry, it's less than every Republican senator up for re-election in competitive races. In something of an exit interview on CNN Monday after his firing, Lewandowski bragged twice that "the money is pouring in." He said the campaign had raised some $6 million to $8 million at recent events.

Trump would have to raise that amount of money every single day for two to three months to total the $500 million he said he would need to fund a general-election campaign. And that's half of what most real campaigns for president would need nowadays. In 2012, Romney and Obama spent roughly $2 billion combined.

Travel: Trump wasted a monthlong advantage over Hillary Clinton when he had vanquished his rivals and she was still battling Bernie Sanders. Instead of focusing on traditional swing states, Trump traveled to states where he is likely to win or likely to lose.

Staff: Trump's campaign has fewer than 100 staffers. He boasts how "efficient" his operation is, with 73 employees. Clinton is estimated to already have around 800 paid staffers. Those are people who can be used to register voters and then get them to the polls in key states. You could believe Trump's boast that his campaign is more "efficient" and that his constant presence on TV compensates for a smaller staff. Or you could look to history: By August of 2012, Obama had 901 people on his payroll; Mitt Romney had 403.

And never mind the size of the staff; what is the campaign doing with them? Trump has eschewed data and behavioral analytics so far. That's something the Clinton team not only is all over, but something the Republican Party recognized was a problem after losing twice to Obama. The president broke the mold on this, and Republicans have tried hard to make up ground in the use of data.

Ads: Hillary Clinton and groups supporting her are spending more than $23 million on ads in eight key battleground states, according to NBC/SMG Delta.

For those who think it's still early, it's not really. Consider 2012 — back then, Romney and his allies were on air with almost $40 million in ads, compared with Obama and his supporters with $45 million. And one of the lessons of 2012 was that Romney allowed his opponents to define him with negative advertising early on. Trump's negatives are far worse than Romney's were at this point in the campaign.

Stunning --> Team Clinton has a 100% ad-spending edge in battlegrounds.

The Problem Starts At The Top

Message: Trump has myriad problems, including a lack of policy depth, a dereliction of facts and an overall message — especially when he talks about race and identity — that has offended lots of voters he didn't have to worry about in a nearly all-white Republican primary. But a general election is a whole different ballgame. Some 14 million people voted for Trump in the primaries — a record. But Obama won almost five times as many votes in the 2012 general election (66 million).

Image: Trump may have been the Teflon Don with GOP voters, but he was Velcro with the rest of the country. Coming out of the primary, Trump's negative rating is higher than any other presidential candidate in history. And it has gotten worse in the past month following (1) his inflammatory comments that the presiding judge in the Trump University fraud case was biased because of his Mexican heritage and (2) the veterans fundraiser imbroglio. Trump donated $1 million only after the Washington Post reported there was no evidence he had done so as promised. That led to a press conference at which Trump called reporters names like "sleaze" and, derisively, "a real beauty." (Both reporters are children of Cuban immigrants.)

Disunity: All of that has led to a split with Republican Party leaders. Never before has the sitting speaker of the House called his party's presumptive nominee's comments "racist" (as Paul Ryan did with Trump's comments on the Trump U judge). Senate Majority Leader Mitch McConnell chided Trump to get on message and stick to the script. One Republican senator said he would not entertain any more Trump questions and others are refusing to defend him and even threatening not to support him.

He called it "easy." It's proved to be not so easy. Instead, Trump seems to have an internal conflict choosing which self he wants to be. He delivered two wooden speeches, reading from a teleprompter twice in a week after GOP disunity came to a head. And then he was back to his free-wheeling self at a rally in Atlanta on Wednesday. His rambling speech went on for more than an hour, with Trump sometimes ducking out of incomplete thoughts midway through a sentence, sometimes coming back to them much later.

You just never know which Trump you're going to get — and both have their flaws.

Polls: Trump is now facing a minor collapse of his poll numbers against Hillary Clinton. After Trump wrapped up the nomination, he pulled even with Clinton, according to the Real Clear Politics average of the polls. (That was when the Democratic race was not yet settled.) Over the past month, Trump has dipped below 40 percent. Clinton holds, on average, a 6-point lead. Polls this far out are hardly predictive of what will happen in the fall, but the trend is unmistakable and worrying many in the GOP.

Besides the horse-race numbers are other worrisome figures for the GOP:

-- An ABC/Washington Post poll found 70 percent of Americans dislike Trump, including 56 percent who have a "strongly unfavorable" view. That's unheard of. What's more, 9 in 10 Hispanics have an unfavorable view of Trump, including more than three-quarters who said so "strongly."

-- A CBS/New York Times poll found that 41 percent said they thought Clinton had done something illegal with her emails and private server setup in her home. Yet Trump was pulling in only 37 percent against Clinton's 43 percent in a head-to-head matchup. That means Trump isn't even getting all of the people who thought Clinton had done something illegal.

All of this has led to "Free the Delegates," the latest of the Stop Trump/Never Trump/Dump Trump movements.

"It's good news for us, bad news for the Trump supporters," contended Kendal Unruh, a delegate from Colorado, speaking Monday on MSNBC of Lewandowski's ouster. She's one of the leaders of "Free the Delegates," which is encouraging the Republican National Committee to change its rules and allow delegates to vote their conscience at the convention. 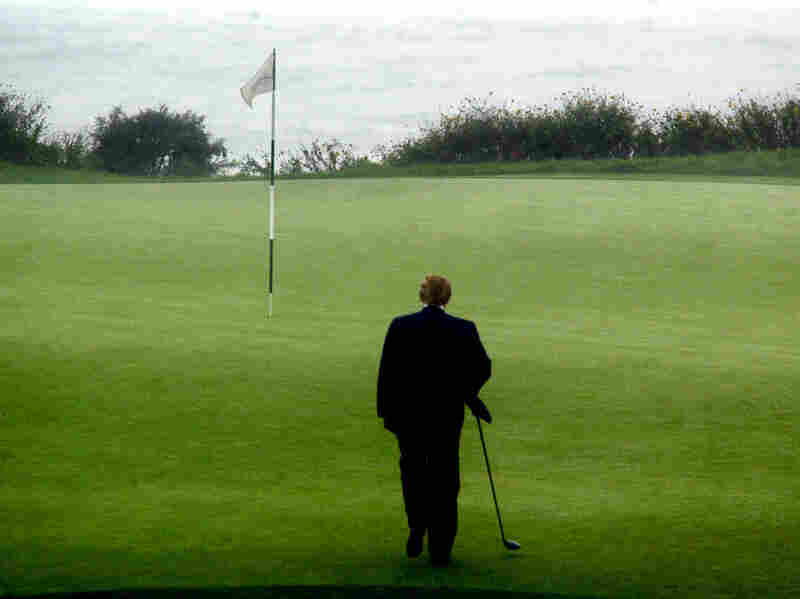 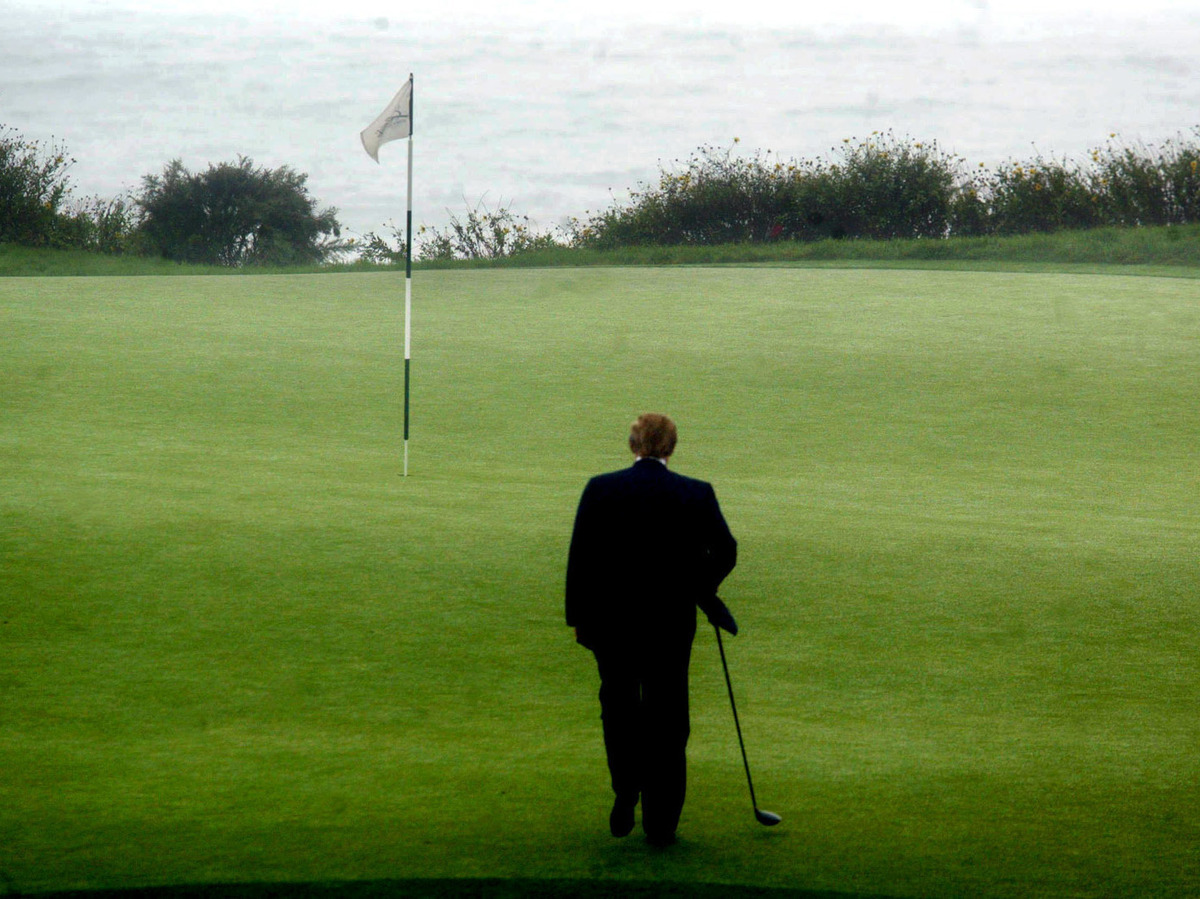 "There is not a campaign, there is not an organization," Unruh said of the Trump team, adding, it would be "impossible to win against Hillary Clinton" with Trump on the ticket.

But Free the Delegates, like past Stop Trump efforts, is unlikely to succeed. It, too, has little organization. And, perhaps most importantly, no candidate.

"Zero chance of success, unless Ted Cruz, who controls almost 1,000 delegates, joins in," is how veteran GOP operative Charlie Black described the effort. Black worked for John Kasich's presidential campaign, but also has ties to Manafort, with whom he founded the lobbying firm Black, Manafort, Stone & Kelly. "This likely will calm down before the convention."

Another veteran strategist called it "unlikely" that the RNC rules would be changed to derail Trump and said it is "highly improbable" that most of the delegates would "go against the will of millions of Republican primary voters."

"The ball is the hands of one person, Donald Trump," said Danny Diaz, who managed Jeb Bush's presidential campaign. "If he proves he can campaign without attacking fellow Republicans and employing divisive rhetoric, he will have few issues becoming the nominee, despite getting grudging support on the floor of the convention."

If Trump continues to be critical of fellow Republicans, however, it's possible there could be at least a protest vote on the floor of the convention. Sure, Trump would still be the nominee, but the last thing the party wants is a demonstration of disunity shown live on national television months before voting.

Either way, Trump has a lot of work to do — and it starts with himself.