Accessibility links
Latino Voters Hit Hardest By Brooklyn Voter Purge When mapped by election district, an analysis by member station WNYC shows that Hispanic voters were disproportionately purged from the rolls when compared with all other groups. 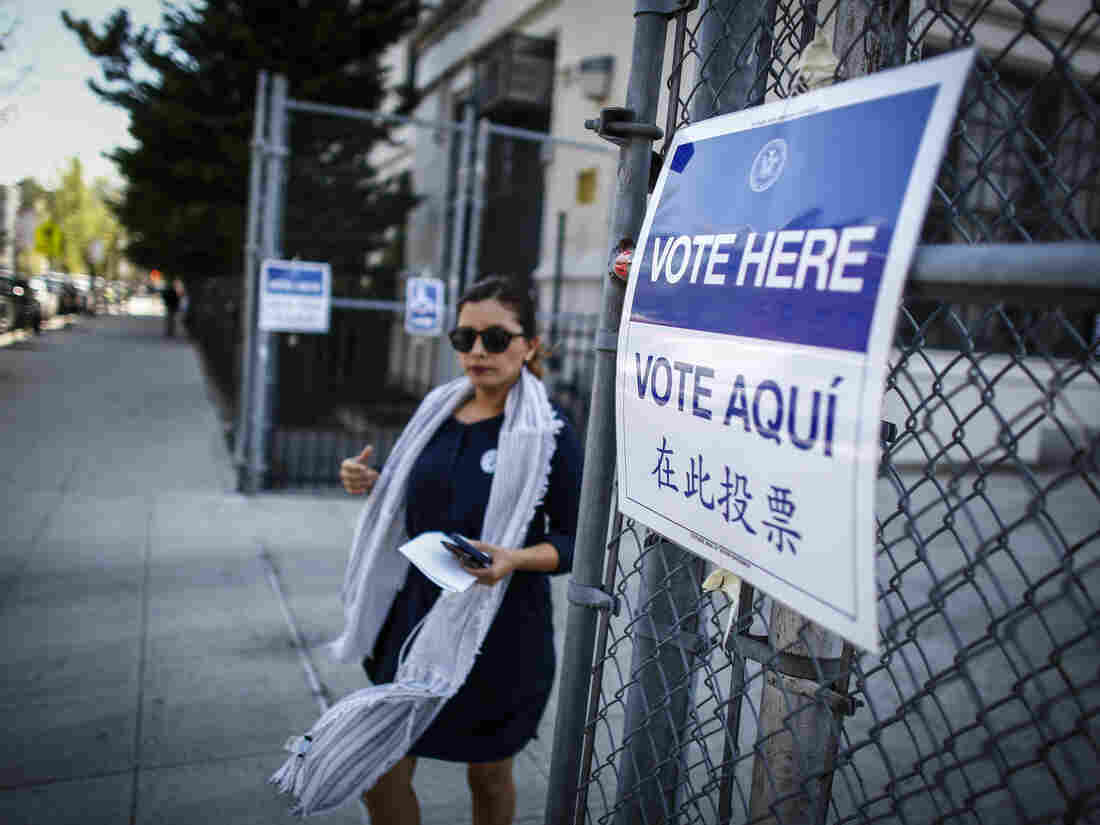 This story was originally posted on the website of member station WNYC:

Ever since New York state's presidential primary in April, officials from the city Board of Elections have been trying to explain what led to two illegal voter purges that removed more than 120,000 voters from the rolls.

Why Voter Rolls Can Be A Mess

Executive Director Michael Ryan has apologized publicly, but he has also tried to debunk claims that any specific group of voters was unduly affected by the purge. Testifying under oath at a City Council hearing last month, Ryan said that "a broad cross-section of voters [was] removed from the voter rolls."

But a WNYC analysis found something very different. Under the state Freedom of Information Law, WNYC obtained the list of every voter the board says was removed from the books in a major purge over two days last summer. When mapped by election district, the analysis shows that Hispanic voters were disproportionately purged from the rolls when compared with all other groups.

More broadly, board officials have said repeatedly that the purges were a mistake. The two top clerks at the Brooklyn office have been suspended without pay since shortly after the primary. Ryan announced earlier this month that the board would return all the purged voters to the rolls in time for Tuesday's congressional primary. 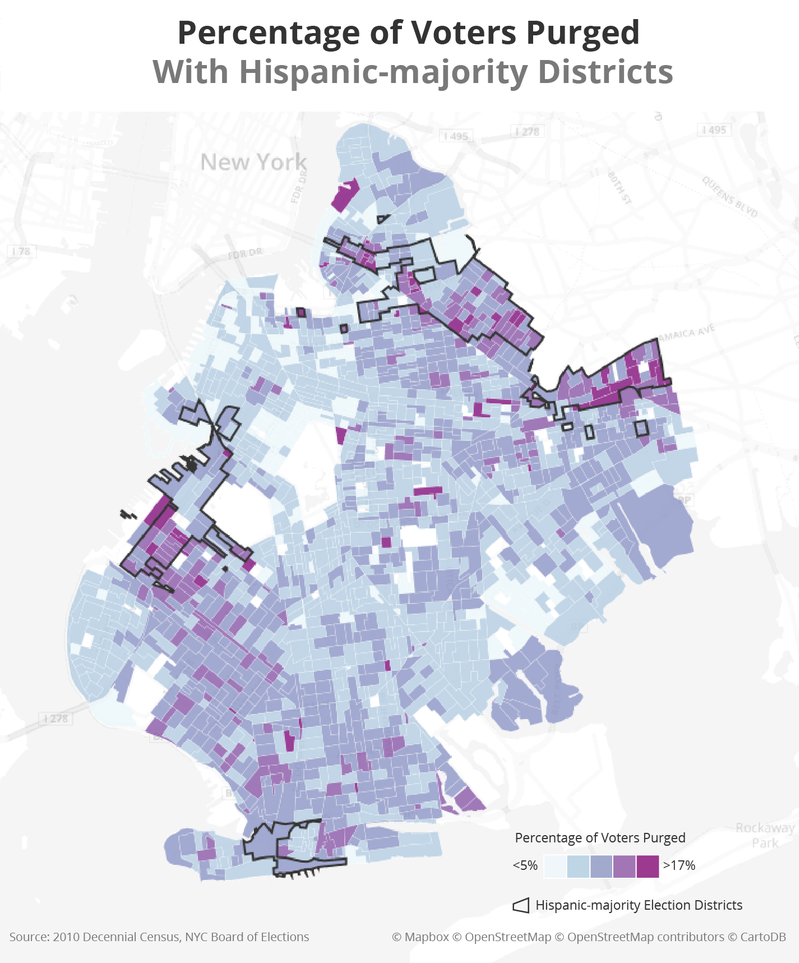 Percentage of voters dropped from the rolls in majority-Hispanic districts. WNYC, 2010 Census, NY Board of Elections hide caption

The election districts with the largest number of purged voters are heavily concentrated in the neighborhoods of Sunset Park, East New York, and parts of Bushwick and Williamsburg — largely within the bounds of the 7th Congressional District, whose incumbent, Democrat Nydia Velázquez, faces a primary challenge later this month from two candidates.

According to New York state election law, there are legitimate reasons why voters should be removed from the rolls — they move, they die, they are convicted of felonies. But the distribution of these voter purges raises a series of troubling questions about how the board performs some of its most basic and essential functions, and whether the weakening of the federal Voting Rights Act in 2013 allowed the board's misconduct to slip under the radar.