Accessibility links
Marco Rubio Reverses Course, Will Run For Re-Election To Senate Florida Sen. Marco Rubio has changed his mind and will indeed run for re-election to the U.S. Senate.

Marco Rubio Reverses Course, Will Run For Re-Election To Senate

Marco Rubio Reverses Course, Will Run For Re-Election To Senate 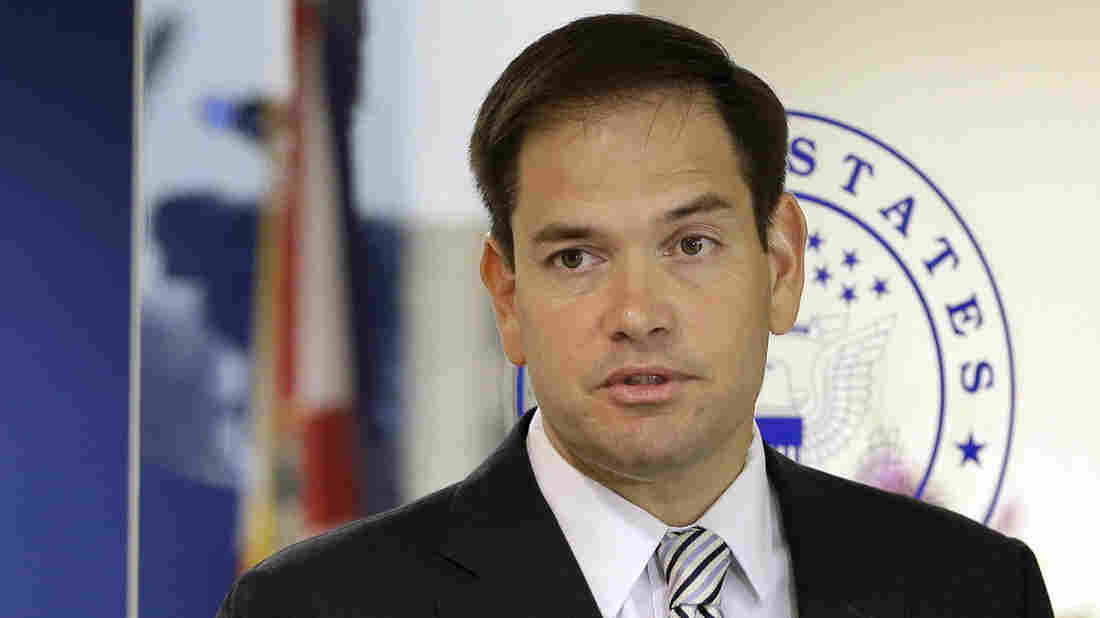 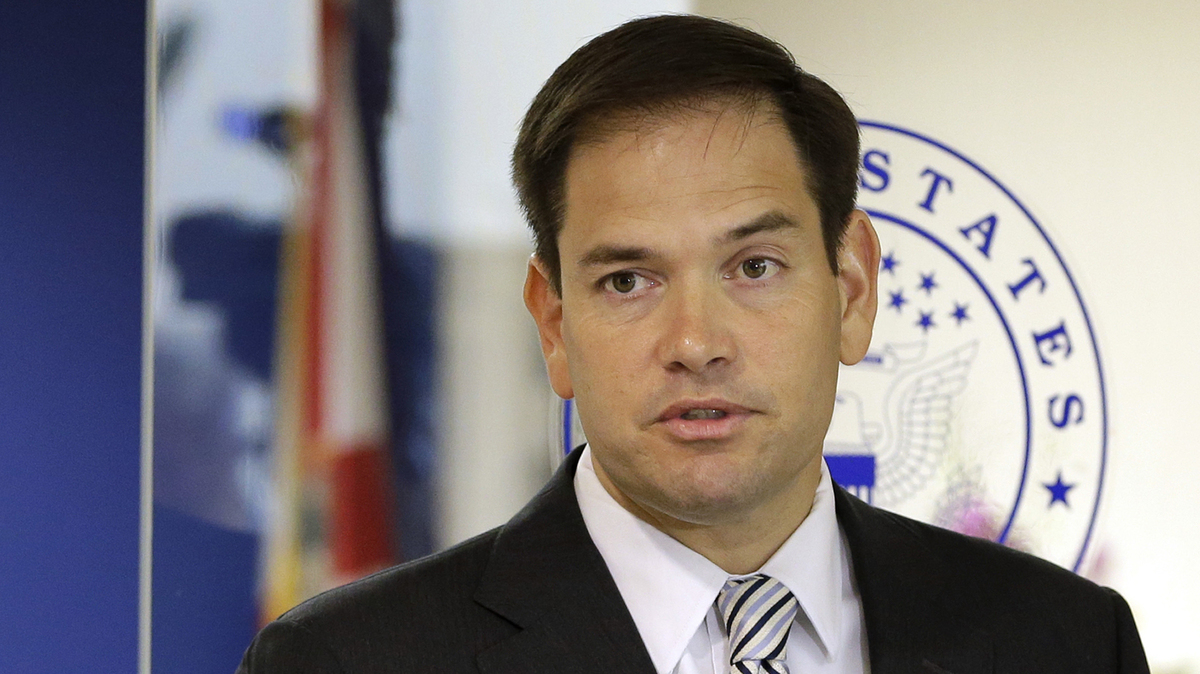 Sen. Marco Rubio, R-Fla., announced Wednesday he is running for re-election to his Florida Senate seat.

Florida Sen. Marco Rubio has changed his mind and will indeed run for re-election to the U.S. Senate.

It's a big departure for the former presidential candidate, who had repeatedly maintained that there was no "Plan B" if his campaign for the presidency did not work out. Even after withdrawing from the White House contest in March, Rubio continued to insist he was not going to run again and even mocked such insinuations that he would reverse course.

I have only said like 10000 times I will be a private citizen in January.

But on Wednesday, Rubio did just that. In a statement, he admitted it was a puzzling turn of course.

"In politics, admitting you've changed your mind is not something most people like to do. But here it goes," Rubio said. "I have decided to seek reelection to the United States Senate. I understand my opponents will try to use this decision to score political points against me. Have at it. Because I have never claimed to be perfect, or to have all the answers."

Rubio continued that he he felt a sense of duty to run again given the current presidential race — even though he has reluctantly endorsed presumptive GOP presidential nominee Donald Trump, who mocked him mercilessly throughout the race:

The prospect of a Trump presidency is also worrisome to me. It is no secret that I have significant disagreements with Donald Trump. His positions on many key issues are still unknown. And some of his statements, especially about women and minorities, I find not just offensive but unacceptable. If he is elected, we will need Senators willing to encourage him in the right direction, and if necessary, stand up to him. I've proven a willingness to do both.

Rubio admitted that the "Senate can be a frustrating place" — something he reiterated during his presidential campaign, and he was frequently hit for often missing votes.

"But the Senate is also a place from which you can perform great services for the people you have the honor of representing. And I am proud of the work we have done to help thousands of Floridians over the last six years," Rubio said. "The Senate can also be a place from which great policy advances can be made. I am proud that we have done that too."

Rubio's decision helps national Republicans in a critical seat they need to maintain their slim Senate majority. A recent poll showed the incumbent leading his possible Democratic challengers, while other Republican candidates trailed.

"He abandoned the people of Florida and showed himself to be nothing but an opportunistic career politician. Today's news only confirms that further."

The August GOP primary to replace Rubio was highly unsettled among several candidates, and some are stepping aside for Rubio. Rep. David Jolly had already withdrawn to run for a competitive House seat against former Gov. Charlie Crist. Lt. Gov. Carlos Lopez-Cantera, a close friend of Rubio's, also stepped aside shortly after Rubio's announcement, and Rep. Ron DeSantis said he would now run for re-election to the House instead.

But two other Republicans have indicated they have plans to withdraw. Carlos Beruff, a self-financing wealthy homebuilder who has drawn comparisons to Trump, said in a statement after Rubio's announcement that voters needed someone with his "real world experience" and said earlier this week he will put in $10 to $15 million of his own money to defeat Rubio.

"This isn't Marco Rubio's seat; this is Florida's seat. The power brokers in Washington think they can control this race. They think they can tell the voters of Florida who their candidates are. But the voters of Florida will not obey them," Beruff said. "Like Marco Rubio in 2010, I'm not going to back down from the Washington establishment. They are the problem, not the solution."

Defense contractor Todd Wilcox, who was also prepared to reach deep into his own pockets to fund his campaign, told the Tampa Bay Times last week he'd also stay in the race.

Both Wilcox and Beruff pointed to Rubio's poor performance in the GOP presidential primary as evidence that he was vulnerable, and he will have to hustle to fundraiser before the August 30 contest. Rubio, however, remains the heavy favorite, and the two challengers could actually split any anti-Rubio vote.

National Republican Senatorial Committee Chairman Roger Wicker, R-Miss., however, announced that Rubio would "have the full support of the NRSC."

"While Marco is already in a strong position to win, Democrats are currently locked in a bruising primary that will produce a weak nominee and cost millions of dollars," Wicker said in a statement.

Democrats, indeed, have a messy primary themselves. National Democrats support moderate Rep. Patrick Murphy, who they believe is the best general election nominee. But liberal firebrand Alan Grayson, currently under ethics investigation over involvement with an off-shore hedge fund, has a strong following as well, and his nomination would give Democrats a massive headache.

Florida Democrats pointed out that Rubio was crushed by Trump in the GOP primary earlier this year, and predicted that he would, indeed, "be a private citizen in January of 2017" as he had previously wished.

"Rubio lost 66 of 67 counties in March because he abandoned the people of Florida and showed himself to be nothing but an opportunistic career politician. Today's news only confirms that further," Florida Democratic Party Chairwoman Allison Tant said in a statement.