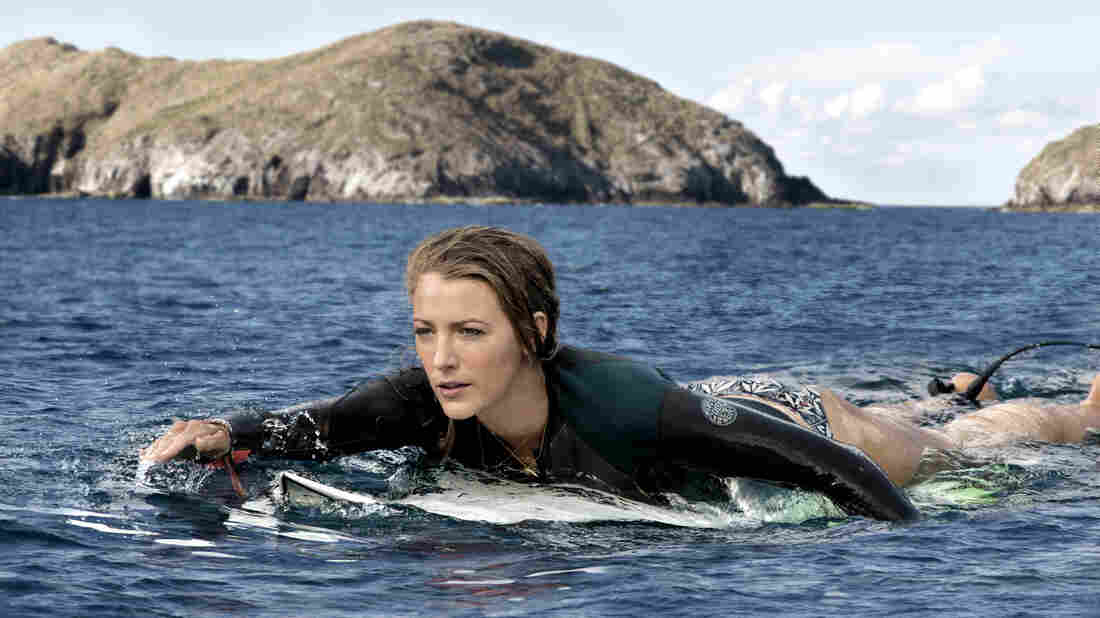 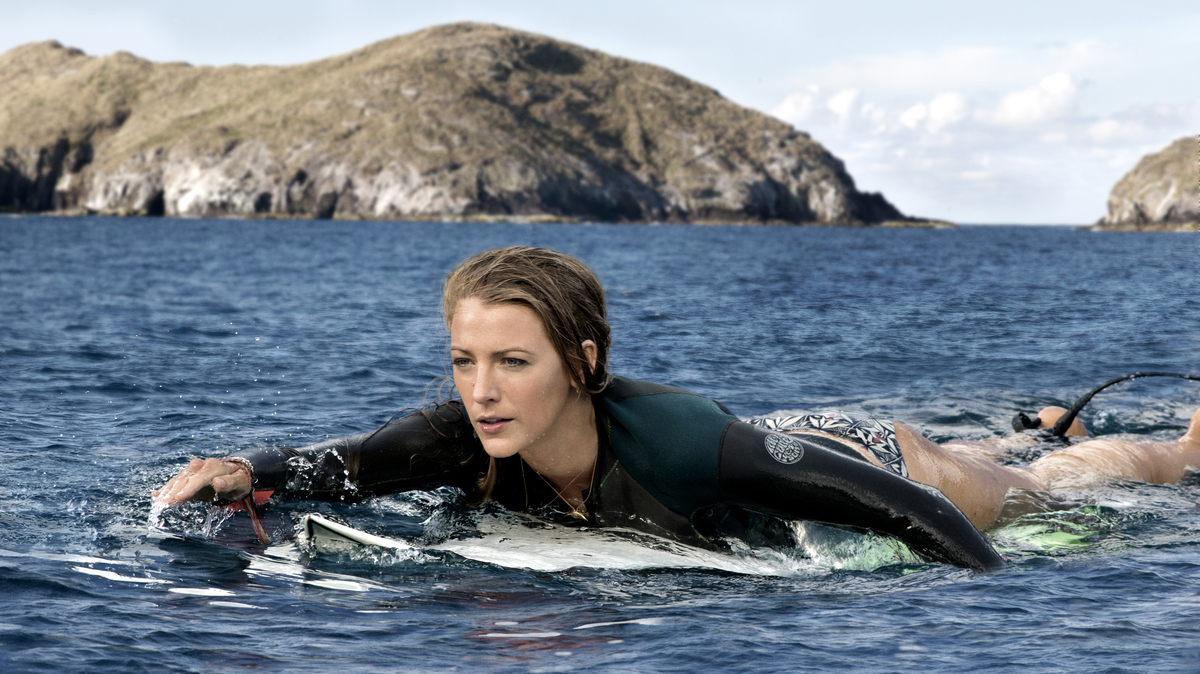 Nancy (Blake Lively) in The Shallows.

The Shallows, the second-best aquatic adventure now playing at a theater near you, looks at first glance like an attempt to restore a modicum of respectability to the genre Jaws wrought. (I mean shark-flicks specifically, not the predatory, invasive species of the sensation-driven summer blockbuster.)

The Great White stars of the Jawsiad quickly ceased to resemble any beasts found in nature — they were bringing down helicopters as early as 1978's Jaws 2. But even Jaws: The Revenge ("This time, it's personal") looks like Gorillas in the Mist compared to the 21st century made-for-Syfy-shark-portmanteau plague, which asserts that camp is a thing you can engineer the way the scientists in 1999's Deep Blue Sea engineered sharks with ape-level intelligence. The cruel fact is that bad movies trying their durndest to be good will always be more rewarding than bad movies that are bad on purpose.

Sharkenfreude, the Germans call this phenomenon.

The Shallows tries its durndest, and it's certainly got more bite than that chum on basic cable. You have to admire the elegance of its premise: Blake Lively is stranded just a 90-second paddle away from shore. That's the movie.

But don't let the CGI shark (and jellyfish!) fool you: The film that is The Shallows' true inspiration is Gravity, the multi-Oscar-winning Sandra-Bullock-stranded-in-orbit thriller of three years ago.

As in Gravity, this film's sole concern is a grieving but deeply resourceful woman who, confronted with the prospect of her imminent death, makes the decision to do the hard thing and survive. Bullock's character was a doctor in mourning, while Lively plays... a medical student in mourning. In this genre, the physical trial — getting back to Earth, killing the submarine-sized shark that wants to eat you — is always an externalized representation of mortal grief. Survive, and ye shall be healed.

Director Jaume Collet-Serra is no Alfonso Cuarón, but he has plenty of experience at this sort of thing: prior to plumbing The Shallows, he made three consecutive films with Liam Neeson, our cinematic patron saint of violent moping. The far more prevalent male-led version of this genre requires the despondent hero — usually a widower, but sometimes a contrite divorcee — not merely to escape death, but to kill his way back to sound mental health.

Anyway: The Shallows is a thoroughly mediocre specimen of the externalized-grief survival flick, distinguished by a strong performance from Gossip Girl alumnus Lively. She plays a Texan on a pilgrimage to find the secret Mexican beach (the movie was shot in Queensland, Australia) where her mom once surfed while pregnant with her (against medical advice, presumably). The picture at its most destabilizing in its early scenes, when all we know is that a young woman is traveling alone among strange men in a foreign country. Are they honest? Will they try to hurt her? You don't want to come off like a paranoid, privileged American, but there are predators in these waters. As it were.

In the non-metaphorical waters, there are those shark-vision shots of dangling legs that Steven Spielberg made famous 40 years ago, complemented by human point-of-view shots meant to have been captured on a helmet-mounted Go-Pro worn by a surfer who got eaten. More distracting are the picture-in-picture inserts that show us the photos and text messages Lively is looking at on her phone, which tell us nothing that isn't already conveyed in dialogue. Contrast this with the artier solo-survival-at-sea thriller All Is Lost, wherein Robert Redford discovers an old letter. We never learn who sent it, or what it says. Everything we actually need to know is conveyed by Redford's face as he reads in silence.

Lively is a capable actor; she could have pulled off that sort of thing if Collet-Serra had that kind of confidence in her, or us. But he doesn't have it in himself — he throws up title cards periodically, letting us know it's SIX HOURS TO HIGH TIDE, for instance. Keeping a tally of how many how hours Lively has been stranded on a slowly-shrinking rock, severely injured and exhausted and starving and dehydrated, doesn't add to the suspense in any real way. What's the point of telling us anything that's outside of her character's subjective experience?

For most of the film's uncommonly brief run-time (yet another quality it shares with Gravity), Lively's sole companion is a white bird whose injured wing she takes it upon herself to mend. The film reaches its climax, inspiration-wise, when she names him Steven Seagull.

Remember Steven Seagal? He wasn't working out emotional demons when he killed people in his movies; he just did it because that was his beady-eyed nature.

He was very sharklike in that way.