Accessibility links
Review: Bat For Lashes, 'The Bride' Bat For Lashes' new concept album, The Bride, plays with the same traditions and symbols that make weddings romantic, to dark and devastating effect.

Review: Bat For Lashes, 'The Bride'

Review: Bat For Lashes, 'The Bride' 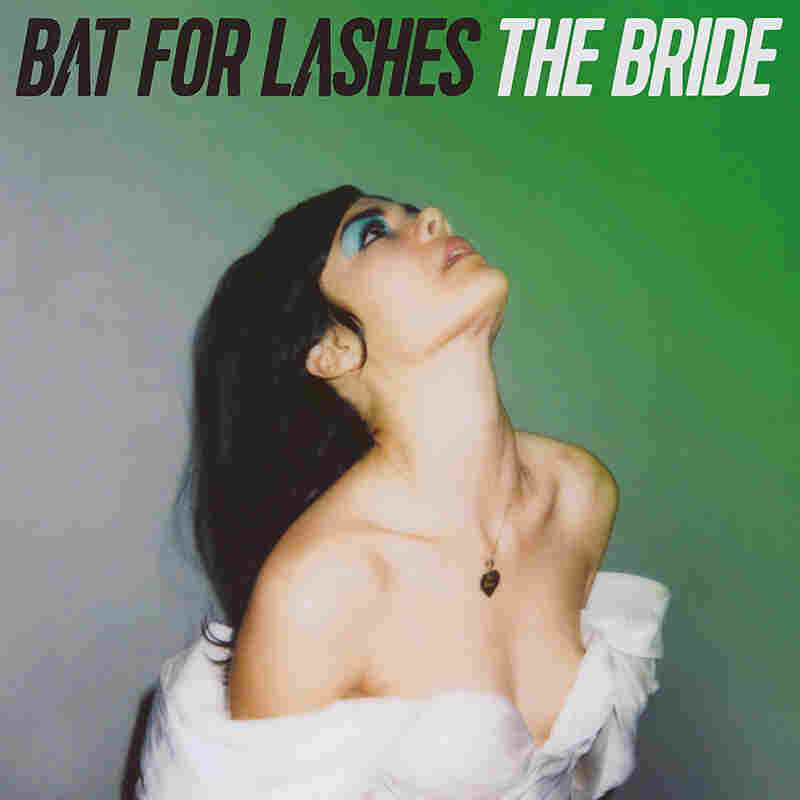 It's not that weddings are inherently creepy, per se. It's that, more than in many other momentous occasions, the same traditions and symbols that make a wedding lovely seem to have particularly dark counterparts. A beautiful wedding dress becomes a desiccated, dangerous fire hazard. Adoration becomes obsession. Promises to love forever become the tortured pursuit of ghosts. Weddings are ripe ground for storytellers, in other words: one ceremony, a hundred potential outcomes.

Latest to the lineup of artists inspired by the way betrothal can go very, very wrong is Natasha Khan, who performs as Bat For Lashes. Her new record, The Bride, is a concept album that follows the eponymous heroine from pre-wedding jitters immediately to widowhood, as her betrothed is killed on his way to the chapel to marry her. The album, and its subject matter, are a spiritual sister to the high drama of Kate Bush's "Wuthering Heights," which also explores star-crossed love and its fallout. Similarities between Bush and Khan extend in particular to a shared wavering, piercing upper register that Khan has deployed on earlier records, but never allowed to sour for dramatic effect. On The Bride, the shift from the borderline-cloying, autoharp-laden innocence of "I Do" to the bent notes and out-of-tune instruments of "Honeymooning Alone" and "Close Encounters" give Khan room to expand both the dramatic arc of the story and her own limits as a performer.

Every Bat For Lashes record is theatrical, and Khan has created characters in connection to her music before, but The Bride comes across as self-contained in a way her previous work hasn't. Instead of singles dallying in other worlds, this is a deep dive into a single motif, which is reviewed from many angles and in great detail. It's hard to imagine a better fit for Khan's particular brand of dreamy, vaguely psychedelic alt-pop than a fully formed soundtrack (the album was inspired by "I Do," the short film Khan directed earlier this year) to a larger-than-life tragedy and subsequent journey to self-discovery. For that's what becomes of our unfortunate almost-bride: She commandeers the honeymoon car and takes to the open road. A perfect image for Bat For Lashes, as she embarks on what seems to be a more nuanced, experimental and deliberate way of telling musical tales.