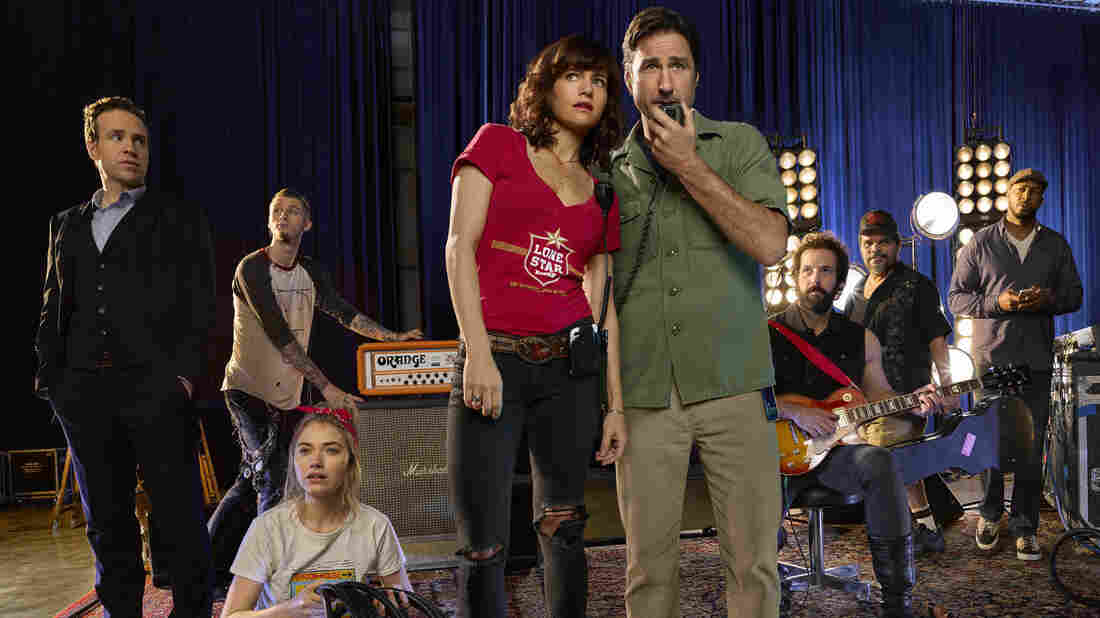 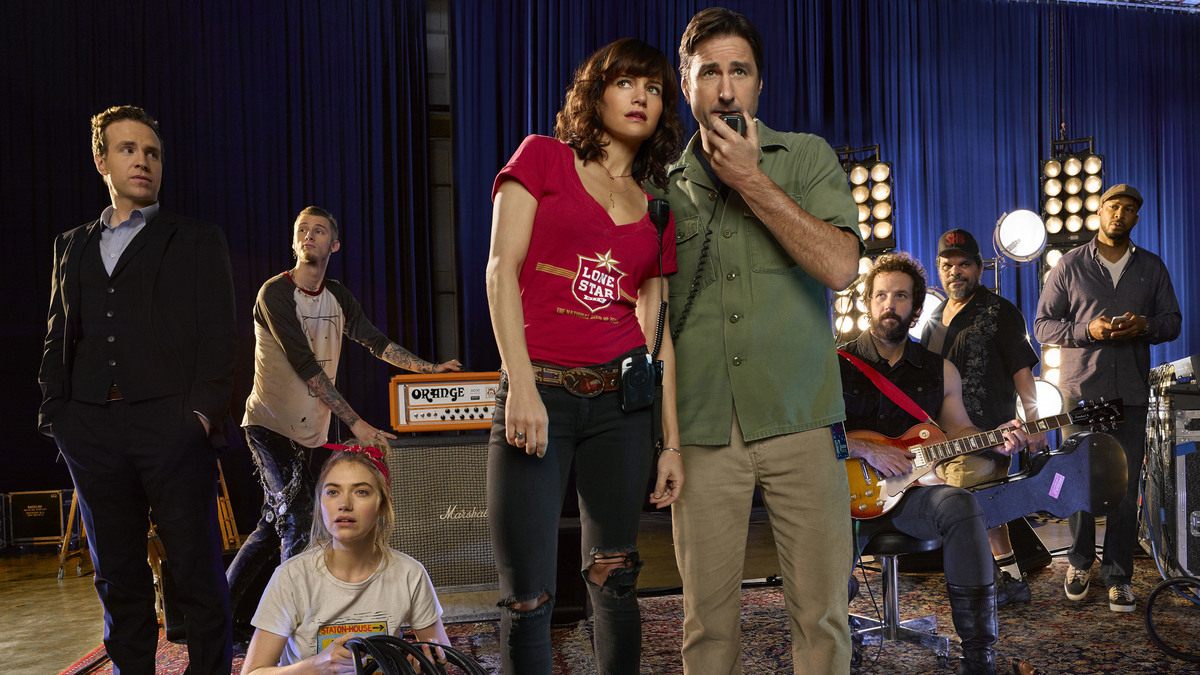 Doug Redler came to the life almost by accident. He took what he thought would be a short break from writing for Billboard magazine to help out a guitarist friend who was touring with Roxy Music frontman Bryan Ferry.

But in the three decades or so since that first outing, Redler has built a long resume as a roadie – he prefers the term "guitar technician" — working with the Black Crowes, the B-52s, Hall & Oates, Peter Gabriel, Paul Simon, Slash and The Dixie Chicks.

Over the years, Redler got so many questions about life on tour that he co-wrote a book, The Guitarist's Guide to Maintenance & Repair, filled with some of his favorite war stories from the road. 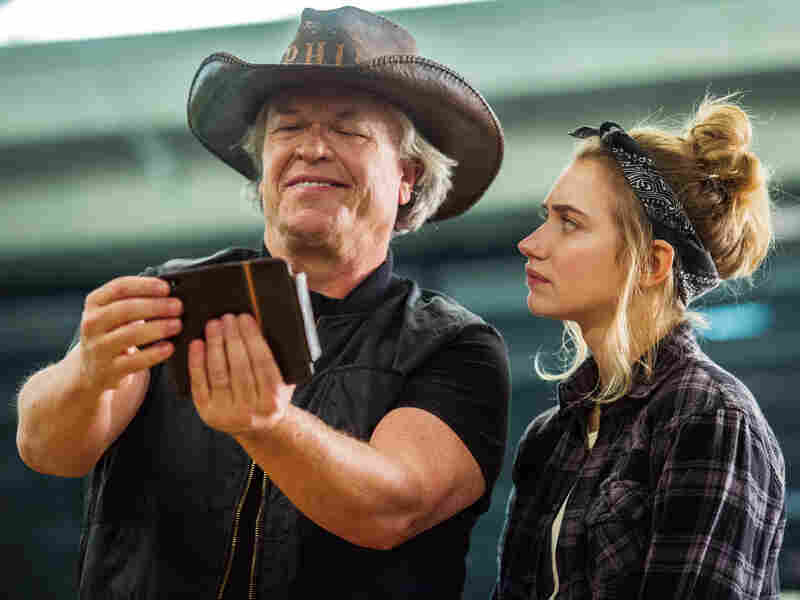 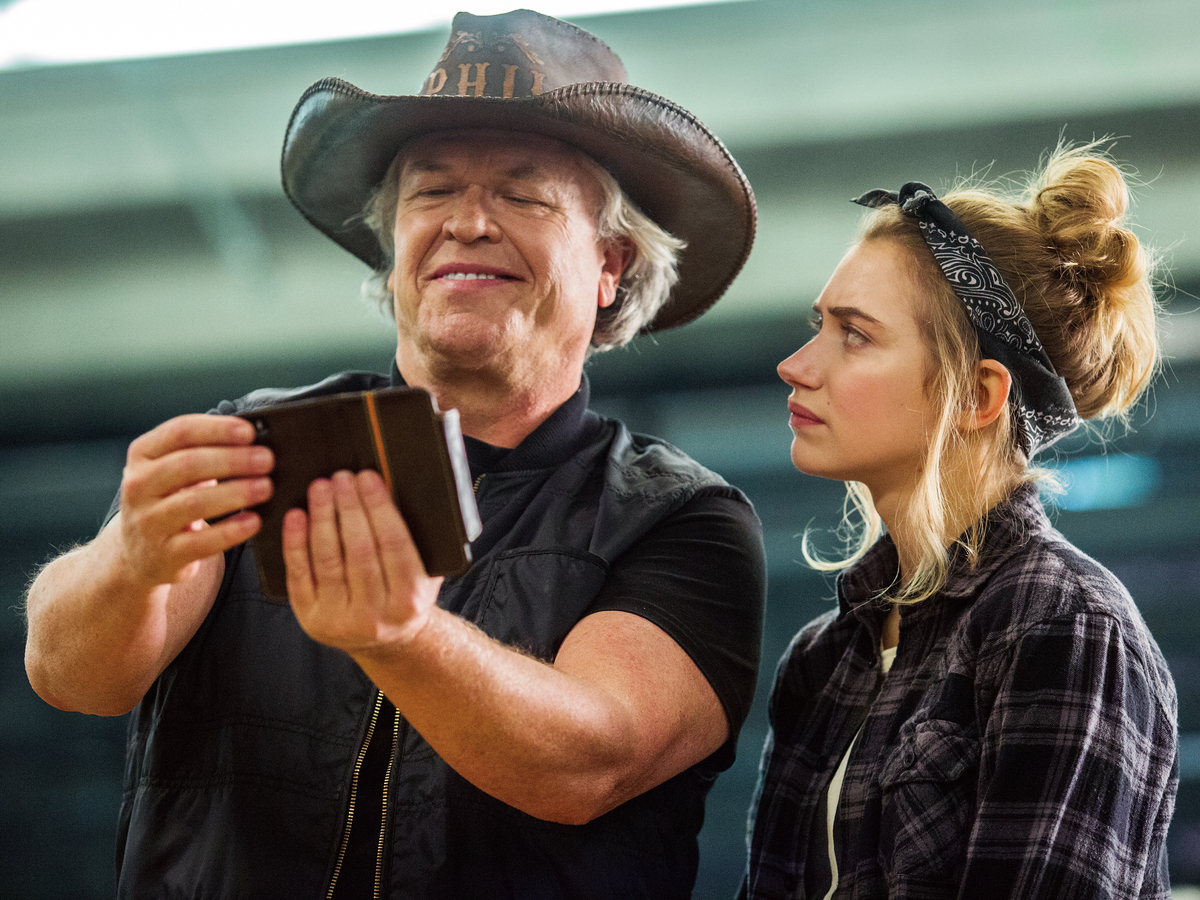 So there may be no better person to evaluate Showtime's new dramatic comedy Roadies, which is built around the lives of technicians working for a stadium-level rock band.

What does Redler think? This roadie's review of Roadies is pretty straightforward:

"Unfortunately, I found the show completely unrealistic, and it was really difficult to watch," he says, reached at a hotel in Canada (Redler is currently touring with the Dixie Chicks). "It really had nothing to do with the ins and outs of what takes place on the show day, the hard work it takes, the long hours that make a rock show happen. It made it look very glamorous."

Roadies is centered on technicians touring with the fictional Staton-House Band, a rock group that show creator Cameron Crowe once described as similar to The Black Keys. (Crowe has written and directed several films, including Almost Famous, which also dealt with a touring rock band; Roadies is his first foray into television.)

Redler's problems with the show begin with its very first moments, depicting Wilson's character hooking up with a young lady who also happens to be the concert promoter's daughter.

"You're probably the oldest person I've ever [slept with] and I loved it," says the girl, who is topless for much of the scene. "I mean, like, I love how you're not just some young dude, you know? You're like one of those old lions at the zoo..."

"You can stop there," Hanson says, likely speaking for viewers, too.

Redler takes exception. "Immediately [they] made it look like that's our prime purpose, you know, and the sole purpose for being on the road," he says. "It's not like it used to be...having girls on the bus is just not going to be acceptable these days. You will be sent home."

One of the show's key characters is electrician Kelly Ann, played by Imogen Poots. She tells road manager Phil (a wonderfully crusty cameo by Ron White) that she's decided to leave the roadie life for film school because her passion is gone.

"I don't hear the music the same way," she says. "I don't feel like it's mine anymore."

"Well, I feel the same way about my dog, but I'm not giving her away," Phil says, smiling. "It comes and goes, sweetheart. But if you love the music, and I know you do, you might want to give it all another chance."

"I have to be a fan of something or I'm useless," she says. "My whole belief thing is - it's just starting to crack."

That scene is a bit much for Shawn Khan, a roadie now working with jazz fusion guitarist Al DiMeola. "It seems completely inaccurate," he says. He also takes issue with scenes of Kelly Ann skateboarding through the stadium while other roadies try to move in huge stacks of equipment.

"There have been bands that I've toured with that I don't really like the music, but I still love the job," says Khan. "You're not there to be a fanboy or a fangirl. You're there to work."

Because Roadies avoids depicting the band, much of the story centers on Wilson and Gugino's characters, who squabble like a married couple, even though they aren't together. They also struggle with their devotion to life on the road even as they agonize over being separated from loved ones.

Khan, who worked as a criminal psychologist before he became a roadie, does say the show depicts how people can be drawn to the travelling lifestyle by the freedom it provides.

"I do feel like there's a certain level of escapism in being a roadie and being somebody that's constantly traveling," he says. "And it's an escape from what I would call like the mundane stuff in life. For some people it's escaping the routine of being home...For other people, it's a form of escapism from responsibility."

Khan likes the show a bit more than Redler. But Carl Hughes, a technician who has worked with Megadeth, Survivor, Eddie Money and Bruce Springsteen, is the only person I spoke to who really loves Roadies.

Hughes watched the episode with a couple of friends in my office, chuckling loudly every time a particularly raunchy joke hit the screen. He bears the image of an angry electric outlet tattooed just below his right wrist – a reminder that, in his job as a lighting technician, respect for certain kinds of power was important to keep in mind.

Hughes loves Roadies because Kelly Ann's story is pretty much his story. Like her, he once quit a job mid-tour and like her, he loves to get around venues by hopping on his skateboard (though he admits one boss tried to get him to sign a waiver in case he got hurt on site).

He also thinks the show explains a bit of the job for those who don't get it, recalling a Christmas card a fellow roadie got from his mother.

"She's like, 'After 45 years, I wish you would get a real job. I still don't know what you do for a living and how you get your money,'" Hughes says, laughing. "Like they said [on the show], most people never know what we do."

I have my own problems with Roadies: too many topless women throwing themselves at men, too many obvious plots, too much dialogue about the authenticity of music that feels sappy and inauthentic.

Redler and Khan note that the term "roadie" itself feels a little insulting – a phrase that evokes the stereotype of a guy who parties as much as he pushes gear around – and I agree. It serves to make the show feel more rooted in the 1970s, when Crowe was an up-and-coming journalist chasing stories about David Bowie and The Eagles for Rolling Stone, instead of offering a contemporary look at the music industry.

Still, as my panel of technicians note, Crowe gets some of the little things right, even if the series overall is a bit of a mess.

And for workers who toil in the background, often unsung, maybe a show that gets at least some of those little things right about their lives is better than no show at all.