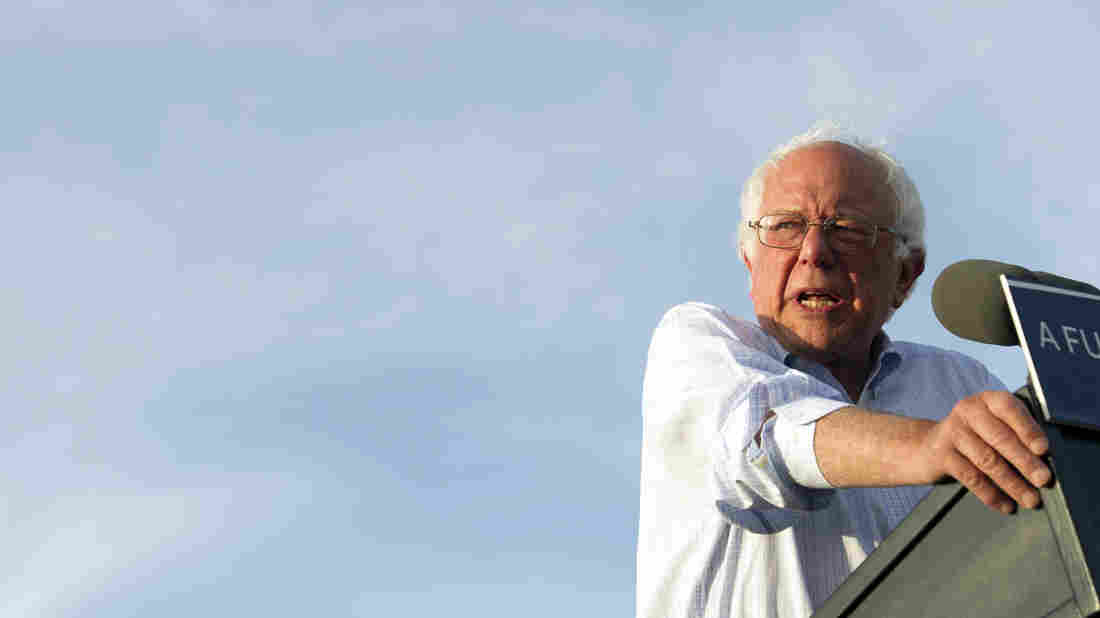 Bernie Sanders says he will vote for Clinton, but still won't endorse her. He wants her to back a $15 minimum wage and tuition-free state college. Cliff Owen/AP hide caption 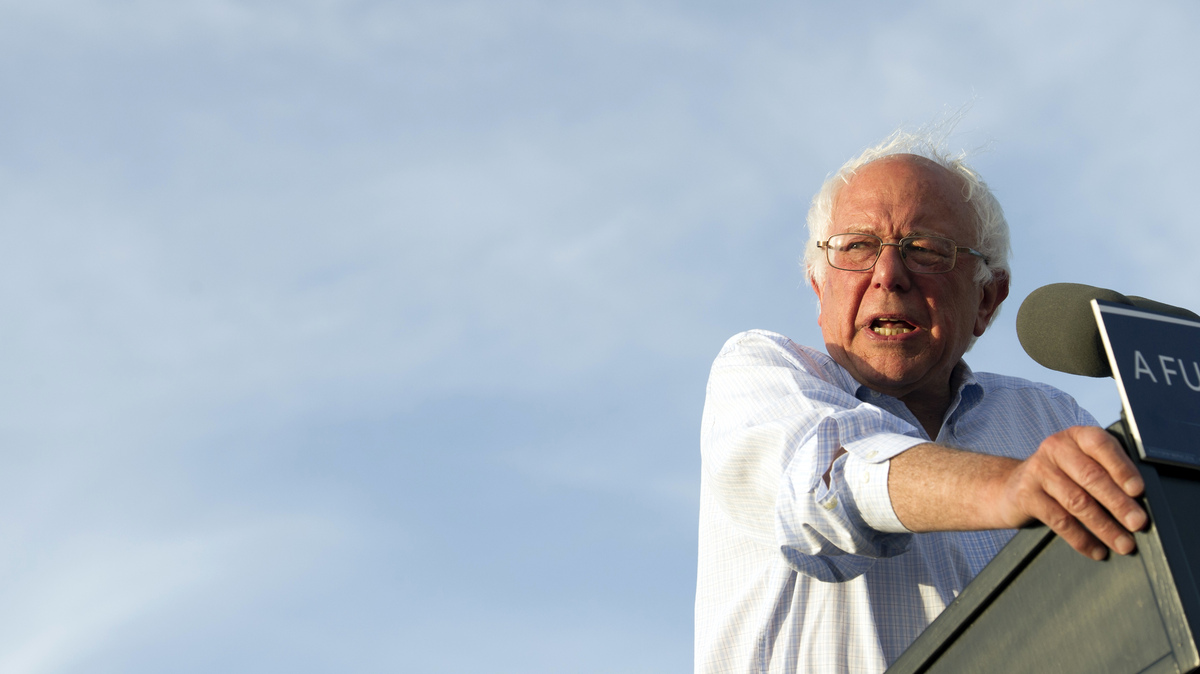 Bernie Sanders says he will vote for Clinton, but still won't endorse her. He wants her to back a $15 minimum wage and tuition-free state college.

Bernie Sanders said he'll vote for Hillary Clinton in November — but more than two weeks after she became the presumptive Democratic nominee, Sanders remains in the race.

Sanders was on MSNBC when Nicolle Wallace, a former Republican aide and now network political analyst, asked Sanders, "Are you going to vote for Hillary Clinton in November?"

The moment @BernieSanders said "Yes," he would vote for @HillaryClinton in November. pic.twitter.com/Ke1pFbFRbx

He added, "The issue right here is, I think I am going to do everything I can to defeat Donald Trump."

But Sanders did not concede to or praise Clinton, something many Democrats would like to see before the Democratic National Convention next month to fully unify the party heading into the heat of the fall campaign. 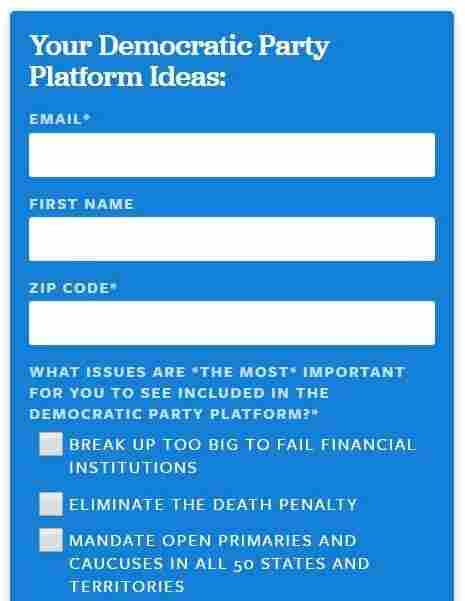 A screen grab from a form on Sanders' website seeking guidance from his supporters for the Democratic Party platform. Berniesanders.com hide caption

Sanders went on to criticize Trump and said his job now is to fight for the strongest possible Democratic Party platform. Sanders' campaign manager has previously said there was no active effort to flip superdelegates, and Sanders himself gave another sign that he recognized the end was near when he told C-SPAN that it doesn't "appear" he would be the nominee.

Sanders' campaign is encouraging supporters to weigh in on a long list of potential priorities to be included in the party platform. That list includes 24 items, everything from "break up too big to fail financial institutions" to "eliminate the death penalty."

Asked in a CBS This Morning interview why he hasn't yet endorsed Clinton, Sanders replied, "Because I haven't heard her say the things I need to hear said."

Pressed by anchor Charlie Rose on what he needs to hear, Sanders said he wants Clinton to call for public universities and colleges to be tuition-free and to raise the federal minimum wage to $15 an hour. These are two areas where Sanders and Clinton disagree, but only by degree.

Clinton is advocating "debt-free" public college, and she says she thinks the federal minimum-wage should be raised to $12 an hour while states and cities could raise it to $15 on their own, as some are already doing.

Compare that with Trump, who: believes the Department of Education, which gives federal aid, should be "largely eliminated"; calls for privatizing student loans and incentivizing the kinds of college majors that are proven to make more money; and has waffled on the minimum wage.

He had said in a November debate of the current $7.25 federal wage, "I hate to say it, but we have to leave it the way it is." Yet, last month, he said he was open to doing something about the wage because he's "very different from most Republicans." But it's unclear what Trump would do exactly. There is no policy position on his website relating to education or the minimum wage in any way.

On CNN later, Sanders was even more noncommittal on Clinton, saying, "in all likelihood" his vote "will be Hillary Clinton." He was pressed on that choice of words. Sanders said he didn't want to "parse" words but then went on to rattle off issues he believed in that the party should adopt.

Sanders is continuing to campaign, though it is not entirely clear what the goal is — perhaps to build momentum and pressure for the platform. There are no more primaries. On Thursday night, Sanders gave a more than hourlong speech in New York, where he didn't once mention Clinton. On Friday afternoon, he is scheduled to hold a "Future to Believe in" rally in Syracuse, N.Y.