Accessibility links
Hieronymus Bosch Died 500 Years Ago, But His Art Will Still Creep You Out Known by some as "the devil's painter," Bosch depicted imaginary animals and souls being violently tortured. At least one critic believes he is the father of modern art. 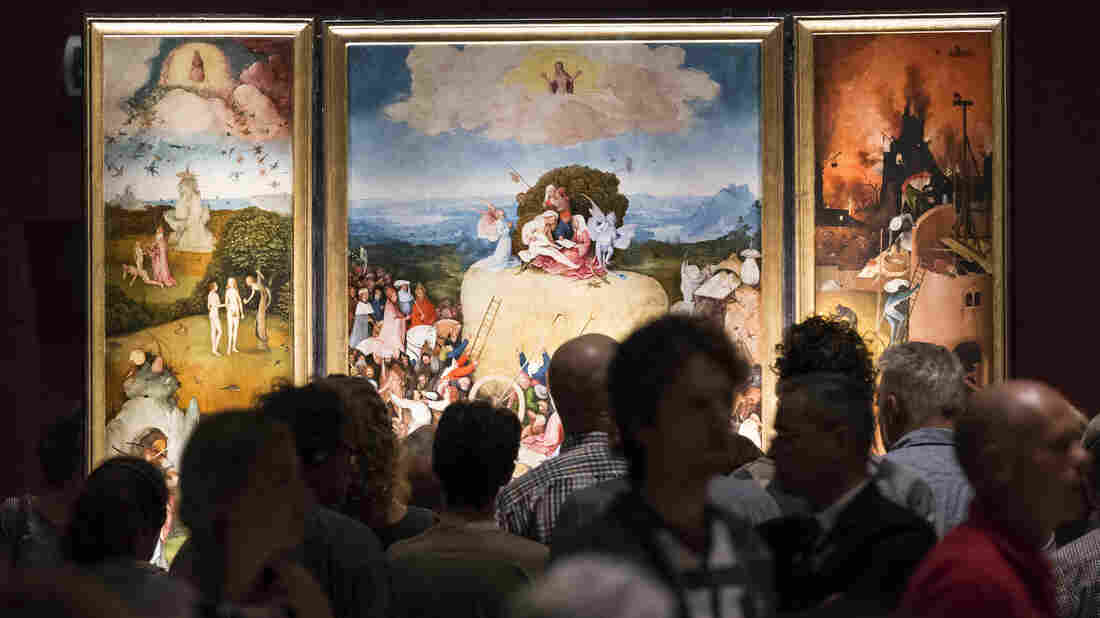 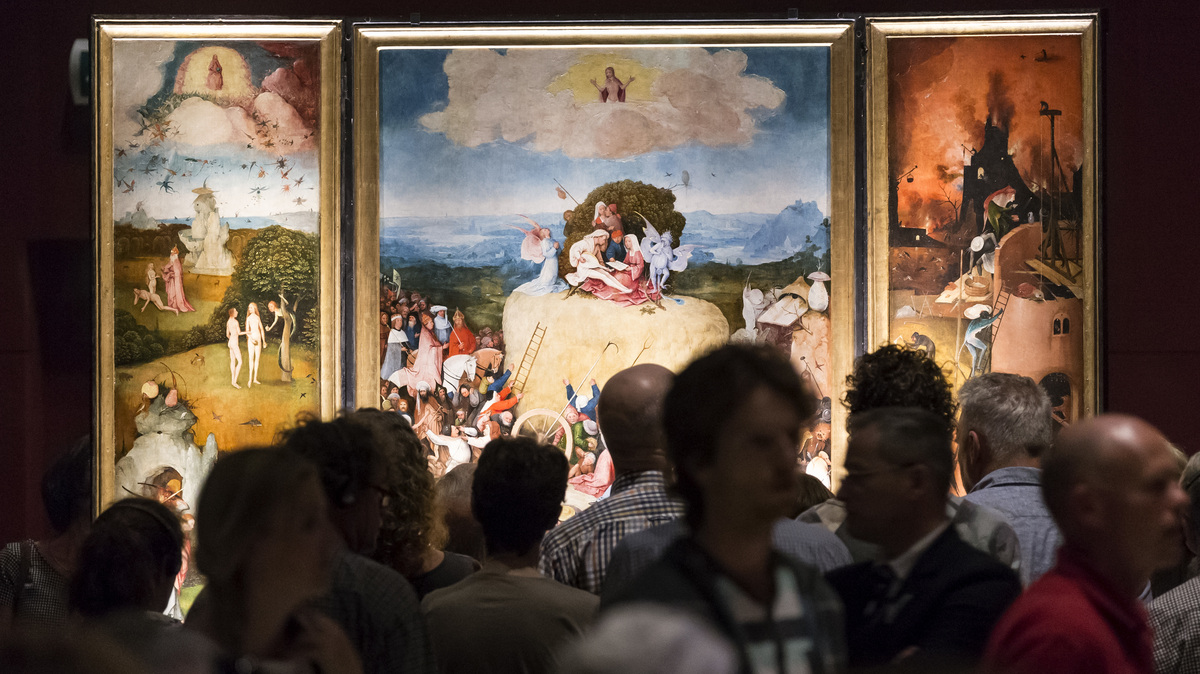 The Noordbrabants Museum's Hieronymus Bosch exhibition was so popular that the museum kept the show open around the clock for its final weekend.

Marc Bolsius/Courtesy of the Noordbrabants Museum

Imaginary animals dance across the panels of artist Hieronymus Bosch's paintings: There are snails with human legs, fish with human arms and at least one spider-legged peacock. Since his death in 1516, Bosch has been called "the devil's painter," and he has been hailed as a psychedelic seer born too soon. On this 500th anniversary year, two museums have dedicated major international exhibitions to the artist, and there's a massive scholarly revamp of all that is known and thought about him.

One exhibition in Bosch's hometown of 's-Hertogenbosch, Netherlands, was so popular that its host, the Noordbrabants Museum, kept the show open around the clock for its final weekend. The Noordbrabants' Fiona Zachariasse helped curate that exhibition. She's poring over one of Bosch's most famous paintings about the wages of human avarice. She describes the punishments depicted in the last panel: "people being torn apart by dogs; put on a spit, like a sort of kebab — having a lance thrust right through the body."

Zachariasse says Bosch drew on his hometown for inspiration. "In a number of the paintings, you see souls are being made to crawl over sharpened knives. Very horrible," she says. "But the knives all bear a little maker's mark that is in fact the maker's mark of one of the knife makers here in the town." (Here's a close-up of one such knife, from Bosch's The Last Judgement, below.) 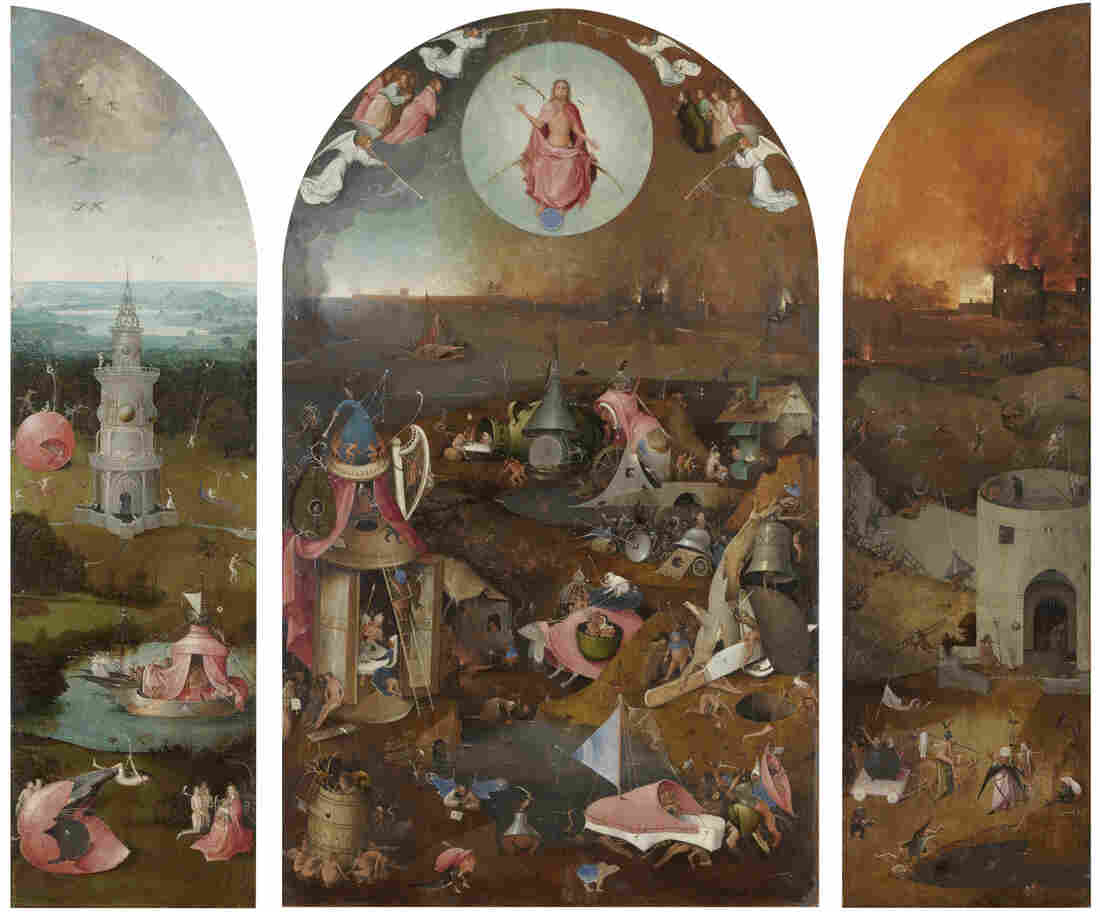 Bosch's The Last Judgement is one of several paintings that bear a knife maker's mark from Bosch's home town. Click here for a closer look at the painting. Rik Klein Gotink and Robert G. Erdmann for the Bosch Research and Conservation Project/Groeningemuseum hide caption

But you can dismiss any thoughts of tortured genius: The painter was a leading burgher in 's-Hertogenbosch, a prosperous, Roman Catholic market town. "He married into minor nobility," Zachariasse says, "and he had a house on the north side of the market, which was the chichi side. On the east side of the market, that's where he had his studio. So every morning he just got up, walked about a hundred yards across the market and went to work."

To modern eyes, Bosch's work seems firmly of the Middle Ages; but to his contemporaries, Bosch would have seemed shockingly, excitingly modern.

Taking A Magnifying Glass To The Brown Faces In Medieval Art

In a quiet office at the Noordbrabants Museum, art historian Jos Koldeweij clicks through a massive online database of Bosch's work 10 years in the making. He says whoever commissioned these paintings (Bosch only painted on commission) may have practiced something then known as Modern Devotions, now seen as the early stirrings of Humanism.

"This Modern Devotion emphasizes that all human beings have to think, themselves, about good and evil," Koldeweij says. "We have to read the Bible in our own language, take the message out of it for our own lives."

Even Bosch's signature was unprecedented: He used the gothic lettering of a newfangled technology: the printing press. (Here's a close-up of the artist's signature, from Hermit Saints Triptych, below.) 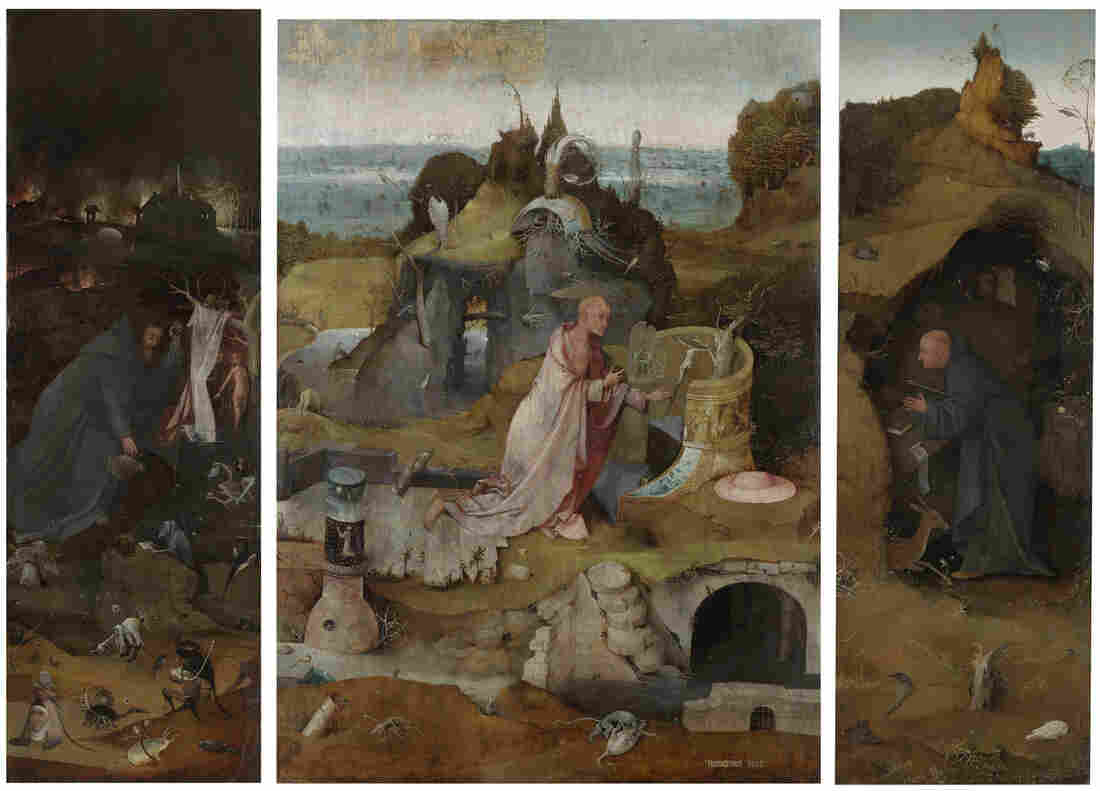 Which brings us to a custody battle currently underway in art criticism circles: While many view the Italian Renaissance masters as the founders of modern art, Sunday Times art critic Waldemar Januszczak says that distinction should go to Bosch.

That's despite the fact that Bosch only left 25 known paintings. Most of those artworks have now moved on to the Prado in Madrid, where they will be on view until mid-September. It's a fitting homecoming: Spain's King Philip II, who ruled the Netherlands in the mid-1500s, was one of Bosch's earliest collectors. And in November, Hieronymus Bosch will be commemorated at a special requiem concert in the cathedral just across the square from where he lived and died.