Accessibility links
Obama's New Clean Energy Goal For North America: 50 Percent By 2025 White House aides acknowledge that the plan, to be announced by President Obama and his counterparts in Canada and Mexico, is a "stretch goal." The commitment goes beyond the Paris climate agreement. 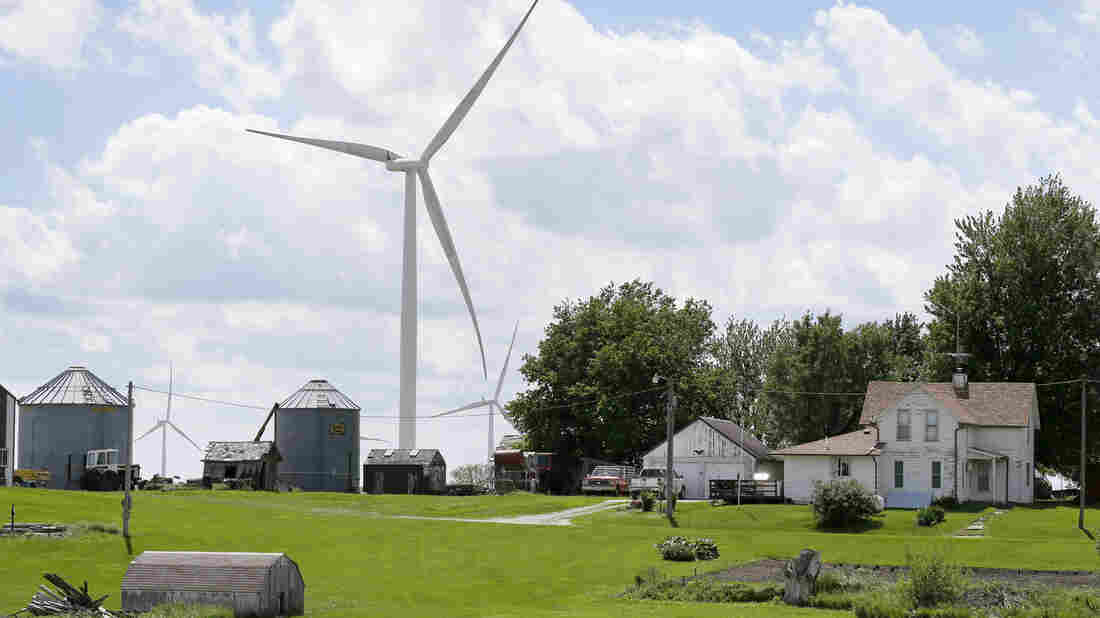 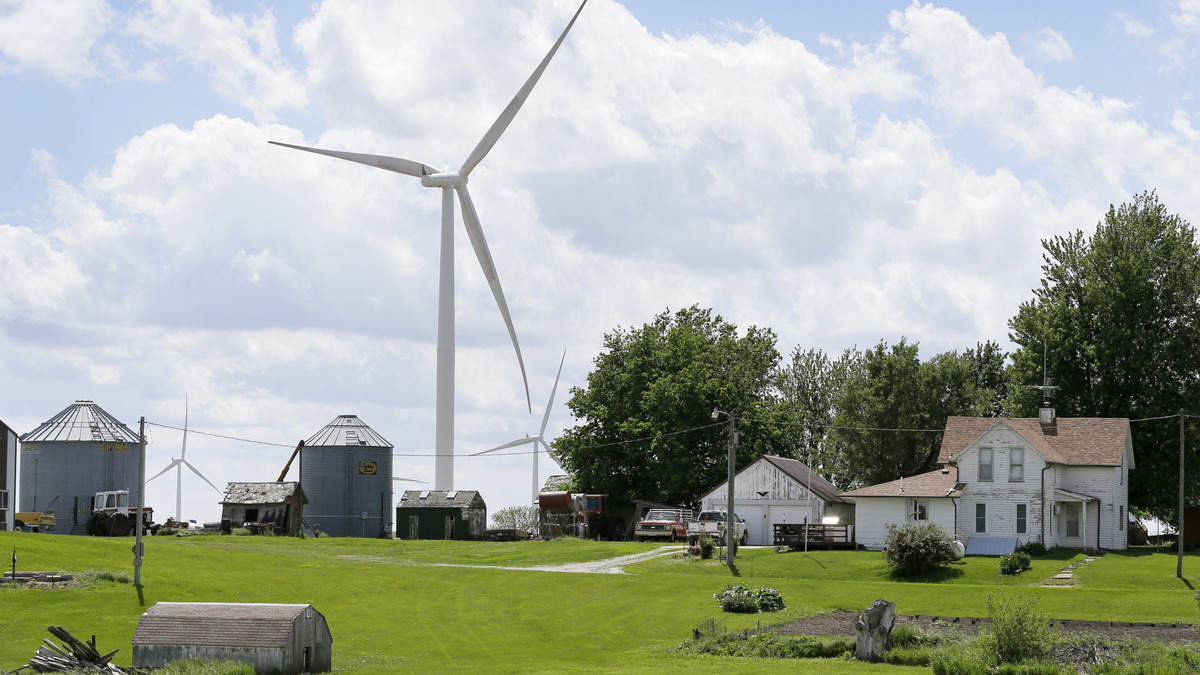 A wind turbine stands over a farmhouse in Adair, Iowa.

President Obama and his counterparts from Canada and Mexico are preparing to unveil an ambitious new goal for generating carbon-free power when they meet this week in Ottawa.

The three leaders are expected to set a target for North America to get 50 percent of its electricity from nonpolluting sources by 2025. That's up from about 37 percent last year.

Aides acknowledge that's a "stretch goal," requiring commitments over and above what the three countries agreed to as part of the Paris climate agreement.

"We do ambitious well here at the White House," said spokesman Eric Schultz.

"Shifting half of America's electricity to clean energy sources is not only achievable — it's essential," said Rhea Suh, president of the Natural Resources Defense Council. "Avoiding the worst effects of climate change demands nothing less. But we must do it the right way, and that means ramping up our reliance on cost-effective renewable wind and solar power, energy efficiency and other 21st century technologies."

Collectively, coal-fired power plants are the largest single source of carbon pollution in the U.S. A decade ago, nearly half the nation's electricity was produced by burning coal. Coal-fired plants have been losing market share, though, as a result of competition from cheaper natural gas and increasingly strict environmental regulations. Last year, about a third of the United States' electricity came from coal, another third came from natural gas, and the balance came from nuclear (20 percent), hydro (6 percent), wind (5 percent) and other renewables.

Canada already gets a larger share of its electricity from carbon-free sources, while Mexico currently gets less. While meeting the goal will require cooperation from all three countries, the United States will carry the largest load. The U.S. uses far more electricity than its North American neighbors combined.