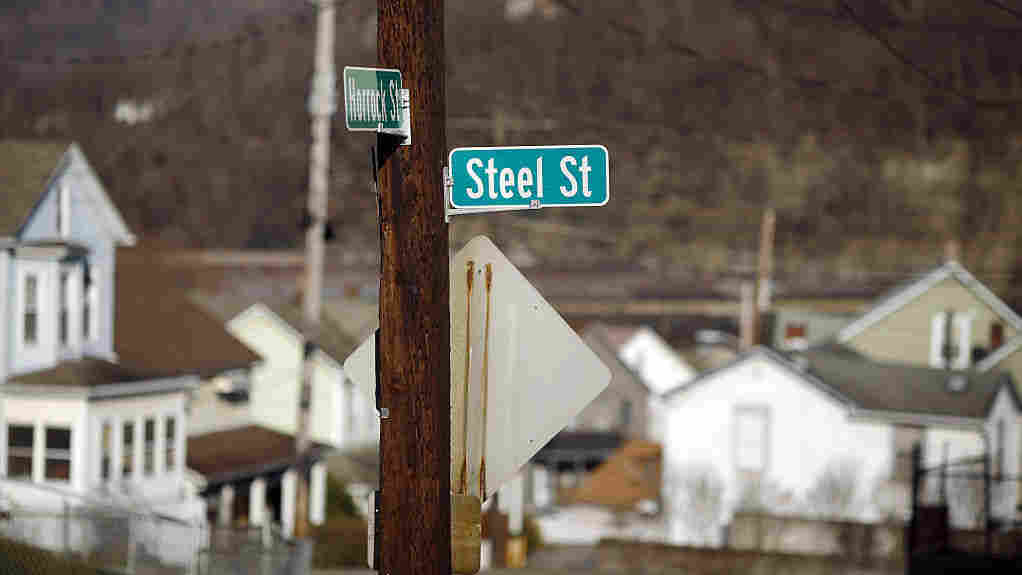 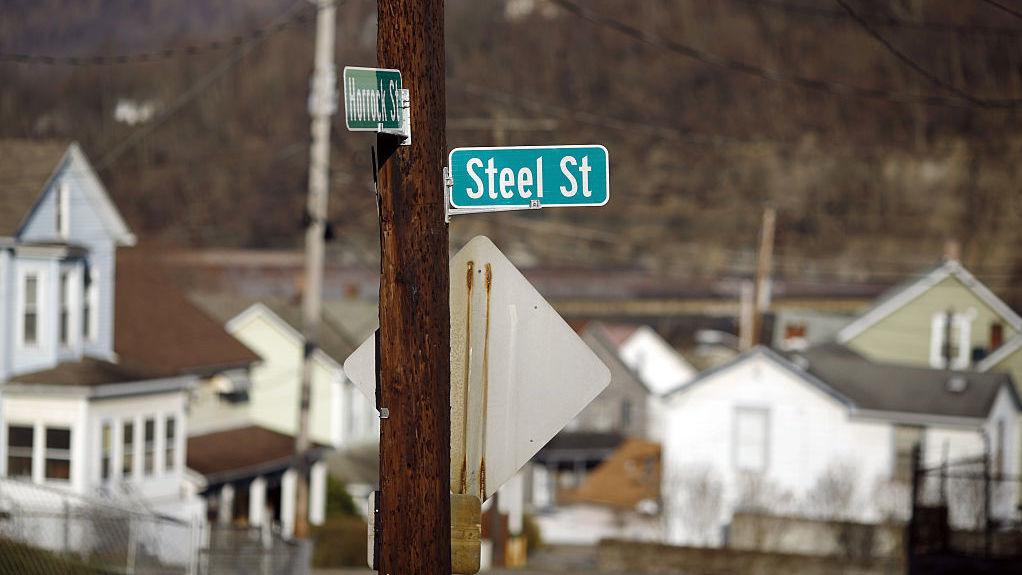 Presumptive Republican presidential nominee Donald Trump traveled to the small city of Monessen, Pa., on Tuesday to speak about the impact of international trade on U.S. manufacturing jobs.

As he has before, Trump launched a full-throated attack on globalization, pinning the blame on politicians he says have allowed the U.S. manufacturing base to get hollowed out.

"We allowed foreign countries to subsidize their goods, devalue their currencies, violate their agreements and cheat in every way imaginable. And our politicians did nothing about it," he told the crowd.

Those politicians include his Democratic rival and her husband, he said.

"At the center of this catastrophe are two trade deals pushed by Bill and Hillary Clinton. First, the North American Free Trade Agreement, or the disaster called NAFTA. Second, China's entry into the World Trade Organization," he said.

The location for Trump's speech was no accident: Monessen lies southeast of Pittsburgh in the Monongahela Valley. Although the area was once a major steel center, most of its mill jobs have long since disappeared, leaving the region much poorer than it once was.

Although Trump's speech was about manufacturing jobs more broadly, he included steel among the industries that have fallen victim to the forces of globalization, dumping and politicians' neglect. He told the large crowd that if elected he will bring steel jobs back to the region.

"The legacy of Pennsylvania steelworkers lives in the bridges, railways and skyscrapersthat make up our great American landscape. But our workers' loyalty — you know it better than anybody — was repaid with total betrayal."

Was Trump's take on the U.S. steel industry — that it has fallen victim to dumping, unfair trade pacts and self-serving politicians — accurate?

The once-mighty U.S. steel business has been losing jobs since the early 1980s, but not because of NAFTA.

Instead, steel has had trouble competing with foreign companies, some of which received government subsidies, and productivity increases meant the steel mills that remain need fewer workers.

U.S. officials have sometimes fought back by imposing tariffs, but their efforts have been inconsistent.

Starting with the recession of the early 1980s, the U.S. steel industry underwent a long, painful period of retrenchment.

Giant steel plants in places like Pennsylvania and Indiana simply couldn't compete against newer, more efficient "minimills" popping up in the nonunion South, said Frank Giarratani, professor of economics at the University of Pittsburgh.

The old-line companies also found themselves doing battle with steel producers from Europe and Asia, especially Japan, that were often subsidized by their governments and thus relatively protected from economic downturns, Giarratani said.

Many U.S. plants were shuttered, replaced by smaller, specialty mills that tended to employ fewer people.

These changes were underway long before the passage of NAFTA, which one industry group says has actually been good for business by opening up Canadian and Mexican markets.

"NAFTA has largely been seen as a success for the North American steel industry, providing increased access to our two closest markets. It has resulted in strengthened North American manufacturing supply chains, especially with key groups like the North American automotive industry. In recent years, it has also resulted in increased U.S. steel exports and a positive U.S. trade balance in steel with Canada and Mexico."

Trump is right about one thing: Dumping of low-cost steel by foreign countries, especially China, has hurt the industry, said Scott Paul, president of the American Alliance for Manufacturing.

Since China was admitted to the World Trade Organization in 2001, its steel industry has grown enormously, allowing it to flood the global market with underpriced goods, he said.

When I look at the challenges facing the American steel industry, the first three things that come to mind are China, China and China.

"What happened there was they went from, in 2003, having a steel industry of almost no consequence internationally to having more than 50 percent of the world capacity for steel," says Giarratani.

"When I look at the challenges facing the American steel industry, the first three things that come to mind are China, China and China," Paul says.

But Paul says Trump is hardly the only politician to sound the alarm about dumping by China, a concern also voiced by Clinton, Vermont Sen. Bernie Sanders and GOP presidential candidate Mitt Romney, among others.

"I think there is very definitely steel dumping, and China is the best current example of it, but it's gone on for a long time, and we have been slow to react," Giarratani said.