Accessibility links
Faith And Fear In A Story Of 'Innocents' Inspired by real events, The Innocents visits a convent in 1945 where a doctor finds herself unexpectedly treating pregnant nuns.

Faith And Fear In A Story Of 'Innocents'

Faith And Fear In A Story Of 'Innocents' 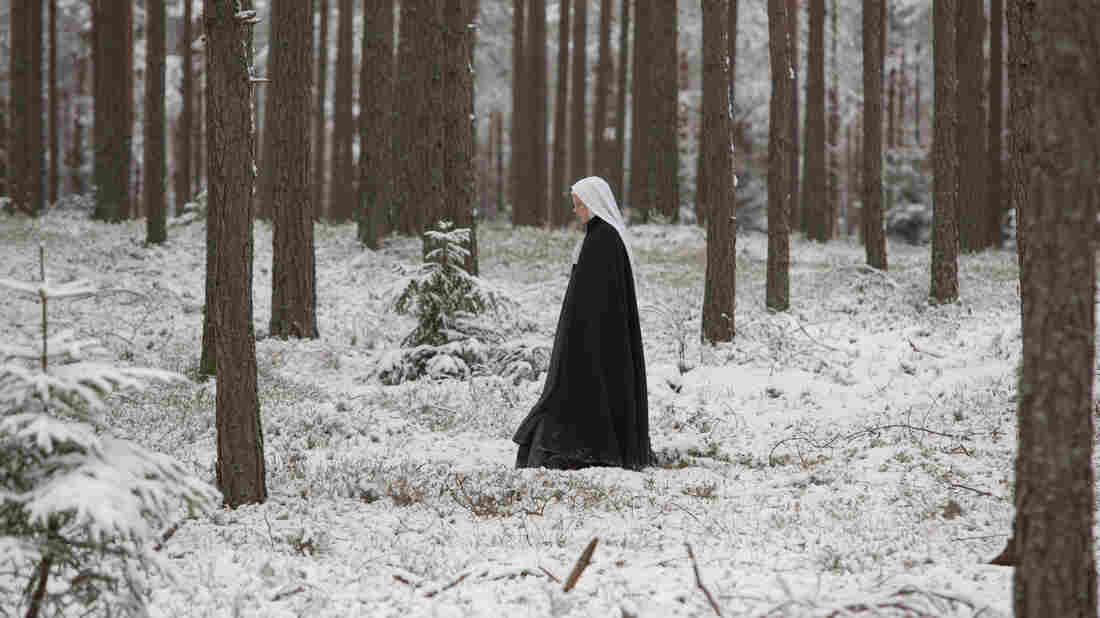 A group of nuns deals with loss and violence in The Innocents. Music Box Films hide caption 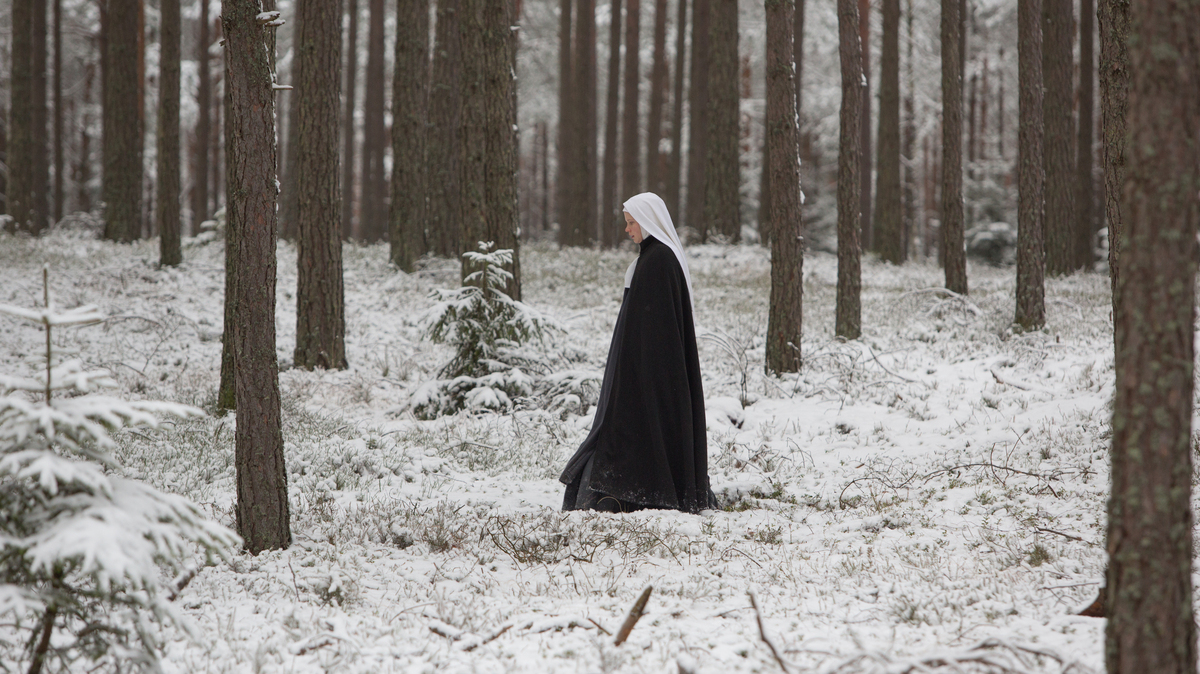 A group of nuns deals with loss and violence in The Innocents.

Mathilde (Lou de Laage), the young French Red Cross doctor at the center of The Innocents, is in late-1945 Poland to tend to injured French POWs, patching them up so they can be sent home. She could hardly have expected to be summoned to a local convent to care for nearly a dozen pregnant nuns.

Fontaine and co-writer Pascal Bonitzer, who collaborated on Gemma Bovery, adapted an existing script by Sabrina B. Karine and Alice Vial. Perhaps that's why this movie is both grimmer and meatier than the director's previous efforts.

Loosely based on actual events, the movie begins about nine months after one of its principal horrors: Soviet soldiers invaded the convent and repeatedly raped the sisters, including the prim abbess (Agata Kulesza, who played the godless aunt of the nun in Ida).

In reality, many of the nuns were killed. In this version, they suffer only from shame and fear of damnation — and the anguish of having their newborns torn from them. The mother superior wants to minimize "scandal and disorder" by removing the babies as quickly as possible. Partly, the abbess is humiliated by the situation. But she also wants to avoid any blot on the convent now that her Catholic homeland has become a Communist nation, and the status of nuns is by no means assured. Her severity leads to another of the tale's infamies.

Mathilde is supposed to aid only French nationals, so she must make her risky visits to the convent surreptitiously. She's aided by Sister Maria (Agata Buzek), who speaks French and is more worldly than her cohorts in other ways as well. Eventually, Mathilde enlists her gruff colleague and sometime lover, Samuel (Vincent Macaigne), whose parents were murdered in a Nazi concentration camp. ("Yes, I'm Jewish," he barks at the nuns. "There are still a few of us left.")

Post-war Poland must have been a tough place in which to sustain religious faith, and both Mathilde and Samuel are non-believers. Some of the nuns seem likely to lose their vocations, and their plight elicits theological debates amid the medical practicalities. "Isn't pride a sin?" asks Mathilde when some of the pregnant sisters refuse to be examined.

Looking much more grown-up than in L'Attesa (The Wait), the assured La Laage proves she can carry a drama in which she appears in nearly every scene. She gets able support from the rest of the cast, notably Kulesza in a most unsympathetic role.

Shot in an abandoned convent in Poland, The Innocents has a stark, muted look that suits both the story and the wintry setting. Daily rituals and plaintive hymns continue amid the cries of women in labor. Yet at this moment in history, the austerity of the nuns' existence is eclipsed by daily life in Warsaw and environs, while the unwanted babies seem less of a moral dilemma than the plight of the city's many homeless orphans.

The movie only pulls its punches twice, and if the conclusion doesn't entirely convince, the attempt at an upbeat resolution is understandable. In a story that turns on a baby boom, however disturbing its source, a little hopefulness is unavoidable.