Accessibility links
Spielberg's 'The BFG' Parallels Another Friendly Outcast The BFG is the new Steven Spielberg movie based off the Roald Dahl book. It's about a girl and a friendly giant triumphing over bullies and adversity. And it's got something familiar about it, too. 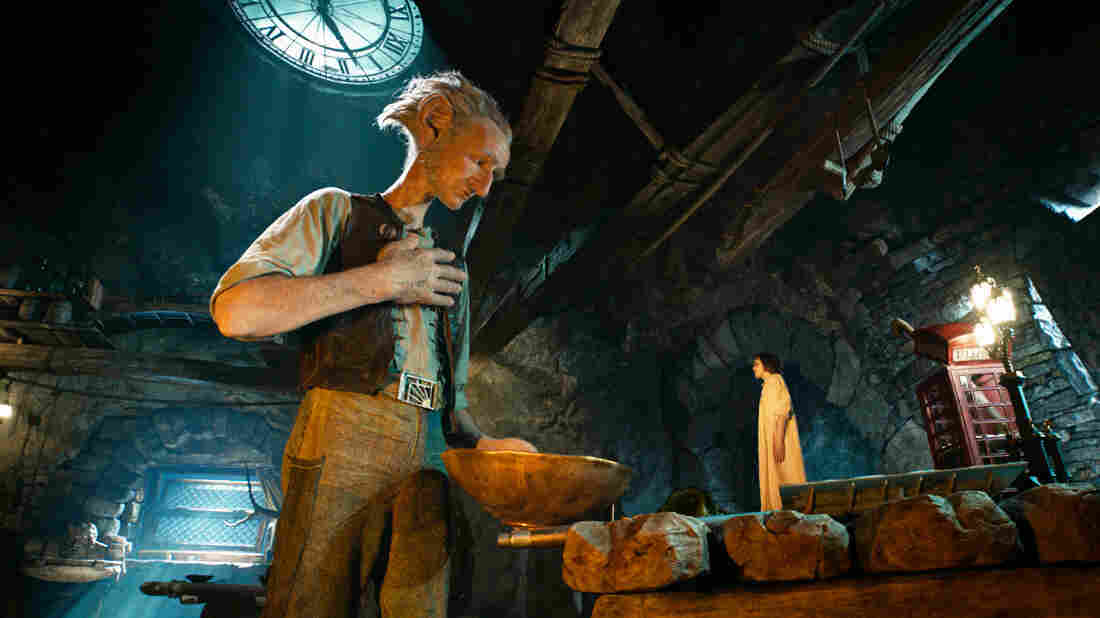 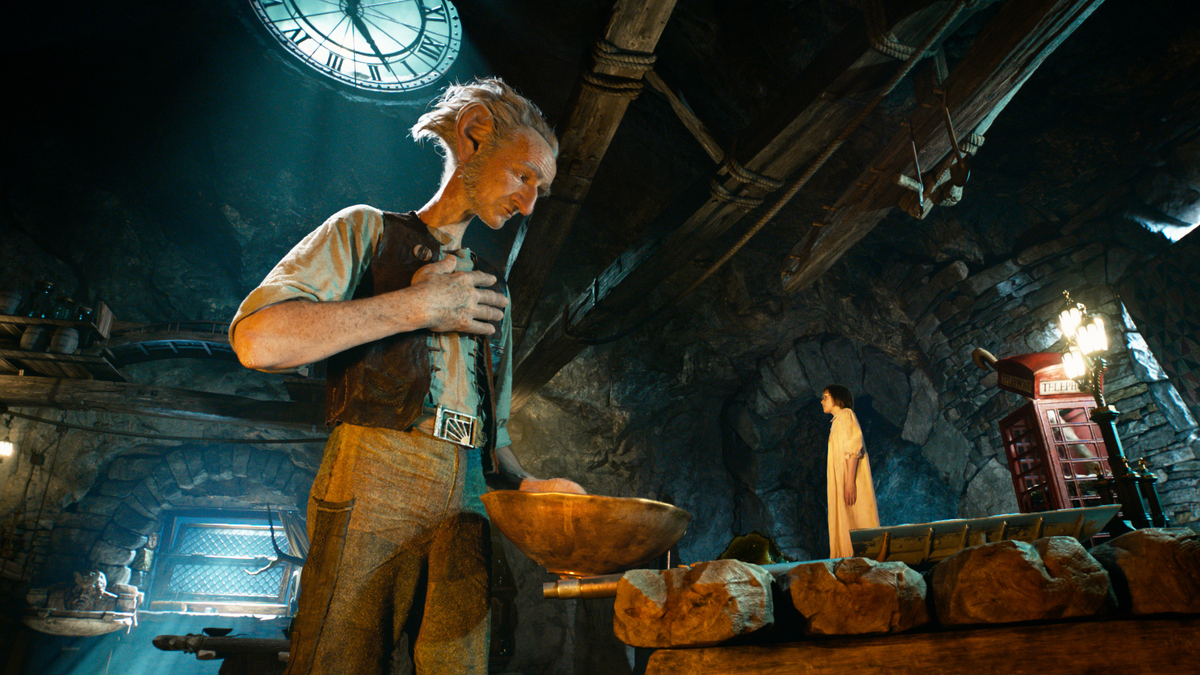 Sophie (Ruby Barnhill) gets a look into Giant Country thanks to a Big Friendly Giant (Mark Rylance).

1982: a big year for initials. Steven Spielberg releases E.T., and Roald Dahl publishes The BFG. The former stands for Extra-Terrestrial, the latter for Big Friendly Giant — characters who are similarly positioned as outsiders in a child's world where adults are mostly absent.

Spielberg has told interviewers he read The BFG to his children when they were small, knowing that, to them, he was kind of a big friendly giant. Now, with a digitally transformed (spindly neck, elephant ears) and greatly enlarged Mark Rylance in the part, we all get to hear how Spielberg tells the story. Turns out, it's a little scary, and also pretty charming,

Melissa Mathison, who wrote the screenplay for E.T., penned the screenplay for Spielberg's The BFG, and there are some parallels. E.T. is about a boy who encounters an outcast — an alien — in his back yard; The BFG about a girl who encounters an outcast — a giant — in her back alley. The alien eats Reese's Pieces and speaks with some difficulty. The giant eats snozzcumbers and speaks with great originality.

"There'd be a great rumple dumpus," he tells Sophie (Ruby Barnhill) when she wonders why he doesn't show himself to humans. "And all the human beans'd be rummaging and whiffliffning and they'd be lockin' me up to be looked at with all the squiggling hippodumplings and crocadowndillies, and giggyraffs."

Where the girl is kidnapped by The BFG, the boy kind of does the kidnapping of E.T. But in each case, when child and outcast join forces, they triumph over bullies, adversity, and any adult silliness that might otherwise complicate a common-sensical resolution to problems.

This is not to suggest that the two stories offer equivalent levels of enchantment as films. E.T. is a masterpiece, and while The BFG may well be one on the page, on screen it comes across as an attractively produced but overblown fable. Spielberg's good at harnessing film technology in the service of fantasy, and at finding the visual magic in sequences that might in other hands feel like time-wasters — an evening of dream catching that will make adults recall nights spent chasing fireflies, say, or a Buckingham Palace breakfast with the Queen (Penelope Wilton) that feels, in terms of scale, like a child's tea-party in reverse.

But at close to two hours, the story drags, possibly because it's more a collection of incidents than a narrative with forward momentum. Rylance brings subtlety to what Dahl called the big guy's "gigantiousness," and Spielberg makes the rumple dumpus' technical effects pretty...um, fantabulous. Which will doubtless enchant the kids. even if it strikes their folks as it did me....as somewhat strenuous whimsy.