Accessibility links
Campaign Reminder Of The Week: No Man (Or Woman) Is An Island Any meeting between Loretta Lynch and anyone even remotely related to Hillary Clinton raises not only eyebrows but obvious and legitimate questions. Meanwhile, Trump's sons ask for money from abroad.

Campaign Reminder Of The Week: No Man (Or Woman) Is An Island

Campaign Reminder Of The Week: No Man (Or Woman) Is An Island 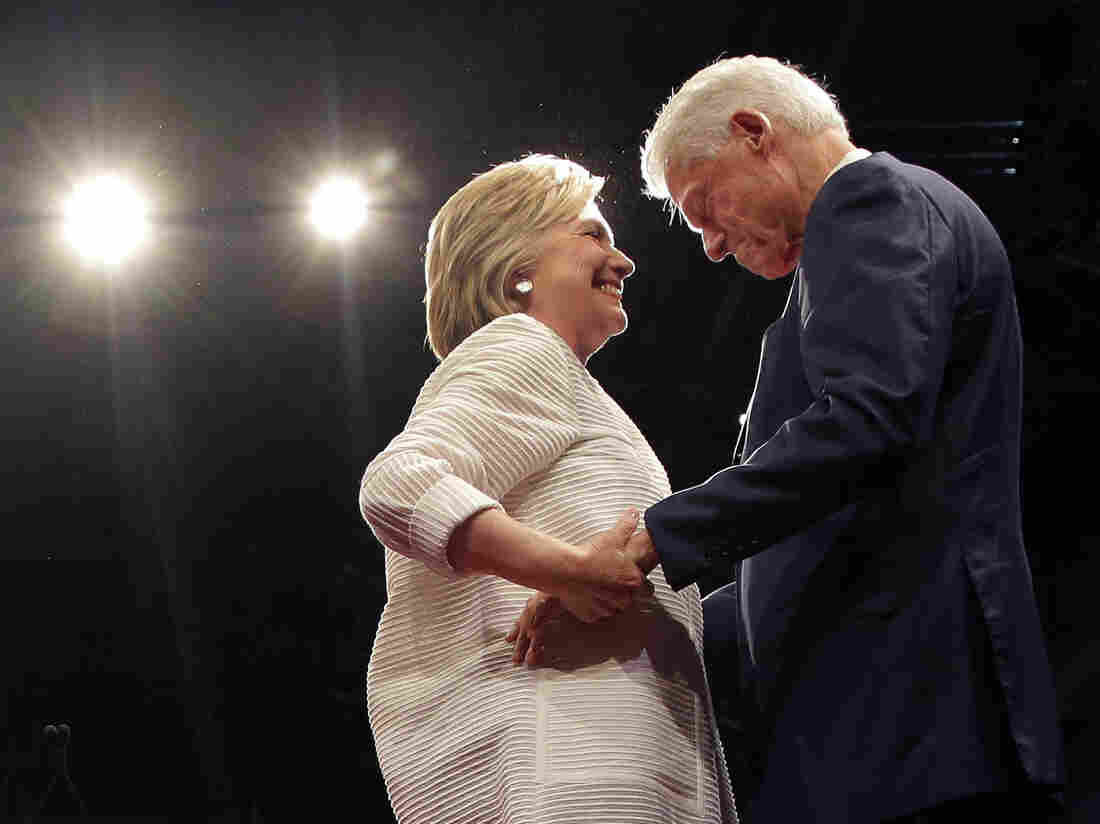 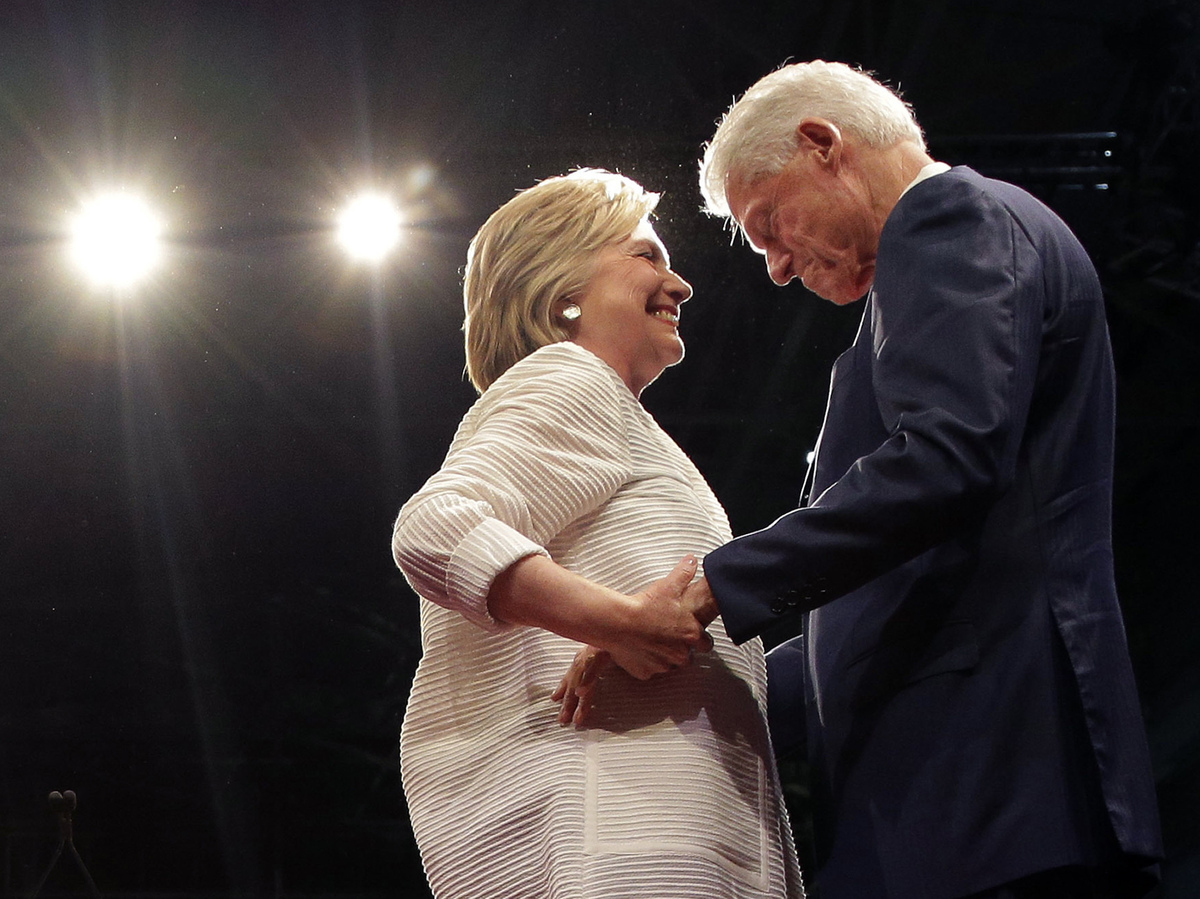 Though no reminder should have been necessary, the presumptive White House nominees of both major parties each got one this week: No matter how unique a political personality may seem, no one runs for president alone.

What others around you do and say can hurt you, and those closest to you can hurt you the most.

Exhibit A is, of course, the news that former president Bill Clinton met privately with Attorney General Loretta Lynch at the Phoenix airport this week. Both have said it was a chance meeting, a social visit with chat about family, not business.

That explanation might be true, but good luck keeping it aloft in the hurricane of contrary accusations, assumptions and furious denunciations that roared through social media and news reports on Thursday.

The undeniable fact is that Lynch heads the Justice Dept., where the FBI is investigating potential criminal wrongdoing in Hillary Clinton's use of a private email server while Secretary of State. So any meeting between her and anyone even remotely related to Clinton raises not only eyebrows but obvious and legitimate questions.

And if anyone in Lynch's department were to make any statement exonerating Hillary Clinton any time soon, the tarmac tete-a-tete would cast doubt on the integrity of that judgment. Let's face it, any such theoretical exoneration would touch off a firestorm of criticism under the best of circumstances. It did not seem possible, but Bill Clinton has managed to add fuel to that fire.

When he was president, of course, Clinton's lapses of judgment and self-discipline literally made history. He was one of only two presidents ever to be impeached by the House, and his acquittal by the Senate does not expunge that memory or restore what it cost the nation.

In his wife's 2008 campaign for president, his propensity for popping off was not only a distraction but an offense — especially to many African American voters who had once been among his strongest defenders.

Thus far in 2016, Bill Clinton had been kept largely offscreen. He has restrained his own ego to a degree few thought possible. And that has helped keep the focus where it belongs.

The Clinton-Lynch snafu overtook what had been the dominant campaign narrative of the week, which was the ongoing travails of Donald Trump. Among these were the machinations of his newly promoted campaign aides, including some involving his own offspring.

A fundraising email went out over the signatures of Trump sons Eric and Donald Jr. urging contributions to Trump. Widely distributed, the appeals went to legislators in Iceland, Australia and Great Britain. Soliciting campaign money from foreign nationals is explicitly forbidden by U.S. law, and watchdog groups were filing multiple complaints by midweek.

The fundraising stories kept alive the perception of Trump struggling to stand up a real campaign operation. His new trail boss charged with upgrading things, Paul Manafort, did not improve matters by telling NBC's Chuck Todd that Trump did not need the kind of background most candidates do.

"We have a candidate who doesn't need to figure out what's going on in order to say what he wants to do," Manafort said.

Nor did Trump make new friends with Tuesday's tweet from Michael Cohen, a special counsel at the Trump Organization, referring to Hillary Clinton has having "murdered an ambassador."

Trump tends to shrug off the statements of his various supporters and surrogates. No one really speaks for him but Trump himself, or so he says, adding "I do me." That is also his retort when told he should be more of a team player, and team leader, with respect to the larger GOP.

Trump seems serene in his attitude because, as he argues, he has done well in business. The point of contention is whether "I do me" works as well in the public arena as it might in the private sector (an arguable proposition in itself).

Trump can surely say that his style worked fine in the primaries, when he blew past 16 rivals for the GOP nomination. But in a general election campaign, no party's presidential nominee is a lone wolf.

As the head of his party, Trump's "I do me" strikes fear in the hearts of what should be his stoutest defenders. Unless he can shift to "we do us," he and his party will risk doing each other in.