Accessibility links
The Dark Side To The Firefly's Flare If summer's a time for bugs, the firefly is a classic. But all is not so light and happy with the light-up creature: "Femme fatales" from one species actually lure males of other species to eat them. 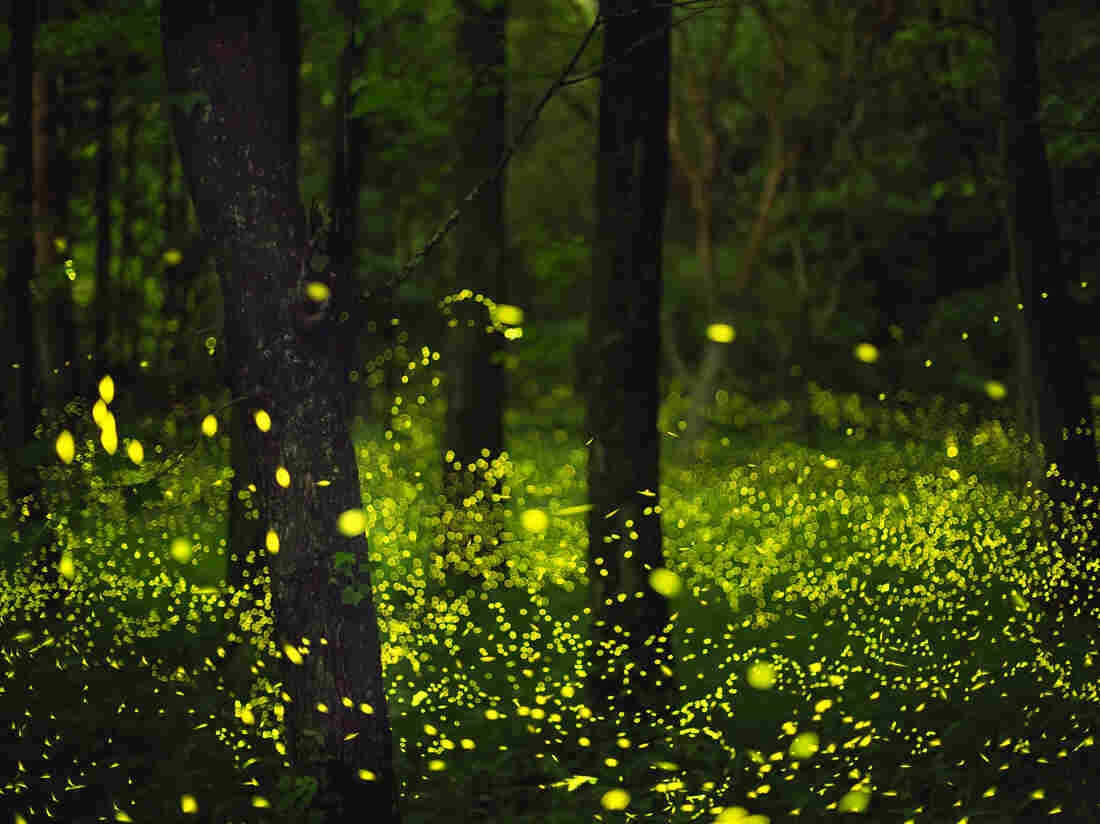 Oh, it looks magical, sure — but this scene packs some menace, too, at least for a few unlucky male fireflies. Trevor Williams/Getty Images hide caption 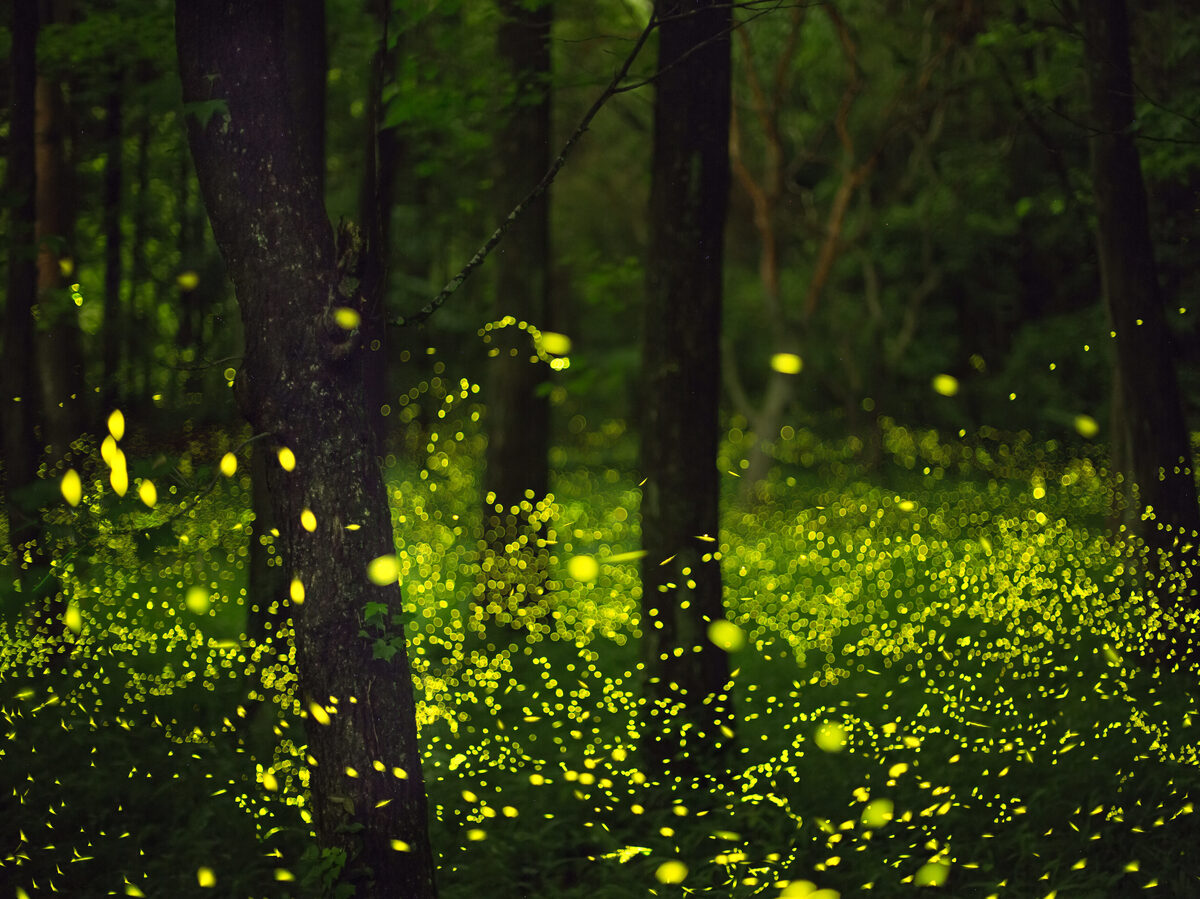 Oh, it looks magical, sure — but this scene packs some menace, too, at least for a few unlucky male fireflies.

Summer is a time for bugs.

Some are charming, like dragonflies or ladybugs — others are a little more aggravating, like mosquitoes or ticks. But all of them have stories of their own, which is why we're running a series this summer we're calling — naturally — What's Bugging You?

First up, a summer classic: the firefly.

Sara Lewis has been researching fireflies for three decades and works now as an evolutionary ecologist at Tufts University. Her recently published book, Silent Sparks: The Wondrous World of Fireflies, is full of unusual tidbits that make fireflies seem a little less ethereal and a little more creepy. 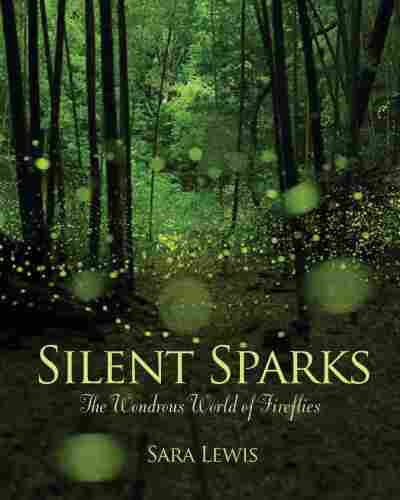 The Wondrous World of Fireflies

On the true origin of firefly lights

Bioluminescence has a lot of purposes for fireflies. It's a courtship signal. And it is also a warning signal. So, in the past 20 years, scientists have discovered that firefly light first evolved in the juvenile stage.

Fireflies spend the majority of their lifespan, up to 2 years, in a juvenile stage, living underground. And these baby fireflies, in order to protect themselves against predators, taste terrible. They have toxins inside their body.

And we have discovered that their light first evolved as a warning signal, a way of signaling in the dark — underground, bright colors are useless — a way of flashing out like a neon sign: I am toxic! Stay away!

By reconstructing fireflies' evolutionary past, we've discovered that the very first fireflies didn't light up once they became adults.

On the dark side of fireflies in the field

A lot of the flashes that we see are in the air — they're flying males, and they're flashing their hearts out. They're trying to get a response from females of their own species. They are desperately looking for love.

Meanwhile, down on the ground, there's other stuff going on. There are females ... and those females are pretty coy. They're not going to respond with a flash of their own to every single male that passes by. It's only when they see a particularly attractive male that they give them a flash back. 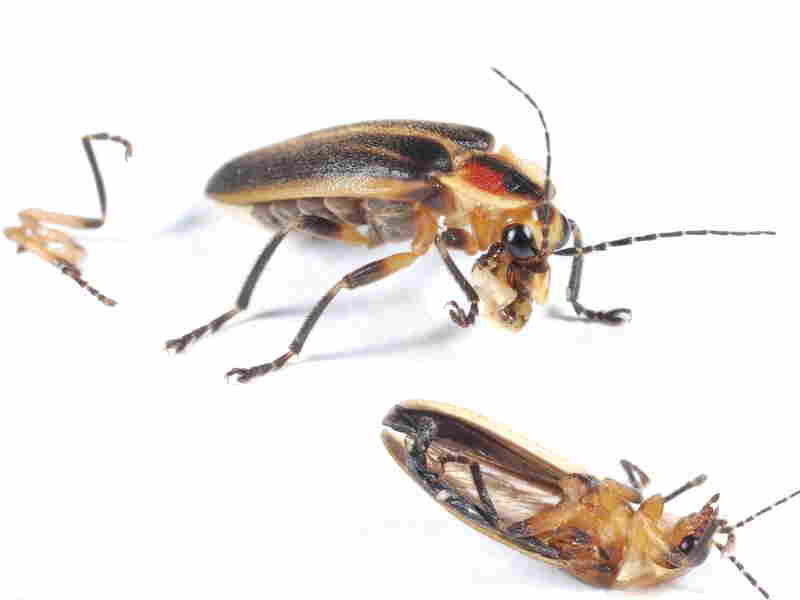 The Photuris female, consuming the soft parts she has eviscerated from a male Photinus collustrans. Hua-Te Fang/Hua-Te Fang hide caption 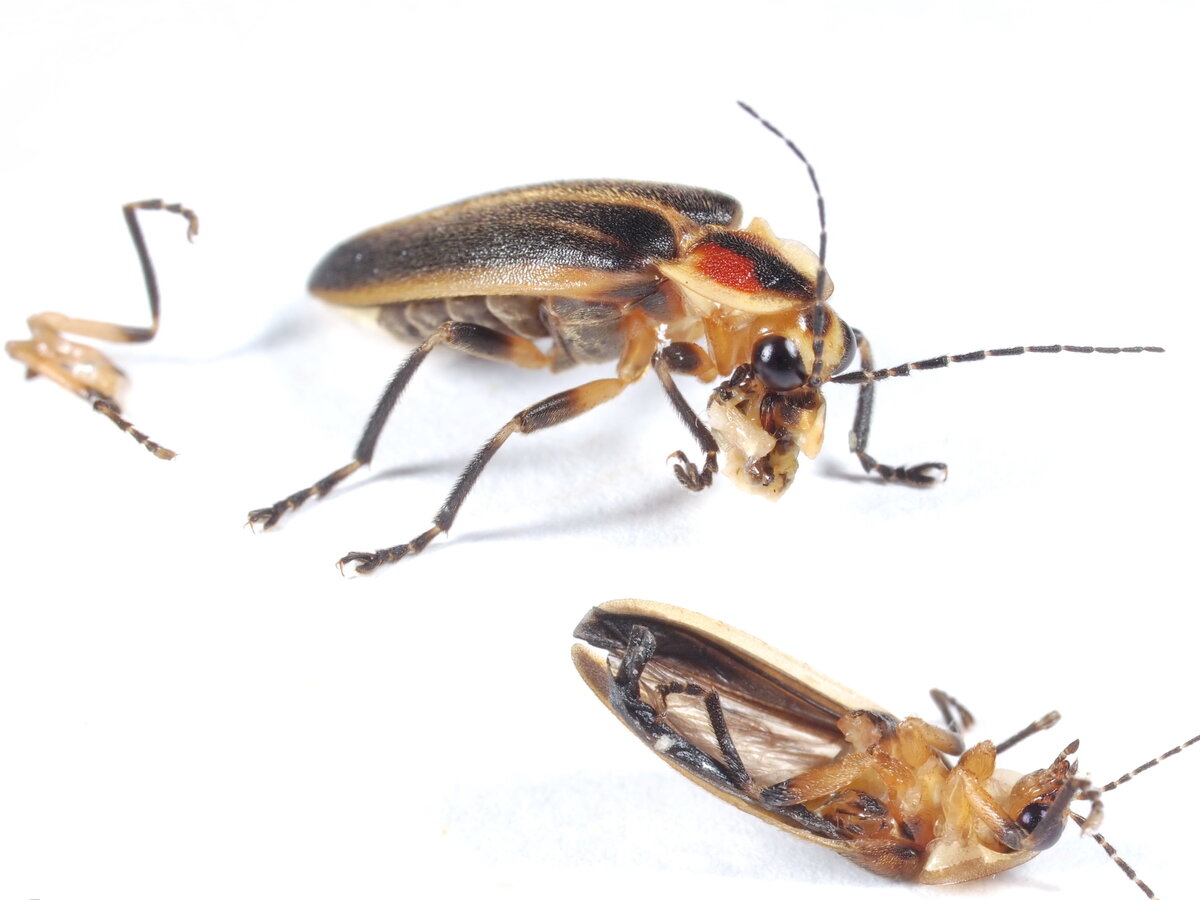 The Photuris female, consuming the soft parts she has eviscerated from a male Photinus collustrans.

But in addition to the females, there's another group of females, and they have much more nefarious intentions. These females belong to a different group of fireflies. Their name is Photuris. They have been called "femme fatale."

The reason they deserve that name is they mimic the flash signals that are normally used by the females of their intended prey. By very, very accurately mimicking these courtship signals, they're able to lure in the flying males.

The blood oozes out. Firefly blood is white. They basically drink the prey's blood, and then they spend about the next hour slowly chewing up all the soft bits, spitting out the hard bits until there's just a pile of scattered remains.