Accessibility links
Some GOP Delegates May Carry Guns to RNC in Cleveland This Month The list of items banned from downtown Cleveland during this month's upcoming Republican National Convention includes tennis balls, grappling hooks and canned goods. But not guns.

Listen · 3:48 3:48
Some Delegates May Carry Guns Around Cleveland During Republican Convention 3:48 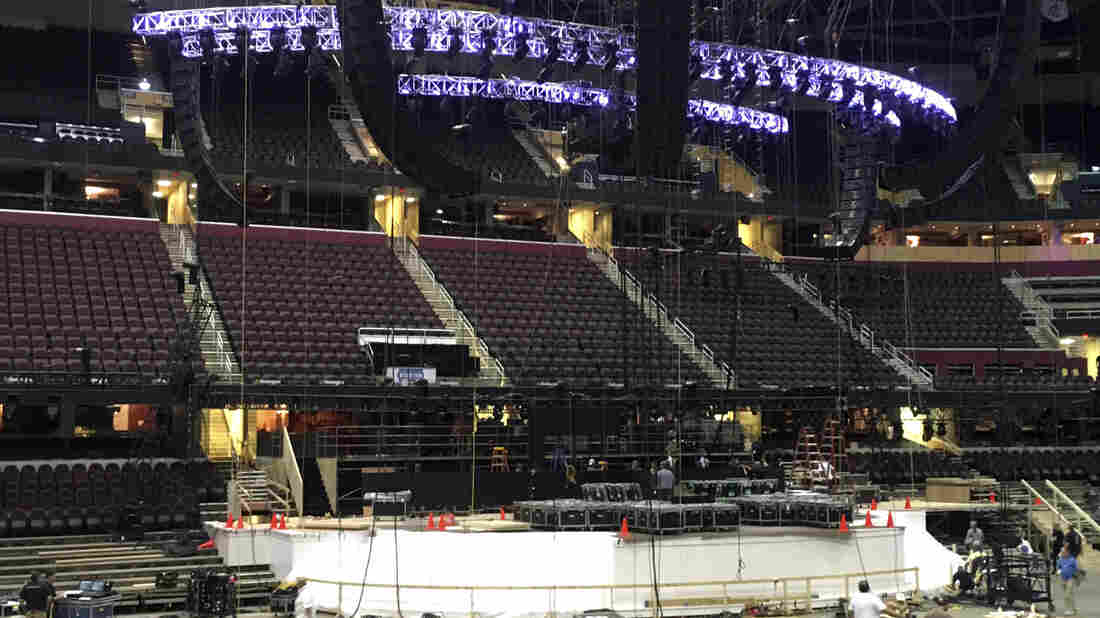 Guns won't be allowed inside the Quicken Loans Arena where the RNC will take place but will be in protest zones outside the convention. Mark Gillispie/AP hide caption 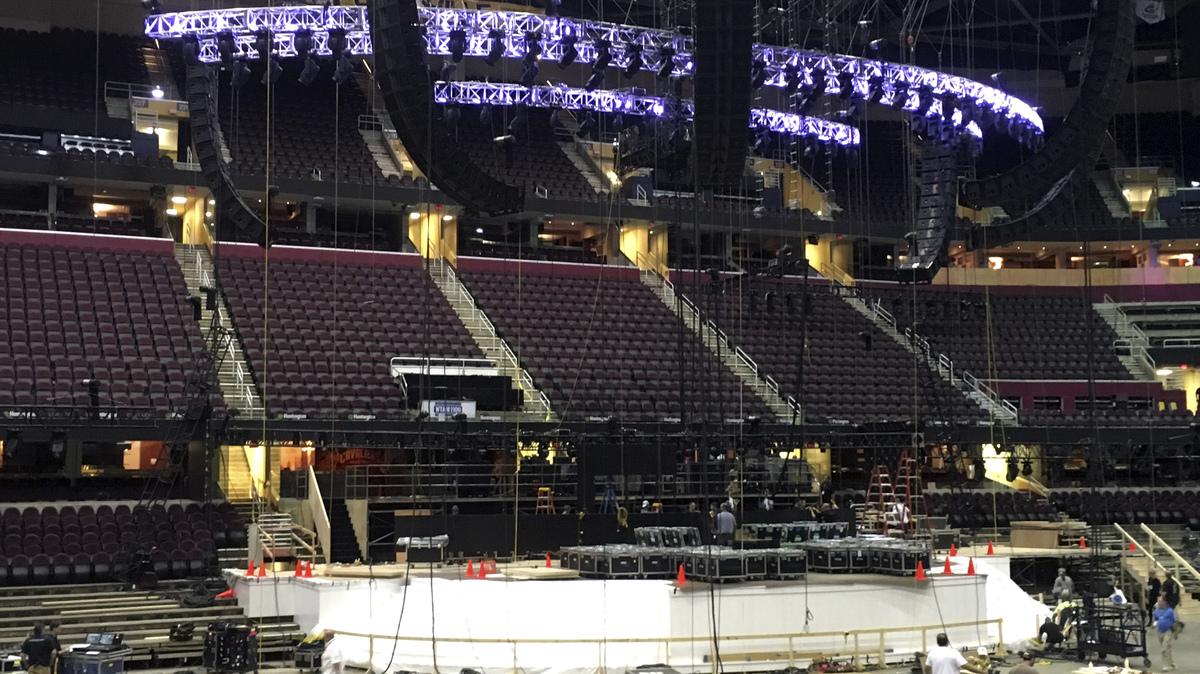 Guns won't be allowed inside the Quicken Loans Arena where the RNC will take place but will be in protest zones outside the convention.

The city of Cleveland has spent more than a year planning for security around the RNC, but it has very little say on the subject of firearms.

It's legal in Ohio to openly carry a gun in most public places without a license, while those who want to pocket their guns need concealed-carry permits. Gun owners' rights are written into the Ohio Constitution, which says "the people have the right to bear arms for their defense and security."

With tens of thousands of protesters expected in Cleveland, those gun laws could mean confrontations between pistol-packing delegates and protesters.

State law forbids cities like Cleveland to enforce more restrictive gun regulations, although the Secret Service will not permit anyone but law enforcement to carry weapons inside the Quicken Loans Arena where the convention will take place.

GOP delegates and the Second Amendment

The sight of intense, sometimes violent, protests at Donald Trump rallies has inspired at least a handful of Republican delegates to bring their weapons with them to Ohio.

"I think it's a very pragmatic solution, and I think it's part of Republican values, American values to be responsible for our own safety and our own well-being," said Jamie Klein, a Pennsylvania delegate for Trump who plans to carry a concealed 9 mm pistol out to dinner in Cleveland.

Klein knows the Secret Service won't permit weapons on the convention floor, but he wants to be ready if protests outside the convention get out of hand. A concealed-carry permit from Pennsylvania is recognized as valid in Ohio.

At a recent meeting of the Pennsylvania delegation in Harrisburg, Klein urged other delegates who aren't handgun owners to apply for carry permits and come to Cleveland armed.

One who was convinced is Ash Khare, a 67-year-old Indian-born engineer from rural Warren County who has long been active in Republican politics. He has never owned or fired a handgun.

"I am the last person that my family expected to carry a gun," Khare said. "But then at the end of the day, we all look at life, and we say we are responsible for the safety and security of our families and loved ones."

Khare has applied for a carry permit, and he says he'll want to get some training and range time before he takes a weapon to Cleveland.

He is also troubled by the threat of violent demonstrations, but he said Pennsylvania delegates are also arming themselves in solidarity with Trump and his views on gun rights in the aftermath of the mass shooting at an Orlando nightclub.

While most Pennsylvania delegates won't be armed when they come to Cleveland, the delegation's leader, Republican State Committee Chairman Rob Gleason, said it is anyone's right to carry a weapon — and while he won't be joining them, he won't criticize them.

"Don't come down all strapped up"

Cleveland police wouldn't directly address the prospect of facing weapon-carrying demonstrators, but Deputy Chief Edward Tomba said at a briefing a few weeks ago police are ready to keep the peace.

Cleveland police union head Steve Loomis says he's fine with delegates bringing legal concealed weapons to Cleveland. But he is concerned about open-carry advocates who he fears could cause panic.

"Come down if you want to come down with your message but don't come down all strapped up. It's not going make our job any easier and it's certainly not going to make the event any safer," said Loomis.

Klein, the Pennsylvania delegate, says if he is in a threatening situation the police can't control, he'll do what he has to.

"I'm an old man," Klein said. "I cannot run and I cannot jump. And if some group of people were to threaten my safety or my wife, I have been trained to stop them."