Accessibility links
A Son Searches For His Missing Dissident Father In 'The Return' Author Hisham Matar's new book, The Return, is an account of his journey to his native Libya in search of his father, a dissident kidnapped off the streets of Cairo years before and imprisoned. 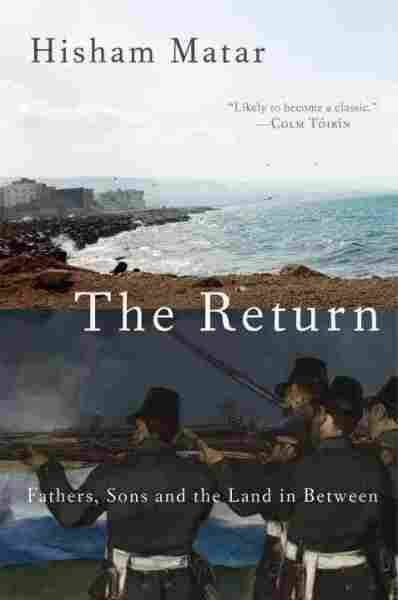 Fathers, Sons and the Land in Between

Title
The Return
Subtitle
Fathers, Sons and the Land in Between
Author
Hisham Matar

Hisham Matar spent his childhood in Libya. But then his father became a dissident, working against Libyan dictator, Moammar Ghadhafi.

The family eventually left Libya for Cairo. But even in exile, Ghadafi's men could find you. "If you said the wrong thing about someone in company that you weren't sure of, people could disappear," he tells NPR's Kelly McEvers. "So the sense that there was a ghost in every gathering, you know a potential transporter of what is being said, is something that all dictatorships instill in their people."

Then, in 1990, Hisham Matar's father, Jaballa Matar, did disappear. At first the family was told he was being held by Egyptian intelligence, but then they received a letter from him that revealed he was being held in Libya as a political prisoner.

Hisham Matar recently went back to Libya for the first time in decades. He tells that story in a new book, The Return.

On receiving a tape of his father's voice

It was an audio letter, it was his voice, speaking directly to us, describing how he was betrayed and arrested and turned over to the Libyans. But then he addresses each one of us directly. I mean, I've only been able to listen to it five times over the last 25 years ... [to me] he said, 'are you still writing poems. I hope you are.'

On the parallels between his family's story and that of Libya

The country's story has been silenced. When a dictatorship imprisons someone or makes them disappear, it's actually a very strategic move. We forget that. It's not as senseless as it seems. It's a way to silence someone, but also it's a way to silence their family as well, out of fear, and society by extension. And so over the this very long, four-decade period of that sort of atmosphere, a lot of things are not said. Are not sayable. And so one of the things I found very interesting in working on the book is how you bring them out.

On finding out what happened to his father

I'm 45. I lost my father when I was 19, so the majority of my life has been under this cloud, and I have been full of the intention to find out what happened. And I believe it to be, as it is with every person who has suffered a disappearance, whether it's in Argentina or Iraq or anywhere in the world, it is absolutely my right to know. But I also discovered that my father is far more available to me than I thought he was. That, in other words, yes, it will absolutely give me a sense of dignity to know what happened to him. It's important. But really nothing can take away, add, subtract from not only my feelings towards him but his presence in my consciousness.