Accessibility links
Meet Donald Trump's Potential Vice Presidents In 100 Words Trump has run a highly unpredictable GOP campaign, and his vice presidential choice is likely to be the same. Here are some of his top prospects.

Donald Trump is expected to announce his running mate any day now, and speculation is swirling about whom he might pick.

A vice presidential choice is a critical one for the Republican presumptive nominee. Not only has he never held elective office, but he still hasn't united his party around his controversial candidacy. More social media missteps this week and comments praising former Iraqi leader Saddam Hussein unsettled GOP leaders even more.

Trump has said he is likely to pick someone with political experience who can help him navigate Washington if he's elected. That moves former Rep. Newt Gingrich, who campaigned with Trump Wednesday night in Ohio, higher up on the list. At a rally in Ohio Wednesday night, Trump campaigned with Gingrich and teased the crowd that the former House speaker would be involved in his administration "in one form or another."

Someone like Indiana Gov. Mike Pence, a former congressman, gives him both state and federal experience. Plus Pence, who met with Trump last weekend, is popular among Christian conservatives.

Tennessee Sen. Bob Corker, a onetime top prospect, took his name out of consideration after campaigning with Trump in North Carolina on Tuesday. He told the Washington Post that "I'm far more suited for other types of things."

Iowa Sen. Joni Ernst, a dark-horse candidate who met with Trump on July 4, also tamped down speculation on Wednesday, saying she preferred to focus on her first term in the Senate.

Ultimately, though, Trump has run a highly unpredictable campaign and his vice presidential choice could be the same. He may not pick from the 11 possible candidates we've profiled below and has even said he may look to a general or someone with career military experience.

Based on our reporting and other news reports, here are some of the top potential Trump running mates. 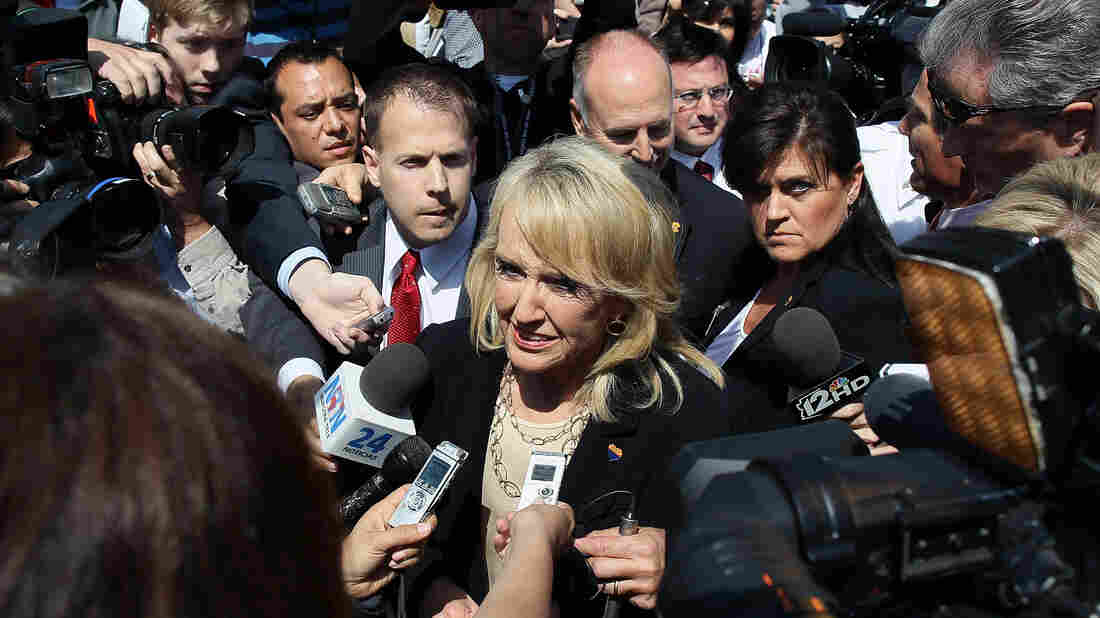 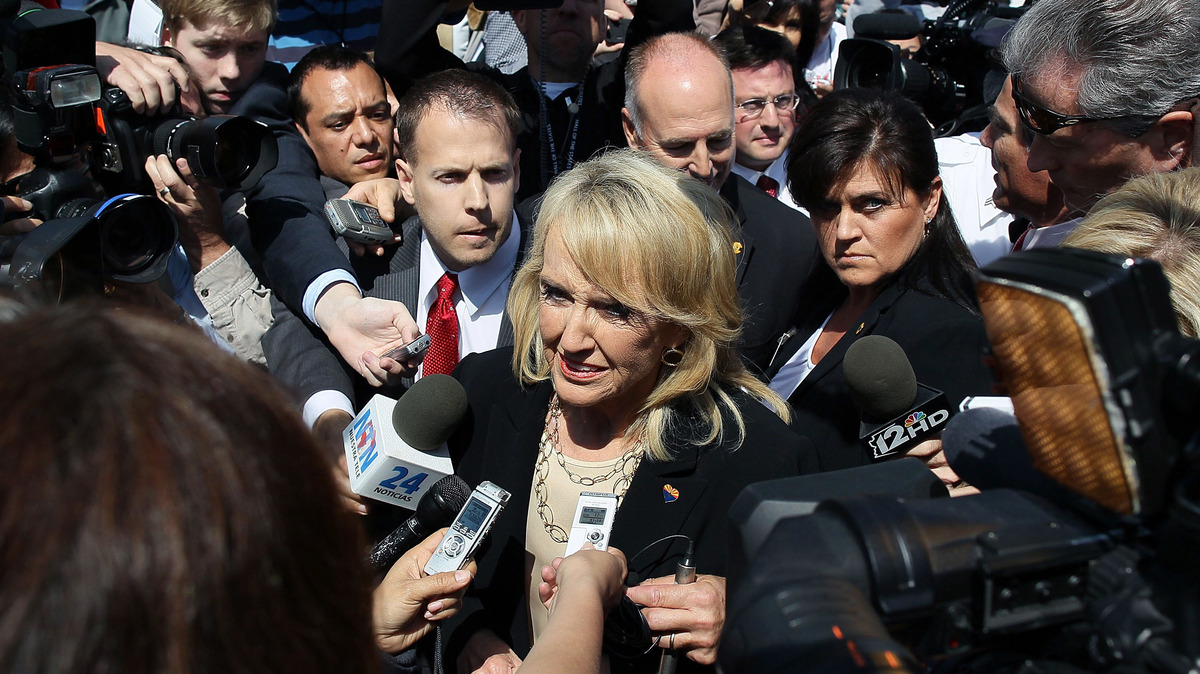 Arizona Gov. Jan Brewer speaks to the media after arguments at the U.S. Supreme Court to decide Arizona's controversial immigration legislation in 2012.

Brewer has a tough reputation on one of Trump's signature issues: immigration. As governor of Arizona in 2010, she signed SB1070, a controversial law that enabled police to stop anyone they suspected of being in the country illegally. Its passage led to demonstrations in Arizona and around the country. In 2012, the U.S. Supreme Court struck down much of the law, but kept a "show me your papers" provision. Another controversial bill to restrict medication abortion was also struck down. Brewer endorsed Trump in February 2016, saying he may be "our last chance" to secure the country's Southern border. 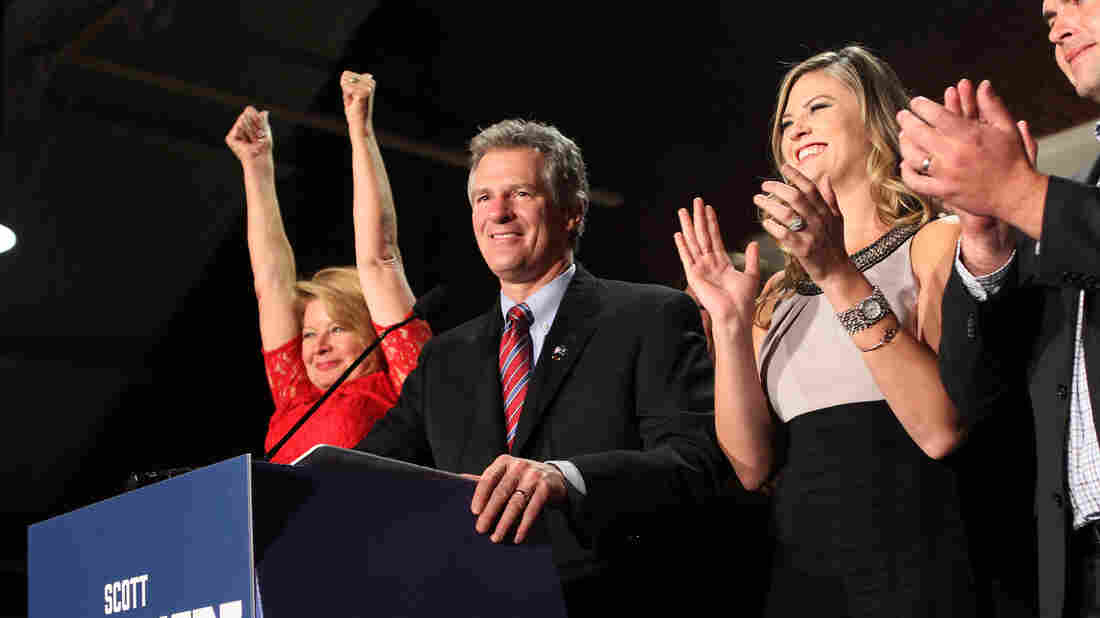 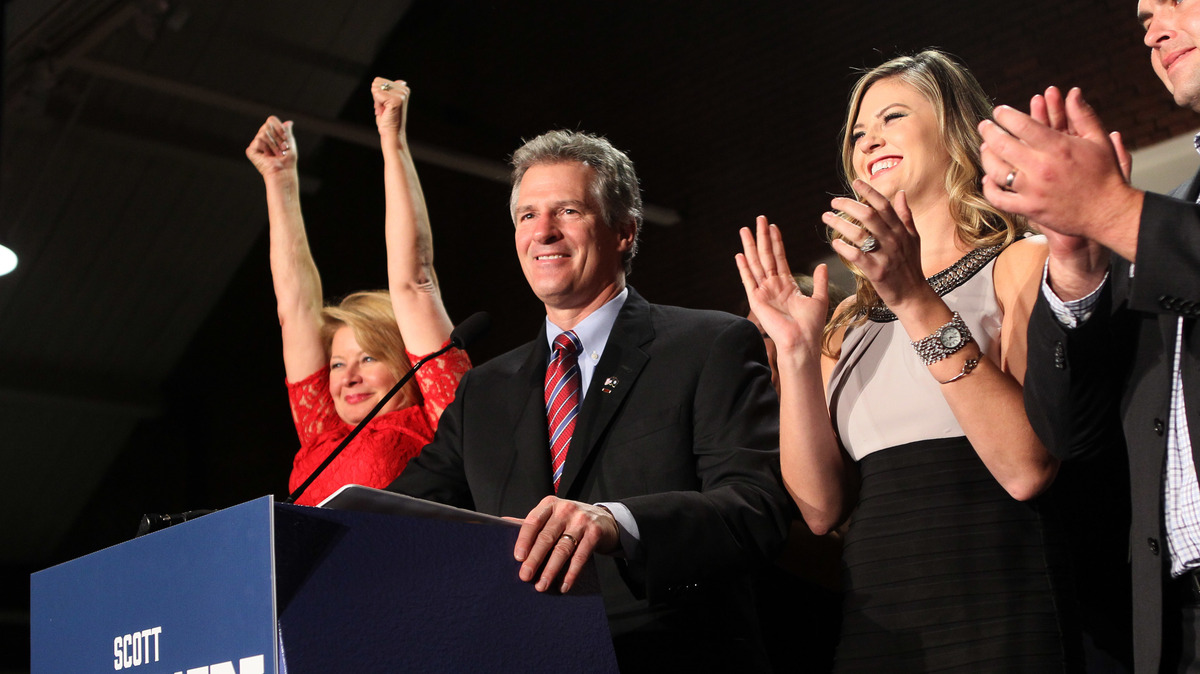 Brown shocked the political world in January 2010 when he won the Massachusetts seat of the late Democratic Sen. Edward Kennedy. His moderate profile wasn't enough to save him in 2012, when he was unseated by Democrat Elizabeth Warren. He moved to neighboring New Hampshire and unsuccessfully ran for Senate in 2014. Brown was an early Trump endorser, and the presumptive nominee suggested at a New Hampshire rally that he might pick Brown as his running mate. Trump has said of Brown, "he's central casting," a likely reference to Brown's looks (and possibly his 1982 nude Cosmopolitan photo shoot). 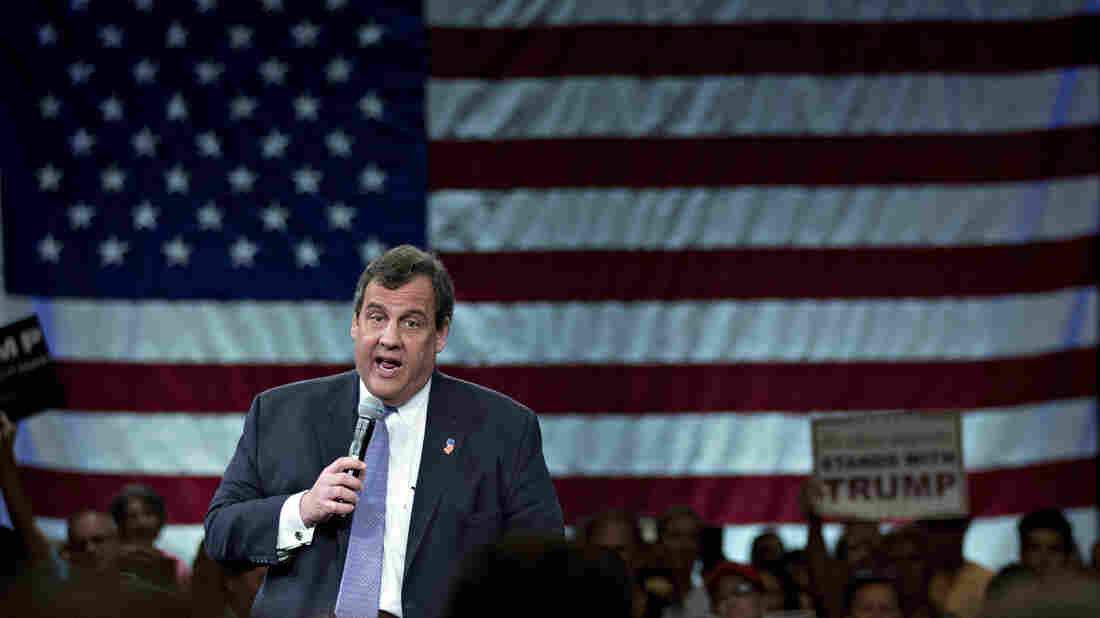 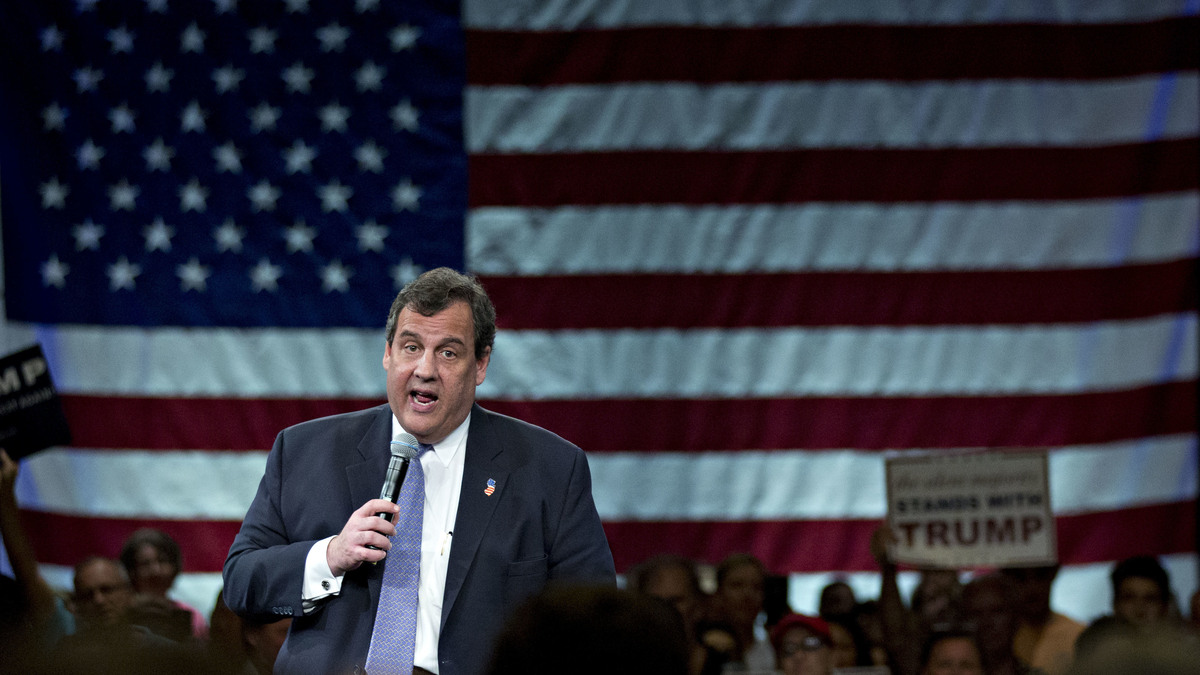 After New Jersey Gov. Chris Christie declined to run in 2012, his 2016 presidential bid didn't end the way he had hoped. Despite tearing down rival Marco Rubio in the final New Hampshire debate, he ended his campaign after finishing a disappointing sixth place. Less than a month later, he surprisingly endorsed Donald Trump, becoming one of the first big, establishment names to endorse him. He would add considerable political heft to a Trump ticket and could certainly fulfill the attack dog role of a running mate, but he is still unpopular in his home state after the so-called Bridgegate scandal. 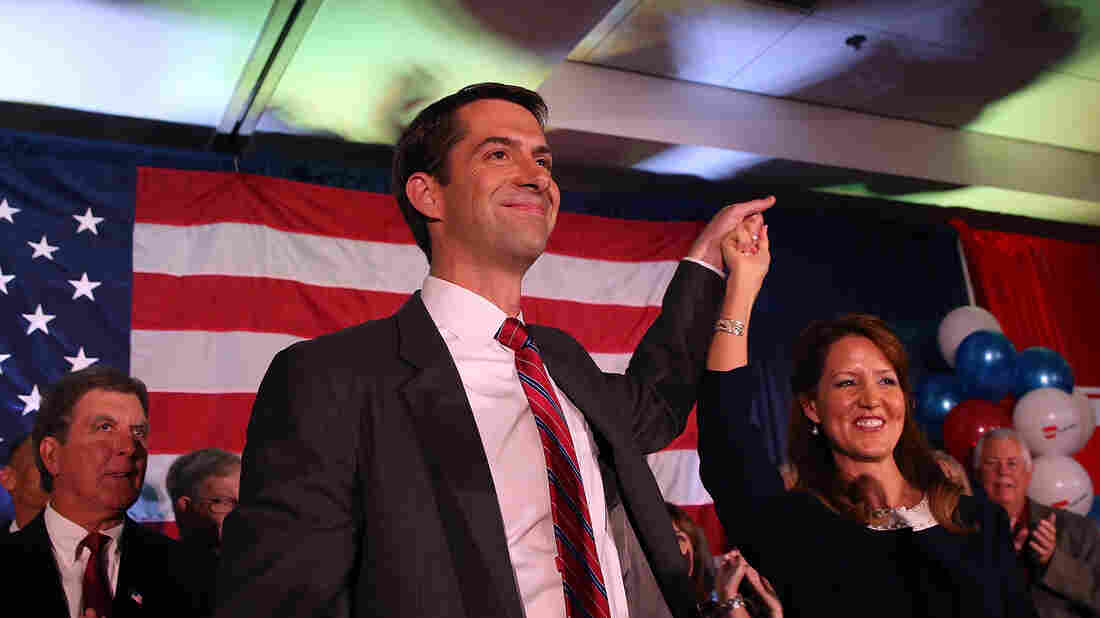 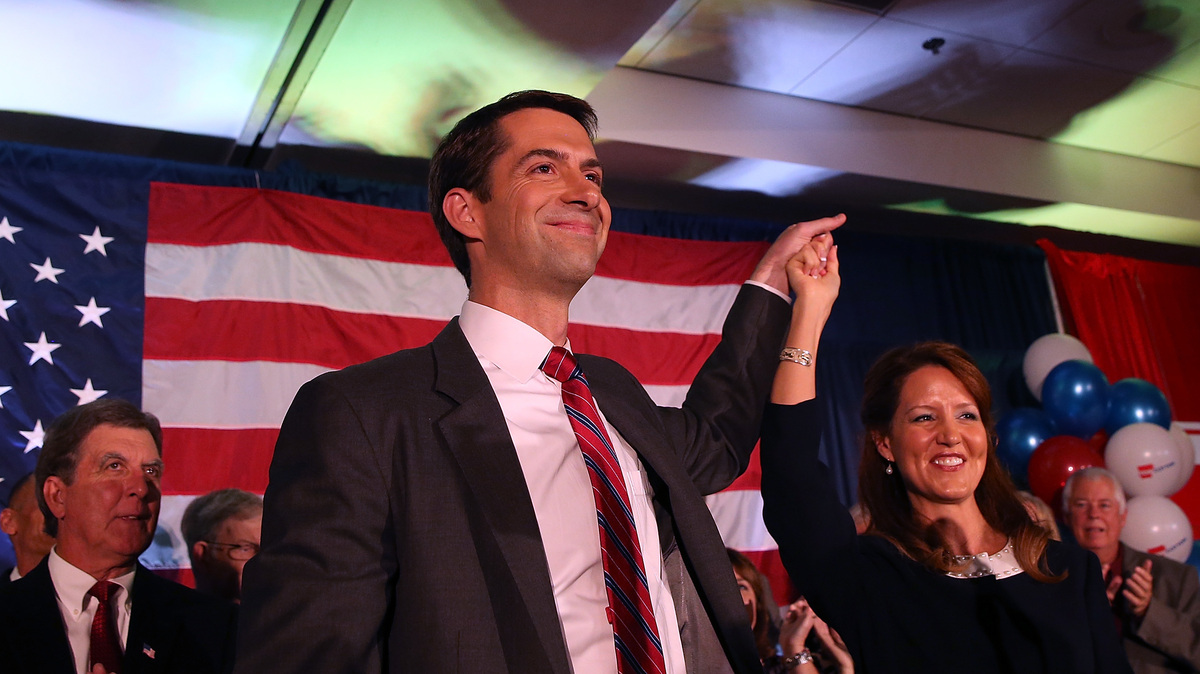 Probably the youngest possible pick for Trump, the 39-year-old Arkansas senator has been seen as a rising star within the GOP since he was elected to the House in 2012. Two years later, he was elected to the Senate, defeating Democratic Sen. Mark Pryor. Cotton's background is primarily in the military; he served two combat tours in Afghanistan, where he was awarded the Bronze Star. In the Senate he has called for a tougher approach to taking on ISIS and terrorism. Prior to running for office, he was also an attorney and a management consultant. 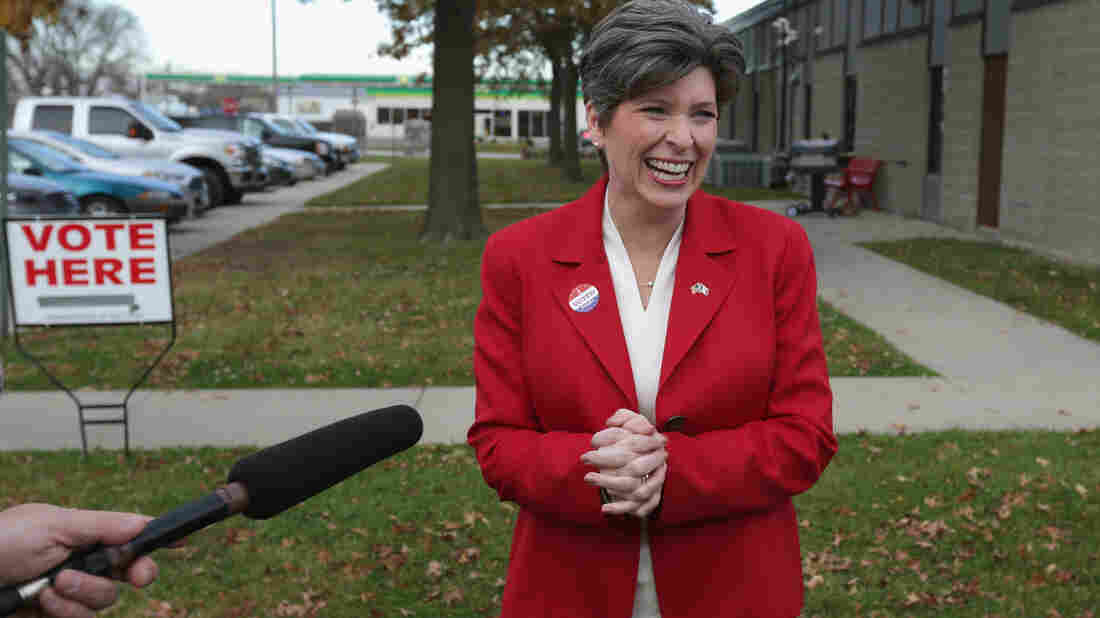 Sen. Joni Ernst speaks to members of the news media after casting her ballot on Election Day in 2014. Chip Somodevilla/Getty Images hide caption 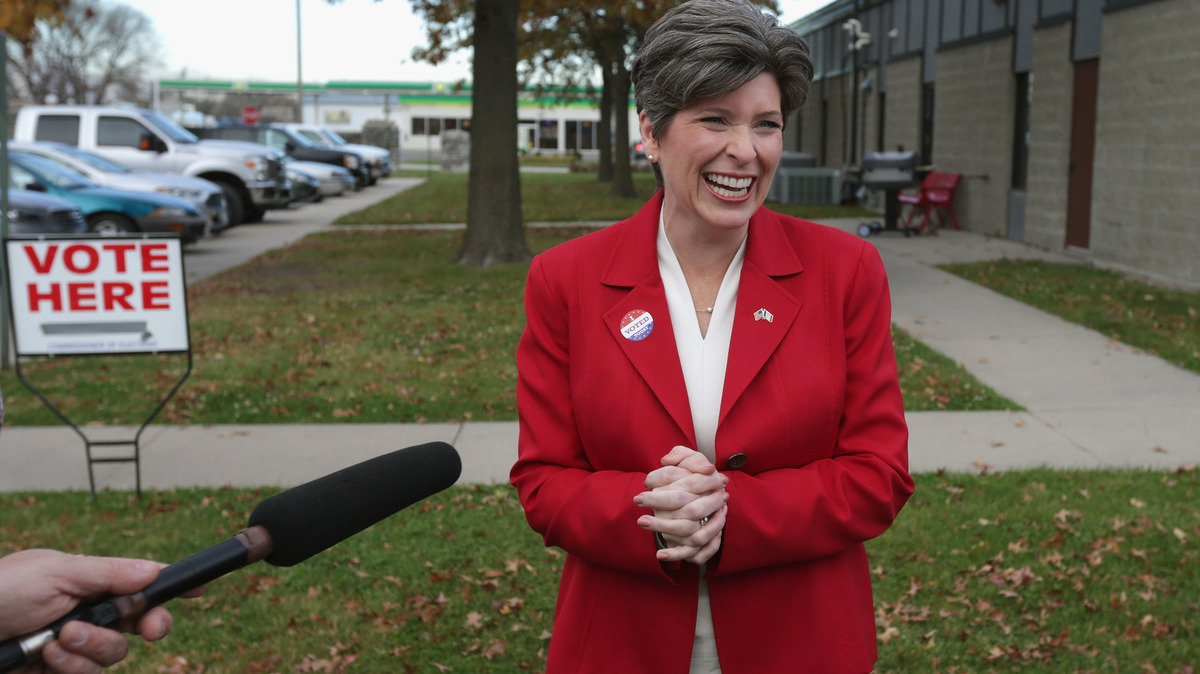 Sen. Joni Ernst speaks to members of the news media after casting her ballot on Election Day in 2014.

Joni Ernst was elected as Iowa's first female senator in 2014 and also became the first female veteran to serve in the U.S. Senate. Once a long shot in the GOP primary, she was buoyed by an endorsement from Sarah Palin and enjoyed strong Tea Party support. Ernst could help boost Trump's support among women and those concerned about his lack of foreign policy experience. After meeting with Trump July 4, though, she threw cold water on the idea of being vice president, saying she was focused on Iowa and was "just getting started" in the Senate. 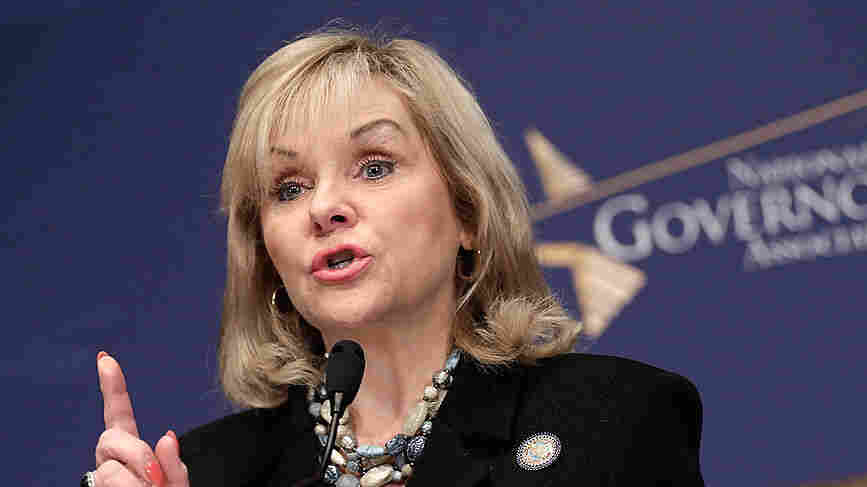 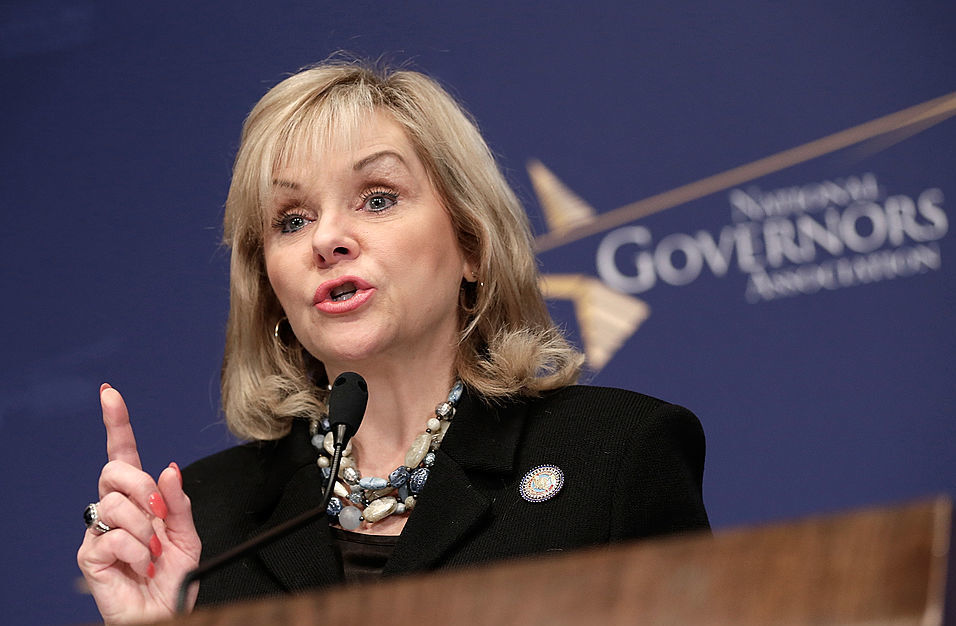 Mary Fallin, seen in 2014, is the governor of Oklahoma.

With nearly three-quarters of women viewing Donald Trump unfavorably in recent polls, many Republicans believe picking a woman as a running mate could help. Fallin, the first female governor of Oklahoma and a former congresswoman, might begin to bridge that gap. She also would match Trump's tough stance on immigration. During her campaign for governor, she said she supported Arizona's immigration laws, which allowed local police to determine the status of those suspected of being in the country illegally. However, she isn't well-known outside of Oklahoma and doesn't come from a swing state. 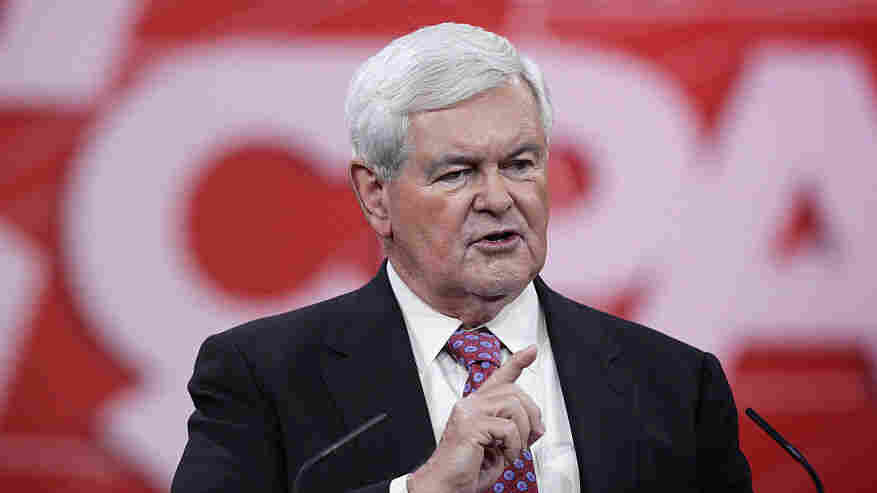 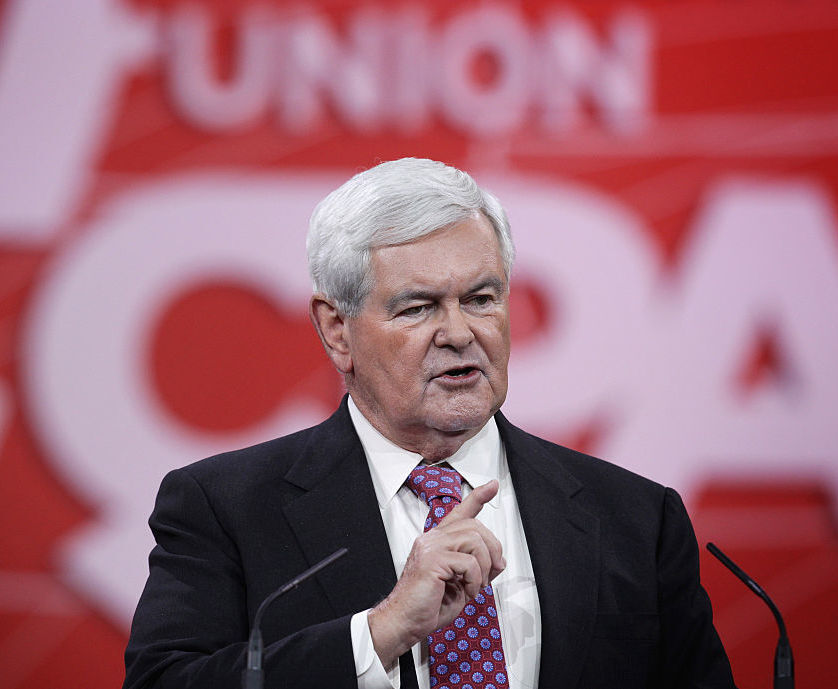 Newt Gingrich, seen in February, is the former speaker of the House.

Trump has said he'll "probably choose somebody that's somewhat political." You probably won't find someone more political than Gingrich. The former House speaker would lend Trump considerable Washington expertise. A 20-year congressional veteran, he was the architect of the "Contract with America," a series of policy proposals that helped usher in the 1994 Republican revolution. He unsuccessfully ran for president in 2012. Like Trump, Gingrich comes with personal scandals, including past infidelities, and three marriages. Gingrich has said that being vice president would depend on how the job is defined, saying, "If it's about [going to] funerals, I'm not interested." 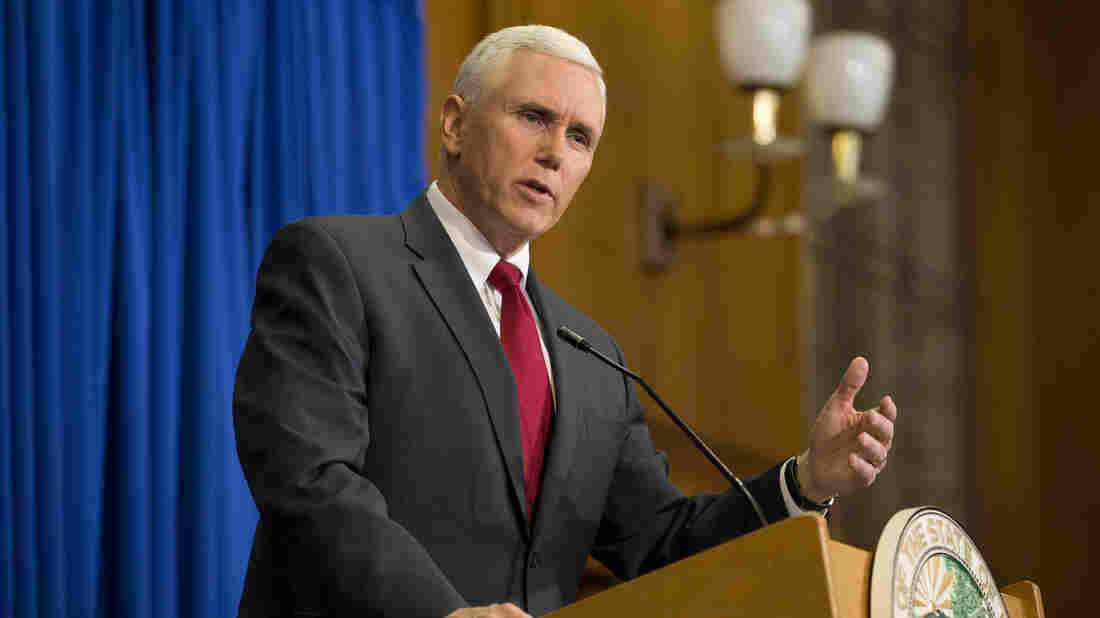 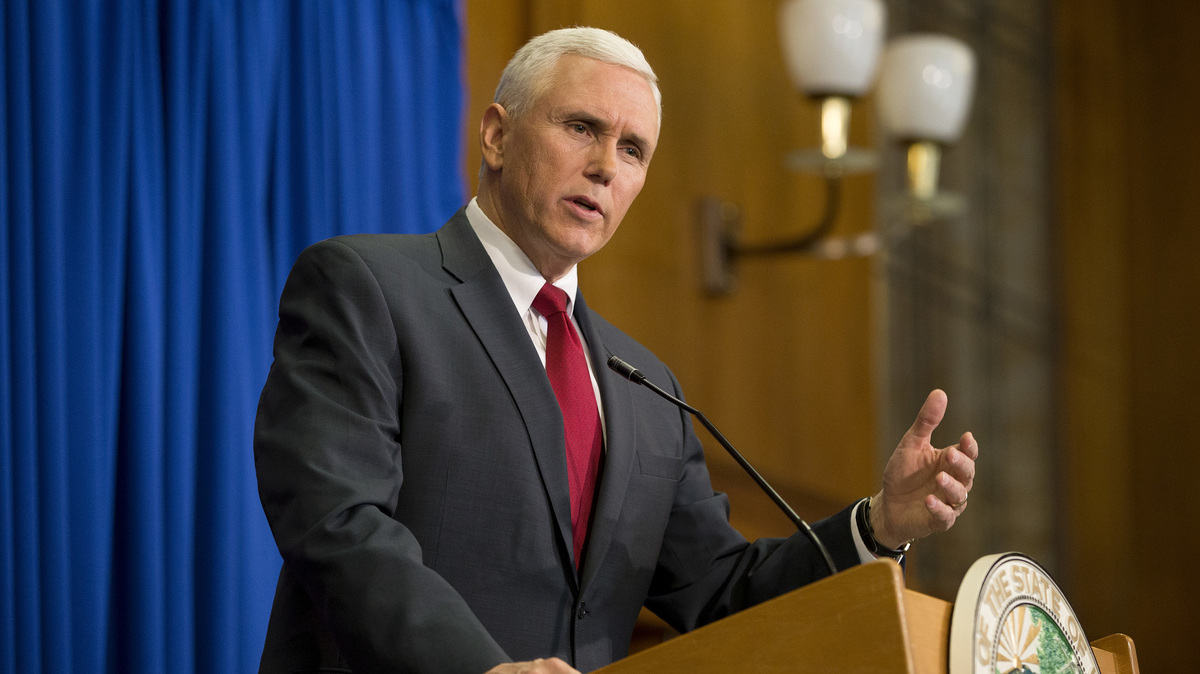 Pence first gave Texas Sen. Ted Cruz a lukewarm endorsement ahead of the May 3 Indiana primary but endorsed Trump just days later after his win that effectively sealed the GOP nomination. Pence would offer Trump a running mate beloved by evangelicals. He has called himself "a Christian, a conservative, and a Republican, in that order." In 2015 he signed into law a controversial religious freedom bill, which spurred wide backlash. Pence later signed a revision he said would prevent LGBT discrimination. Pence is in a competitive re-election race and could not run for both vice president and governor simultaneously. 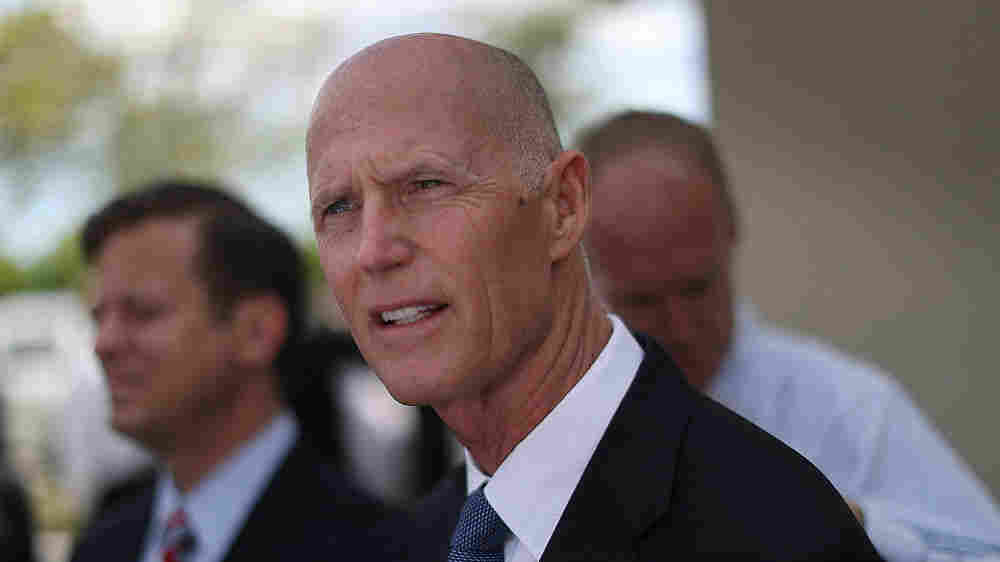 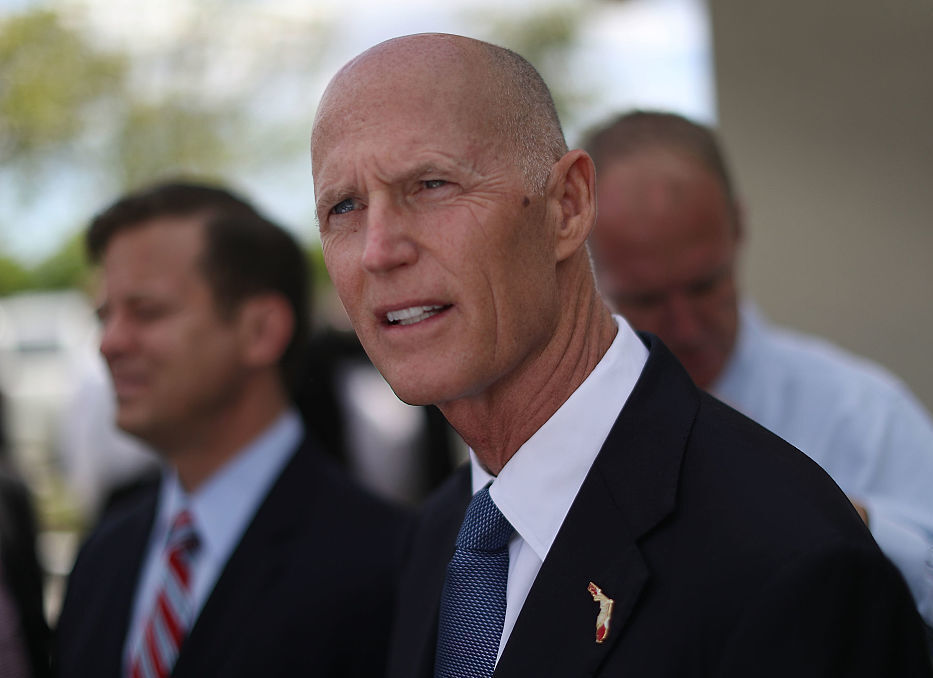 Rick Scott is the governor of Florida.

Scott has said that he would decline to be Trump's vice president if asked, saying: "I like my job. I worked hard to get this job. I'm going to stay in this job." But he still is a natural choice for Trump, who could use the governor's help in Florida, a critical swing state. The governor endorsed Trump the day after he won the Florida primary. Scott made millions as a health care executive before being elected in 2010. He has had his own scandals, including an FBI investigation of his hospital company, which led to $1.7 billion in fines. 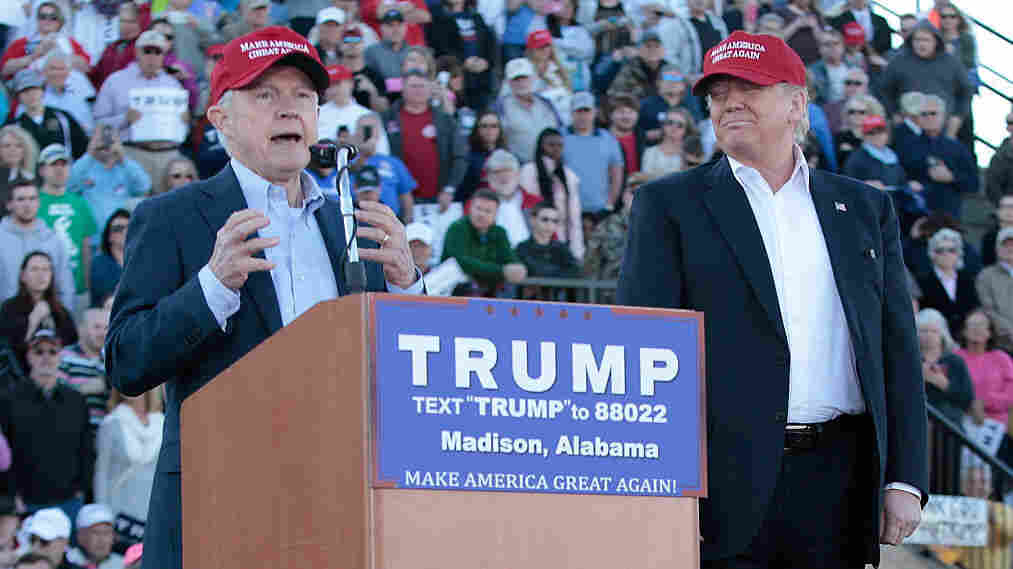 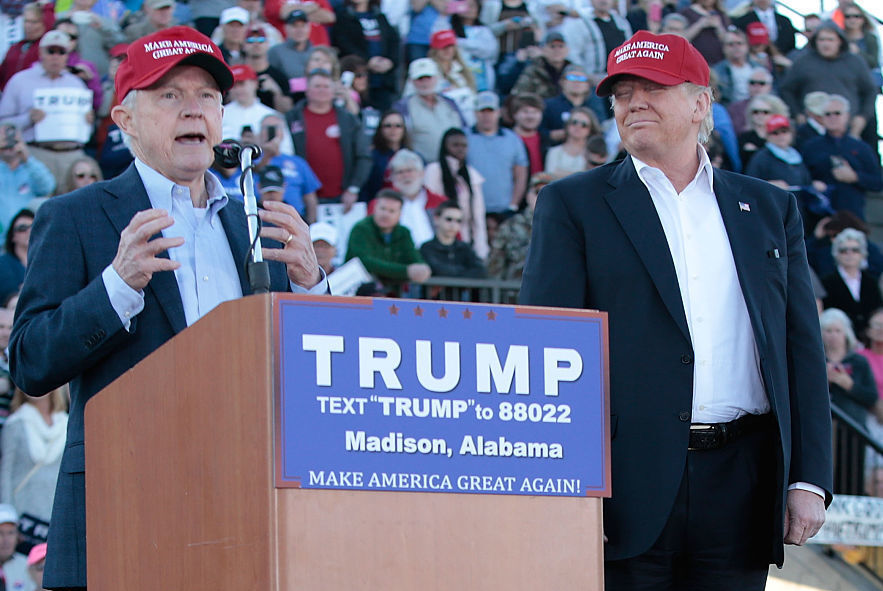 In February, Sessions became the first U.S. senator to endorse Trump, a particular blow to Texas Sen. Ted Cruz, who had frequently praised the Alabama senator on the campaign trail. A top Sessions aide, Stephen Miller, also left his office to work for Trump as a senior policy adviser. Sessions was an outspoken opponent of the Senate's 2013 comprehensive immigration reform. He is also a former U.S. attorney and member of the Army Reserve. 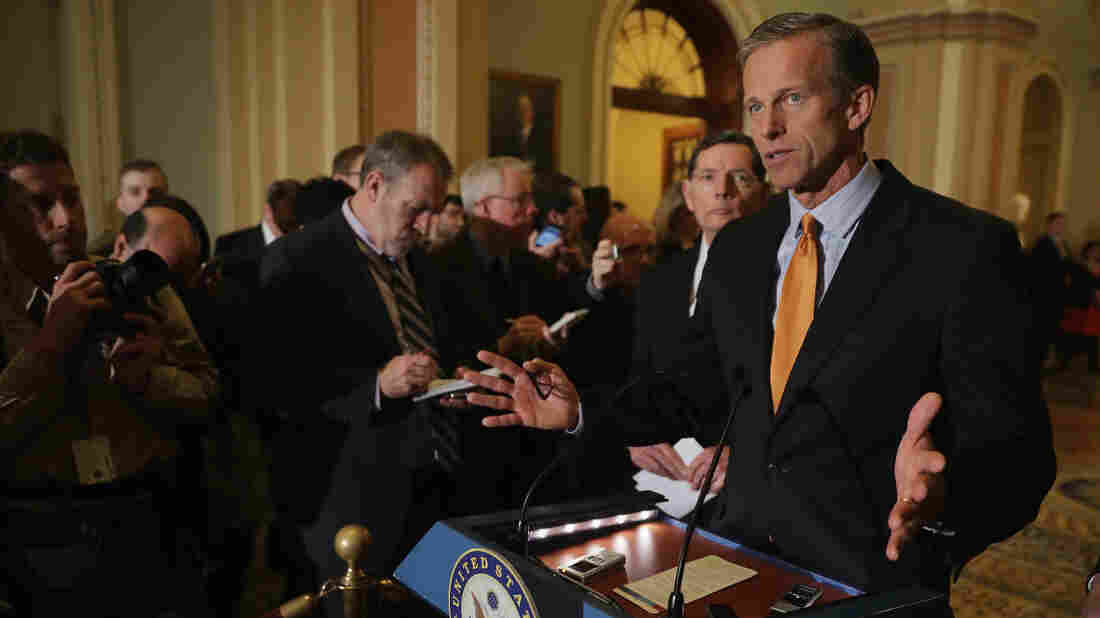 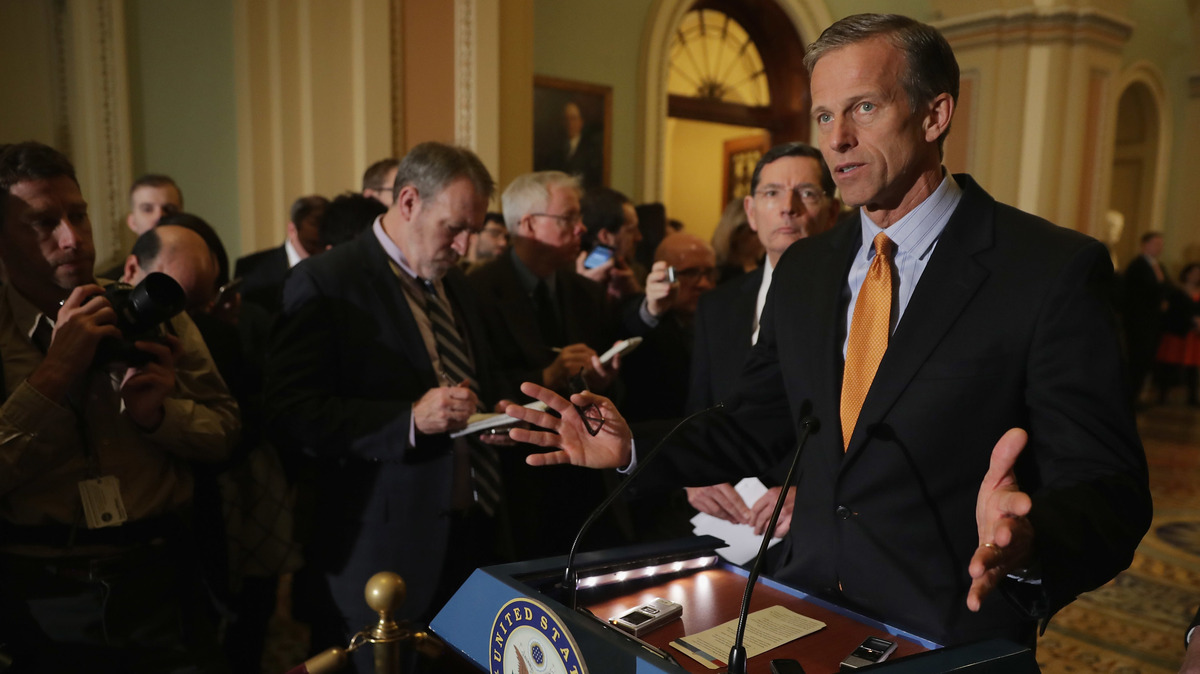 By picking Thune, Trump would help appease the establishment GOP base and get a running mate with considerable political expertise. Prior to serving as South Dakota's representative and senator, Thune worked in Washington, D.C., in the Small Business Administration under an appointment from Ronald Reagan. However, South Dakota is far from a swing state and doesn't help Trump with electoral math. Thune was rumored to be a vice presidential possibility in 2008 and 2012. His spokesman, however, has said that being Trump's running mate "is not something Sen. Thune is even considering."