Accessibility links
Review: Jeff Beck, 'Loud Hailer' More than 50 years into his career, the guitar legend once again demonstrates his mastery of tone, while still balancing his trademark sound with powerful lead vocals. 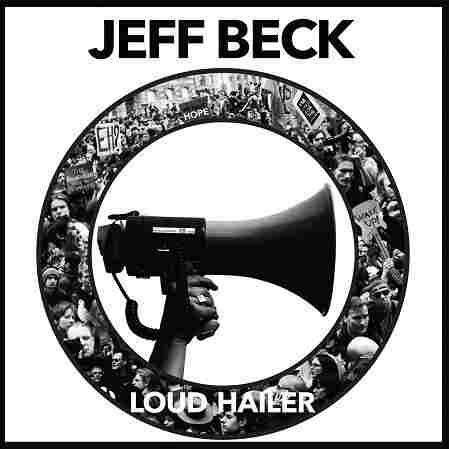 It's often a challenge to find enough inspiration to get out of bed in the morning, let alone try to craft any kind of lasting creative expression. So it's hard to fathom what it's like for guitarist Jeff Beck to go to the well for more than 50 years and still achieve something creative. But he's been able to accomplish just that on his new album, Loud Hailer.

Jeff Beck albums are a special kind of experience, because of course we're listening for the kind of playing that makes him the guitar legend that he is. But Loud Hailer, like so many others, is carefully constructed to spotlight the lead vocals as much as his guitar work. Over time, Beck has absorbed so many forms of music in his career that he's equally adept at cover songs and originals.

Loud Hailer doesn't bother with too many references to contemporary music. This is strictly a Jeff Beck joint, built around that amazing tone and variations on the 12 bar blues. But he's hardly stuck in the past: Instead, the new album serves as a reminder of how a guitar should sound, as well as the way it feels when someone has no questions about what he was put here to do. When the result sounds like Loud Hailer, why tamper with what fans want?