Accessibility links
Review: Aaron Neville, 'Apache' At 75, the man still sings like an angel who's swallowed a wah-wah pedal. Aaron Neville's new album feels like a manifesto — a declaration of self by an artist who's had time to figure it out. 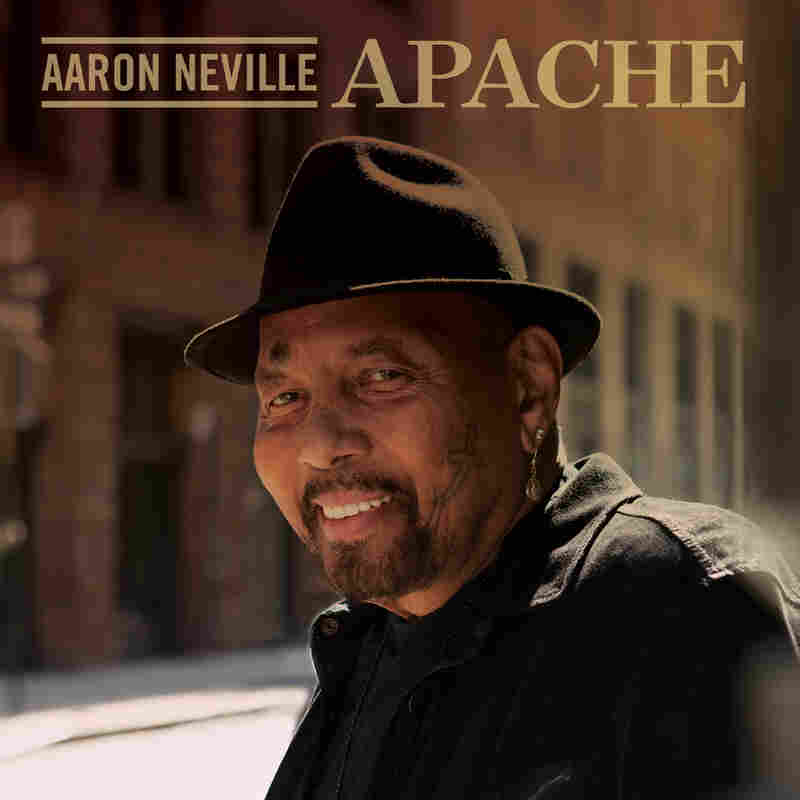 There can be a nagging worry, among those who love veteran singers of a certain age, that seasoned voices will one day lose the quality that once enchanted us. We know it's natural for vocal cords, especially well-used ones, to experience the same wearing-down that bodies do over a lifetime. Still, we anticipate with sadness that moment when we'll emerge from a concert hall and have to admit, if only to ourselves, that a great artist's pipes aren't what they used to be.

Aaron Neville, though, has a voice made to age gracefully. He's always sung vowels with a distinctive wobble, pure and resolute in its fragility. Now 75, the man still sings like an angel who's swallowed a wah-wah pedal. It's that blend of unforced sweetness, honesty and melodic sensibility that still makes his music so believable after a career spanning more than five decades.

At times in his new album, Apache, Neville seems to get reflective. "I Wanna Love You," for all its candor, is sung by someone who's looking ruefully backward at past mistakes: "I've been thinking how to make things right," he sings. In "Make Your Momma Cry," Neville could be speaking to his teenage self. "You and your friends better stop stealing all of them cars," he warns, apparently referring to the offense that got him locked up in the New Orleans Parish Prison at 17.

Still, Apache feels less like a memoir and more like a manifesto — a declaration of self by an artist who's had time to figure it out. Neville's past several solo albums have read as loving markers of the music that's contributed to his formation: 2006's Bring It On Home was a collection of soul classics, 2010's I Know I've Been Changed a gospel hymnbook, 2013's My True Story a dedication to doo-wop and R&B vocal groups. But Apache — the first album he's primarily written himself — is a fresh, confident statement of who Neville is now. It nicely captures and resolves the duality that hangs around him: He's known in his solo career for heartrending ballads, but in his work with Allen Toussaint and with his brothers Art, Charles and Cyril for hard-driving funk. He's a man whose formidable figure and rocky past might come as a surprise once you've heard that gold-filigree voice.

So on the one hand, gritty funk and soul are all over Apache. Producer Eric Krasno of the aggressive Brooklyn funk bands Lettuce and Soulive brings some bite, and that ubiquitous horn section on loan from Daptone Records holds nothing back in brassy numbers like the opener, "Be Your Man," and the nastily grooving "Ain't Gonna Judge You." But there are also moments of tender restraint here — such as "Sarah Ann," a Drifters-style ode to Neville's wife, whom he met in 2008 when she was assigned to photograph the Neville Brothers. ("You captured my image / And stole my heart.")

The common factor through it all is, of course, Neville himself, as he sings his own songs with humility and heart. And, though he's lived in New York for the last several years, it's difficult to separate the soul of Aaron Neville from the city of New Orleans. "Stompin' Ground," which catalogs the people and places of Neville's hometown over a quintessential 1-3-5 bassline, is thus a worthy centerpiece for Apache. Many love songs have been written to the Crescent City; many more are yet to come. This one might not have the wistfulness of "Do You Know What It Means" or the distilled resilience of "This City," but it's full of unspoken stories and straight-up soul. "Sometimes them streets was mean, can you dig?" Neville chants as the track closes, hinting at a more complicated history than its danceable beat suggests. "But that's my stompin' ground."