Accessibility links
About Face: On Beauty, Characters And Threading The Needle The looks and faces of actresses provide endless fodder for debate and fascination. But some care is called for in where we take these arguments. 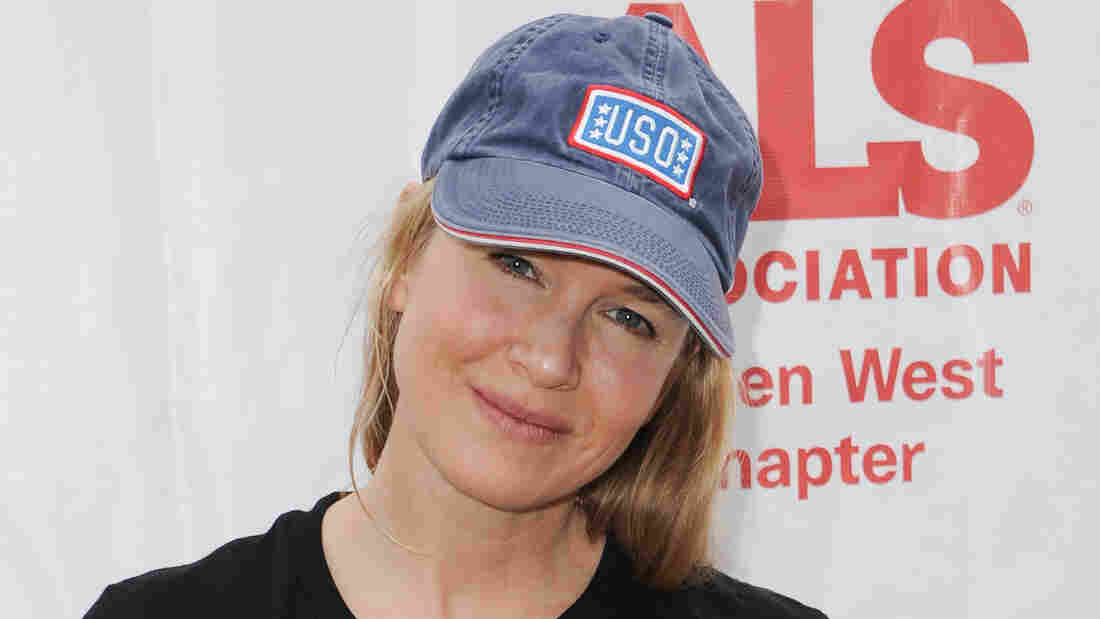 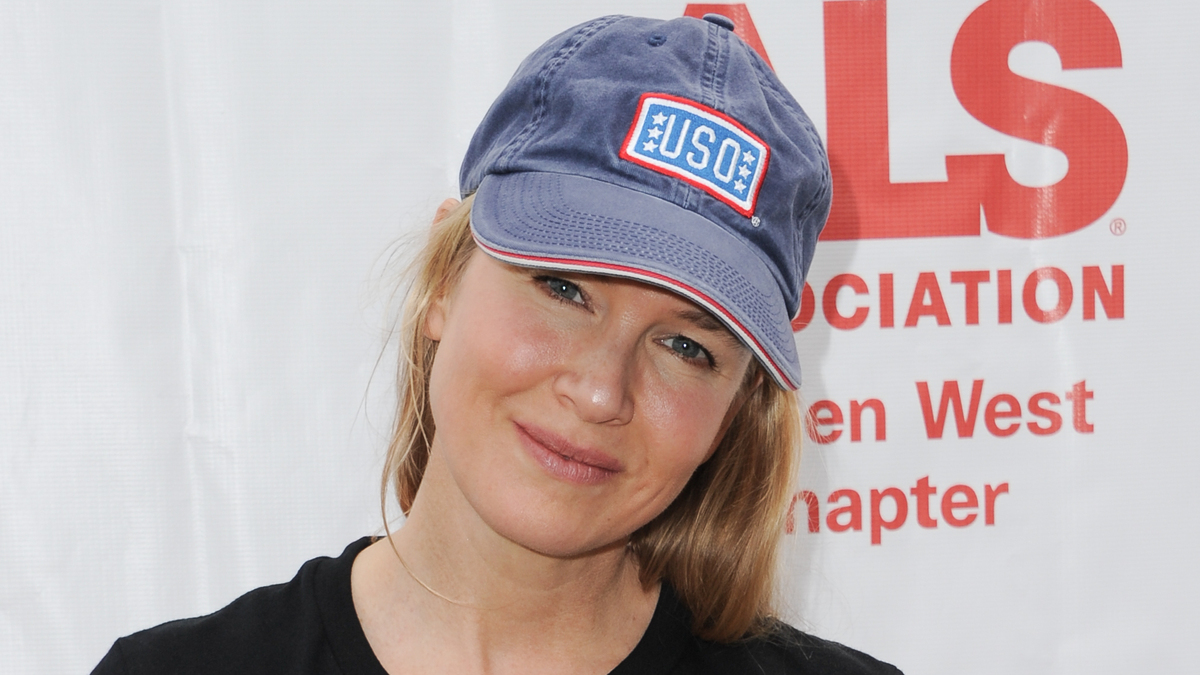 There is a myth that the most worshipped woman in popular culture is the one perceived as most perfectly beautiful, but that's not so. What's worshipped the most is the one who threads the needle most precisely such that she is almost impossibly beautiful, but something about her brings her toward you and into focus, close enough that you feel like you could touch her.

Consider the unintentionally funny opening of Rich Cohen's recent Vanity Fair profile of Margot Robbie, an interesting actress who is, among other things, about as conventionally beautiful as women get (and more power to her).

"America is so far gone, we have to go to Australia to find a girl next door. In case you've missed it, her name is Margot Robbie. She is 26 and beautiful, not in that otherworldly, catwalk way but in a minor knock-around key, a blue mood, a slow dance. She is blonde but dark at the roots. She is tall but only with the help of certain shoes. She can be sexy and composed even while naked but only in character. As I said, she is from Australia. To understand her, you should think about what that means."

Margot Robbie, according to this paragraph, is beautiful in a kind of regular, ordinary, normal, accessible way, even though the profile is entirely illustrated with wet-babe swimsuit shots. Apparently she has dark roots (which, by the way, are generally the result of waiting to color your hair, and not of any particular mystique or genetic ta-da) and is tall if she happens to wear very high heels (which, by the way, is true of many women because of the basic interlocking logic of shoes and height). And she is from Australia, and we should think about what that means. (Spoiler alert: The thesis is that "Australia is America 50 years ago," so I'm sure they're looking forward to getting the Internet someday.)

What follows is something like you'd expect to find in late-night Margot Robbie fan fiction, in which you meet her and really, really get to know the woman behind the blue eyes and blond hair — you look at her in a new way. She touches your heart a tad. "We sat for a moment in silence," Cohen says. "She was thinking of something; I was thinking of something else." (Say countless readers in unison: "Yes, I suspect you were not thinking the same thing in this particular moment.") Somehow, this piece ends without a gentle, rueful kiss on the forehead, but that's sort of where it seems to be going for a while there.

The effort to position Margot Robbie as less "otherworldly" but more of a "knock-around" kind of girl because she has dark roots and isn't all that tall is a perfect example of worshipping a woman by arguing that she threads the needle in just the right way. She delights us, but you can see a flicker of ordinariness that binds her to us when we feel ordinary ourselves. The ones who are beautiful with no ordinariness at all will be classified as cold. Or stuck-up. Or worse.

It made an interesting companion piece with Variety film critic Owen Gleiberman's recent column lamenting the way Renee Zellweger looks in the trailer for Bridget Jones's Baby. Gleiberman guesses (without, he acknowledges, any evidence other than his own sense of what she should look like were she aging naturally) that Zellweger has had "work done." That, of course, is in turn a way of implying "plastic surgery" without saying so — there's work that isn't surgery, but that probably isn't what we're talking about. Gleiberman says that Zellweger is unrecognizable as herself and goes on to generalize that when that happens, it's not the result of a celebrity trying to look her best or trying to stay the same, but of something far more nefarious: "It's the result of a decision, an ideology, a rejection of the self." That is a lot to conclude based on a trailer, but let's follow it for a bit.

What seems to have bummed Gleiberman out in the case of Zellweger is, he says, rooted in his appreciation of the way she looked in Jerry Maguire — to him, she wasn't pretty like a movie star, but was, as he puts it, "beautiful in the way an ordinary person is." In other words: a needle-threader. He ascribes essentially all of her appeal in the film to this fact, saying nothing about her acting in it at all, only that her ordinary looks (that's not really true to begin with, I don't think, but let's posit that it's true) were what made the story special, what gave it meaning. That Tom Cruise could fall for a woman so regular-looking, so not-Julia-Roberts. "This is what completes you," he says in reference to the film's most famous line, "someone who looks just like this."

The piece ends in hope that in the third Bridget Jones movie, Bridget will look like "a gloriously ordinary person" rather than "someone who looks like she no longer wants to look like who she is." That sentence subtly shifts the lamentable thing from how Renee Zellweger looks, which might be deemed superficial, to how Renee Zellweger looks like she feels about how she looks, which is meant — sincerely, I think — as compassionate. It's also a surprising thought, given that not wanting to look like who she was essentially defined Bridget Jones, whose diary is all about weight loss and getting a boyfriend.

In any event, if I follow the logic, it's that it's sad to see an ordinary-looking actress succumb to pressure to conform, in this case not because of the way Zellweger actually looks, but because the motives Gleiberman ascribes to Zellweger the actress (rejection of self) are inconsistent with Bridget the character. He seems to find Bridget more confident and self-assured than I ever have, but again, let's go with it.

Here's the thing: Actors change how they look all the time. They go blond. They go brunette. They shave their heads. They grow weird mustaches, they grow long beards and shave them off, they gain weight and lose weight, they pierce things and get terrible haircuts. Men go from wiry to jacked and back. Zac Efron massively changed his image from a slender, nonthreatening teen wiggle-dancer to a scruffy brooder who could play a Marine. Joaquin Phoenix is often unrecognizable compared to when last you saw him, depending on when last you saw him. Emma Stone already has an entire career's worth of looks in her past.

It's a lot to assume a substantial change in appearance, because it involves the face, can only be the result of "the rejection of the self." It's also a lot to assume that however different you think an actress looks, that's how different she means to look — that if you cannot recognize her, she has chosen to be unrecognizable. (For the record, if it matters, I don't happen to think Zellweger looks much different at all in the trailer from what I would expect an older Bridget to look like. I did think she looked different a couple of years ago, but people have all kinds of experiences, from beauty treatments to medication, that temporarily change their look.) It would be one thing to say, "Zellweger's current look doesn't fit Bridget." It's quite another to say, "I conclude that she's doing this because she's rejecting herself, and rejecting herself doesn't fit Bridget."

But ultimately, to place this much of Zellweger's appeal in her physical face anyway, particularly through this pretty-but-in-a-not-that-pretty-way lens, is assigning to ourselves a different relationship to her physical self than we probably ought to have. Actresses can change their faces if they want to, exactly as they can tattoo their bodies. They owe us nothing. It's misdirection, I think, to analyze Zellweger's self-worth as if she's old insecure Bridget, crying on the couch again. If this is wrong for her because we are concerned for actresses' well-being, then it's equally wrong for an actress who's playing an action hero or a glamorous goddess. But if it's wrong because she owes us her 2001 face so that we can have pinchable-cheeked Bridget Jones the way we remember her, I don't think that's how faces work. Yours is yours; you may do with it as you like, and she may also. You then go to the movie or do not, but she doesn't owe anyone any specific appearance at all.

Moreover, I'm not sure it's more insidious (his word) to change your appearance substantially than it is to, as Gleiberman puts it, "nip and tuck" to avoid the appearance of aging and stay precisely as you are? Aging invites the rejection of the self in the sense that it's that same self, after all, that determinedly changes its appearance unless you intervene. Accepting that aging is natural requires accepting that a person whose appearance does not change because of constant maintenance is not automatically more or less engaged in self-acceptance than someone who shows up with an entirely different nose. Choosing to push back against the naturally emerging visual manifestation of yourself — grayer, perhaps, or with more wrinkles — is certainly no less emotionally fraught for many people than choosing to push back against the current version of yourself by coloring your hair or getting a tattoo or plumping your lips. People change how they present; it's deeply personal.

A lot of people who lament cosmetic procedures in Hollywood say that they are — and in fact they consciously are — trying to take up for actresses who feel forced into it. And to them I would say this: If that's the issue, even assuming you're right, you'll do more good by directing the anger at the problem, not at what your own analysis suggests the people affected by it do to survive.

Perhaps it's vanity. Perhaps it's pressure. Perhaps all that nipping and tucking that we don't notice and dismiss as normal upkeep has blinded us to what it really looks like when actors age. How sure are we that we know what aging looks like in all cases? Have you ever been to a high school reunion?

No one wants anyone to feel forced into a rejection of the self. Still, the narrower we make the path that a pretty/ordinary or pretty ordinary woman has to walk — engaged in constant but undetectable upkeep, naturally gorgeous but possessed of a mole or a crooked smile or something else that tells us she might have been next to us in the yearbook — the more, not less, brutal this entire business becomes.