Accessibility links
Did Taxpayers Pay For President Obama's Campaigning For Hillary Clinton? For purely political trips, a campaign reimburses the government for use of Air Force One. But trips that mix business with campaigning are murkier, rules-wise, and who pays is more opaque. 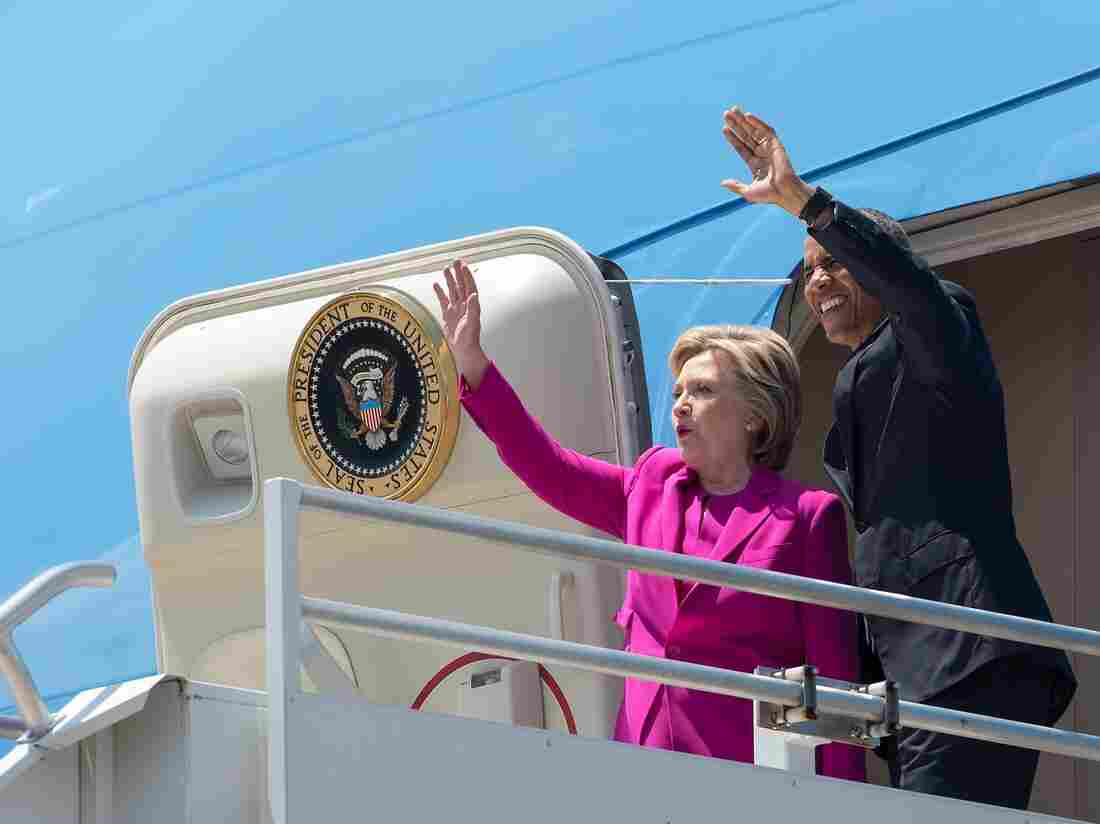 President Obama and Hillary Clinton walk off Air Force One in Charlotte, N.C., to attend a Clinton campaign event. The costs of that flight will be repaid by the Democratic National Committee. Nicholas Kamm/AFP/Getty Images hide caption 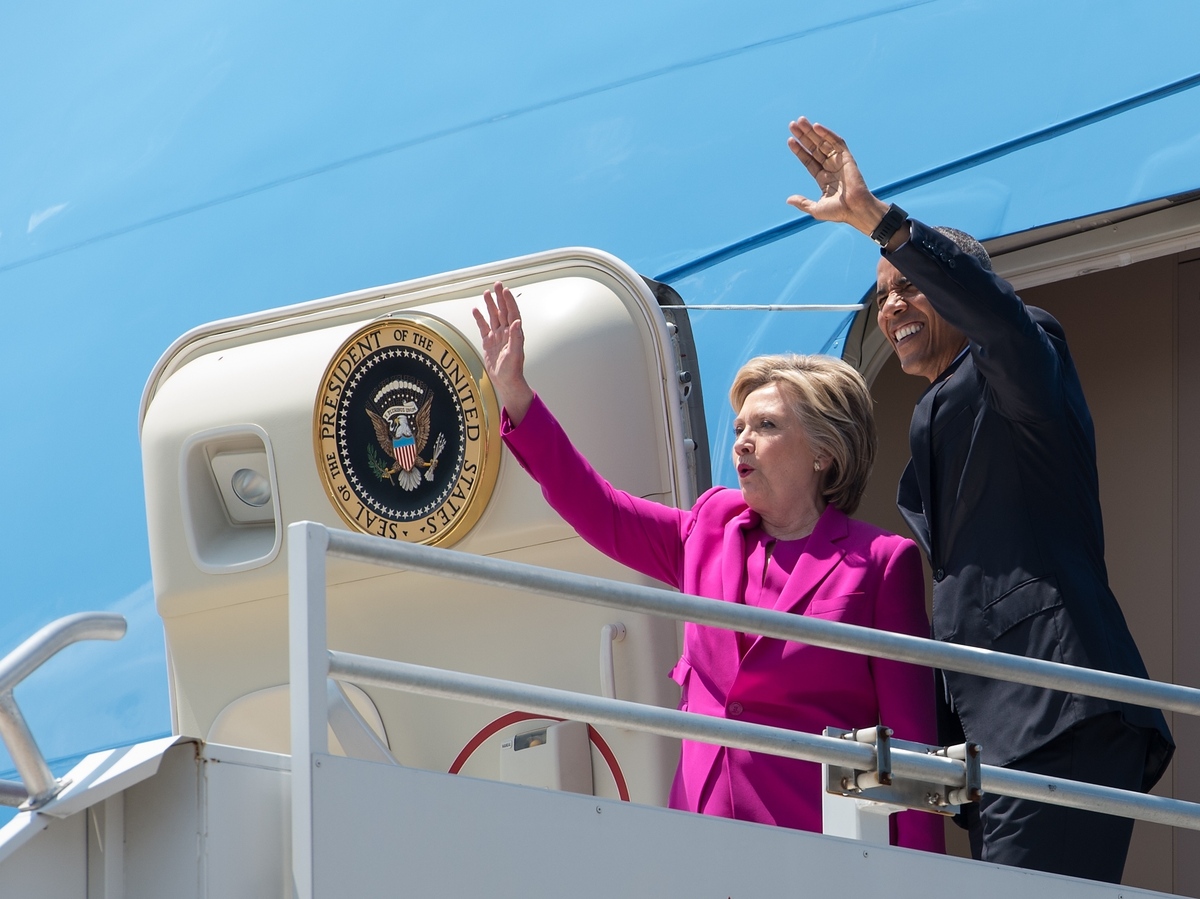 President Obama and Hillary Clinton walk off Air Force One in Charlotte, N.C., to attend a Clinton campaign event. The costs of that flight will be repaid by the Democratic National Committee.

Air Force One: Who pays?

That's the question a lot of people were asking after Hillary Clinton hitched a ride to Charlotte, N.C., this week with President Obama for their first joint campaign appearance.

While it's unusual for an incumbent president to campaign actively for his would-be successor, the question itself is not new. It's been raised before whenever presidents travel for their own re-election campaign or on behalf of House and Senate candidates and campaign committees.

"There are payments that are made by the [Democratic National Committee] to the federal government anytime the president is traveling for political purposes," White House spokesman Josh Earnest told reporters, who were also flying aboard the presidential 747. "Those rules apply both for routine fundraising trips but also when Secretary Clinton is aboard Air Force One."

The rules allocate a portion of the flight costs to the DNC or the Clinton campaign. But they do not cover the full cost of operating Air Force One, estimated at $206,337 per hour. (It should be noted, that precise hourly rate is an Air Force accounting fiction of its own.)

Reimbursement rates are based on what it would cost to charter a plane to carry only campaign travelers. According to the FEC regulations, this plane "need not be the same size as the government-operated aircraft actually used. ... For example, a significant portion of Air Force One may be occupied by personnel and equipment mandated by national-security requirements and other needs associated with the office of the President, not the campaign."

In practice, reimbursement rates might be based on what it costs to charter a smaller Boeing 737, which is cheaper to operate than Air Force One.

Prior to 2009, political reimbursement rates were even cheaper, based on the cost of commercial airfare. So the Obama re-election campaign paid a higher reimbursement rate in 2012 than the Bush re-election campaign did eight years earlier. Commercial airfares are still used to calculate the costs paid by journalists traveling aboard Air Force One, unless there's a separate press charter, in which case journalists pay the full cost of that plane. Campaign rules also spell out an alternative reimbursement rate that candidates can use for government aircraft on which the public is allowed to travel for a published fee.

Because the Charlotte trip was purely political, the Clinton campaign will pay the full reimbursement rate. When trips include a mix of politics and official business (a distinction that's sometimes fuzzy), costs are allocated accordingly, though the formula for doing so is somewhat opaque.