Accessibility links
FOJBI Friday: Meet Karl Smith, The Typewriting Tale Teller Joe Palca's not the only fan of big ideas in science. Karl Smith can't get enough of science storytelling, whether in his podcast or in his 10-cent stories for kids. 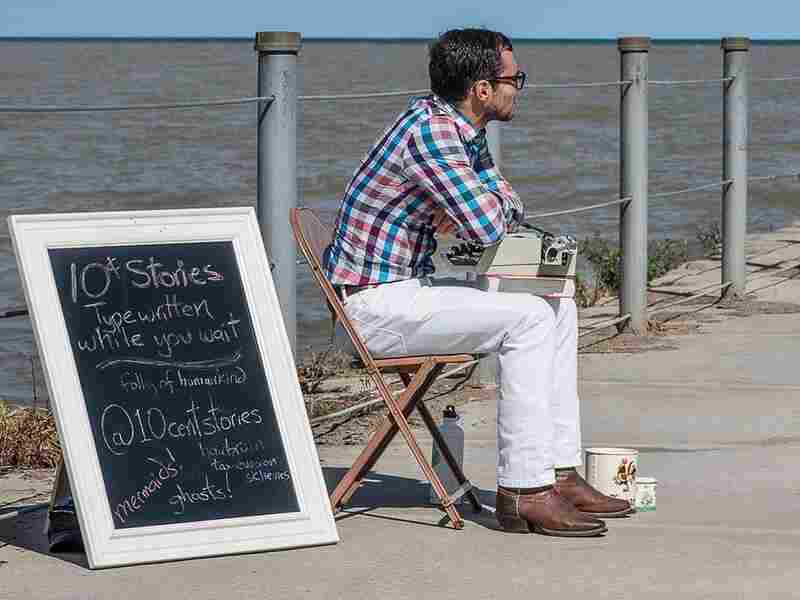 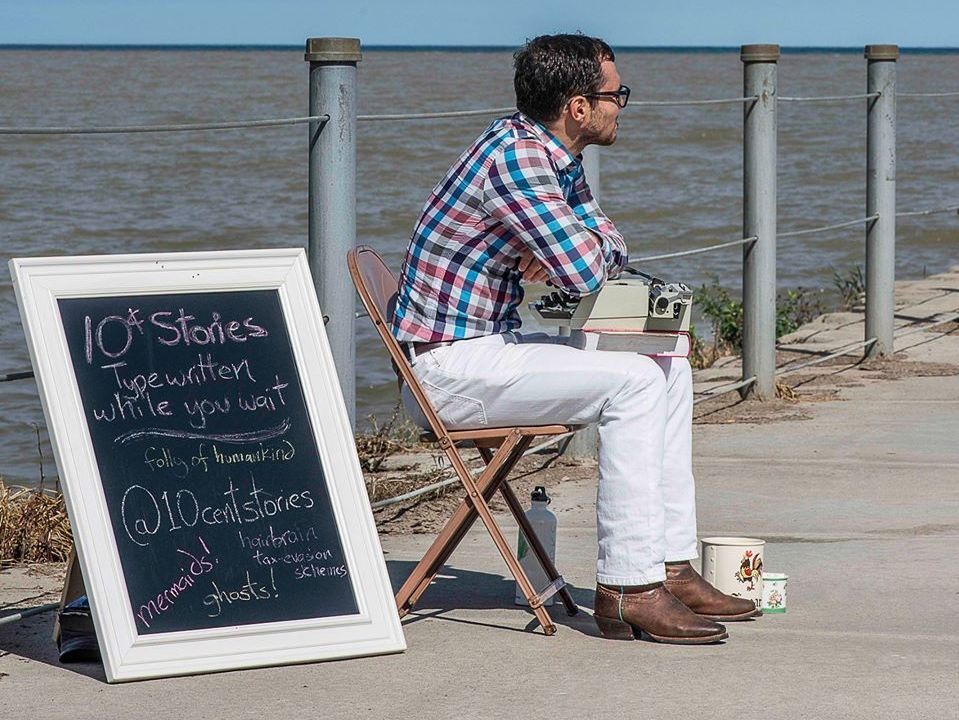 The "Friends of Joe's Big Idea" is a vibrant community of talented people we think you should meet. With our feature, FOJBI Friday, we're introducing some of these cool communicators of science in their own words. This week: Karl Smith.

I'm a fifth-year biophysics doctoral candidate at the University of Rochester, where I study porous ultrathin silicon membranes. At the moment I'm taking a brief break from my research to be an American Academy for the Advancement of Science Mass Media Fellow at the Manhattan office of Scientific American.

I love science communication because it's both hard and important. People need to be told what scientists have discovered and what it means for their lives, but to do that well requires balancing the storytelling needs of journalism against objectivity and sober contextualization. Also, I personally find scientists to be generally fascinating people to write about and hear from.

Along with my co-producer Madeline Sofia, I created The Bench Warmer's Podcast, which tells stories of misadventures and victories in science using interviews with current and former graduate students. I think the stories that don't often get told about science — the scoops, the failures, the dead ends, rewrites and rejections — are just as important to tell as the wild success stories. Not only that, but I think we short-sell our successes by not highlighting how rare they are. So, in the podcast, Maddie and I ask questions like "What's the most expensive thing you ever broke in lab?" and "Have you ever embarrassed yourself by dislocating your knee while singing karaoke onstage in front of hundreds of your scientific peers and possible future employers?"

I also write 10-cent stories for children at the Rochester Museum and Science Center and at a few other places around Rochester. The children give me a prompt and in five minutes I use my typewriter to type them a tale. I've been doing this for about three years now, and I've written well over 800 stories. Sometimes the stories have a STEM bend to them, like this one, but sometimes they're just stories, like this one. I love this project for a lot of reasons, but most of all because it lets me make the world a stranger, more whimsical place.

I've only been at my fellowship for a few weeks, so I'm still deciding if I want to be a science journalist or if my plans lie elsewhere. This is a time of great flux for me, so I don't know yet where I'm heading. But I'm enjoying figuring it out.