Accessibility links
LISTEN: Obama's Growing Frustration After Fatal Police Shootings After saying "this could have been my son" after Trayvon Martin's death in 2012, the president's calls for action grew stronger over the years.

"I said that this could have been my son." 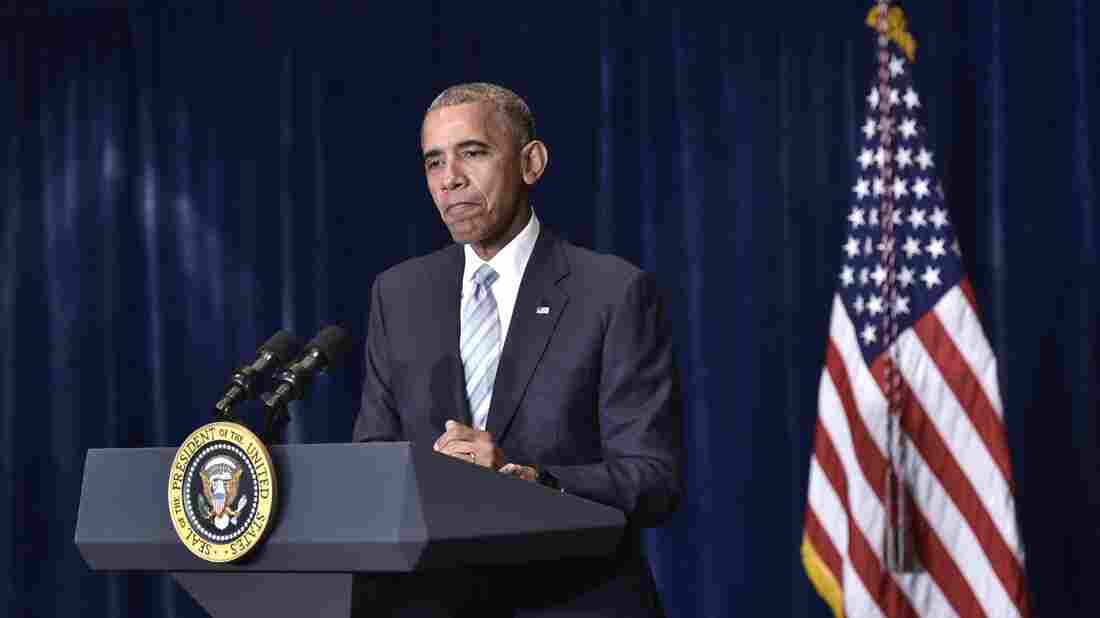 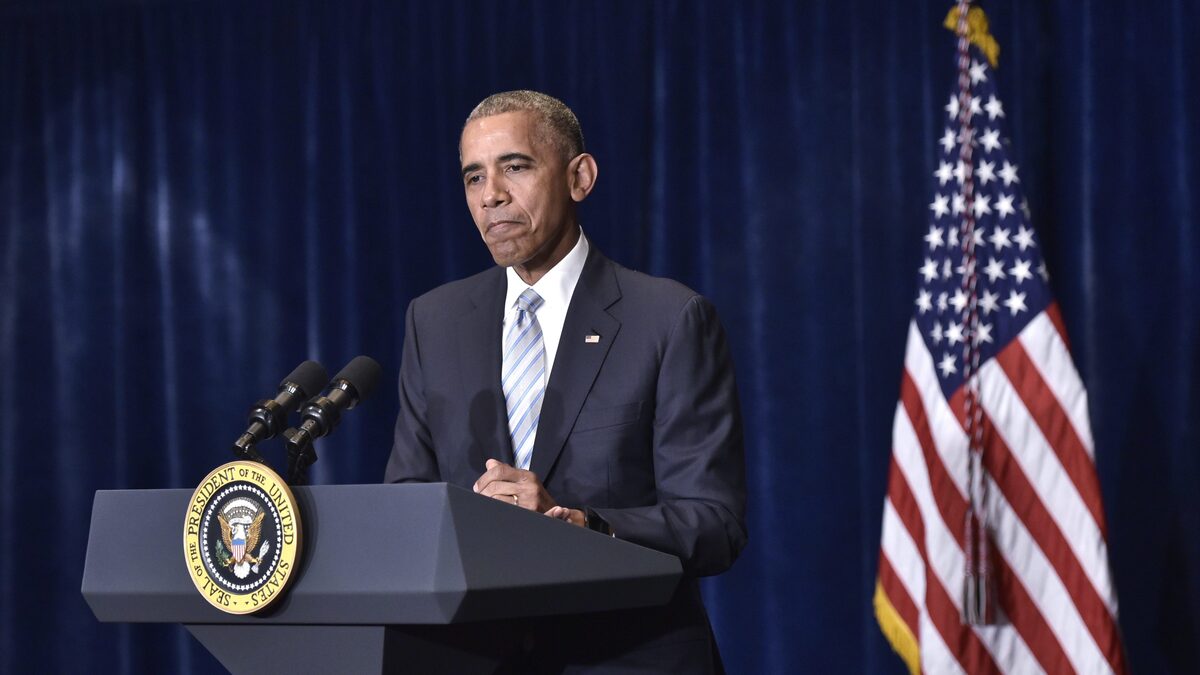 While in Warsaw, Poland, for the NATO summit, President Obama condemned the shootings that killed five police officers and left seven injured in Dallas. He said there was no justification for such a "vicious, calculated and despicable attack on law enforcement" and that it's a reminder "of the sacrifices that they make for us."

The shooting attack occurred during a peaceful protest following the deaths of Minnesota's Philando Castile and Louisiana's Alton Sterling. Both men were shot and killed by police this week. And both incidents were (at least partially) caught on camera, fueling a discussion of police brutality across America once again.

"There's a big chunk of our fellow citizenry that feels, because of the color of their skin, they're not treated the same. And that hurts," Obama said of the killings of both Castile and Sterling.

But these were not the first times Obama has spoken out on fatal shootings that have involved African-Americans and police. He's made similar remarks throughout his tenure that reveal his growing frustration to address not only the lack of trust between law enforcement and communities of color, but the deeper issue of race relations in America. Hear some of his previous remarks below:

Seventeen-year-old Trayvon Martin was shot and killed by Florida neighborhood watch volunteer George Zimmerman in February 2012. President Obama spoke after a jury found Zimmerman not guilty of second-degree murder. Obama drew connections to his own experience as an African-American male.

"I said that this could have been my son."

Following a grand jury's decision to not indict Ferguson, Mo., police officer Darren Wilson in the death of 18-year-old Michael Brown in August of 2014, several protests erupted across the state. Many of those protests were peaceful, but instances of violence and looting occurred. After denouncing those non-peaceful protests, President Obama pointed out that America had a broader problem to address.

"Ferguson speaks to broader challenges that we still face as a nation."

"We need to recognize that the situation in Ferguson speaks to broader challenges that we still face as a nation. The fact is in too many parts of this country a deep distrust exists between law enforcement and communities of color."

Just one month after a grand jury's decision to not bring charges against the police officer involved in Michael Brown's death, a grand jury in New York also decided there was no probable cause that a crime was committed by NYPD officer Daniel Pantaleo in the death of Eric Garner. During the 2014 White House Tribal Conference, President Obama showed his growing frustration on the issue of excessive police force.

"And as I said when I met with folks both from Ferguson and law enforcement and clergy and civil rights activists, I said this is an issue that we've been dealing with for too long and it's time for us to make more progress than we've made. And I'm not interested in talk; I'm interested in action. And I am absolutely committed as president of the United States to making sure that we have a country in which everybody believes in the core principal that we are equal under the law."

The following year, 25-year-old Freddie Gray died a week after sustaining neck injuries after being taken into custody by Baltimore police. Protests erupted in Baltimore, which led to some violence. Pretrial motions are currently underway for the fourth officer charged with manslaughter, assault, reckless endangerment and misconduct in the death of Gray. Two other officers in the case have been acquitted. Three weeks after Gray's death in April of 2015, President Obama held a press conference to address the situation in Baltimore, stating that it's not just the police departments that needed to change.

"But I think we as a country have to do some soul searching."

Most recently, President Obama delivered a statement on the fatal shootings of Alton Sterling and Philando Castile while visiting Poland for the NATO summit. He responded using statistics to show the disparity between the number of African-Americans and whites killed by police.