Accessibility links
'I Write About Awful People,' Says Gay Talese "I'm a little bit drawn to what is forbidden," Talese adds, and he draws readers along with him in his latest book, The Voyeur's Motel, based on the journals of an innkeeper who spied on his guests. 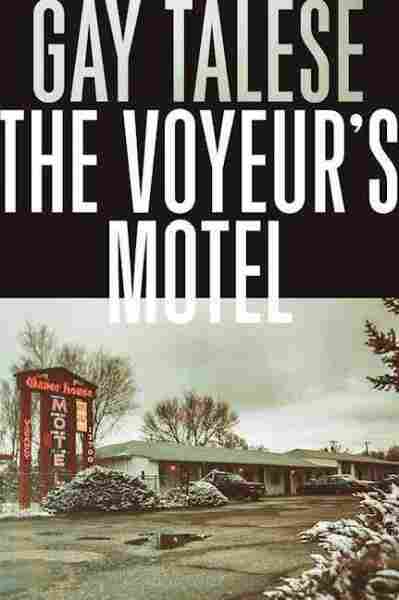 Journalist Gay Talese has never shied away from controversial topics. He took on the mafia in Honor Thy Father and dove deep into America's sex life in Thy Neighbor's Wife. But even Talese paused when he first heard about the Manor House Motel in Aurora Colo., back in 1980. Innkeeper Gerald Foos had outfitted his motel with a special platform which allowed him to spy on his guests — and he invited Talese to take a peek as well. Talese, a man of seemigly insatiable curiosity, did just that. But Foos demanded anonymity, so Talese decided not to write about the experience. Until now.

His new book The Voyeur's Motel is based on Foos' journals, and Talese is already on the defensive about it. Last week, after the Washington Post unearthed some discrepancies in Foos's story, Talese disavowed the book — then quickly changed his mind and now says the Post was wrong, and he stands by his story. He tells NPR's Lynn Neary that he was very upset when the Post initially confronted him, because "for 60-some years, I'd been a reporter who took pride in getting the facts right, and I was now told I got the facts wrong."

Talese: No I don't. ... He admitted that he saw this woman being strangled. And Foos is a former football player, hefty guy, big guy, muscle. He didn't do anything to help her, he stayed in a cowardly way up in the attic. I thought, "This is the worst thing I can write about this guy ... No one who ever reads this book is going to ever, ever have any sympathy for him because he's showing himself a coward."

Lynn Neary: But you didn't report it either.

Talese: That's true. That's true. And I am vulnerable to whatever you or anyone else wants to say. I didn't do it. How do I justify this to you or to anybody? Well, as a reporter, I protect sources. I once dealt with the mafia for six, seven years. I protect sources. I was dealing with killers and I wasn't calling the cops. My whole life, though — not to justify it, but let me tell you — has always been, I'm less a person than a reporter. I keep secrets. I respect when people tell me it's off the record, it's off the record. And I was off the record for 32 years with this voyeur, Gerald Foos. I kept my word to the voyeur, who was a despicable guy. But I've dealt with despicable people, including killers and the mafia before. I've been through this. That's no excuse, but that's the way I am.

On how the book turn its readers into voyeurs themselves

You feel like a voyeur, but I tell you, I was a voyeur before I met Gerald Foos. Reporters are voyeurs. I also felt as a boy so curious about people — I was born in a very strict Catholic background. My Catholicism is not today what it was in the postwar 1940s. [It was] filled with guilt and censorship, because the church — my church, my boyhood church — fostered censorship. You shouldn't read this, you can't read that dirty book, you can't think this ... that's my world. It's not a good world, but it's what formed me as a curious person. And maybe also some appreciation for a negative light because we all aspired to be living in a heavenly light when I was a boy, an altar boy. And so the devil kind of attracted me because it was part of nature that was being censored or I was being advised to stay away. And I didn't stay away because I'm a little bit drawn to what is forbidden. That's not a good defense, but that's me.

On whether, having dealt with Foos, he developed a dark view of humanity

That's true, but ... that's been true of me long before I met the voyeur. Thy Neighbor's Wife, I was worse off than I am now. I was a reporter of the darkness of our democracy and I was vilified, OK? I'm not the first. ... But this is the voice of free America. First Amendment. You can write about awful people and I write about awful people on many occasions. I want to report the dark side, because, I mean, I just choose the wrong people — to most people's opinion, but to me they're the right people. So I have a problem: It's communicating to a polite audience and justifying what it is that I want to write and how I go about it. And I do get close to my people. I mean it's true, I get close, but that's all I can tell you.