Accessibility links
Police Shootings Of Black Men Aren't Special. And That's What's So Sad After a week of violence and death, Youth Radio's Soraya Shockley ponders how to move forward despite the sadness and anger. 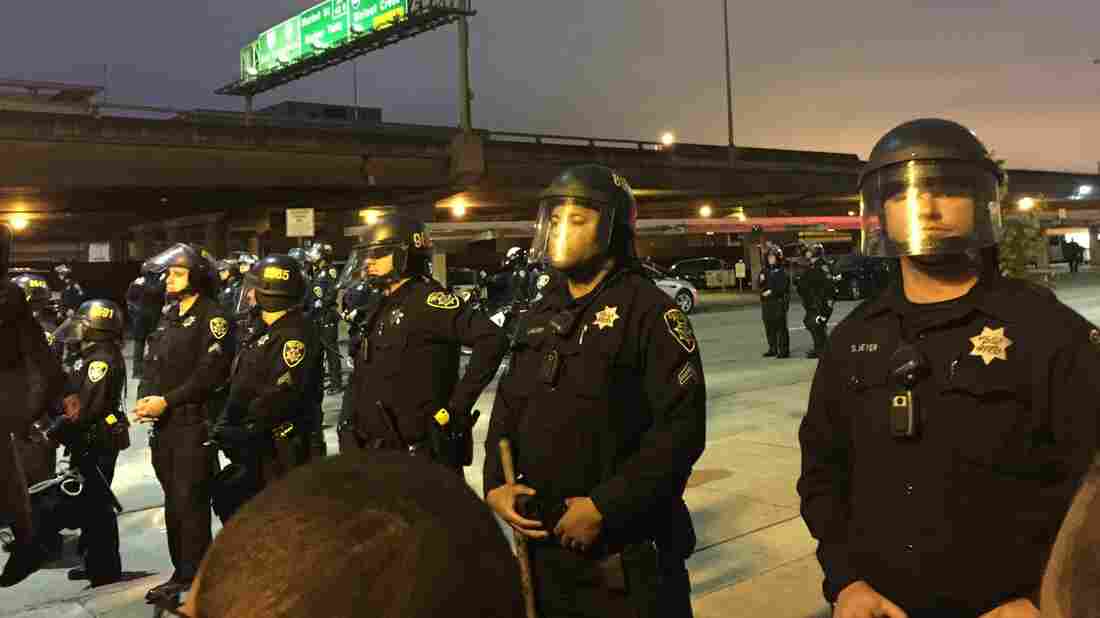 Police officers in Oakland, Calif., line up across from demonstrators on July 7 as protesters marched against police shootings in Louisiana and Minnesota. Amanda Agustin/Youth Radio hide caption 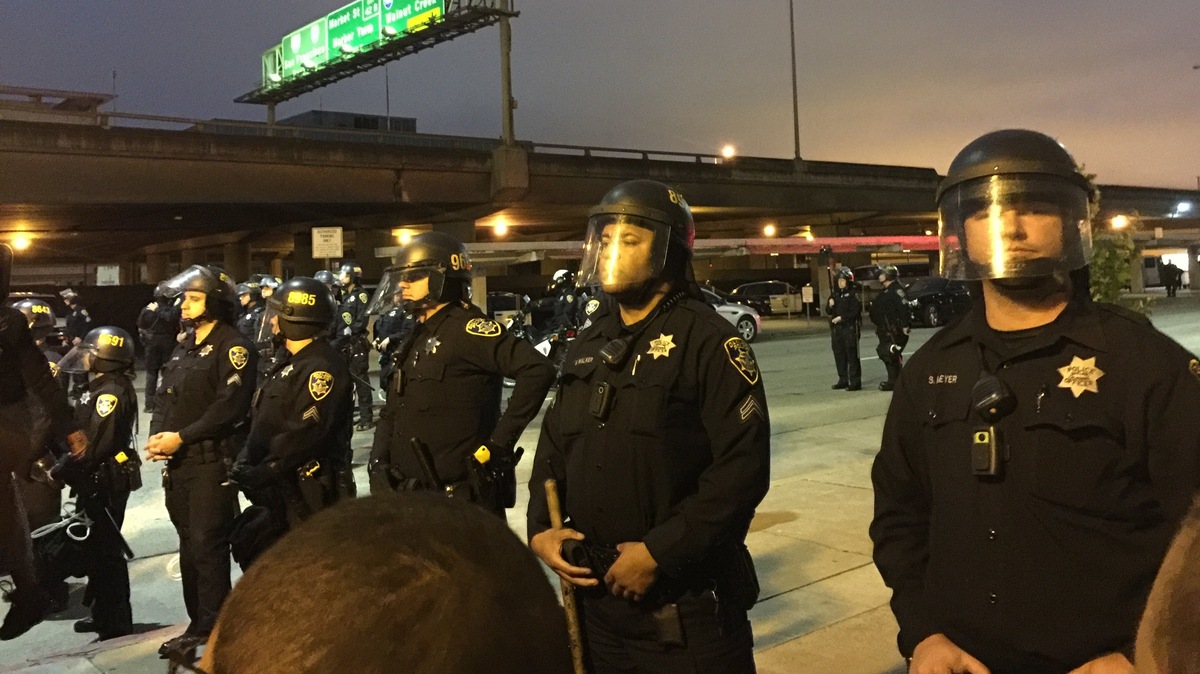 Police officers in Oakland, Calif., line up across from demonstrators on July 7 as protesters marched against police shootings in Louisiana and Minnesota.

On Tuesday, in Baton Rouge, La., 37-year-old Alton Sterling was shot by police. The next day, in Falcon Heights, Minn., police shot and killed 32-year-old Philando Castile. Both were black men, and videos of their deaths have been watched by millions online.

These two videos aren't special. And that's what's so heartbreaking. What do you do with that information as a black person — knowing that the graphic violent death of these men is not a special circumstance?

Not only has nothing changed between Michael Brown's death in Ferguson, Mo., nearly two years ago and Castile's death last week — in some ways, nothing's changed between these deaths and lynchings.

How is this happening in a country that pretends to be this great, free and equal society? There's this split understanding of what it is to be an American versus what it is to be a black American. At the same time, how is it that I keep on getting tricked into believing that I am part of that society — and not an "other" in that society? 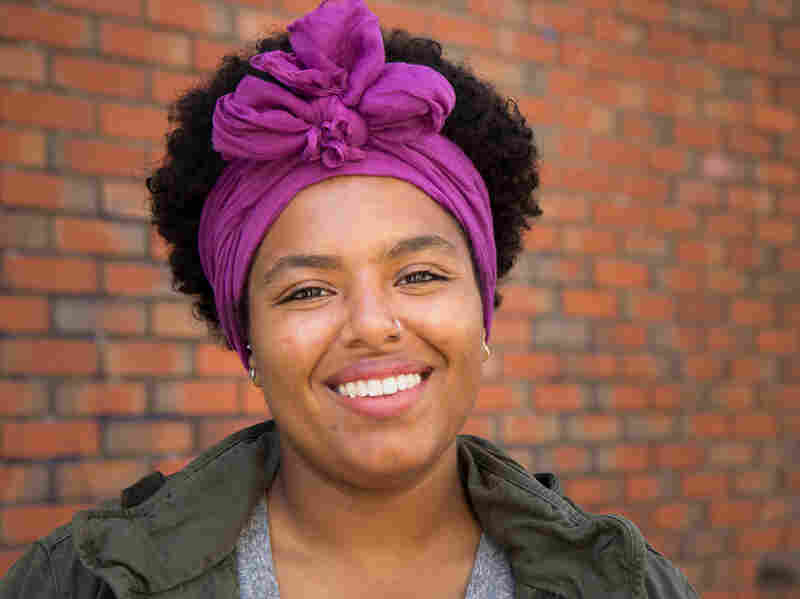 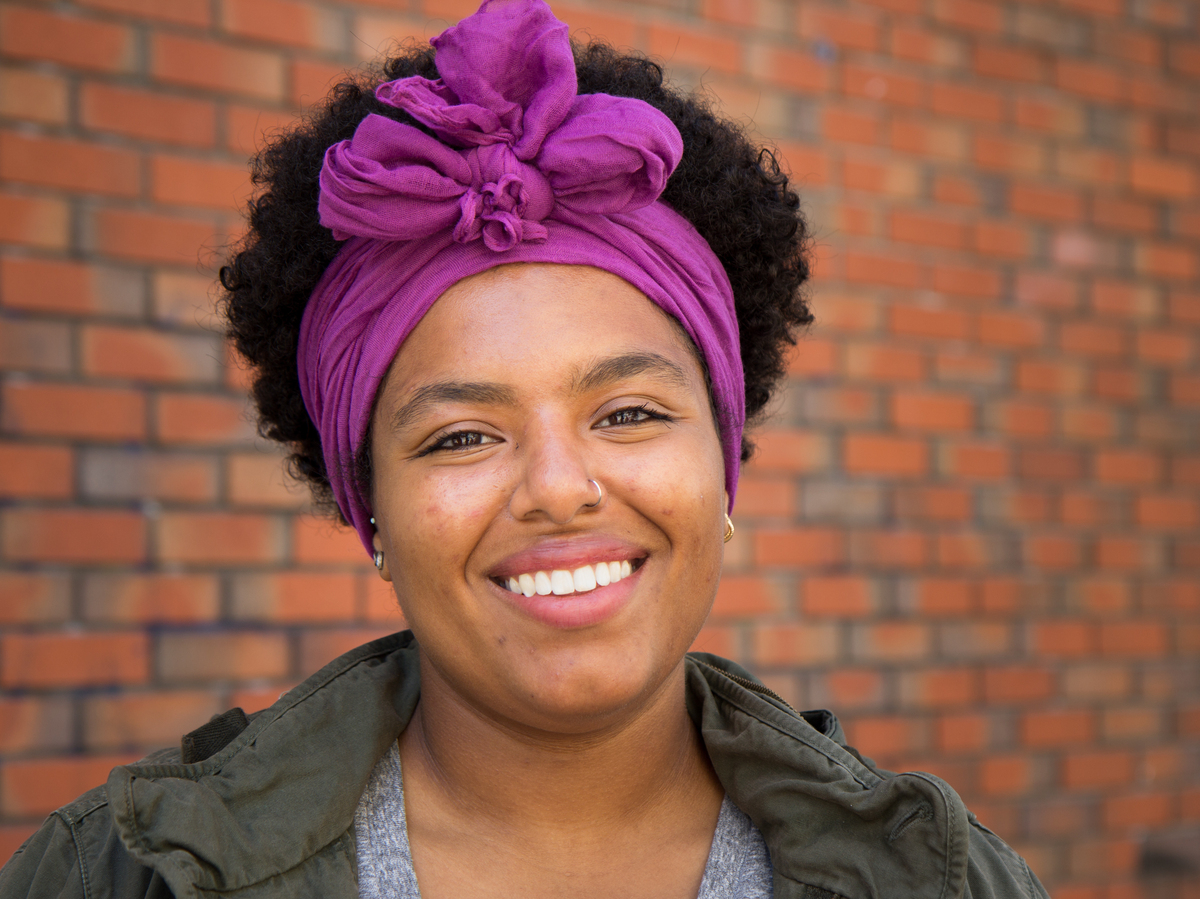 Soraya Shockley is a college student and Youth Radio commentator.

So then the question really becomes, what else is there to do other than to keep moving? You've got to feed yourself. You've got to go to work. You've got to walk your dog. But you do all of those things angry and sad.

Our society has put a bow on civil rights since the 1960s. Voting rights have been passed! Freedom is won! — which is total crap. And I think it's that national lie that we have been teaching young Americans for so long. This lie that we have fixed the issue — when we haven't.

And now we've ended this week, and five more people are dead, in Dallas — this time police officers. There is nothing about those shootings that is acceptable or right or just. But I worry that the two lives that restarted this movement — I fear that their deaths will get swept under the rug.