Accessibility links
2 Brilliantly Written Novels From Mexico Head Up A Wave Of Literary Talent Critic John Powers says there's a boom in good fiction emerging from Mexico. He recommends Among Strange Victims, by Daniel Saldaña París, and The Transmigration of Bodies, by Yuri Herrera.

To judge from our media coverage, you'd think that Mexico isn't so much a country as a problem. But if you look beyond the endless talk of drug wars and The Wall, you discover that Mexico has a booming culture.

In recent years, there's been an explosion of literary talent — from the sly provocateur Mario Bellatin to the brainy and funny Valeria Luiselli. This writing makes most American literary fiction feel pale and cannily packaged.

Much of this work is now appearing in English thanks to today's heroic small presses. In fact, I've just read new novels by two rising Mexican writers whose work you really ought to know. While their books have some qualities in common — both are brief, brilliantly written, and kissed by a sense of the absurd — their different approaches hint at the range of today's Mexican fiction. 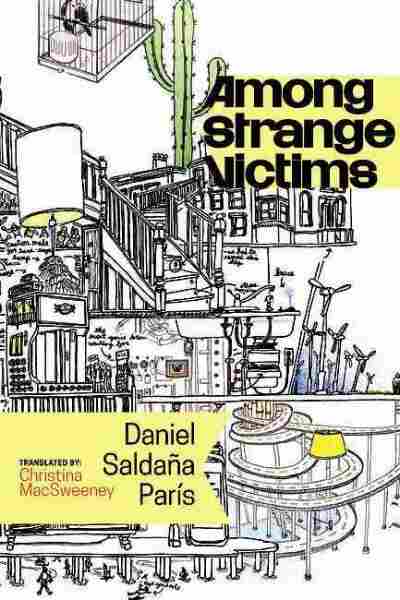 Among Strange Victims, from Coffee House Press, is the first book to appear in English by 32-year-old Daniel Saldaña París. Translated with great verve by Christina MacSweeney, it's a classic slacker novel, a shaggy-dog story about breaking free from the tedium of daily life and finding some sort of aim if not meaning.

The hero is Rodrigo, a 20-something underachiever who's like a much lazier, Mexico City version of Dostoevsky's Underground Man. Rodrigo does piddling work for a museum and drifts into a tepid marriage with a co-worker, Cecilia. Rather than try to change the world or even his life, he kills time being obsessed with the chicken in the vacant lot next to his apartment. He claims that all he wants from life is "to go on complaining about what I see."

But things start to change when he takes his wife to visit his mother in a dusty, sun-battered Mexican university town. There Rodrigo encounters a man even more cynical than himself — Marcelo, an academic hustler from Spain who's wangled a gig doing research in Mexico but cares more about bedding women than doing his book. He's the satirical avatar of what D.H. Lawrence termed "Old Dead Europe."

I won't spoil things by saying what happens after Rodrigo meets Marcelo, except to add that it involves a dodgy American, a gorgeous young woman and weird hypnotic spells. But you should know that the collision of this alienated pair sparks unexpected results. For all Saldaña París' sharp wit, Among Strange Victims is about waking up to the world's brighter possibilities. 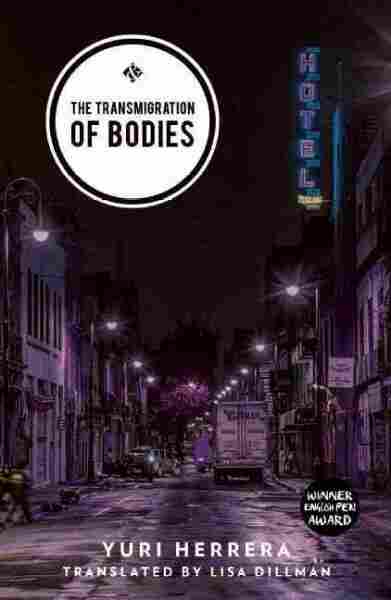 The Transmigration of Bodies

Things are breezier and bleaker in The Transmigration of Bodies, by Yuri Herrera, my favorite of the new Mexican writers, who currently teaches at Tulane University and is published by & Other Stories press.

Herrera's previous book, Signs Preceding the End of the World — which just won his regular translator, Lisa Dillman, a huge international prize — is a flat-out masterpiece whose heroine's eerily surreal journey on the border will blow you away.

The Transmigration of Bodies is simpler, but no less gripping or hallucinatory. Its hardboiled story takes place in an unnamed Mexican city suffering from a mysterious plague that has left the streets almost empty. The hero, known as The Redeemer, spends his time as a fixer. In a very violent city, he's the man folks call in to delay, if not prevent, all the killing.

Here, he gets called by both of the city's main crime families, each of which has had one of its kids grabbed by the other. There's going to be a bloodbath unless The Redeemer can find a way to calm things down.

Helped by his friend The Neeyanderthal, The Redeemer gets to work, flitting between the gangs, dropping into the racy nightclubs where the victims were taken, and shuttling corpses from one place to the next, occasionally pausing to go to sleep with his sexy neighbor known as Three Times Blonde.

For all the book's noir trappings, Herrera is no pulp fictioneer. He writes short, poetic, elliptical books that conjure Mexico in all its brutality, heroism, and unexpected tenderness. He pulls you into mythic spaces that recall everyone from Dante and Dashiell Hammett to Juan Rulfo, who wrote the landmark Mexican novel, Pedro Páramo.

If Among Strange Victims gives us a country whose characters are trapped in their own heads, The Transmigration of Bodies goes straight for the soul. Unsettling and deep, Herrera transmigrates us to a Mexico that feels like a metaphysical condition, a timeless kingdom in which the living are forever dancing with the dead.