Accessibility links
Stakes Are Raised In Sexual Harassment Suit Against Fox News Chief Ailes Roger Ailes has filed countermotions against the sexual harassment suit brought by ex-anchor Gretchen Carlson. Other women, however, are coming forward with similar allegations against Ailes. 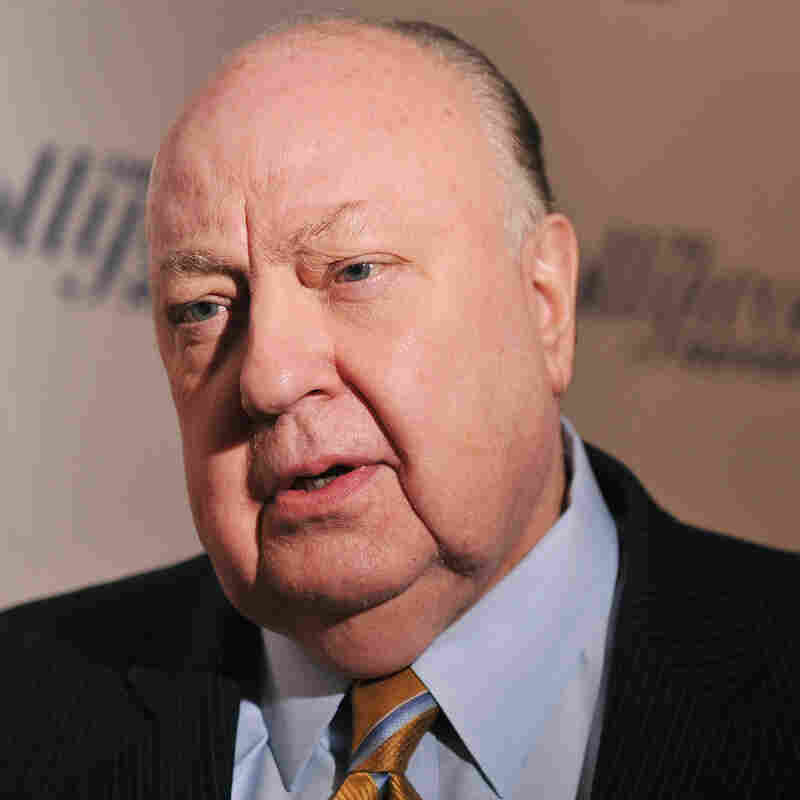 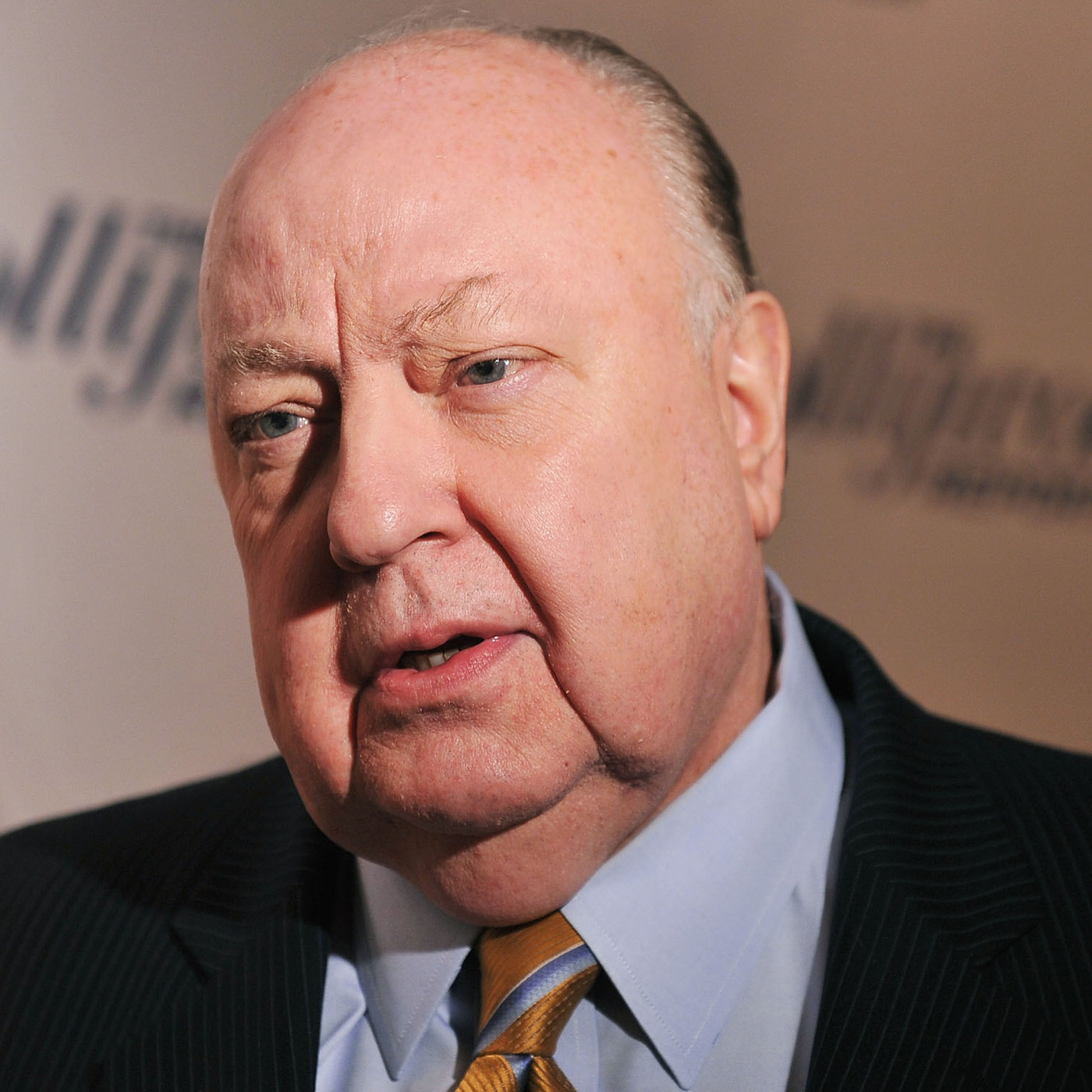 The past few days may mark the moment at which the interests of Fox News and its charismatic chairman, Roger Ailes, diverge from those of its parent company, 21st Century Fox, and the Murdoch family that controls it.

The Murdochs have arranged for an outside attorney to investigate the claims that Ailes committed sexual harassment by demanding sexual favors in exchange for furthering the career of former Fox News host Gretchen Carlson. Carlson said her refusal to yield to Ailes' sexual advances in a meeting last September ultimately led him to oust her from the network in retaliation last month.

The allegations of sexual harassment were contained in a lawsuit Carlson filed in a New Jersey court last week. Over the weekend, six other women came forward with closely tracking allegations, though the two women willing to be identified by name cited incidents that would have occurred decades ago.

Through an attorney, Ailes has denied all the charges, including the newest allegations. He says Carlson is retaliating against him for allowing her contract at the network to lapse late last month. His aides gave to NPR and other news outlets a memo that Fox says Ailes wrote and sent just days after that meeting in which Ailes directed Bill Shine, the senior Fox executive in charge of the network's programming, to develop a prime-time special for Carlson, to promote it — and to check how well it did in the ratings.

Associates of Ailes say that memo shows his decision to drop Carlson had nothing to do with sex and everything to do with ratings. Fox also shared handwritten notes of thanks Carlson sent to Ailes for helping her — and asking for chances to do more.

In addition, Ailes' lawyers filed motions in court arguing that the case should be shifted to confidential and binding arbitration in New York City, as her contract with Fox requires for any dispute. Her attorneys note they did not sue Fox, just Ailes, and say she is not required to enter into arbitration.

The man who made Fox News the success it is

Ailes, 76, is the visionary behind the channel's winning formula. It is an Ailesian alchemy of conservative ideology, fast-paced reporting, highly sexed and confrontational presentation of debate, patriotic fervor and grievance.

Rupert Murdoch is the man who founded it, and he is in the slow process of transitioning the control of the parent company over to his sons. Lachlan and James serve as News Corp. co-chairman and CEO of 21st Century Fox, respectively, and they have little affection for Ailes, who treated them with contempt earlier in their careers.

Even if the language of Carlson's contract does legally oblige her to submit to arbitration, the accusations in the lawsuit and the public fallout could provide the leverage for the Murdoch sons to dislodge Ailes at last.

In parsing Ailes' standing with the Murdochs, it is instructive to consider how they handled previous complaints against prominent figures in their corporate empire.

In 2004, Bill O'Reilly, then and now the network's top-rated star, was sued for $60 million by one of his former producers, Andrea Mackris. She alleged years of sexual harassment, and it's believed she captured him on tape. O'Reilly did not admit wrongdoing, but Mackris was paid a settlement that reportedly reached the high seven figures. While outside lawyers were retained to help defend O'Reilly, News Corp. (the parent company of Fox News before the Murdochs split their holdings into two) did not hire outside counsel to investigate him, according to a former senior News Corp. executive.

In 2009, a former associate managing editor at the New York Post, another Murdoch property, sued the paper's editor-in-chief, Col Allan — a rough-spoken Australian who had been a favorite of Rupert Murdoch since his days as an editor of Murdoch's tabloids in their native country. Sandra Guzman sued over what she said was retaliation for her complaints about racial and gender prejudice. But she also alleged in her suit that Allan had shown photos of male celebrities' penises that he had on his mobile phone to female colleagues, rubbed up against another female colleague and made denigrating remarks about blacks and Latinos. Again, while outside lawyers were retained to defend Allan, no one at News Corp. hired a private law firm to investigate, according to another former News Corp. executive.

That case was also ultimately settled, but not until mortifying incidents surfaced into public view. It turned out that one of the Post's best-paid columnists, another Australian and favorite of Rupert Murdoch, had used a vile racial epithet in claiming a black colleague was merely a token hire. The columnist was simply told never to do it again by the city editor, Jesse Angelo, one of James Murdoch's closest childhood friends. Angelo is now the Post's CEO and publisher.

Neither O'Reilly nor Allan paid a meaningful professional price. Nor did the Murdochs seek a way in which to exact one.

In this instance, the Murdochs can point to the outside review and say they've commissioned the due diligence necessary to affirm Ailes' hold on the job of a lifetime. Or, depending on what's uncovered, they can use it to force him out — previously almost an unthinkable scenario.

More women appear from Ailes' past

The six new women coming forward with complaints about Ailes first spoke to New York magazine this weekend. One of the women, Marsha Callahan, 73, says she was directly propositioned by Ailes nearly five decades ago while he was a senior producer of The Mike Douglas Show.

"At the time I was young and pretty naive and didn't know what to make of it," Callahan, a model at the time, told NPR on Sunday. "You go insane when that happens. You think that I must have done something to make him think he could do this."

Another woman, a public relations executive named Kellie Boyle, told New York that Ailes insisted on sexual favors in exchange for securing her a job opportunity in 1989, while she was a junior Republican Party staffer.

An Ailes associate at Fox News said those incidents occurred decades ago, suggesting they would be unlikely to have been remembered with precision. But she also said those episodes occurred in a different age, when American society had not reconsidered which behavior crossed the line from boisterous to boorish to forbidden.

Callahan rejected that logic, saying she received flirtations but never other propositions during her years of modeling. "The old casting couch, right?" she said. "That's from the '40s."

Additionally, Ailes' private lawyer, Barry Asen, said the accusations from the six women who spoke to New York magazine were false and noted they stretched back decades. "Ms. Carlson and her lawyer are desperately attempting to litigate this in the press because they have no legal case to argue," Asen said in a written statement released by Fox News.

In an earlier era, Rupert Murdoch would simply have stood by Ailes, which he may yet do. There is no clear successor to run the network once Ailes leaves. Shine, the senior programming executive, does not command the same level of respect from the Murdochs, while the former top news executive, Michael Clemente, was recently sidelined by Ailes. James Murdoch in particular is known to favor a model more like the Murdochs' Sky News in Britain, which is lively but less openly political. And the Murdoch sons would like the company to reflect what they believe are more 21st century values.

For many at the network, the idea of Fox News succeeding in Ailes' absence is inconceivable. Ailes cannot hold on to the job forever. He is fighting vigorously to ensure he does not leave the field tainted by scandal. But the decision is unlikely to be his.