Accessibility links
Is Burning Trees Still Green? Some Experts Now Question Biomass Biomass was rising a decade ago as a carbon-neutral energy. But the industry is sputtering as oil and natural gas booms, and some scientists are questioning if it's actually good for the environment. 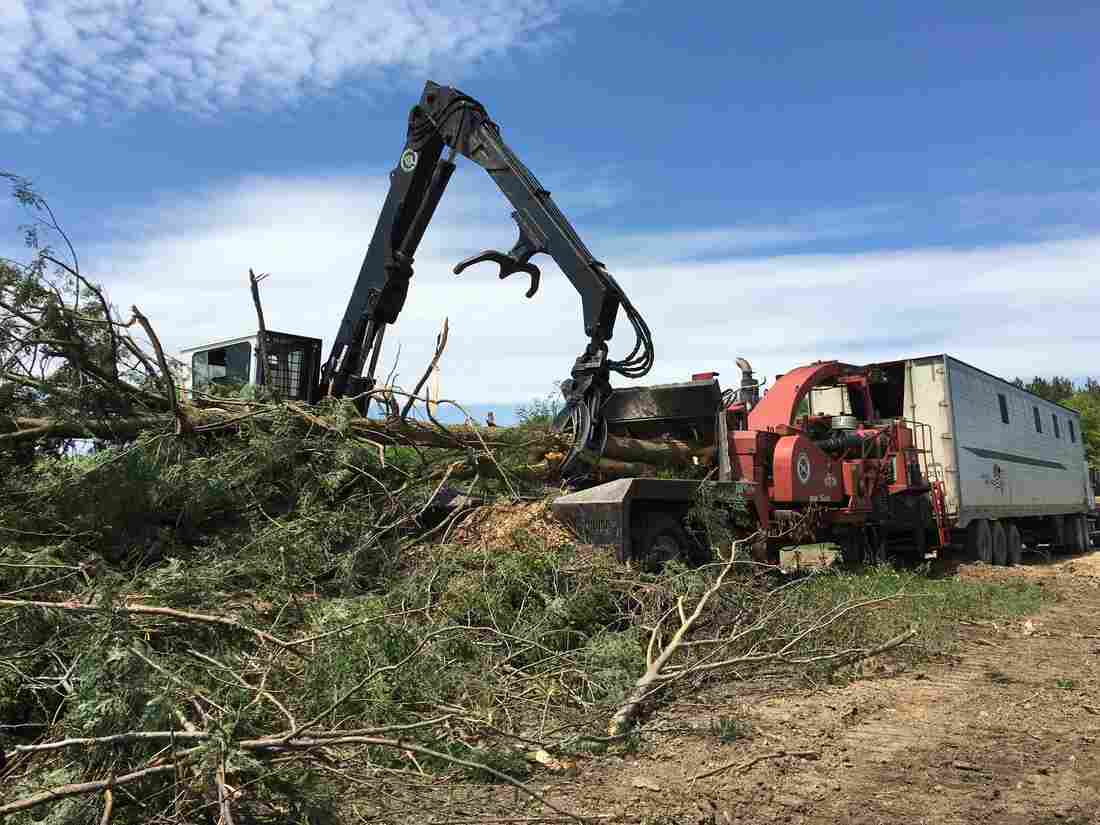 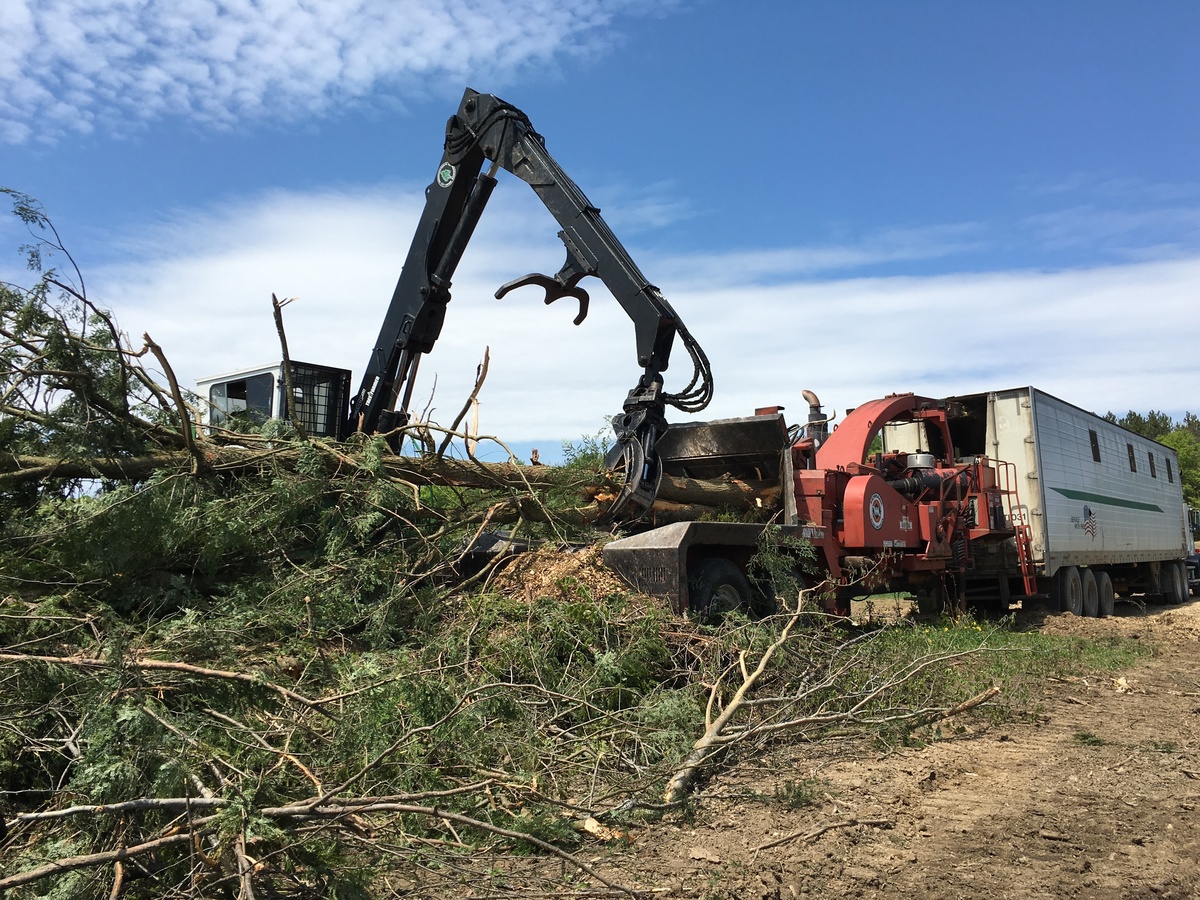 Logger Greg Hemmerich and his crew feed low-value trees into a wood chipper, before bringing the chips to ReEnergy Holdings' biomass plant in Lyonsdale, N.Y.

In northern New York state, logger Greg Hemmerich and his crew are clearing out an old pasture at the edge of a forest.

In other words, it's no good for furniture or paper or sawmills. But he'll make $80,000 to run the wood through a chipper and truck the chips to a nearby biomass plant.

"Everybody said that green power was supposed to be the wave of the future," Hemmerich says. "So I went full in."

In 2015, biomass — which refers to trees or other organic matter burned for fuel — produced more electrical energy in the U.S. than solar panels.

The practice exploded in the 1990s, when oil prices were on the rise, in part because of the idea that biomass was "carbon neutral."

When you burn a tree, it releases carbon gas, which causes climate change. But if you plant a new tree in the old one's place, the idea goes, it'll grow and suck up that carbon.

"So there's not adding any greenhouse gas emissions over the whole life cycle of that species, of that plant," says David Murphy, who researches renewable energy for St. Lawrence University.

Here's where Hemmerich — and the biomass industry as a whole — got blindsided.

The plant where Hemmerich sells his chips has shut down temporarily — it couldn't compete with cheap oil and natural gas.

And now, some scientists and environmentalists are challenging the "renewability" of biomass.

"It's absolutely true that we're becoming, as a whole, a lot more skeptical of biomass's ability to deliver large amounts of electricity in a sustainable fashion," says John Coequyt, director of federal and international climate campaigns with the Sierra Club.

The debate is over how sustainable logging is defined. The industry and many forestry experts insist biomass plants burn mostly forest and farm leftovers.

According to Bob Cleaves of the Biomass Power Association, the operations are using materials like "orchard prunings and rice hulls, tops and limbs from forestry operations, bark, sawdust."

Plants don't have economic incentive to burn anything but low-value material, Cleaves says.

"There's no question that it would be a very different calculation if you were to take mature trees and you were to cause deforestation or cause land use changes in the United States, but that's not happening in the power sector today," he says.

Cleaves says the federal government and 37 states have classified biomass as renewable. But critics tell a very different story.

Searchinger is among 65 scientists who are fighting an amendment in the new energy bill in Congress. The amendment calls biomass "carbon neutral." The scientists say the devil's in the details of each logging operation.

Searchinger says sure, if logging scraps are sitting on the forest floor, send them to the biomass plant. But even low-value trees suck up carbon dioxide.

He says if they are cut down, it'll be decades before new trees will replace them.

"That takes a long time," Searchinger says. "And in the interim, you've actually probably increased the amount of carbon in the atmosphere."