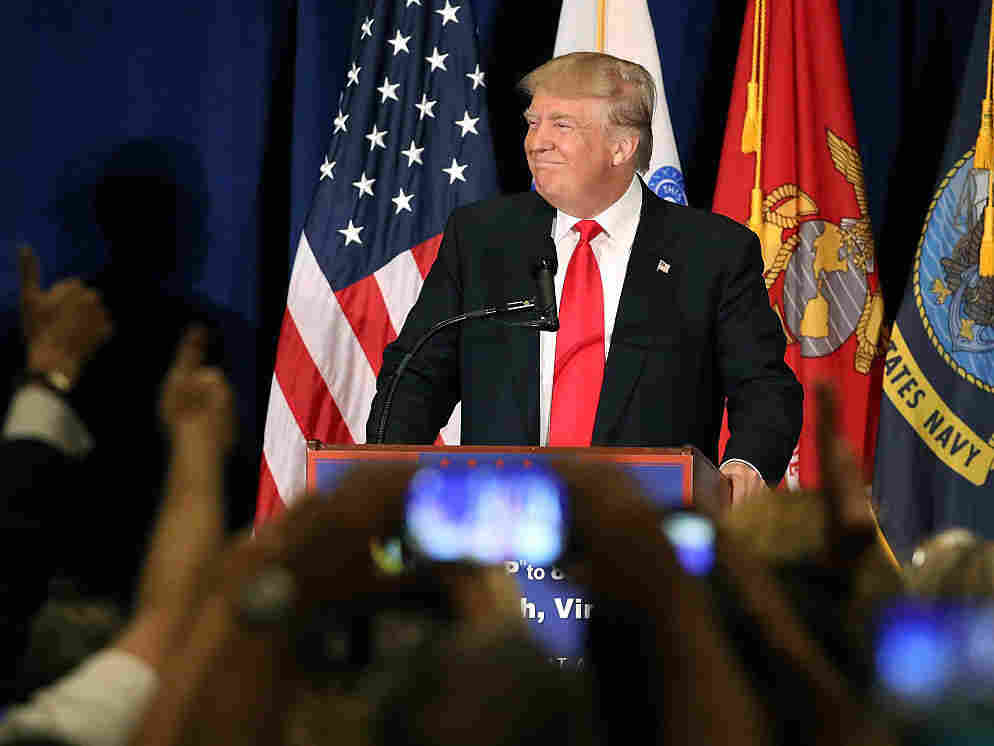 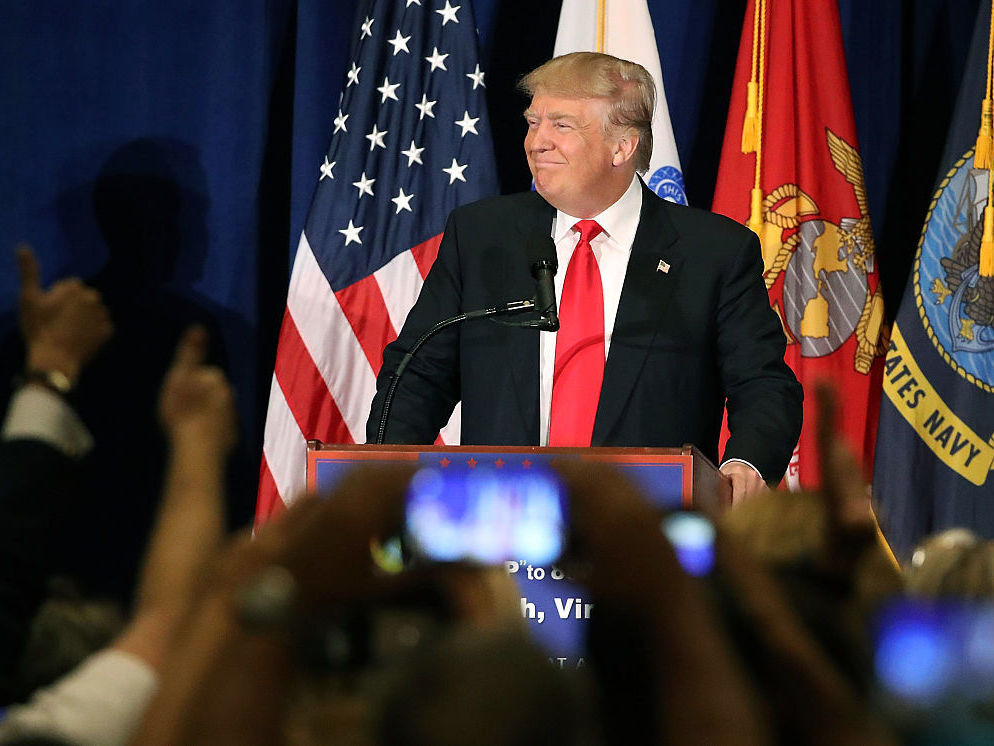 Donald Trump picked a military town — Virginia Beach, Va. — to give a speech Monday on how he would go about overhauling the Department of Veterans Affairs if elected.

He blamed the Obama administration for a string of scandals at the VA during the past two years, and claimed that his rival, Hillary Clinton, has downplayed the problems and won't fix them.

Trump outlined 10 ways he would change the department. In addition to creating a direct hotline to the White House for veterans having trouble with the VA — and promising not to select "a political hack" as head of the agency — he listed several ideas that have been pushed by Republicans recently: increasing the secretary's ability to quickly fire any incompetent or corrupt staff, stopping bonuses for poor performance, and — the big one — allowing veterans to choose a doctor outside the VA system.

Is Trump proposing privatization of the VA?

Short answer: When asked at a news conference in May whether he planned to privatize the VA, he answered "no" — but he said he favored some use of private health care outside VA. That sounds like the $10 billion Veterans Choice program that was set up in 2014. The Choice program has not improved the numbers — more veterans are waiting more than 30 days for an appointment than before the program got up and running.

Very few politicians have openly supported complete privatization. But in his speech this week, Trump said he wanted vets to have the option to see any doctor they choose, in the VA or outside. Without details, it sounds like Trump is proposing a new expanded version of the Choice program, which many in Congress and the VA favor in one form or another.

Long Answer: Trump didn't give specifics, but he did seem to be suggesting that all veterans could go and see any doctor they want, at the VA or outside. That's much broader than the Choice program, which pays for vets to see a private doctor only if they live 40 miles from a VA clinic or they've already waited 30 days for an appointment.

Critics are calling Trump's proposal a voucher program, where vets would get reimbursed by the VA for all their care. They have two main objections. Garry J. Augustine at Disabled American Veterans (DAV) defended the VA as better-quality care for vets.

After Trump's speech, Augustine said in a statement:

"Encouraging all veterans to seek care in the private sector, which lacks the expertise to treat military and combat injuries and illnesses, and which does not typically provide integrated or coordinated care, would lead to worse health outcomes for many veterans."

What also worries traditional veterans organizations like DAV is that the private option would sap resources from the VA system.

Republican Rep. Jeff Miller, chairman of the House Committee on Veterans Affairs and a Trump supporter, says the VA fears that it can't compete fairly with private care.

The agency seems averse to letting veterans make that choice, he told NPR in a recent interview: "They think that they will flee with their feet — the system as we know it today will atrophy."

The other issue with Trump's broad proposal is the price tag. According to the nonpartisan Committee for a Responsible Federal Budget, Trump's plan to reimburse vets for visits to any doctor they like would cost half a trillion dollars over 10 years.

Hillary Clinton's campaign surrogates attacked Trump's plan even before he announced it on Monday — Democratic Reps. Seth Moulton and Ruben Gallego, both Iraq veterans, went through a greatest hits of Trump's past offensive statements toward veterans (like when Trump insulted former POW Sen. John McCain, or when Trump compared his risky sexual activity to a tour in Vietnam).

Moulton said Trump's plan was too costly and would stress both the VA and the private health care system. He said, "If you just do the basic math and you check a little bit of recent history, you'll find that it won't serve our veterans at all."