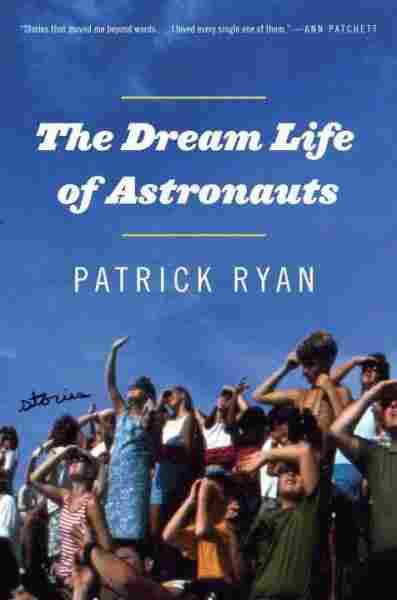 The Dream Life of Astronauts

The middle of summer is when the surprises in publishing turn up. I'm talking about those quietly commanding books that publishers tend to put out now, because fall and winter are focused on big books by established authors. Which brings us to The Dream Life of Astronauts, by Patrick Ryan, a very funny and touching collection of nine short stories that take place in the 1960s and '70s around Cape Canaveral, Fla.

References to the space program appear in almost every story here; so do mentions of Watergate and "classic" TV shows like Kojak and Ironside. But, these short stories are so much more than just kitschy little grab bags of vintage allusions.

In some profound way, every one of the characters in The Dream Life of Astronauts has failed to lift off in life. They're dud rockets, fizzled-out fireworks, and, yet, Ryan — our author at the helm in mission control — doesn't let us readers give up on them. Instead, he pushes every button here to make sure that we root for these screw-ups, stranded out on their launch pads under the Florida sun.

The title story, "The Dream Life of Astronauts," is the best new short story I've read in light years. It opens in a public library on Cape Canaveral where former astronaut Clark Evans is giving a talk on his NASA career to a small audience of five lost souls.

Evans sounds and looks the part of a rocket man, except he never quite made it into space due to, as he says, "NASA politics and whatnot." These days Evans works as a real estate agent, sporting business cards that read: "I'll travel the galaxy to meet your needs."

Another terrific story about a teen is called "Miss America," in which a pretty high-school girl named Dani tags along with her more reckless friend to meet a guy who claims to be a powerful talent scout, with clients appearing in TV commercials and beauty pageants.

When the girls drive up to his house, the door opens and Dani tells us she sees: "[A] man who's around my stepfather's age ... He looks a little like the guy who cuts keys at the hardware store. ..."

This entire short story collection is filled with phrases like that one: not showy, but fresh and spot on. Similarly Ryan's stories usually start off with mundane situations and then boldly go into the depths of emotional deep space.

Take the first story, "The Way She Handles." It's narrated by a grown man who's remembering the summer of Watergate, when his parents were splitting apart and his mom's hippie brother, Robbie, came to stay with them. Although the boy couldn't know it at the time, his dad is scared about what's happening to the family and, so, he's impatient with his loopy brother-in-law, who's talking about maybe pursuing a career as a music therapist.

"See, here's what I'm a little cloudy about, " my father said. What exactly is music therapy? ..."

"You ever get into a bad mood," [Robbie asked] "and then you hear a song, and for whatever reason it's just the right song to pull you out of that mood and set you down on an oasis?"

Overhearing that conversation, we readers don't need to be told that tension is running high in that household; indeed, after that summer, everyone in that family will spin off into separate orbits.

The Dream Life of Astronauts is a wry and smart collection — a beam of intelligent life from an author who clearly likes to probe the outer edges of the familiar.