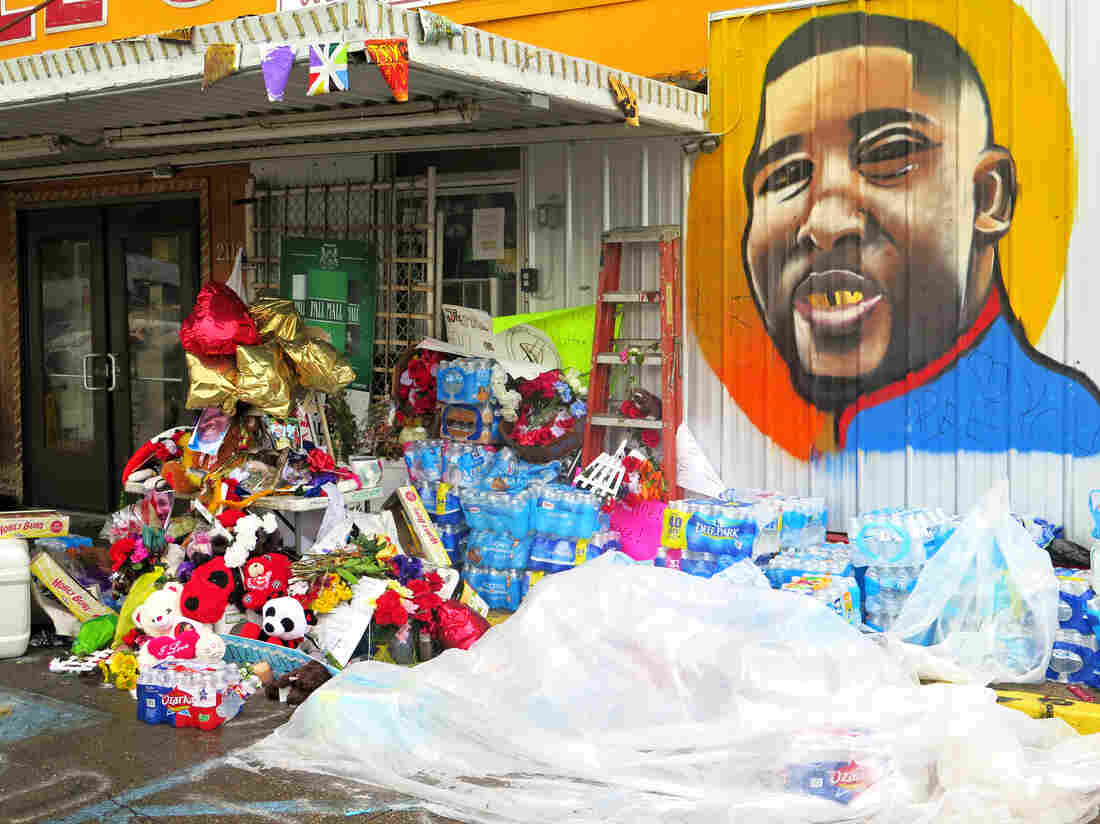 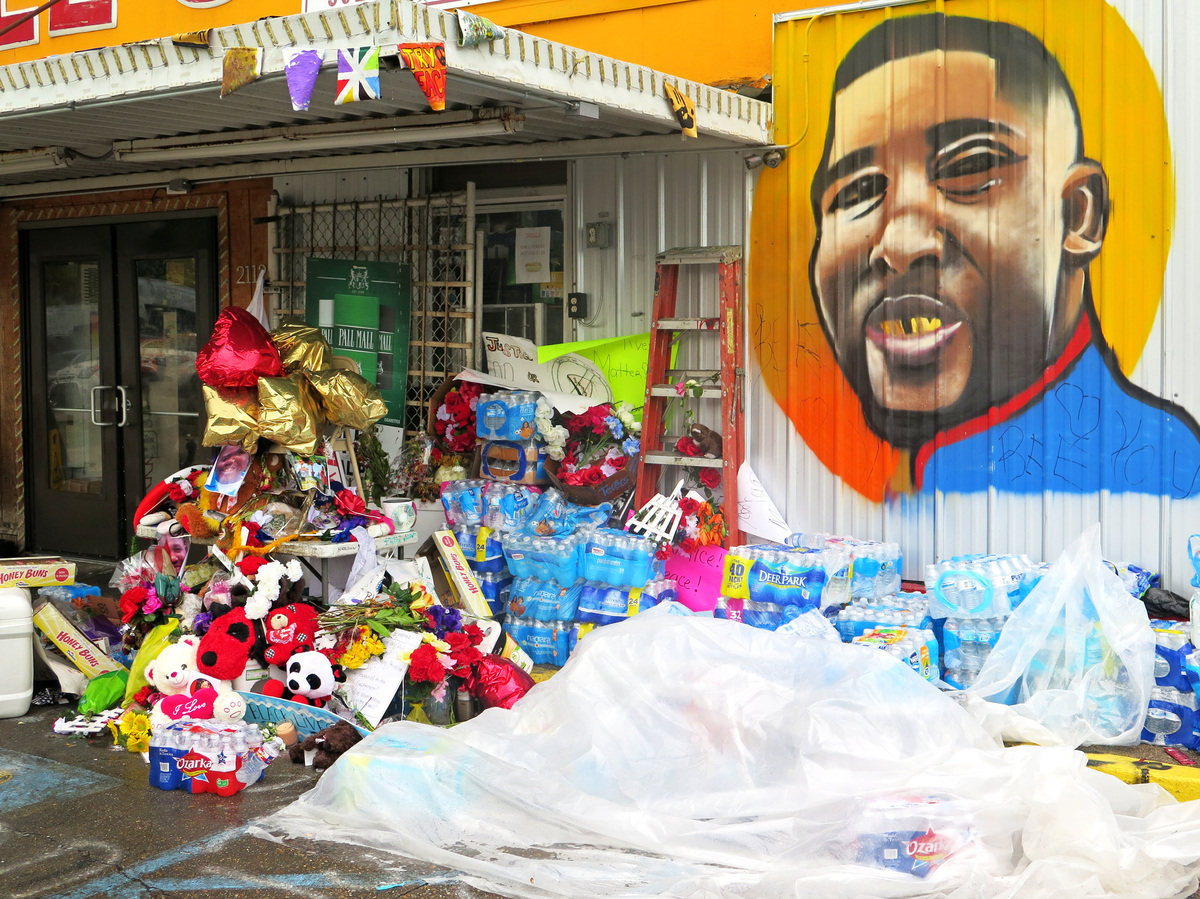 A memorial for Alton Sterling at the Triple S Food Mart in Baton Rouge. Sterling was fatally shot by a Louisiana police officer last week.

The Triple S Mart in Baton Rouge has become a shrine and a gathering place for activists. It's where Alton Sterling was shot and killed by police officers just over a week ago.

Standing in front of a large mural of Sterling at the convenience store, his son, 15-year-old Cameron Sterling said he hoped his father's death would help bring people in the city together.

"My father was a good man," Cameron said. "That was a sacrifice to show everybody what was going on."

A police affidavit says Sterling was reaching for his gun when he was shot by officers. Sterling's supporters believe the videos of the shooting show otherwise.

The investigation is now in the hands of the federal government — not local prosecutors — and many in Baton Rouge believe that's for the best.

Even before last week's fatal police shooting, there was a lack of trust in Baton Rouge between law enforcement and the city's African-American community. The police force is mostly white in a city that's mostly black.

Following Sterling's death, law enforcement agencies responded forcefully to protesters, arresting some 200 people. Police say they were protecting the city from widespread violence. But that response widened the gap between the black community and the city's police force.

The Triple S Mart is on the north side of the city, a mostly African-American neighborhood. It's a world apart from the upscale restaurants and lakeside homes south of an unofficial dividing line, Florida Avenue.

Concerns about police behavior toward the black community go back to at least Katrina, when officers took a hard line against evacuees from New Orleans, allegedly to discourage them from settling here.

Earlier this year, a white officer was videotaped repeatedly punching a black teenager in the head as other officers held him down. The officer was placed on administrative leave.

Wesley works with Together Baton Rouge, an interfaith group working to bridge the gap between the black community and the police force.

"There's a problem of fear on behalf of the police officers, fear for their lives, and in some cases justifiably so," he said. "On the part of the black community, there's the problem of mistrust."

Wesley and others say Baton Rouge needs to renew its commitment to community policing. Critics say a program begun under the previous chief stalled in recent years.

State Rep. Denise Marcelle said an officer committed to community policing would have known who Alton Sterling was.

"He was the guy that everybody called the CD man," Marcelle said. "He sat there and never really bothered anybody. And you would have approached him differently if you would have known him."

"We talk to officers all the time about getting out of the cars, and walking the neighborhoods and talking to people inside your neighborhoods," he said. "The other issue with that is a lot of people don't want to be friends with the police either. You can't make somebody come talk to you."

But there's a bigger problem the police department has to deal with: its poor history in recruiting and hiring minorities.

Baton Rouge's police department has been under a federal consent decree for more than 30 years to improve its minority recruiting. Dabadie said he's making progress adding more minorities to the force, but it's a struggle.

"It is really hard, if you don't have trust in a community, for that community to come be a part of you," Dabadie said. "And that's the obstacle we're fighting daily to get over."

On police relations with the black community, even Louisiana Gov. John Bel Edwards conceded recently "we can do better." He said his administration is working on recommendations on how to begin building trust between law enforcement and the community.