Accessibility links
Sen. Jeff Sessions: Loyal To Trump, Defined By Race And Immigration Alabama Sen. Jeff Sessions backed Donald Trump early on. The two have at least one thing in common: both have been accused as being insensitive on issues of race. 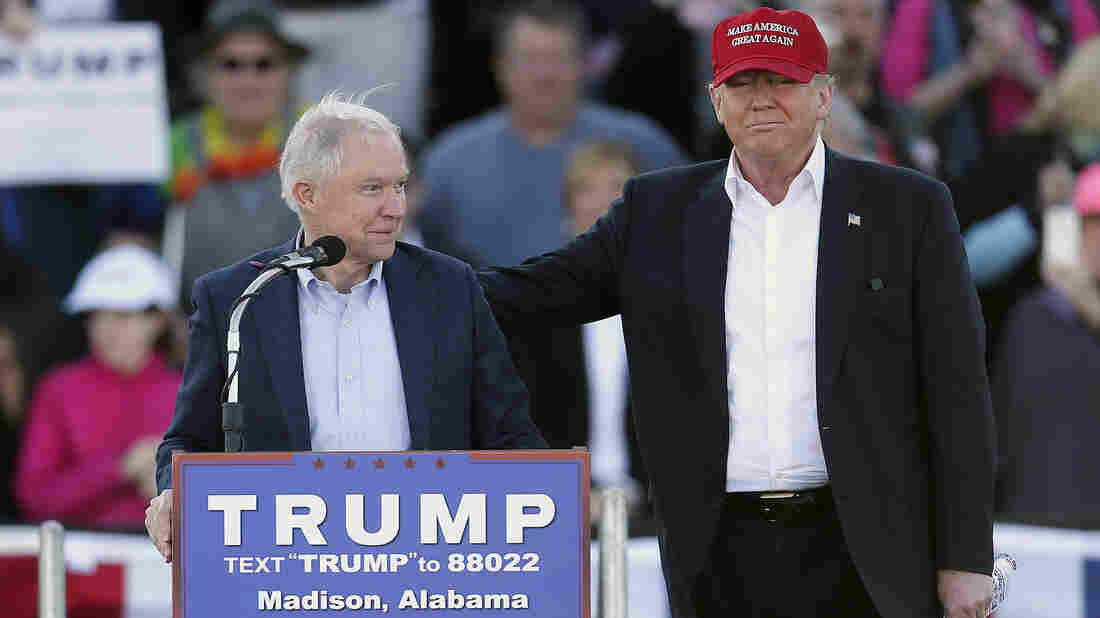 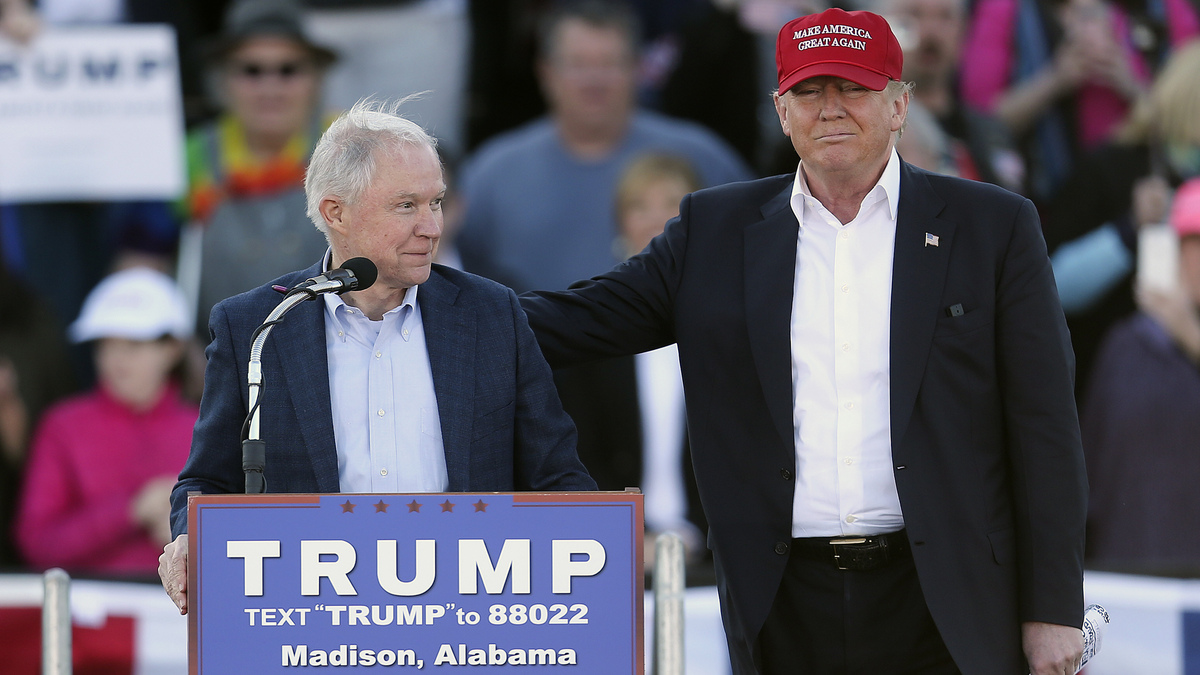 Republican presidential candidate Donald Trump, right, stands next to Sen. Jeff Sessions during a rally in Madison, Ala. on Feb. 28.

A lot has been said about the difficulty Donald Trump has had getting the Republican establishment behind him. But one man has always backed him in the Senate: Republican Jeff Sessions of Alabama.

They're the odd couple of politics: a New York City tycoon and a guy from the deep South. One man is mild-mannered. The other, famous for bold exaggerations.

But Trump and Sessions are linked by their shared hard-line view on one central issue: immigration.

And Sessions too has had a controversial political career.

Leading Senate Democrats accused Sessions years ago of being insensitive on issues of race. Sessions and his supporters have always adamantly denied that — and they continue to do so, as Trump faces his own critics about how he too handles race issues.

A Tiny Town on a Straight Spot in the Road

Jefferson Beauregard Sessions, III grew up two hours north of Mobile, in a tiny town called Hybart. It's tucked in the hills on a 'straight spot in the road,' as residents say around there. Hybart has virtually no cell phone service, and the entire town is one block long. Exactly one resident lives there today.

When Sessions grew up in Hybart — during the 1950's and 60's — the town had about 10 homes. The senator declined to be interviewed for this story, but Les Johnson, a childhood friend of Sessions, was happy to give a tour of the place. He still lives in neighboring Camden and would often visit Hybart as a kid. 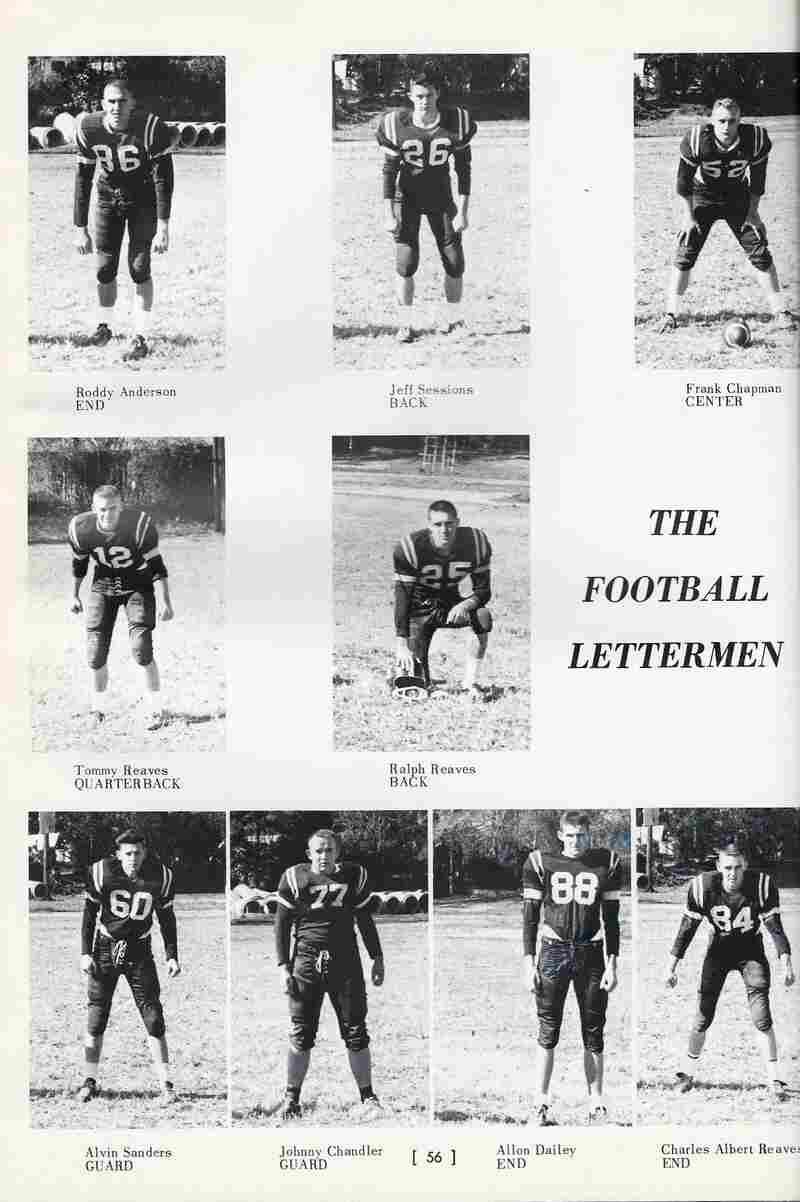 Jeff Sessions, top center, appears in one of his high school yearbooks as a member of his football team. Courtesy of Les Johnson hide caption

"Except for the train coming through on occasion, it was quiet. Still is. There was woods all around you, so you were literally insulated from the rest of the world," Johnson said.

And Johnson says that insulation made for a very sheltered childhood. Even as the civil rights movement unfurled across the South, Johnson said Hybart was a small oasis.

"We had one TV channel — that we could get in good weather," said Johnson.

From first through 12th grade, the boys rode a bus for only white kids, and Johnson said it wasn't something they dwelled on at the time.

"The school was segregated. But every school in the South was segregated at that point in time. It was just the way it was," said Johnson.

Back then, Sessions' father ran a country store. And when Sessions wasn't helping him run it, he might be found at football practice — a 135 pound linebacker.

"He was not particularly strong, but he could hang on tenaciously. And he did. That's the way he lives life — focused on whatever his task is," Johnson said. 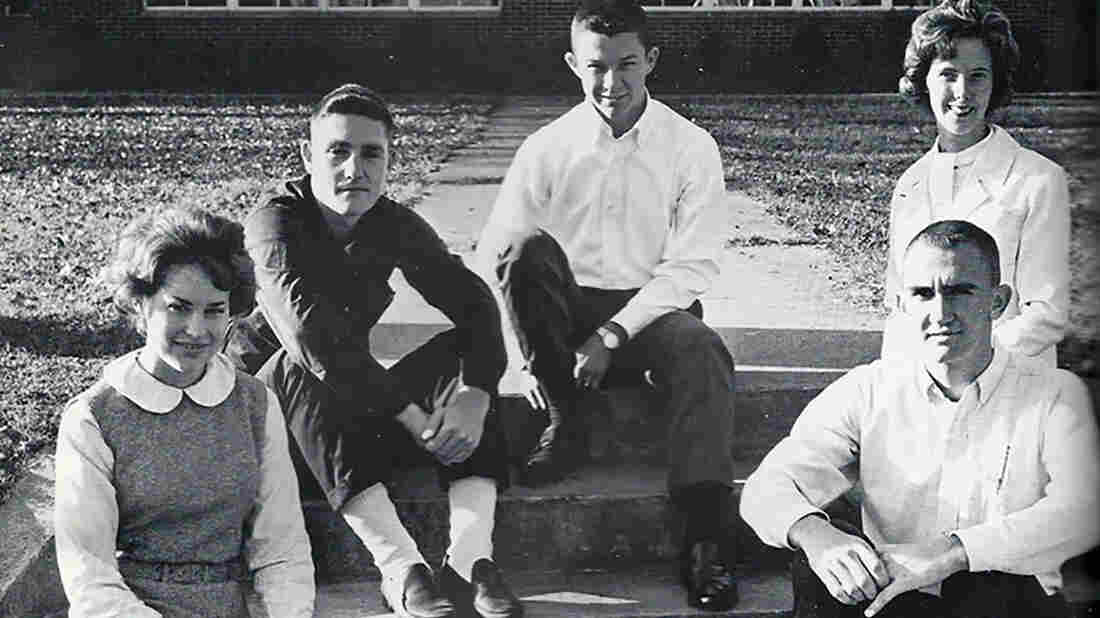 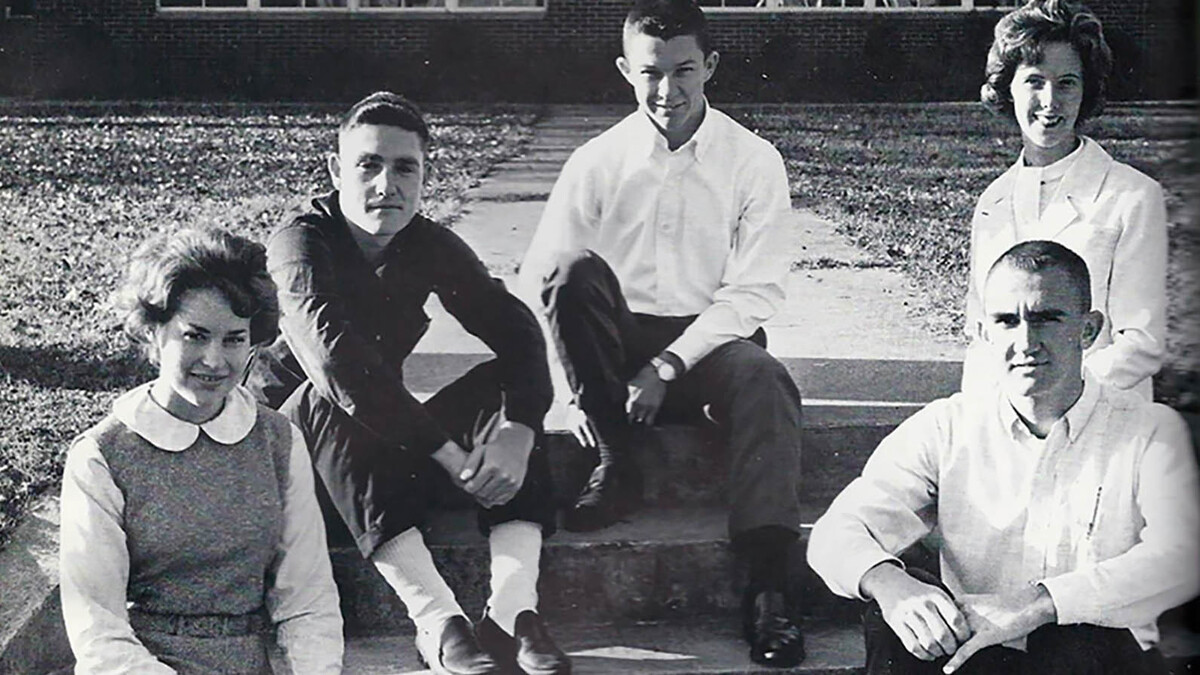 A Controversial Career as a Prosecutor

The little guy who doesn't let go left Hybart to become a lawyer. In 1981, President Reagan appointed him U.S. Attorney in Mobile. That's when Sessions first gained national attention over the issue of race. He prosecuted three black civil rights workers for voter fraud. And Hank Sanders was one of their defense lawyers.

Sessions accused the defendants of crimes like forging signatures on absentee ballots — and in less than three hours of deliberating, the jury delivered zero convictions.

But it wasn't a career setback for Sessions. Soon after, in 1986, President Reagan tapped him to be a federal district court judge. And the issue of race would follow Sessions again.

"I am not the Jeff Sessions my detractors have tried to create. I am not a racist. I am not insensitive to blacks. I have supported civil rights activities in my state. I have done my job with integrity, equality and fairness for all," Sessions told senators in 1986.

But a bipartisan group of 10 senators on the Judiciary Committee wasn't convinced, and voted him down. Sessions was the first Reagan judicial nominee the Senate rejected.

Immigration as his Defining Issue

Today, Sessions' defining issue is immigration — he's the most vocal opponent to immigration reform in the Senate. He opposes a path to legal citizenship for immigrants in the U.S. illegally, backs Trump's plan for a wall and even supports limiting legal immigration in order to protect American jobs.

For Hank Sanders, all that points to Sessions' attitude on race.

"I've never seen any racism in Jeff Sessions, and he's been at this table for years and years, and I have never seen one whiff of it," said Matt Metcalfe, a retired businessman in Mobile who has known Sessions for decades.

Metcalfe is part of a group of men who call themselves "The Captain's Table." They're lawyers, scientists and businessmen who meet just about every week at the Bluegill Restaurant in Mobile to talk politics. Sessions has been dropping by the group for years.

These men have heard Sessions take hits on the issue of race. For Richard Rogers, a chemist in the group, these charges are leveled so often against Southern whites, he said it's become offensive and tiresome.

And the group around this table said Trump's remarks have offended them — especially inflammatory comments he's made about immigrants. When asked if they supported the presumptive Republican nominee, the group fell silent.