Accessibility links
Review: Sango And Dave B, 'Tomorrow' The two — one the face of a new-age quiet storm entity and the other a low-key rapper making small, but steady, waves at home — are convincing. Seattle has something to say.

Review: Sango And Dave B, 'Tomorrow'

Review: Sango And Dave B, 'Tomorrow' 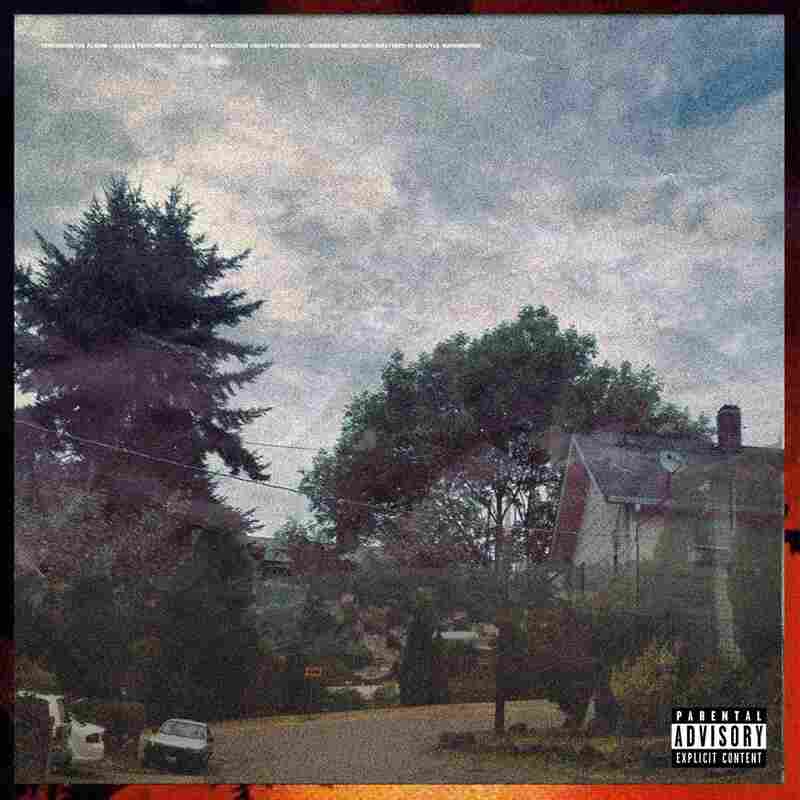 The name Seattle doesn't exactly ring out in the story of hip-hop, certainly not the way Atlanta or New York City or Compton do. Those places are audibly recognizable. But that's not to say that people haven't been making notable rap music up in the northeast corner for decades. If you take a stroll back into Seattle's past, you'll inevitably run into Sir Mix-A-Lot and his immortal single, the title of which I don't even need to type. If you look hard enough in the present, you'll happen upon the left-field creative Shabazz Palaces, who doesn't fit quite neatly into the pure hip-hop box. And then there's perhaps the most polarizing local act of them all, Macklemore, whose earnest beginnings exploded him out of the city, making him its undisputed poster boy a few years back. It's been relatively quiet for the locale since then — but a producer called Sango and a rapper by the name of Dave B, both Seattle natives, are ready to make a little more noise.

For anybody who's ever gone down the rabbit hole of SoundCloud producers, Sango's name will be a familiar one. He's made works with others, like R&B lover and loner JMSN, and Xavier Omär, formerly known as SPZRKT, with whom Sango struck a chord in the Christian rap community. He's also made products that stand alone, like his Brazil-inspired Da Rocinha beat tape series, which catapulted him into the center of the particular limelight cast by Soulection, an LA-based, curated collective of tastemaking producers and DJs.

Dave B, born David Bowman, is not simply a rapper. He tap dances in the highly favored space between rapping and singing, unafraid to focus more on harmonizing than on spitting the hardest 16. His most recent project, last year's Punch Drunk, displayed a narrowing of his focus, choosing to home in on this lighthearted, elastic style that's been popularized by Chicago's golden child Chance The Rapper and the DMV's GoldLink, who characterized the approach as "future bounce."

The two — Sango, a visible face for the aforementioned new-age quiet storm entity Soulection; Dave B, a low-key figure making small, but steady, waves at home — have joined forces to convince listeners that Seattle has something to say. The result of their partnership is Tomorrow, which manages to sound more like Seattle than one might expect, with its direct atmospheric references and samples that paint a picture of the city.

Sango wastes no time setting the scene, opening the album with a combination of man-made sounds, like metallic clangs that stand in as buoys, and noises you might hear naturally in the right setting: a fog horn, seagulls, waves lapping against a shore. He dims the light on those elements and Dave B enters to begin his story about playing for keeps and going for his — both career-wise and in his love life. The next song, "Help Me Find a Way," is a marked transition that feels mobile. Riding an elegant beat flip from Sango, Dave B stretches across the production, interpolating A Tribe Called Quest's "Find a Way" with ease.

The only feature on the project comes from Raider Klan ex-pat Key Nyata, who also hails from Seattle. Ironically, it appears on "Do Not Disturb," a track that's made to sound like isolation and standoffishness. Key and Dave trade verses about a rough break up and their desires to move forward with no distractions. Immediately after, the album takes a deep dive into a spiraling, dissonant darkness with "Gone," one of its stand-out tracks and the shortest. Dave B emotes through Sango's tornado of production, hoping someone, anyone notices before his time runs out.

From the back-to-back "Cold Weather" and "Right Here," which act as a storm and sunshine pairing, to the adventurous and skittering "Whatever Happens," it's easy to visualize Sango hunched over his electronic drawing board, picking out the beeps and blips and warbles that he hears the most potential in. The songs bleed into each other until the duo's final offering, "I Don't Care What Y'all Think." There, Sango revisits the sample-heavy, propulsive baile funk style that initially set him apart with his Da Rocinha series. In a rare moment, we get a chance to hear someone really rap over his signature production style, as Dave B doesn't back down from the challenge.

Between subject matter and production, Tomorrow feels cool and gray throughout, but never dreary or gloomy. It sounds contemplative, young but wise — like the reality of living in one decision, and debating your next one.