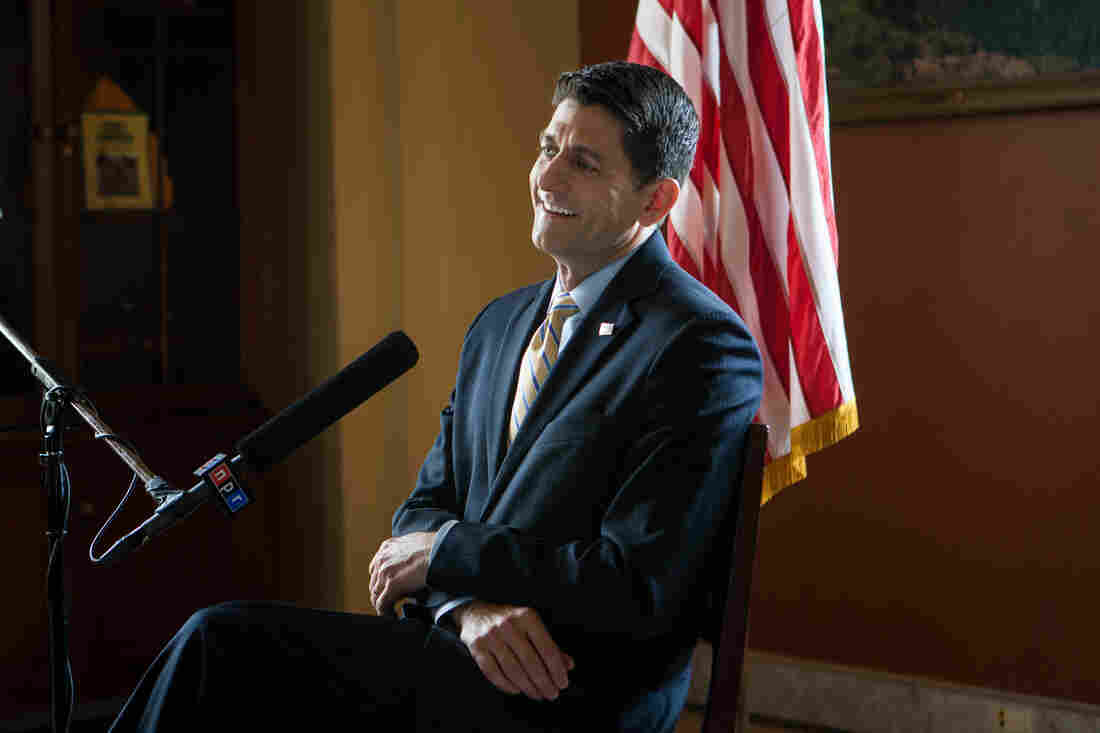 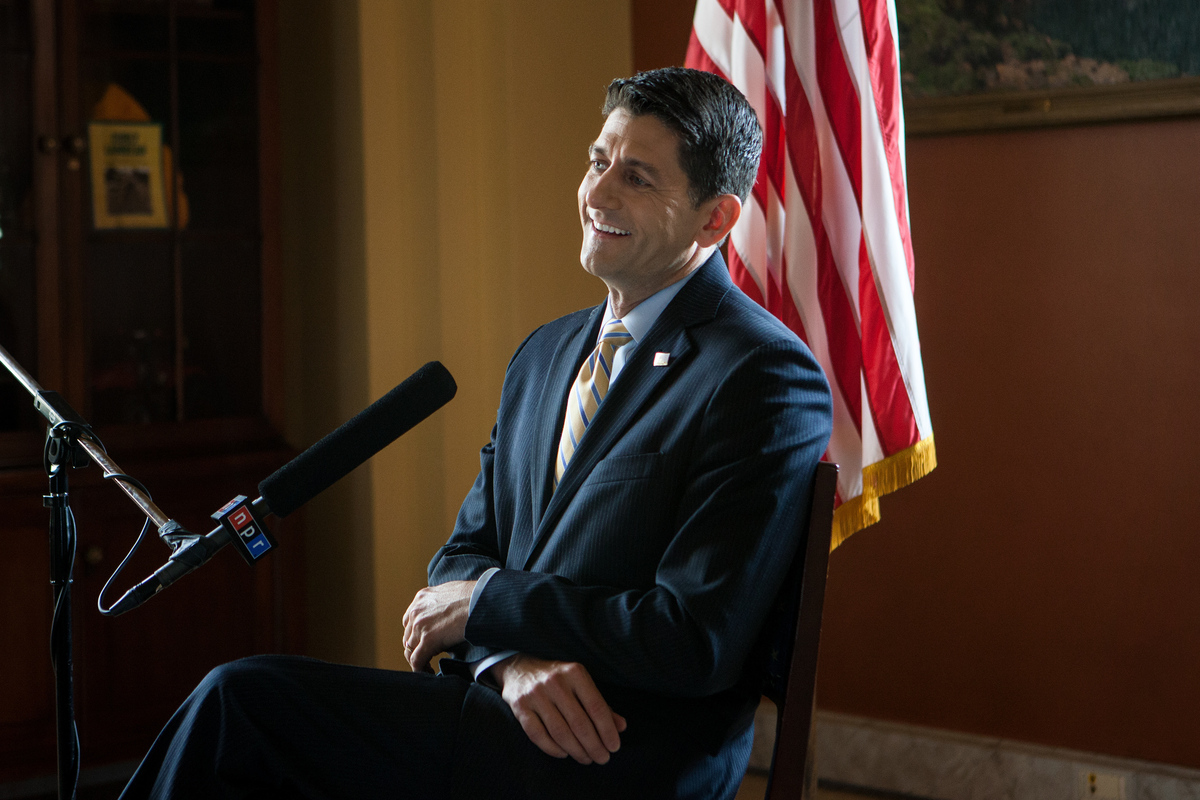 NPR's Steve Inskeep interviews Speaker of the House Paul Ryan in the speaker's conference room at the U.S. Capitol in Washington, D.C.

House Speaker Paul Ryan knows what it's like to be thrown into running for vice president. Just four years ago, he was named Mitt Romney's running mate in the former Massachusetts governor's failed bid for the presidency.

Presumptive Republican nominee Donald Trump was set to name his running mate — who, a source tells NPR, will be Indiana Gov. Mike Pence — on Friday, but he postponed the announcement in the wake of Thursday evening's attacks in Nice, France.

Ryan told NPR's Steve Inskeep in an interview for Morning Edition that whoever is picked should try to just be himself.

"They're going to sort of dig through your life. Just know that's going to happen, be prepared for that," Ryan said. "Get thick skin. As you get thick skin, don't make it impermeable skin. Don't lose who you are, don't lose your personality."

Ryan said there's always a worry that "you don't want to screw up" and "undermine the campaign." But he said the running mate shouldn't "become too overly scripted. Make sure that you're actually naturally yourself. And just represent yourself in the way you want to."

Ryan also encouraged the vice presidential pick to "get a little outside [his] comfort zone" and scripted rallies and "speak with nontraditional voters who aren't used to seeing Republicans and who haven't heard our message."

"[Go] to the minority communities. Go into the inner cities. Go into bastions of Democrats and present your case," Ryan continued. "Give people in this country a flavor of what our ideas look like."